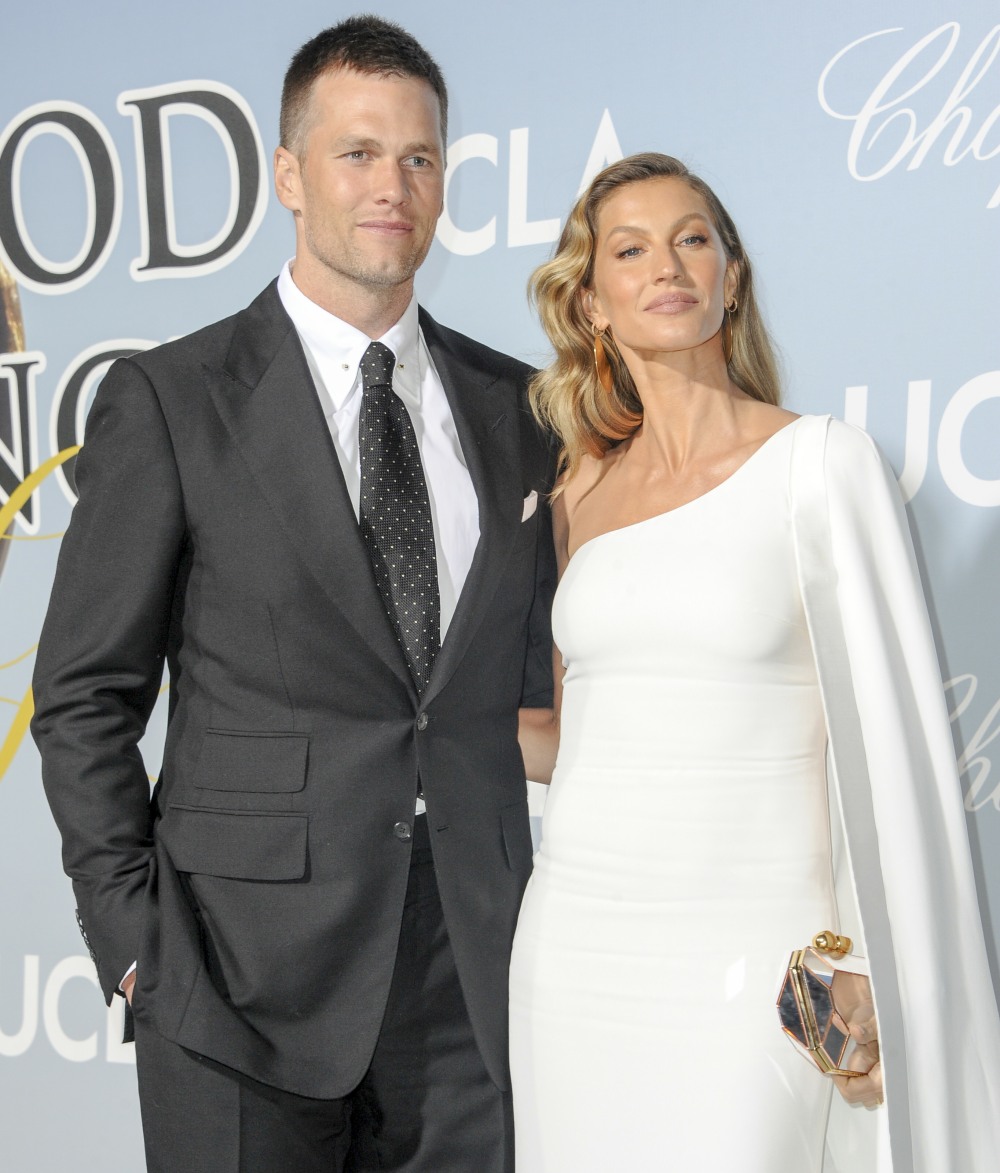 This weekend, we’ll find out which teams make it to the Super Bowl on February 2. The AFC Championship game is between the Tennessee Titans aand Kansas City Chiefs. The NFC Championship game is between Green Bay Packers and the San Francisco 49ers. Bleacher Report says the Super Bowl will probably be the 49ers versus the Chiefs. I’m writing all of this because A) I did not know any of this before now and B) I heard that the Patriots had a terrible season, but they’ve had terrible seasons before and still managed to somehow fluke their way to the Super Bowl, but not this year. So, is Tom Brady done with the Patriots? It looks like he is – his Brookline, Massachusetts home is on the market, his suite at Gillette Stadium has been cleared out, and Tom and Gisele Bundchen bought a new home in Greenwich, Connecticut. Oof.

Tom Brady has reportedly left Massachusetts! The New England Patriots star, who previously resided in Brookline, is believed to have moved his wife Gisele Bündchen and their kids into a new home in Greenwich, Connecticut, according to local sports radio network WEEI.

The news was revealed on Tuesday’s segment of WEEI’s The Greg Hill Show hosted by Greg Hill, who also shared that Brady’s suite at Gillette Stadium where Bündchen, 39, usually watches his games has “been cleaned out.”

“It would appear to be, by those who are in the know; that it has been cleaned out in a way that perhaps it has never been cleaned out before,” Hill explained. Reps for the couple did not immediately respond to PEOPLE’s request for comment. Brady, 42, and Bündchen put their Boston mansion on the market for $35 million in August.

The reveal of his alleged move to Connecticut comes before Brady is eligible for free agency in March, meaning he still has two months before he can decide to sign freely with any NFL franchise in the 2020 season.

After the Patriots ended their 2019 season with a loss against the Tennessee Titans, Brady opened up about his future in football, saying “it’s pretty unlikely” that’d he’d be retiring following the game. However, as for how much longer Brady, who’s helped the Patriots win six Super Bowl championships, will remain with the his team of 20 years, he said, “Who knows what the future holds? I love the Patriots. They have the greatest organization. Playing for Mr. [Robert] Kraft all these years and coach Belichick, there’s nobody who has had a better career than me, just being with them. I’m very blessed. I don’t know what the future looks like, so I’m not going to predict it.”

Kraft, Chief Executive Officer of the New England Patriots, said he’s happy to see Brady become a free agent, telling NBC Sports that the player deserves it, but hopes to see the quarterback back on his team for the 2020 season.

Considering I know absolutely nothing about football gossip, I am utterly unqualified to put my two cents in here. But that won’t stop me. My take, from reading Brady’s interviews over the years, is that there’s part of him which would really like to end his career in Boston. But he also believes that he should and can keep playing for many more years, and I don’t think the Patriots want to give him the paycheck he thinks he deserves, plus the Patriots (as an organization) want to start building their post-Brady team. So, yeah… he’s probably going to another team. He probably already has something lined up.