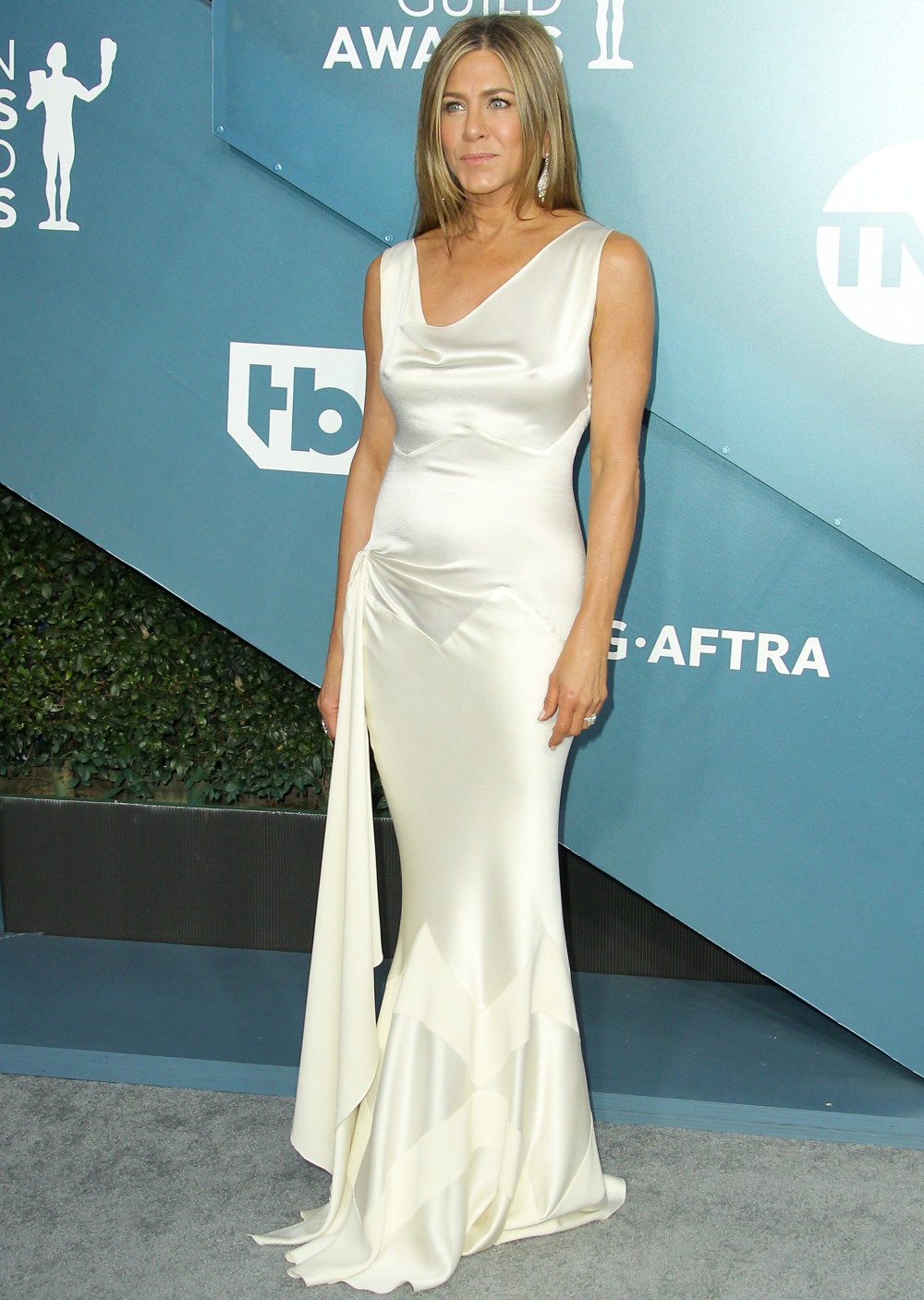 Just like at the Golden Globes, it was all about the reunion of Brad & Jen, aka Brad Pitt and Jennifer Aniston, the couple who has been divorced for fifteen years. The bulk of those fifteen years, Brad was with Angelina Jolie, until it all went to hell in an alcoholic blaze in 2016. Brad Pitt did something to his son Maddox and it was bad enough that Angelina ghosted with the kids, and Brad went into some kind of rehab program. They’re still not divorced. I wondered if there would be any reference to Angelina or the kids during Brad’s Oscar campaign, and last night there was. Someone gave Brad some “jokes” to tell if and when he won. These are the jokes:

“I’m gonna add this to my Tindr profile” and “Quentin has separated more women from their shoes than the TSA” and then this: “Let’s be honest, it wasn’t a difficult part, a guy who gets high, takes his shirt off and doesn’t get on with his wife…it was a big stretch.” Brad’s OUATIH character most likely killed his wife. Brad Pitt attacked his family so badly that Angelina hasn’t wanted anything to do with him since. But now it’s a laugh line at an awards show? I mean…

Meanwhile, Jennifer wore this (bridal?) Dior gown which… was fine. I was surprised she didn’t wear black, but it worked out perfectly – Jennifer won a SAG for The Morning Show, and then she and Brad reunited backstage (after he stopped to watch her speech backstage) and the whole photoshoot looks very wedding-y. CAA must be so pleased! 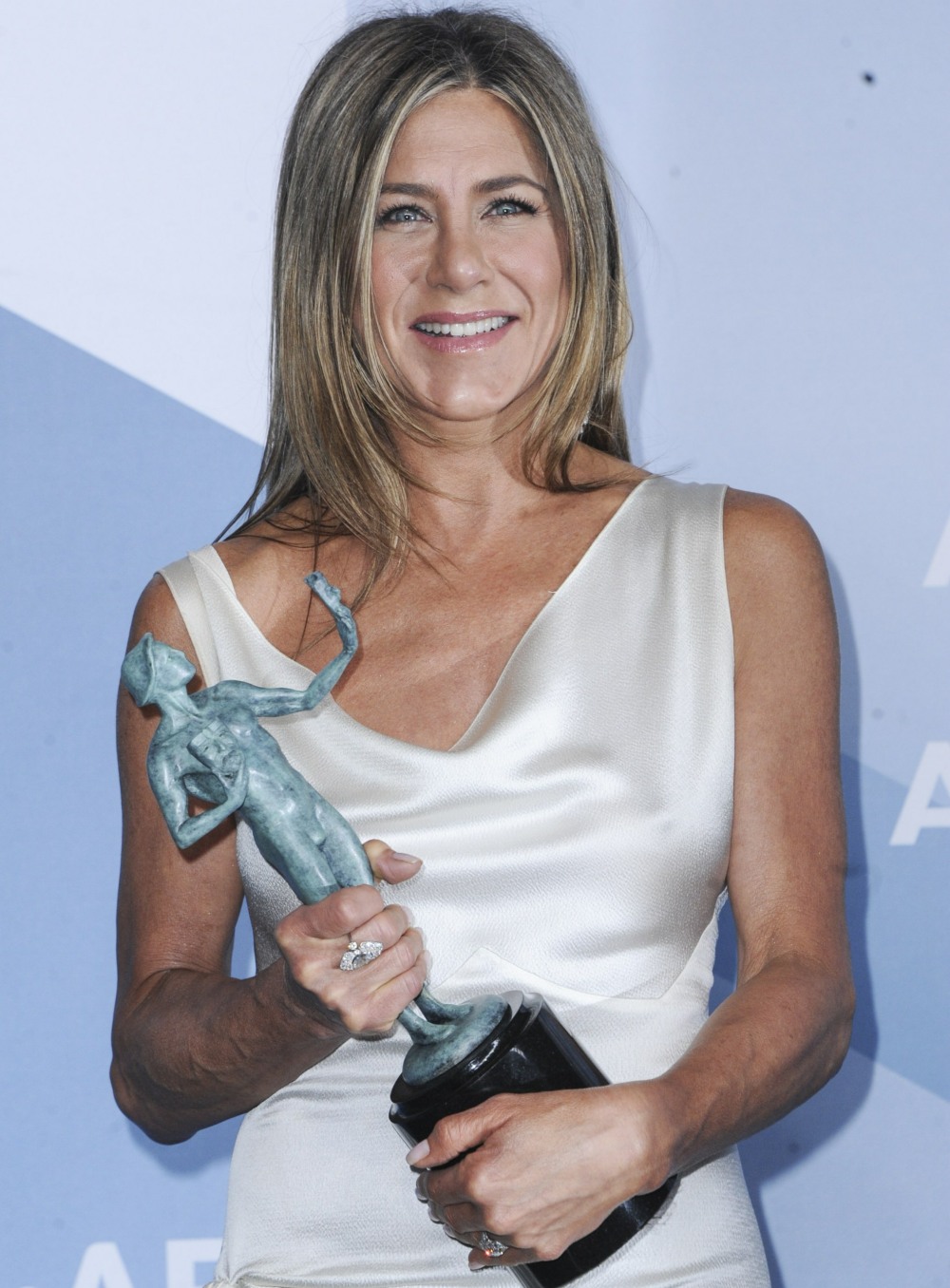 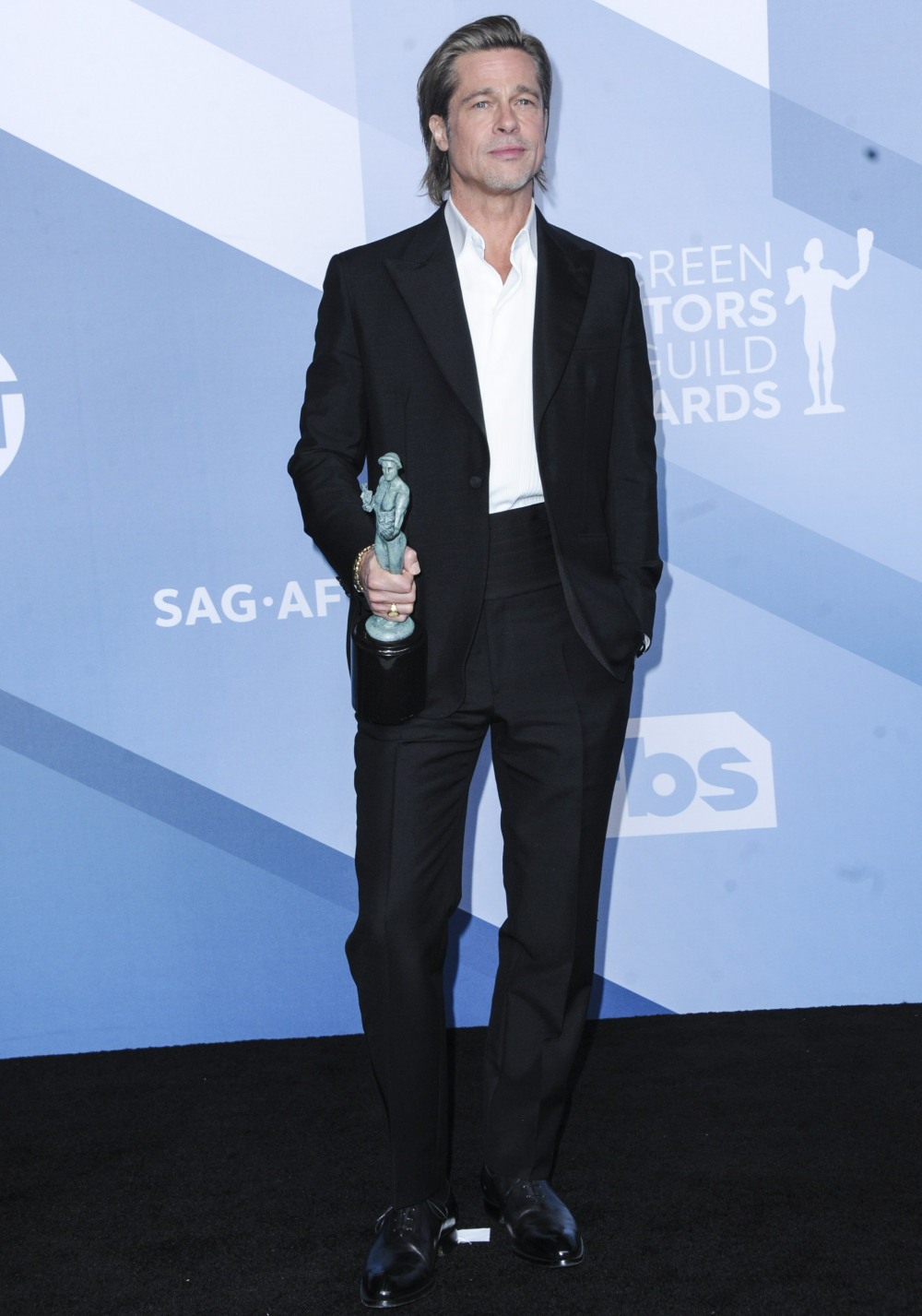 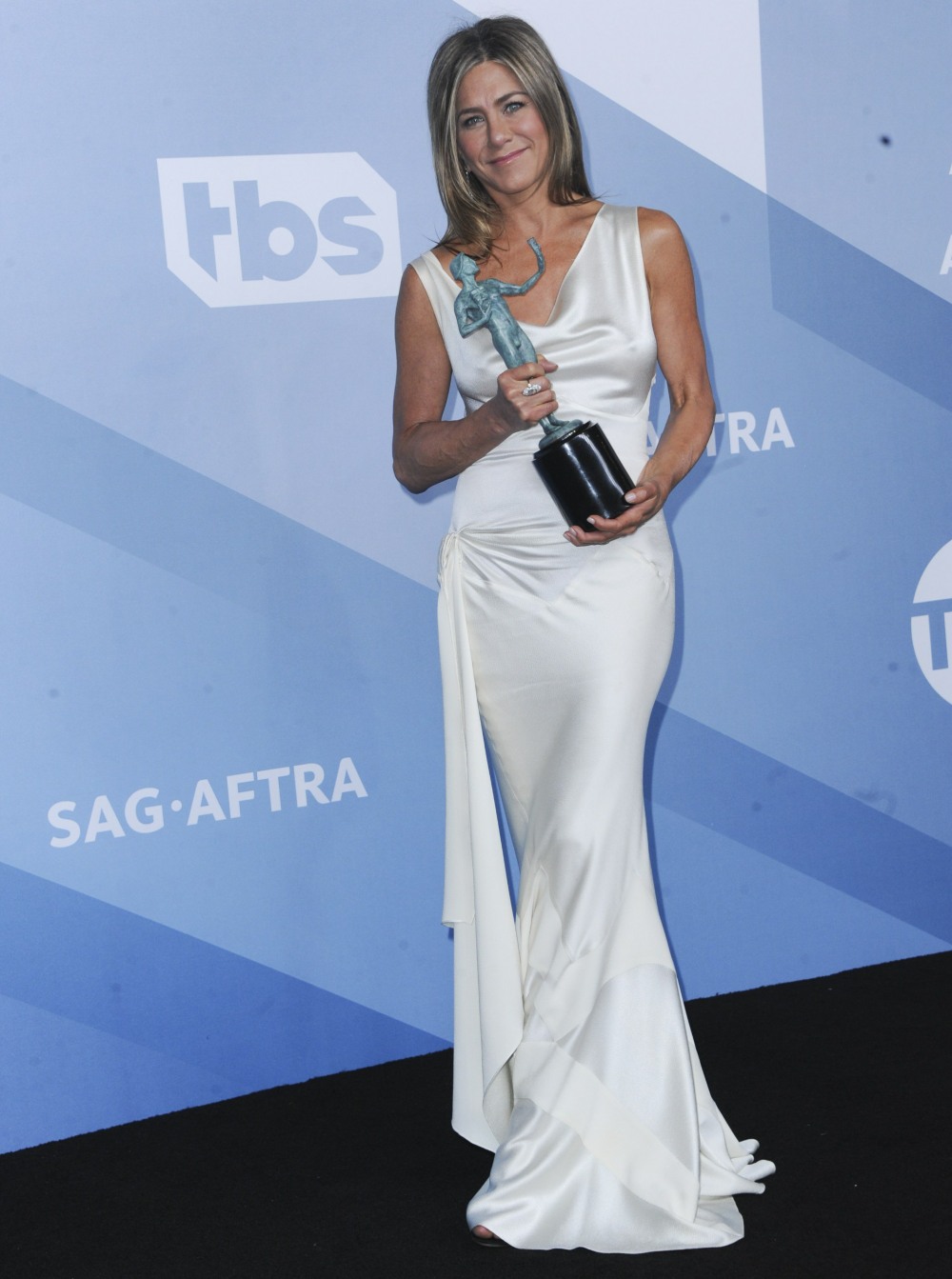