Lupita Nyong’o in Louis Vuitton at the SAGs: kind of a second-choice look, right? 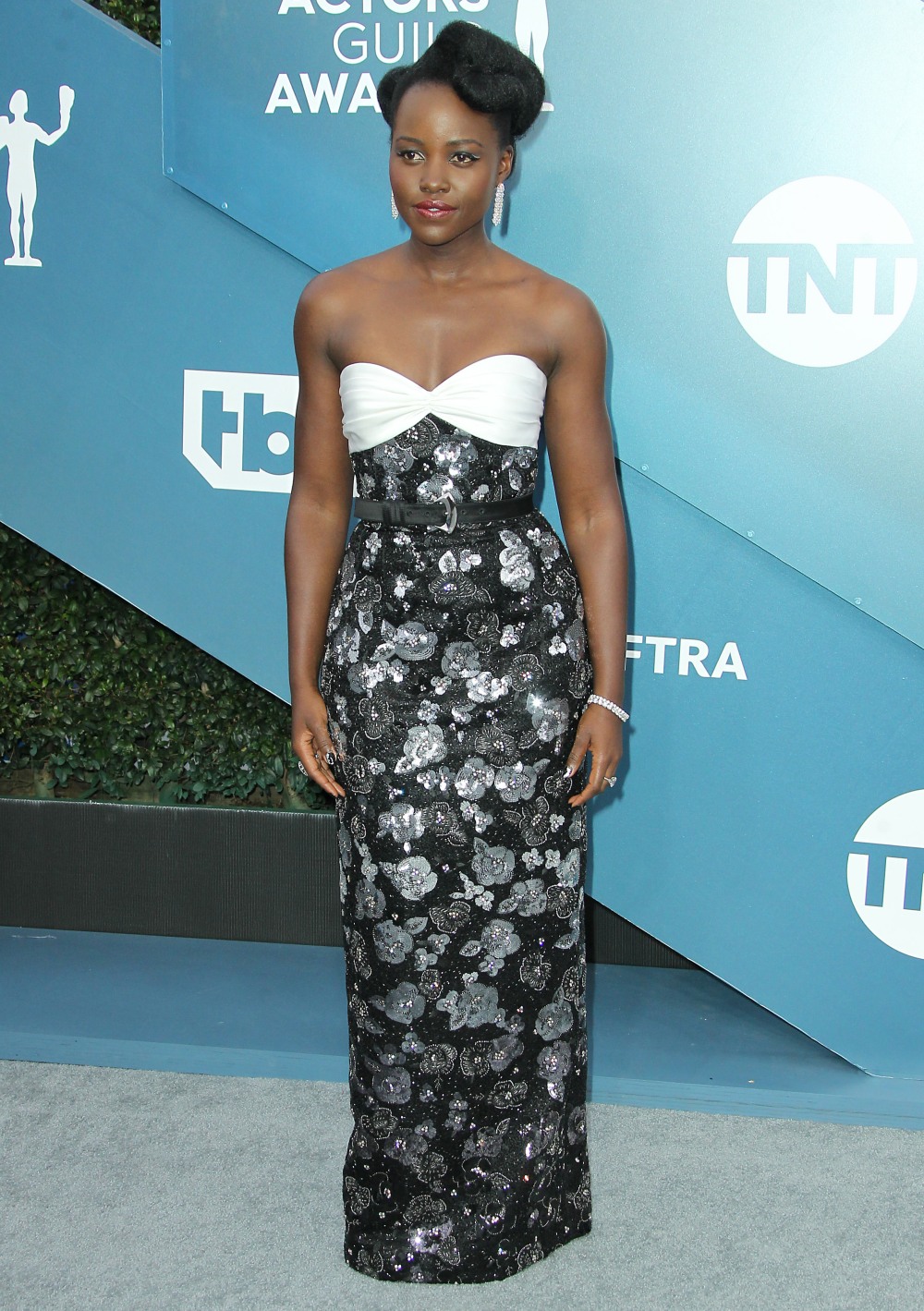 I was more impressed with Lupita Nyong’o and her whole look when I watched the SAG Awards red carpet live stream. This Louis Vuitton look was very pretty in motion, which is little surprise because Lupita usually kills it, and she’s been wearing outstanding looks throughout the awards season already. But now that I see the LV in photos… it’s not that great. Lupita has worn much better stuff to smaller critics’ awards, honestly. Maybe this LV was her second or third choice. I think the white “bandeau” bust is throwing off the look. Also: Lupita was nominated for a SAG for Us but she lost to Renee Zellweger. Lupita wasn’t even nominated for an Oscar, so this is probably her last awards show of the season. 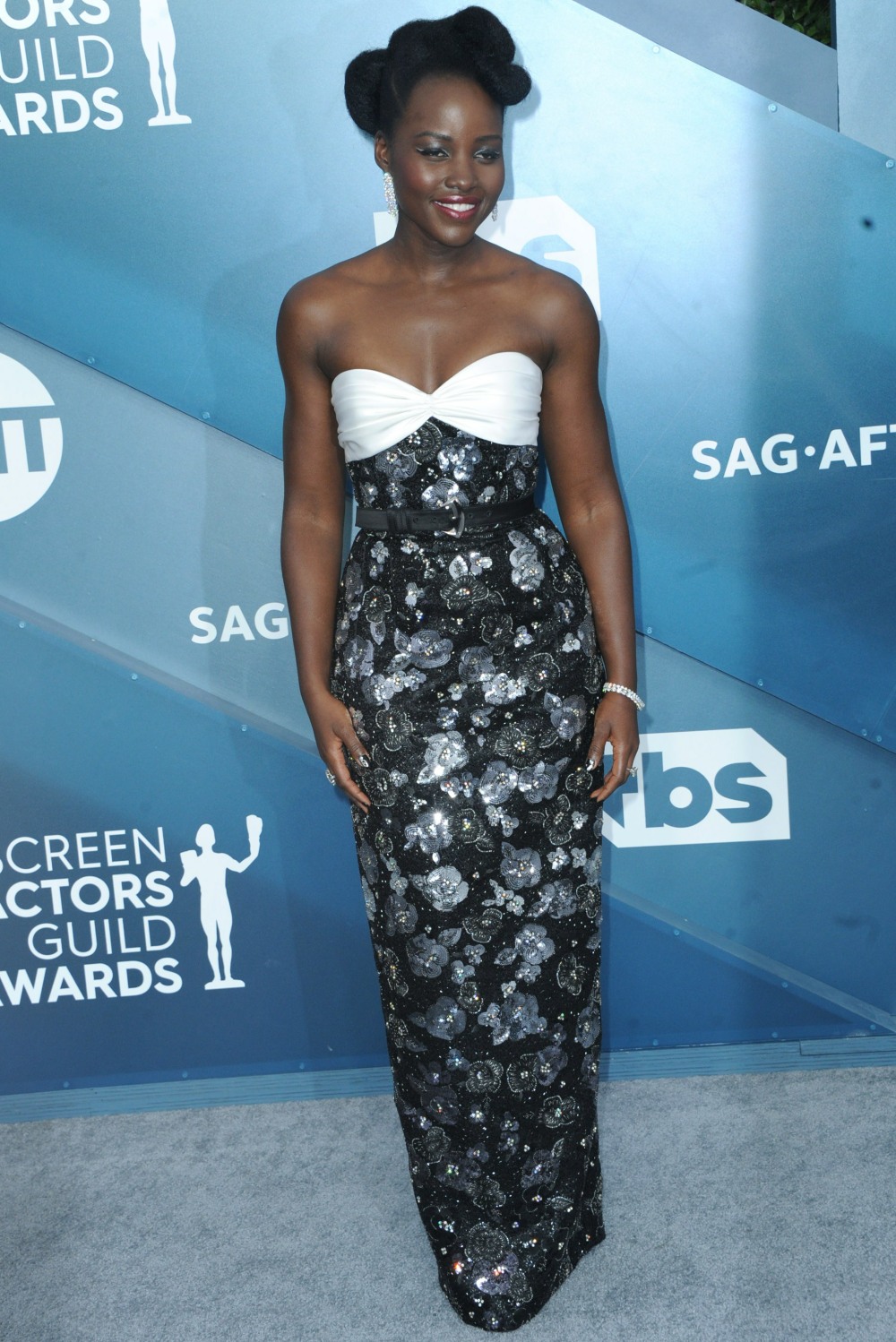 Do you remember, back in the day, when Zooey Deschanel first got married to that hot producer guy and suddenly she stopped wearing, like, vintage children’s clothing? I used to say that her hot husband f–ked the twee out of her. I feel like something similar happened to Michelle Williams, honestly. Michelle used to wander around awards shows dressed like the ghost of a Civil War widow and barely speaking above a whisper. But look at her now – a sophisticated (and pregnant) bombshell in a lovely Louis Vuitton. Red lip! Great hair too. I thank her jumpoff guy Thomas Kail for their messiness, because he finally got Michelle to dress like a STAR. I also love that Michelle has won everything across the board for Fosse/Verdon. She was SO GOOD in that. 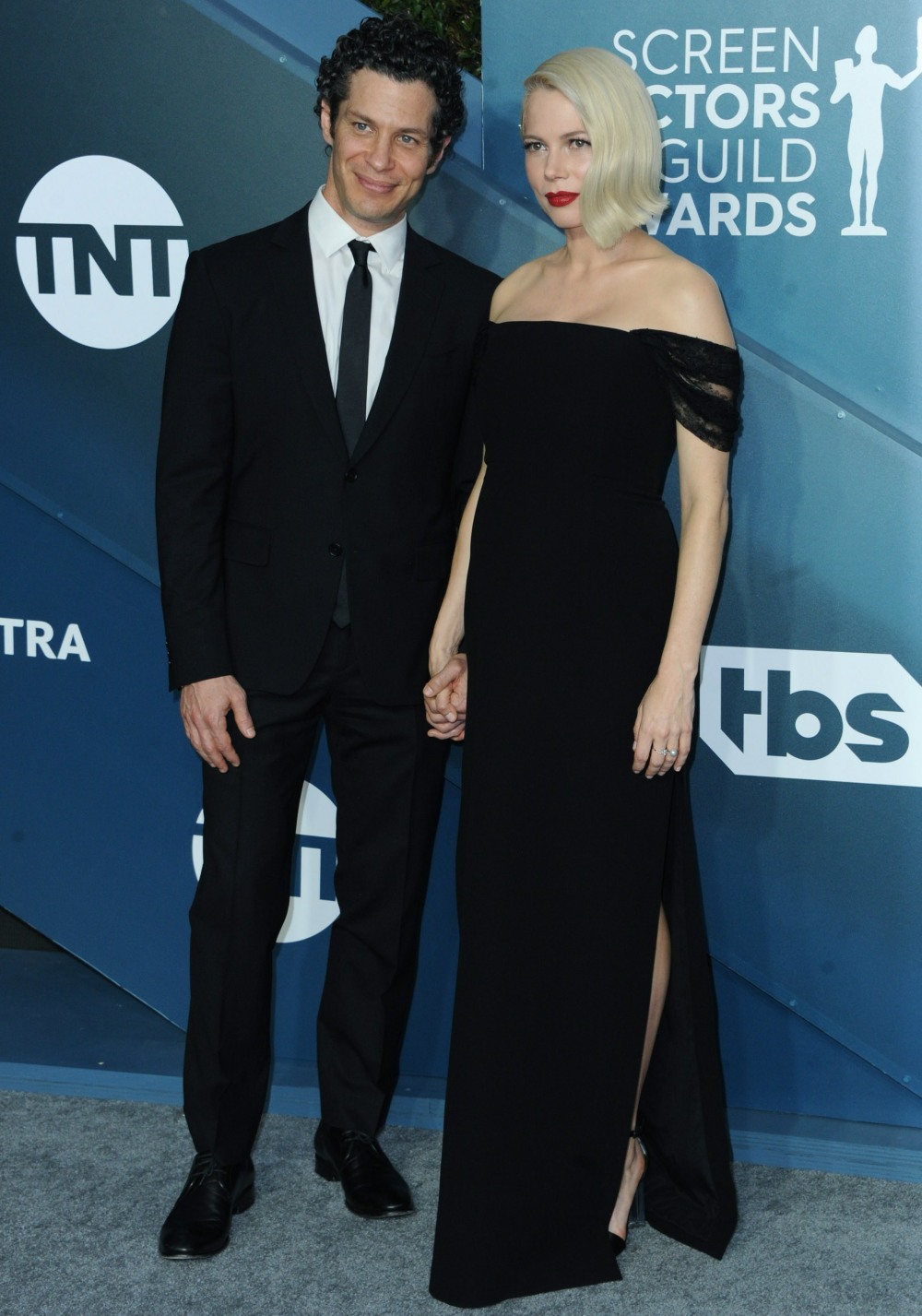 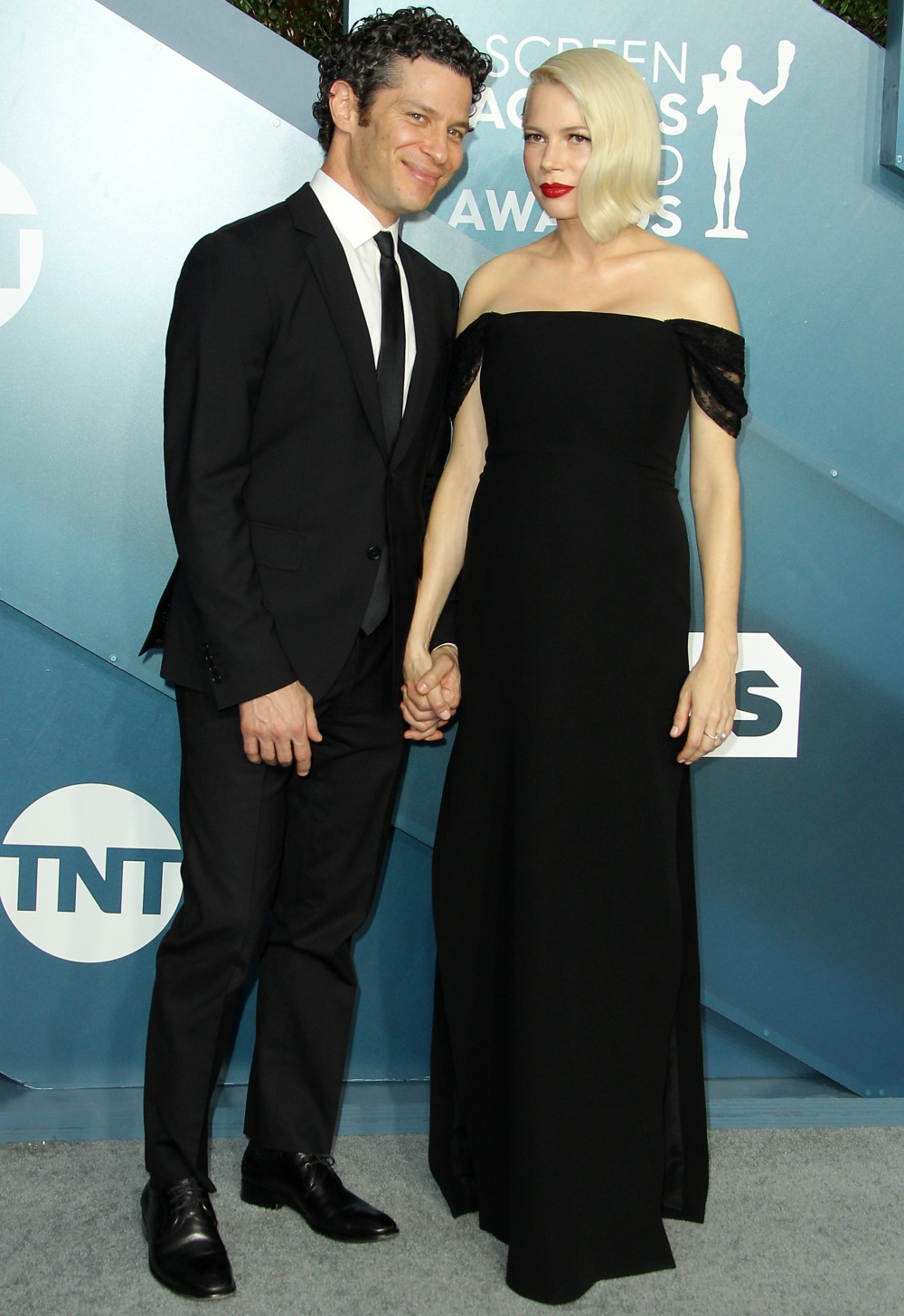 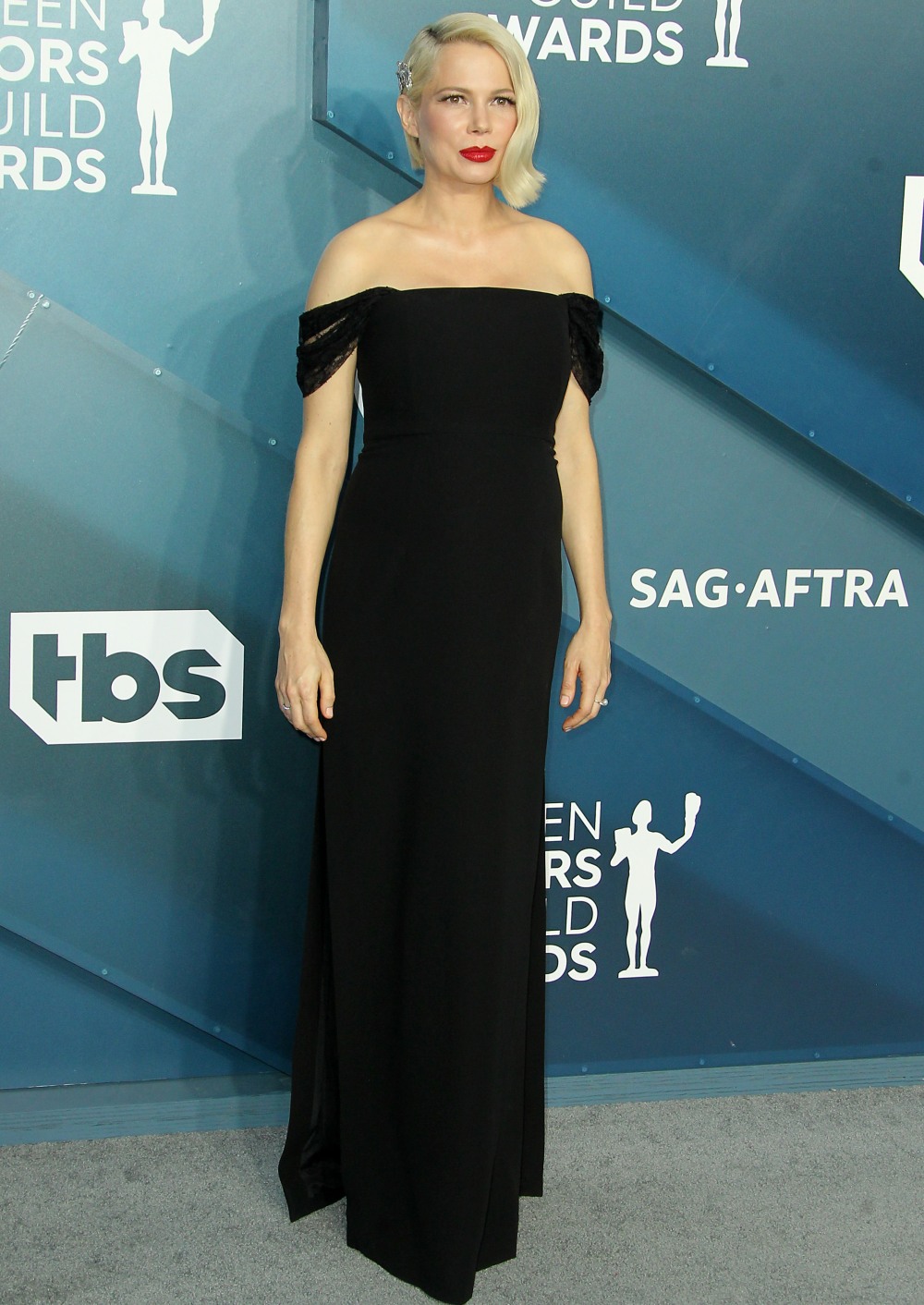 11 Responses to “Lupita Nyong’o in Louis Vuitton at the SAGs: kind of a second-choice look, right?”