Millie Bobby Brown in Louis Vuitton: too mature & matronly for a 15-year-old? 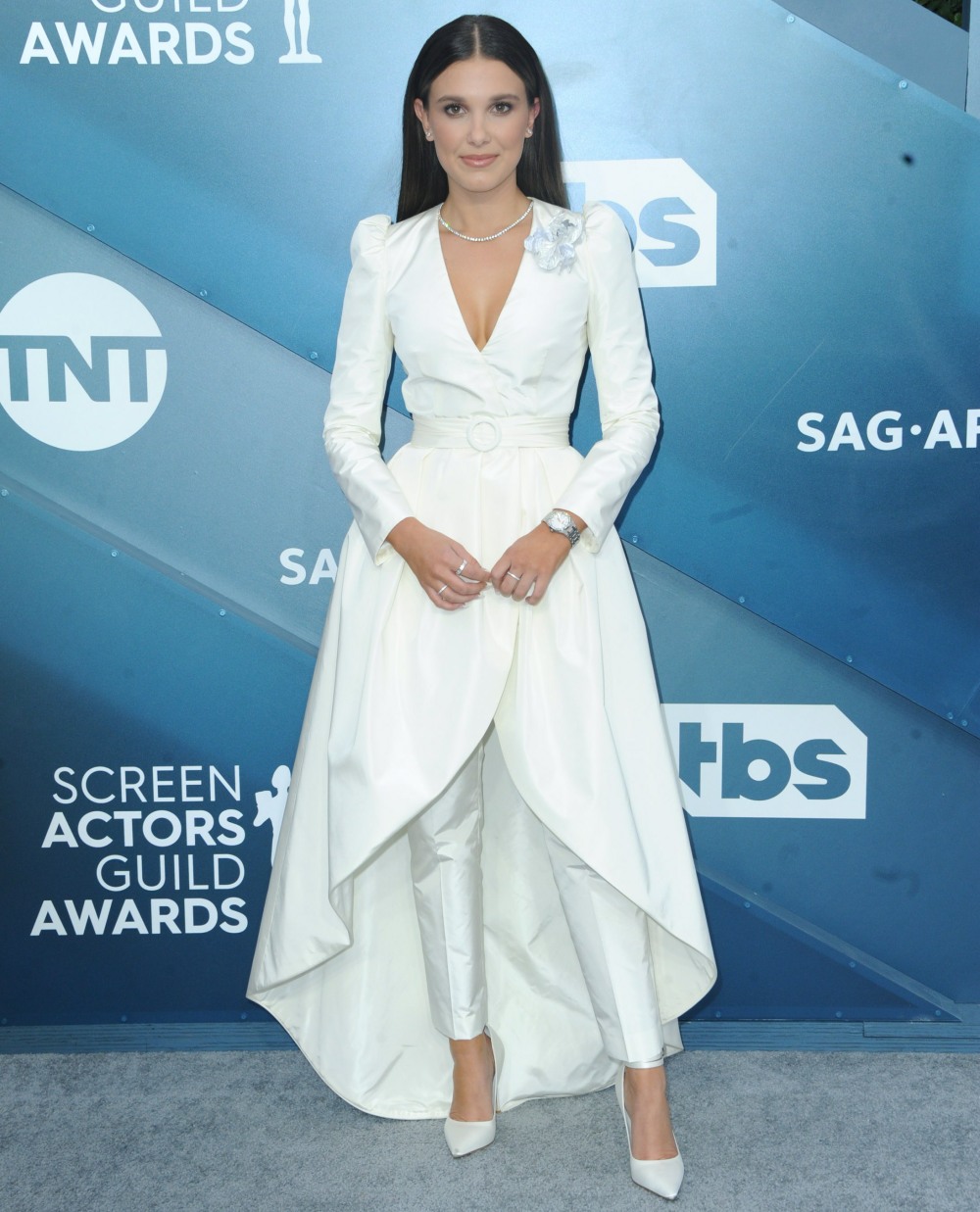 Millie Bobby Brown is only 15 years old. Is that right? She turns 16 in a few weeks. We already know that she’s the breadwinner for her family. MBB has already lived enough life to make a really tragic memoir. Millie was in a matronly Louis Vuitton ensemble at the SAG Awards. This LV would have looked badass on Helen Mirren or Meryl Streep or Glenn Close. On a 15-year-old girl, it looks… well…*deep sigh*. I don’t think this is a case of “Millie trying to look older.” I think the fashion industry doesn’t know how to make clothes for young teenage girls, AND Millie’s stylist doesn’t know what to do with her. 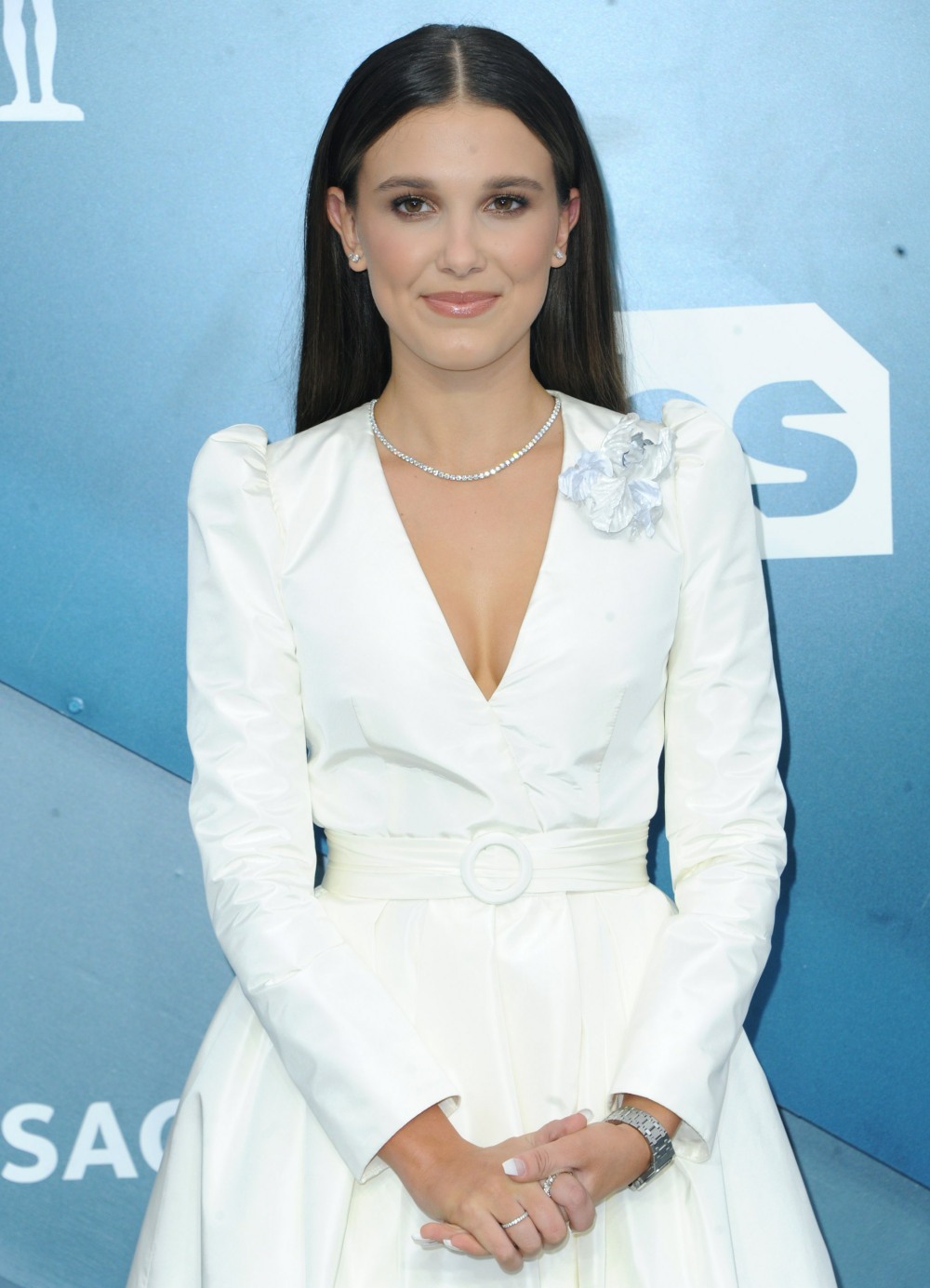 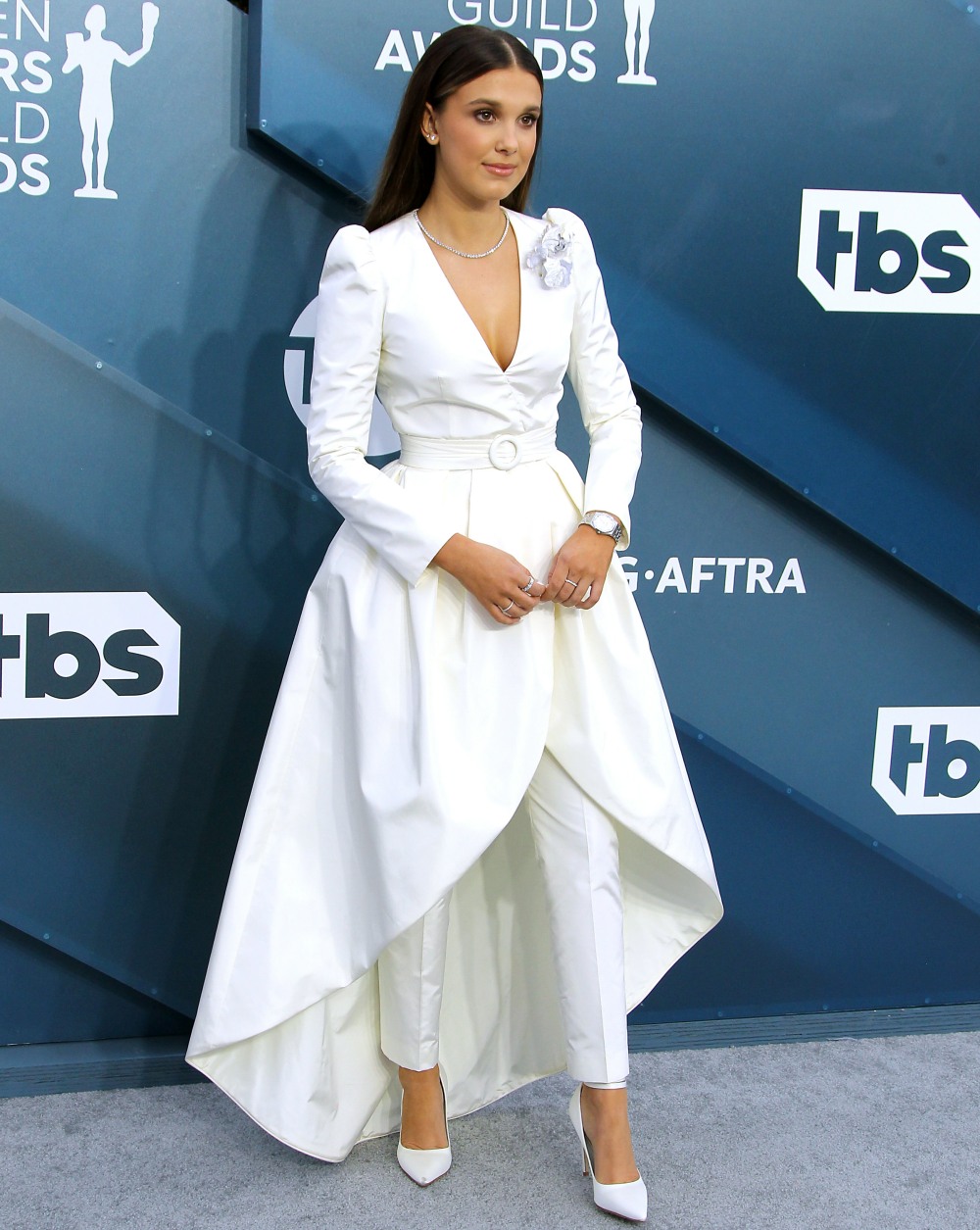 Sophie Turner in Louis Vuitton. I love this? Beautiful color, pretty well tailored, it suits her and she looks very pretty. She has an LV contract, I’m pretty sure, and so she might get first dibs on stuff like this. She worked it too.

Gwendoline Christie in Rick Owens (I think). This whole look is a major MOOD. The volume of it, on a woman her height… it’s amazing. The idea behind women’s fashion is to be body-con, to be smaller, to take up less physical and emotional space. And here’s big, tall Gwendoline and her massive dress. Love her. 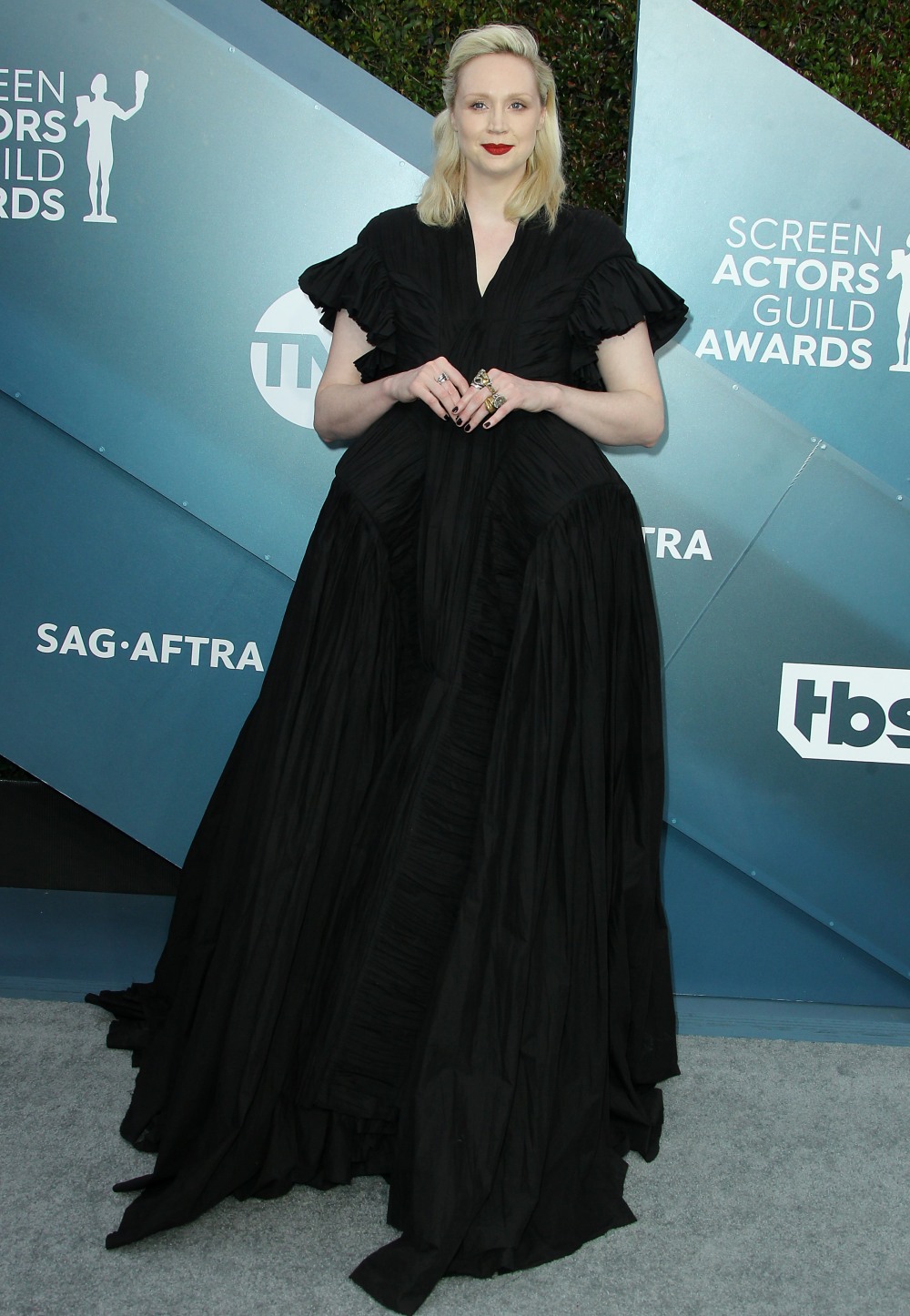 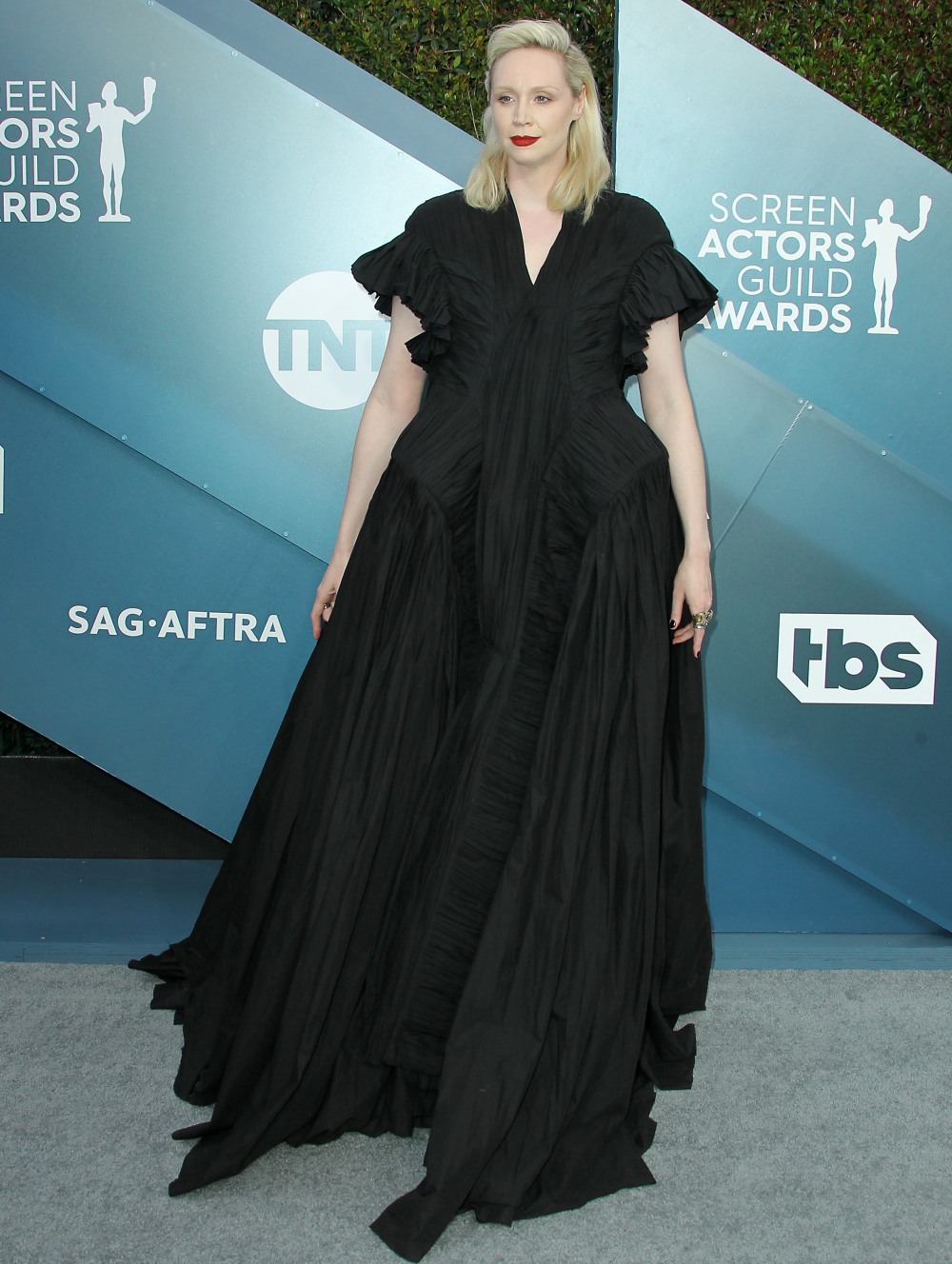 58 Responses to “Millie Bobby Brown in Louis Vuitton: too mature & matronly for a 15-year-old?”