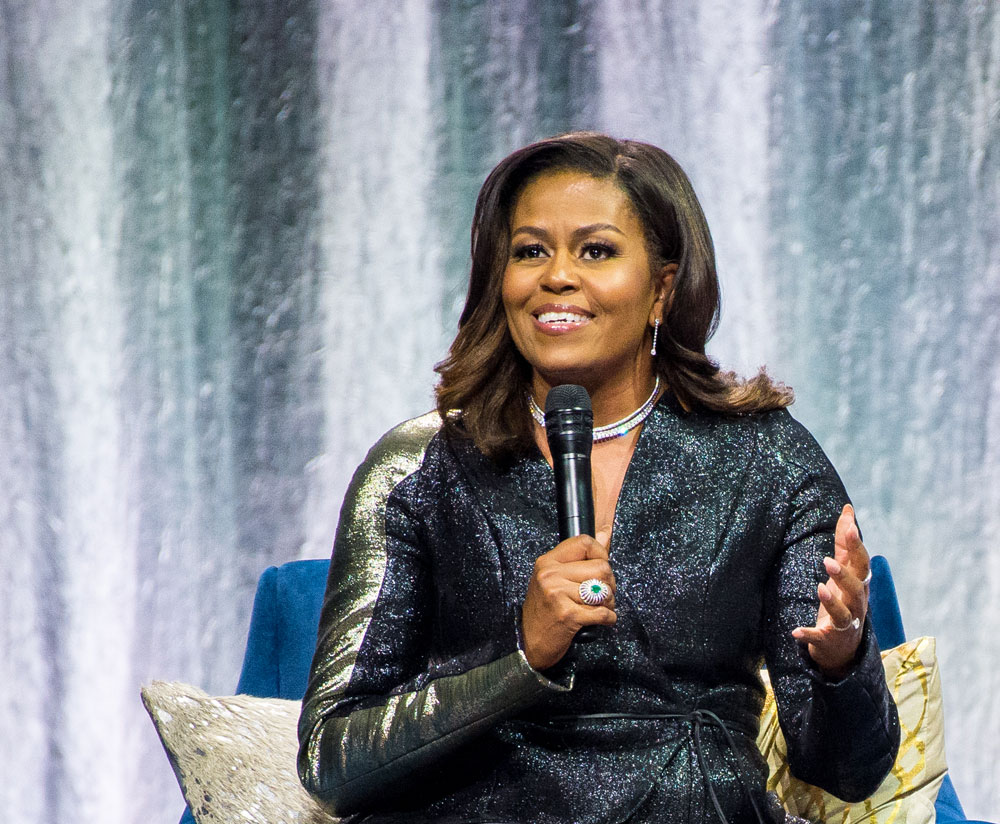 At the end of December President Obama shared his top picks in books, movies, tv, and music released in 2019. Like Kaiser, I love knowing that Obama is a nerd, and that he loves reading widely, watching movies, and the art that people are creating. I love that he curates lists of his favorites for other people to check out. I’m ashamed to say that while I’m familiar with many of the books he’s recommended, I haven’t had time to read any of them (or much else, for that matter). I wish I had that kind of time.

Michelle Obama hasn’t officially released a list of favorite books, but Bustle put together a list of eight books that she has recommended, if you’re looking for something after you’ve read all of her husband’s recommendations. The former First Lady gave something else, though: Her 2020 workout playlist:

Michelle Obama is the gift that keeps on giving.

The former first lady shared her 2020 workout playlist (and maybe the secret behind her renowned arms?) on social media Sunday and gave those looking to keep their New Year’s fitness resolution a boost of motivation…

It looks like former President Barack Obama and his wife have the same taste in music as they both have Lizzo, Childish Gambino, Burna Boy and Alicia Keys, among many others, on their playlists.

Michelle’s playlist includes upbeat bops to power through your workout, from classics like “Lose My Breath” from Destiny’s Child and “Feels Good” by Tony! Toni! Toné!, to newer hits like “Cross Me” by Ed Sheeran, “Hussle and Motivate” by Nipsey Hussle and “APES**T” by the Carters (the clean version, of course).

The “Becoming” author also had a section of songs for the cool-down portion of a workout, which listed mellower hits like Snoh Aalegra’s “I Want You Around” and “Honesty” by Pink Sweat$.

Ariana Grande also made it on to Obama’s workout playlist with her feature on 2 Chainz’s song “Rule the World.” The “7 Rings” artist took notice and shared the former first lady’s tweet adding three emojis: a cloud, gray heart and crossbow.

I need to start walking again, so once the weather warms up, these are going on my iPhone. I was just thinking that maybe Michelle and Justice Ginsburg could craft a workout routine for the masses. I’d totally pay for a subscription to their weekly workout videos, with guest appearances by the artists on Michelle’s list and President Obama. I can’t help but wonder if Michelle released this as a quiet rebuke to the fact that Trump rolled back school lunch regulations put in place by the Obama Administration that were championed by Michelle Obama as part of her work to give children healthier food options in schools. To make this even more insulting to Michelle, the rollback was announced on her birthday, Friday. So, I can almost picture her saying, “You know, I was going to wait until next week to release my workout playlist, but let’s do it on Sunday. They can’t stop me from encouraging people to get up and move!”

For anyone who uses a screen reader and so can’t read what’s in Michelle’s Instagram image below, Insider compiled the list, which also has a “Cool-down” section. (Note: Accessibility matters! Always include text descriptions of images when you post on social media!)

It's about that time when New Year's goals and resolutions get just a bit harder to stick to. To offer a little inspiration, I want to share my go-to 2020 #WorkoutPlaylist with all of you. These songs always seem to give me that extra boost to get through my toughest workouts. What's on your playlist? #IAmBecoming #SelfcareSunday 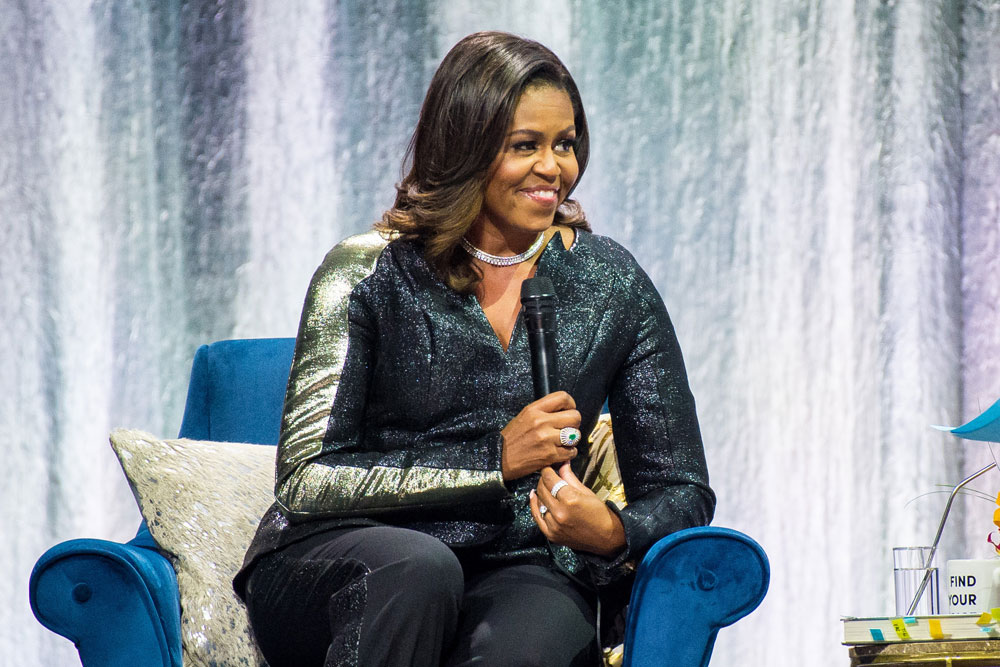