Joaquin Phoenix went from the SAG Awards to a pig slaughterhouse 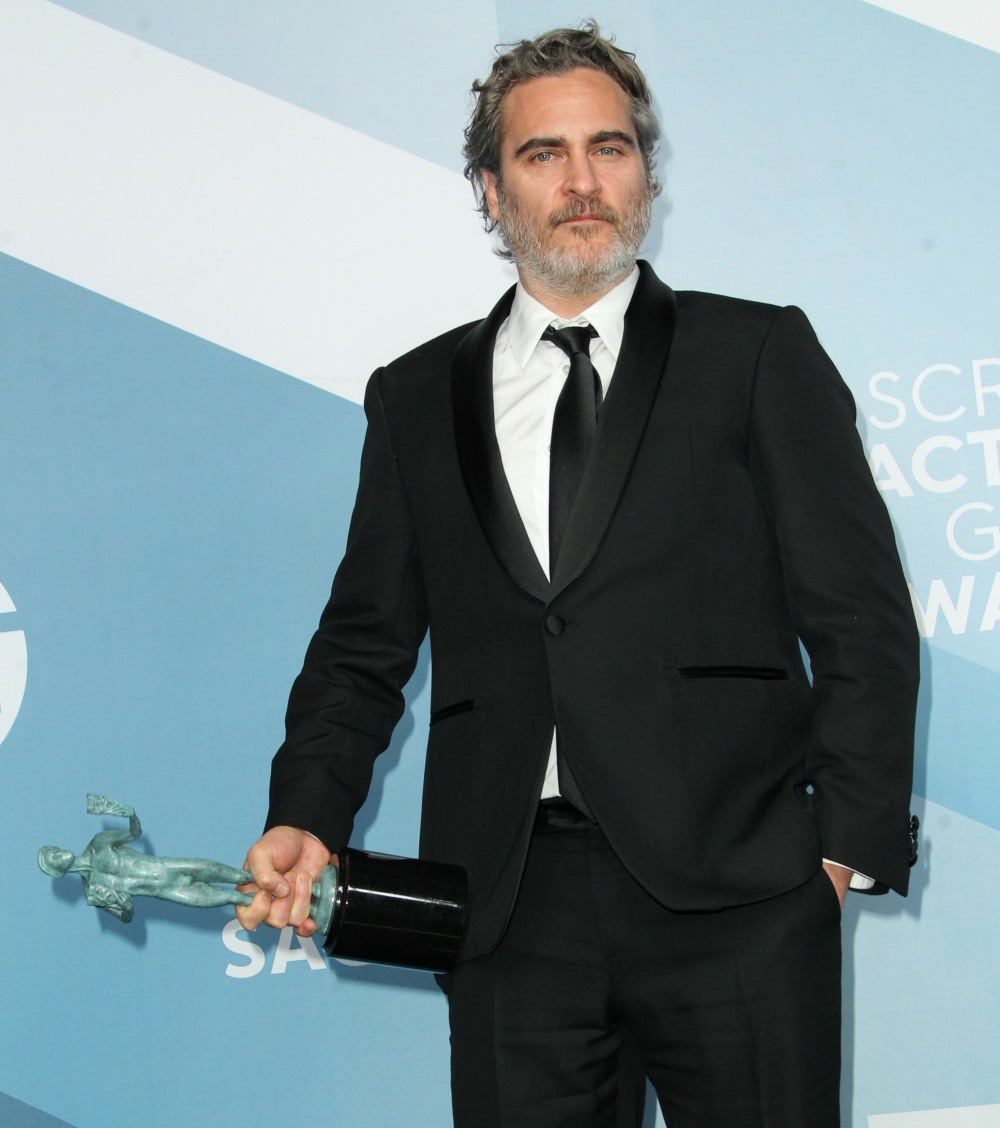 Am I the only one who finds everything around Joaquin Phoenix and his Oscar campaign to be a gigantic bummer? Maybe I would feel differently if I liked the movie he was up for – Joker – or if I thought that THIS was the Joaquin performance which deserved to be recognized. As it was, Joaquin did the best he could do with a messy, problematic movie, a movie which was amplified and beloved by the worst f–king people. Joaquin always sh-t-talked the awards season hustle, and now he’s participating in it in a big way. My guess is that he made a deal with himself to use this awards-season attention to talk about sh-t he cares about, like veganism and animal rights. So, just after he won his SAG Award, Joaquin went to a slaughterhouse to protest:

Joaquin Phoenix passed on the SAG Awards after-parties, and instead headed to a slaughterhouse … where he comforted trucks full of pigs headed to their final demise. Joaquin made the surprise appearance Sunday night not long after winning Outstanding Performance by a Male Actor in a leading role for “Joker.” He made the drive from the Shrine Auditorium to the Farmer John Packing Co. … less than 5 miles away in L.A.

There, Joaquin joined dozens of protesters who congregate there twice a week. They call their demonstrations pig vigils. They’ve been happening every Wednesday and Sunday night since at least 2017. Reportedly, the trailers stop for 2 minutes — with Farmer John’s blessing — so activists can comfort the pigs and give them water. More than 7,000 pigs are butchered every day inside Farmer John.

Joaquin hung out with protesters and squirted water into the pigs’ snouts. He told former LA TV reporter Jane Velez-Mitchell it was important to be there, saying, “Most people don’t really know of the torture and murder in the meat and dairy industry…. We have moral obligations to talk about it and expose it for what it really is. We are so indoctrinated with these happy images of animals on farms, on the covers of meat containers, at restaurants and it’s a lie.”

Joaquin’s definitely been walking the walk. Not only did he attend this protest, he reportedly convinced the Hollywood Foreign Press to serve an all-vegan menu at the Golden Globes. Of course, 4 days after that he was with Jane Fonda in D.C. for her Fire Drill Friday climate change protest … where cops briefly detained him.

Joaquin has been vegetarian or vegan throughout most of his childhood and all of adulthood. He’s also been a long-standing advocate for veganism and animal rights, so this isn’t a Johnny-come-lately thing for his Oscar campaign. If anything, his long-standing activism is simply getting more attention right now because of the awards season. But still, Joaquin’s bummer Oscar campaign continues. I’m pretty sure – at this point – that this is the deal he made with himself. He would play the game this one time in exchange for making these kinds of appearances and raising this kind of awareness. He was the one who convinced the HFPA to go vegan for the Globes dinner too. 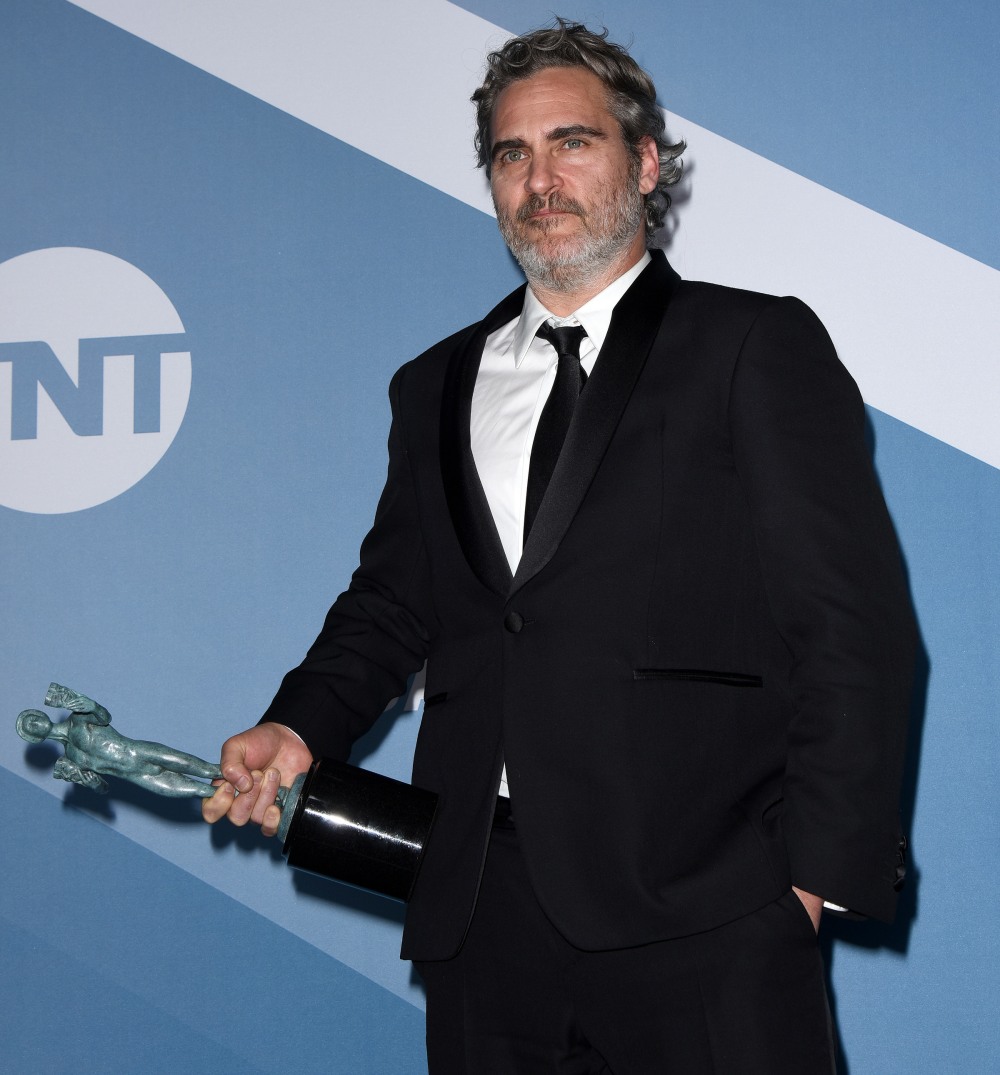