Wendy Williams denies farting on air, blames it on a science experiment backstage 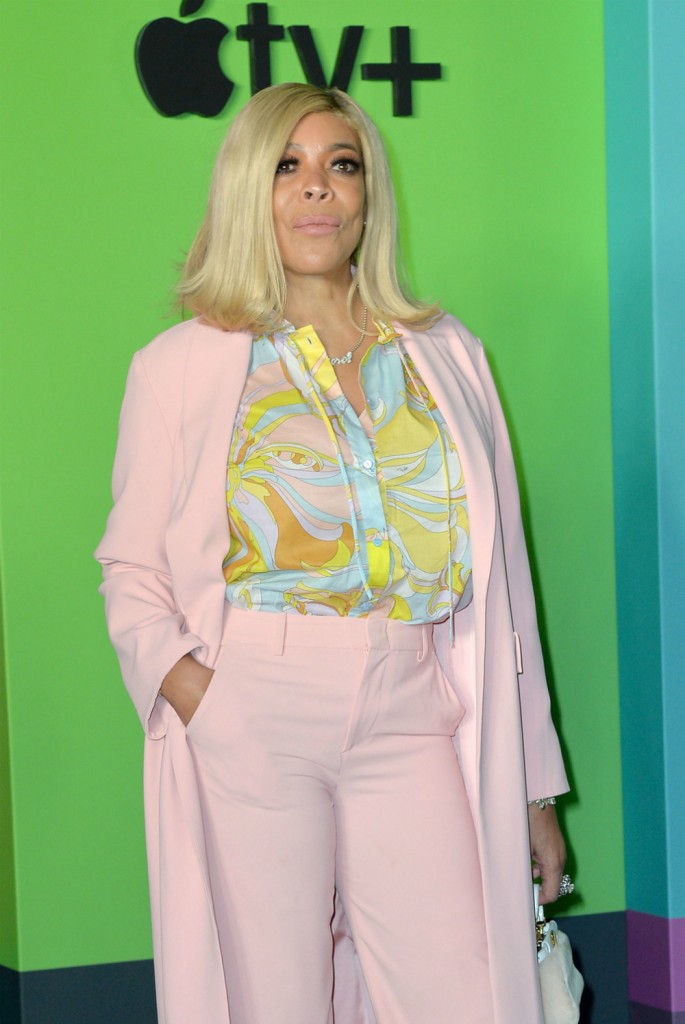 Did she, or didn’t she? That was the question everyone was asking last week when a clip of what sounded like Wendy Williams tooting during her show went viral. When Wendy was talking about Odell Beckham Jr. smacking a policeman’s backside, a muffled rumbling sound was heard, followed by a brief pause by Wendy who then stammered out the rest of her thought, seemingly flustered but what had just happened. It’s the sound that is in question because the majority of viewers think it was flatulence. You decide:

Wendy Williams let out a nasty fart during Friday’s episode of her daytime talk show (0:18). pic.twitter.com/wYJlhRWLt2

I can’t hear what is being disputed honestly. Maybe I have crap speakers. I guess I hear *something* around the :18 mark, but I never would have picked that sound out if I’d just seen the clip. Wendy, for her part, is denying it’s her doing, saying that she’s a belcher, not a farter.

“Let me tell you something right now, okay?” she began, as the word “Fartgate” showed up behind her on screen. “I don’t lean over like this to release a fart, I lean over like this because it’s comfortable. If I sit [straight up] all the time, it’s heavy on my spine. I like to release my hips and lean. I’ve been doing this for 11 years on this show.”

“I have never farted once on this show,” she continued. “As a matter of fact, I barely fart, you know why? Gas gets released several different ways and mine is belching because all I do is talk.”

Williams claimed that had she actually done it, she would have paused the show and addressed it immediately, because “farts are always funny.”

“By the sound of that fart, I would have had to go change my costume, I would have left a mark in the seat,” she hilariously continued. “I wouldn’t even save the costume, I’d throw it away. It’d be soiled beyond soiled-tivity.”

I can work both sides of this claim. On the fart’s side, I’m a fart denier myself so I would absolutely deny it. If anyone asks me outright if the wind is mine, I’m immediately counting ceiling tiles and finding a way out of the room. So I could see Wendy getting involved in the cover-up of Fartgate. And maybe she’s never passed gas on the show but saying she gets it all out through burping is not the most solid excuse (yes, that was an intended pun).

However, I think Wendy is the type of person who would point out her own bodily release for the sake of humor. Some people are arguing that if she was leaning to the right to release the wind, why would she go through with the set up only to deny the pitch? When I see my husband lean to either side, I head for the hills until it’s safe to return, and sometimes he’s just grabbing his wallet (better safe than sorry). We’re talking about the woman who showed a video of herself getting a Botox injection she called “a little breakfast procedure” on air. I don’t think she’s above revealing a fart. I’d expect she’d turn it into a segment replete with a montage of famous farts.

For what it’s worth, a gaffer on the crew claims the sound was made backstage as they were filling up a fish tank for a chemistry experiment they were doing late in the show. Something about having a wrong hose. Although it’s possible, all this is in the ‘methinks thou protest too much’ territory. Still, as a fart denier, I like to keep a few excuses ready for plausible denial. I guess I need to find me a fish tank and hose to carry around now, just in case. 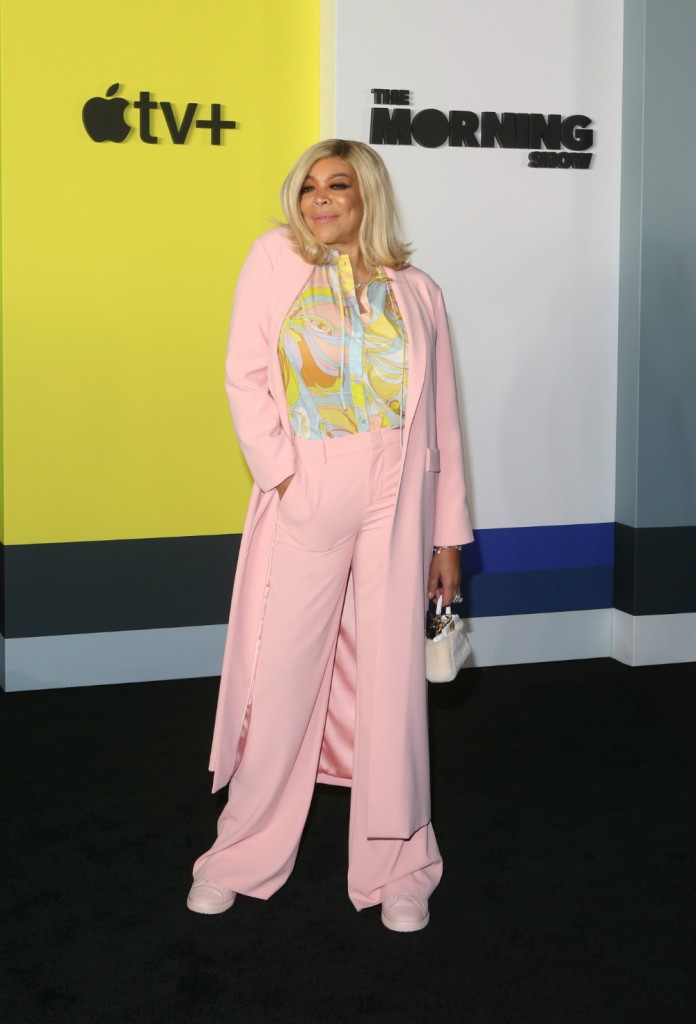 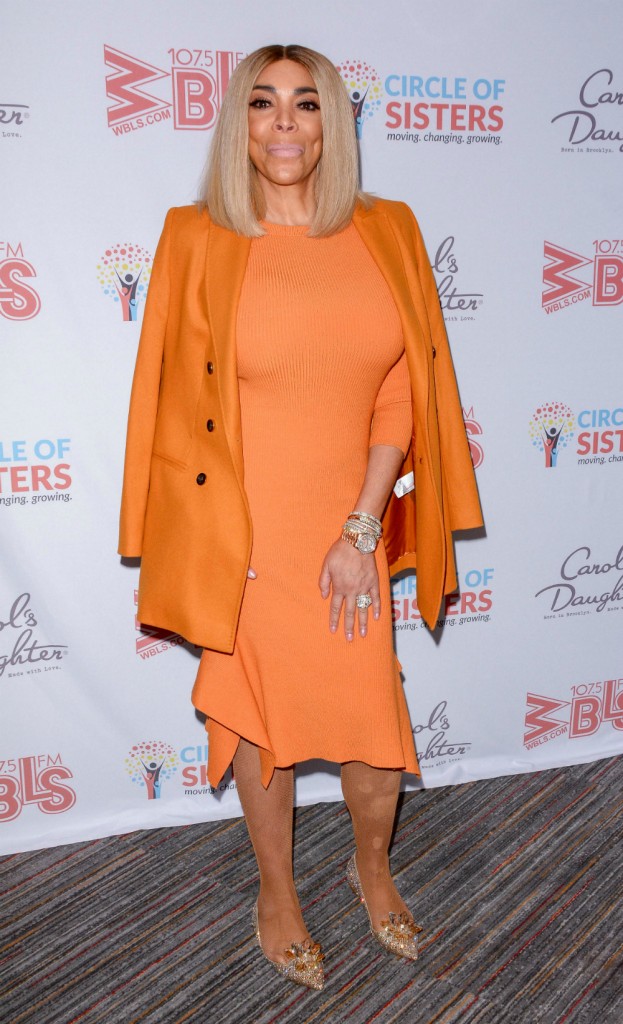 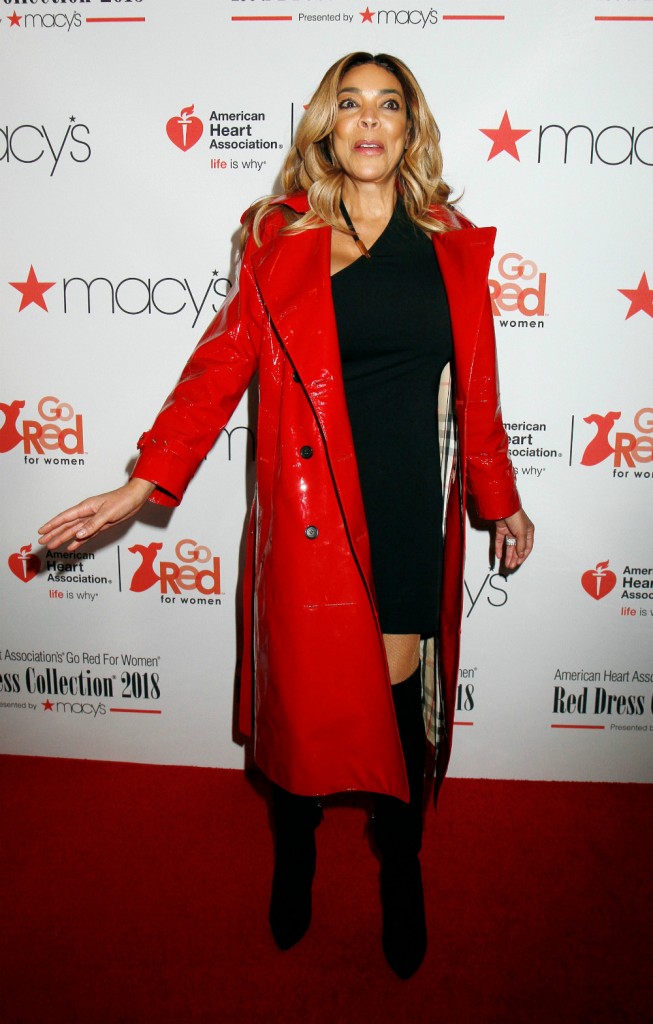 31 Responses to “Wendy Williams denies farting on air, blames it on a science experiment backstage”