Did Lena Waithe’s five-month marriage fall apart because of infidelity? 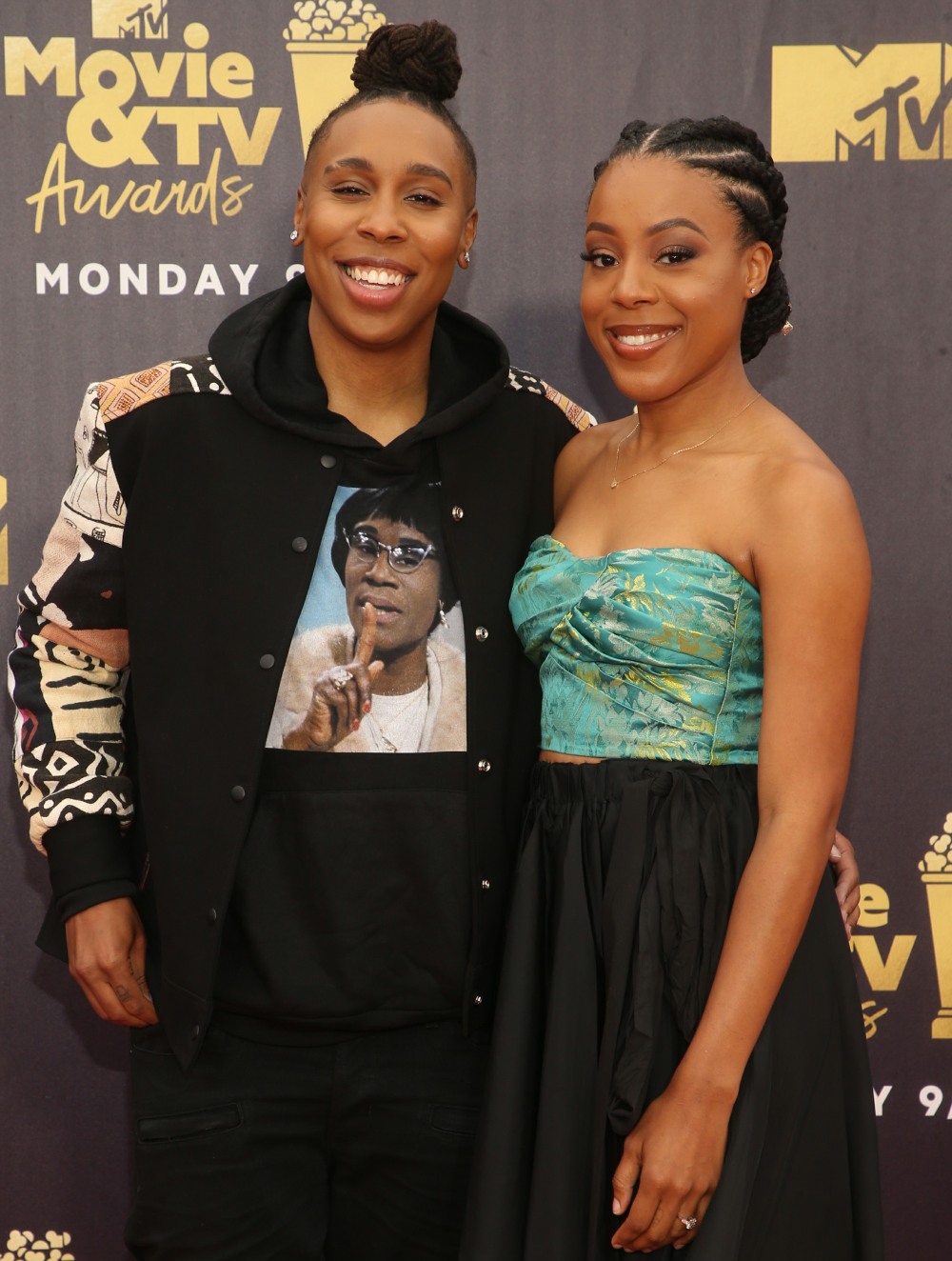 Thursday morning, the news broke: Lena Waithe and her wife Alana Mayo were separating. It was notable because… Lena and Alana only got married about five months back – Lena confirmed the (August) marriage in November during an appearance on The Ellen Show, and Lena said they went to San Francisco and got married “right in front of Harvey Milk’s bust” (Milk being the assassinated gay-rights activist). They had been engaged since 2017, and the whirlwind wedding seemed like a spur-of-the-moment thing. Still, they’d been together for years. Lena and Alana released a joint statement announcing their split, saying: “After careful thought and consideration, we have decided to part way. We have nothing but support for one another and ask that you respect our privacy during this time.” Of course I thought something shady was happening. And according to Love B. Scott, some sh-t definitely went down:

While their split seemed sudden to most, sources exclusively tell lovebscott.com that their relationship was on the rocks even before they tied the knot.

Well, according to our sources — the quickie wedding came after multiple instances of Lena’s infidelity. Lena went along with it as a way to placate Alana and salvage their relationship.

Despite their official union, Lena’s alleged cheating continued: “Even after they married, Lena was still buying designer gifts — Chanel, Gucci — for other women.”

Yikes. We’ll just say this — to end a marriage within two months of making it public after being together for three years, Alana someone had to have been completely fed up.

[From Love B. Scott]

As I was looking through our photos of Lena, I noticed something odd too – Lena and Alana weren’t attending events together throughout the fall. In fact, they last time – according to my photo searches?? – they were together on a red carpet was at the 2019 Golden Globes. It’s notable because Lena did attend A LOT of events last year, and many of those events would have been fine for her to bring a girlfriend or wife. But she was either riding solo or attending stuff with friends. Hm. So…yeah. I’ll buy that Lena and Alana were having problems and maybe the halfway-elopement was an attempt to put a bandaid on larger problems. But is Lena a serial cheater? Huh.

30 Responses to “Did Lena Waithe’s five-month marriage fall apart because of infidelity?”