Will Duchess Kate adhere to the ‘sustainable’ dress-theme for this year’s BAFTAs? 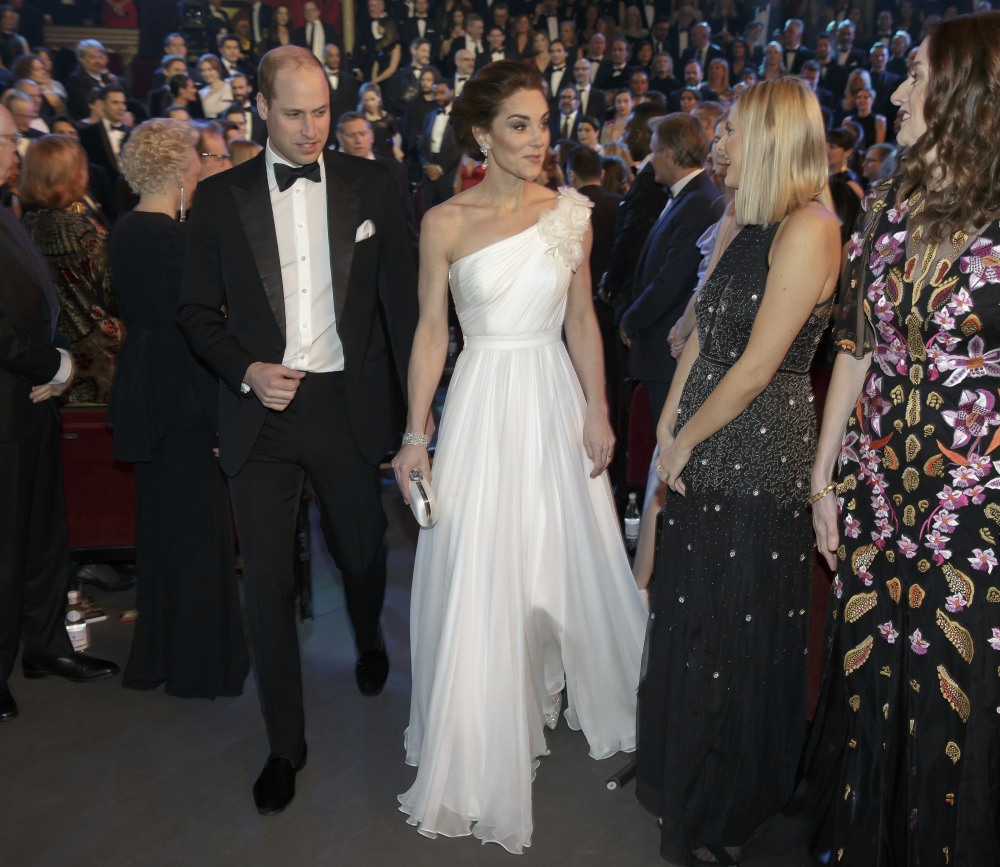 Prince William has been BAFTA president for one decade now. He…has done very little for this prestigious patronage. Every single year of his presidency, he’s refused to attend the pre-BAFTA dinner held at… Kensington Palace, his home. One year, he skipped the BAFTAs because he had just come back from vacation and the poor sausage was too exhausted from all that leisure time. William was criticized for that and for phoning it in with the BAFTAs for many years, and the criticism finally got to him. He and Kate have attended the BAFTAs three years in a row now. Last year, their BAFTA appearance was actually quite glamorous, because you-know-who was around.

Anyway, William and Kate are confirmed to attend this year’s BAFTAs, coming up Sunday, February 2. William will present and introduce the Fellowship (an award for producers) to Kathleen Kennedy, who has screwed up the Star Wars franchise, but hey, she’s hired a bunch of British actors and they film the bulk of the SW films in England, so there you go. The biggest news will be Kate and whatever she’s wearing though, let’s be real. Kate really doesn’t do many big red-carpet evening-wear appearances, although she’s increased her tiara-wearing palace appearances. So, the hype around the BAFTAs FASHION has already begun:

Kate Middleton and Prince William‘s upcoming date night at the BAFTAs comes with an unexpected fashion twist! The royal couple have confirmed that they will once again attend the glitzy event, but there’s a new dress code in place this year. Guests attending the British Academy of Film and Television Arts awards — the British equivalent of the Oscars — on February 2 have been asked to “dress sustainably,” according to the London College of Fashion.

“This awards season BAFTA are doing more than ever before to consider sustainability across its awards ceremonies, including inviting guests to ‘dress sustainably,’” the style guide reads. Guests are being encouraged to be a “voice for change” by re-wearing, renting or wearing vintage. If guests do insist on buying something new then a list of sustainable brands, including Reformation and Stella McCartney (coincidently both favorites of Meghan Markle), have been suggested.

The guidelines are part of the academy’s plans for their first-ever carbon neutral awards ceremony. “Sustainability is very important to BAFTA, and we’re doing more than ever before,” a spokesperson told Harpers Bazaar, adding: “The goal is that the EE British Academy Film Awards 2020 will be carbon neutral, working towards having a net positive impact on the environment. From travel and food, to branding and materials, BAFTA is ensuring the awards are as sustainable as possible.”

People Mag points out that the last time the BAFTAs tried to do a specific dress theme, Kate didn’t participate – that was 2018, after the sweeping Me Too stories and after women decided to dress in all black at the Golden Globes. The BAFTAs tried to replicate that all-black theme a month later, and Kate opted instead for a muted green dress. I wasn’t super-offended, but I wondered why Kate didn’t simply wear a black dress, you know? It wouldn’t have been a massive political statement to adhere to a theme and sartorially say “rape and sexual harassment are bad things.” But given all of the Royal Family’s environmental moves as of late – cough, cough – my guess is that Kate will probably do something on-theme. God knows, she already has plenty of frocks she could rewear. I would love to see her try a vintage look though, how cool would that be? But would she try a Stella McCartney look? God, I hope not. 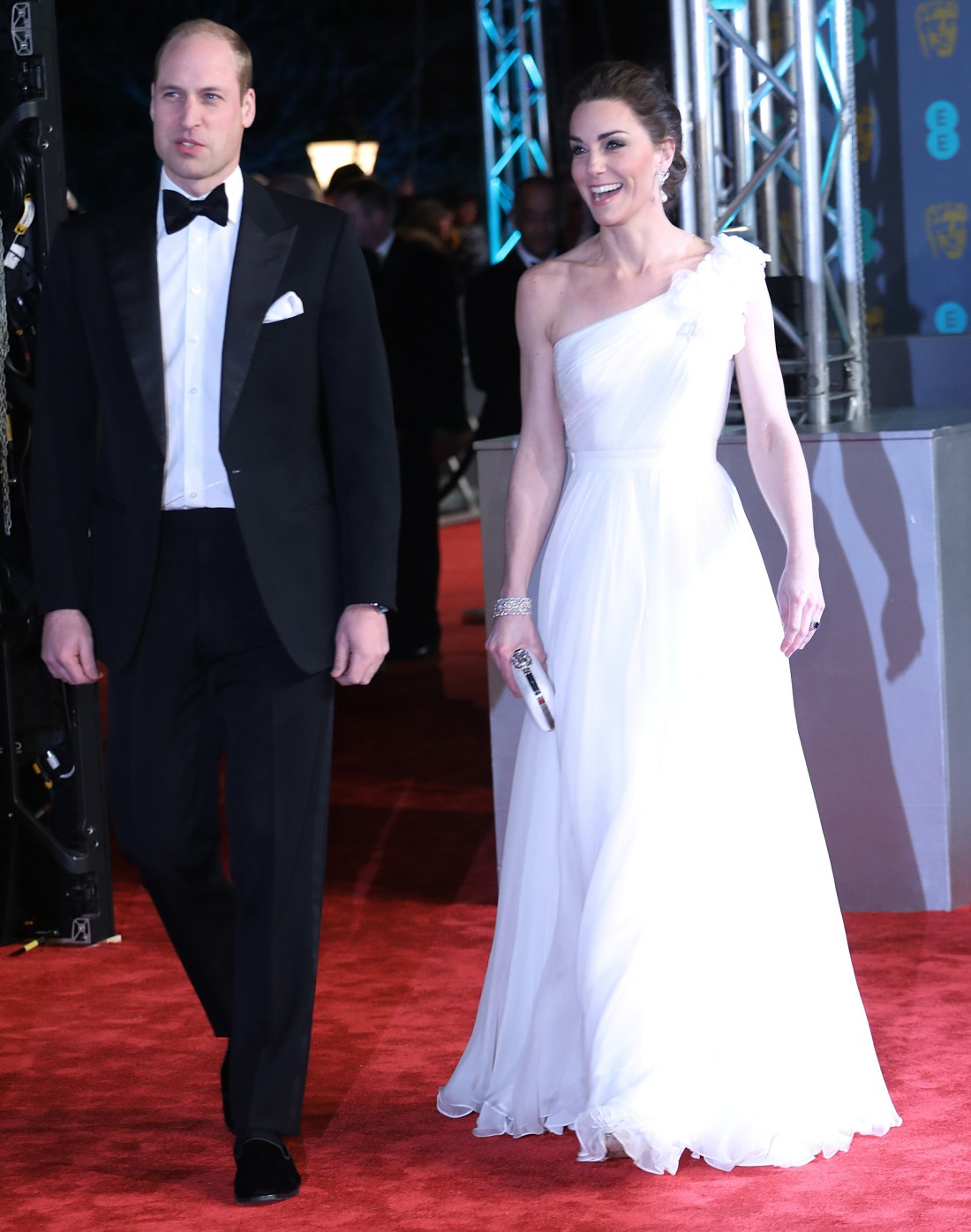 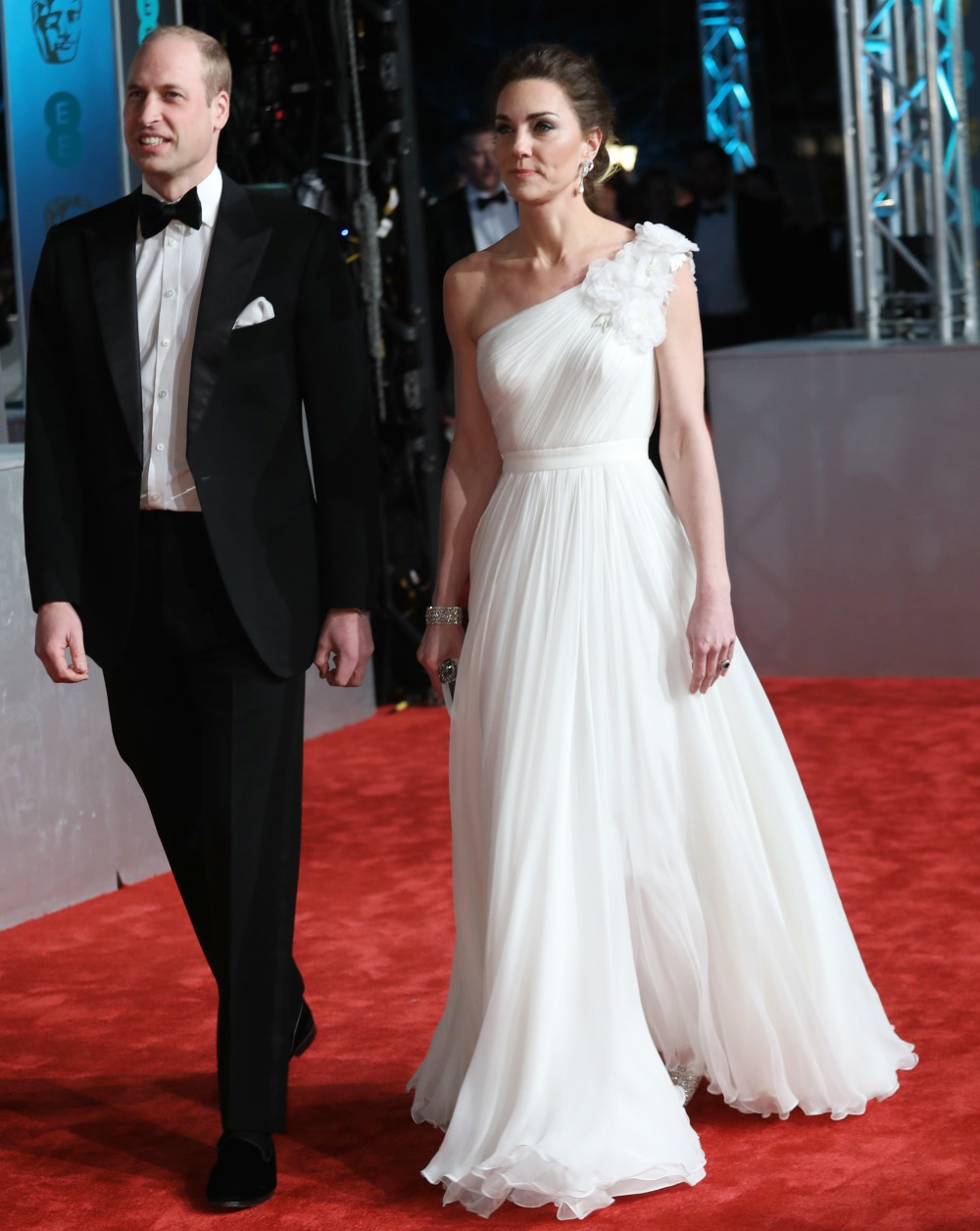 19 Responses to “Will Duchess Kate adhere to the ‘sustainable’ dress-theme for this year’s BAFTAs?”