FKA Twigs in Ed Marler at the 2020 Grammys: a budget princess look? 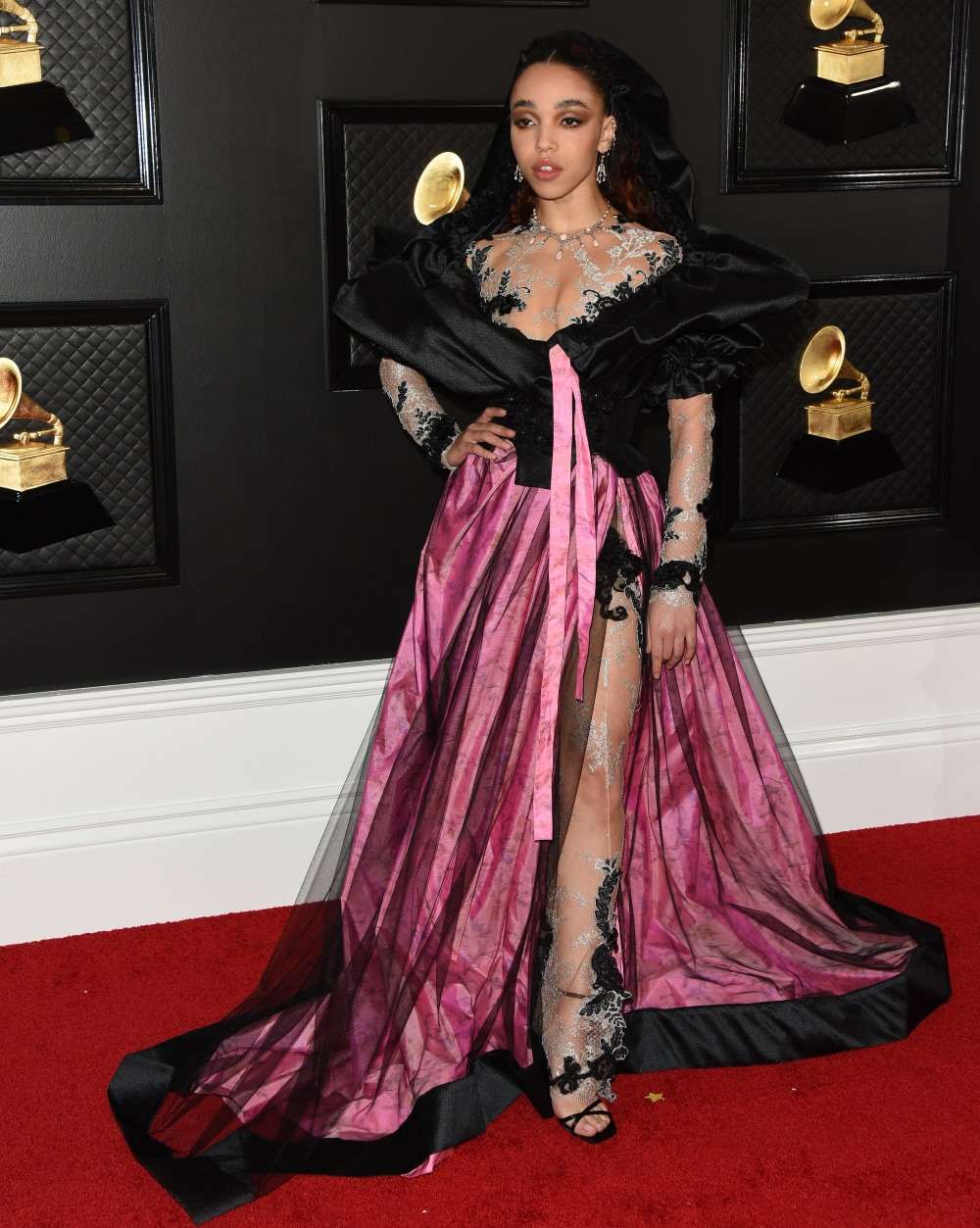 The 2020 Grammys really invited FKA Twigs to the show… to dance as Usher sang the Prince tribute. The Prince tribute was okay, and Twigs’ dancing was great, but it did seem like a waste of her talent? Twigs called out the Recording Academy too – she said she wasn’t asked to sing, but that she would have loved to have been asked. But Sheila E says Twigs WAS asked to sing but she turned them down. I don’t know – I kind of believe Twigs? As for her red carpet look, she wore custom Ed Marler. I liked this in motion but it photographs poorly. 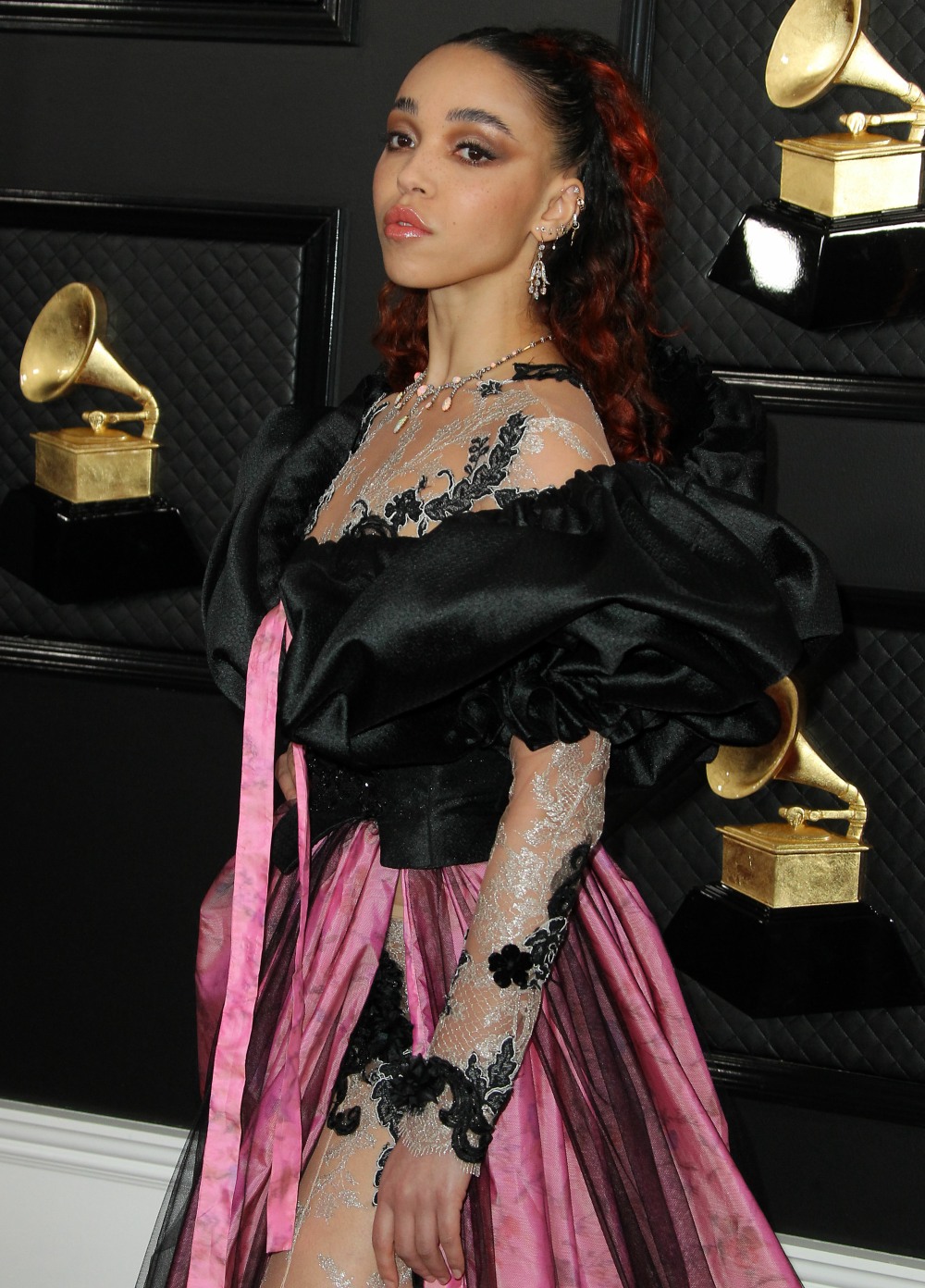 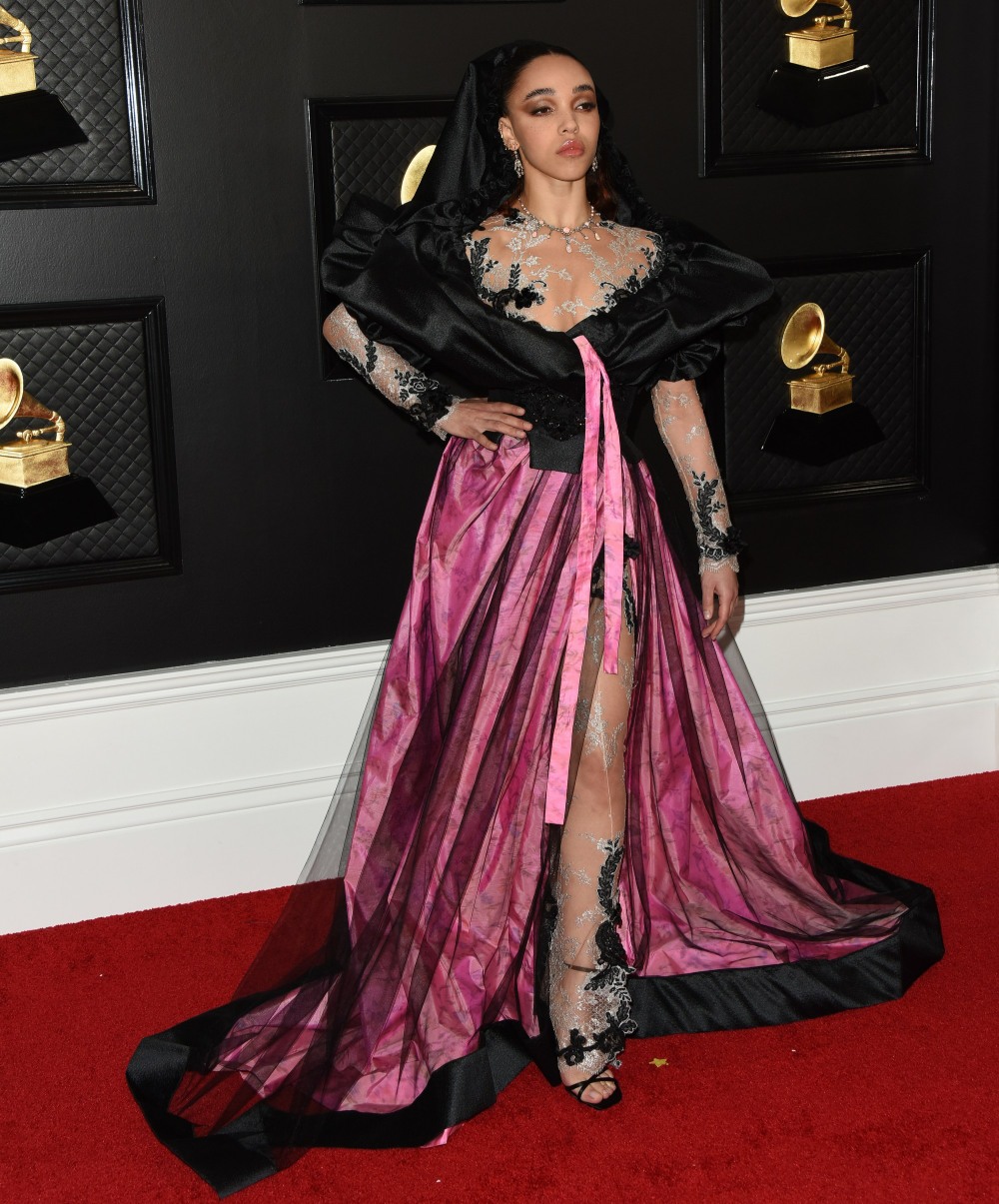 Diplo went in full country drag to the 2020 Grammys, because he’s truly trying to be an electro-country artist now. I watched his red carpet interview and I was… ugh, underwhelmed. I mean, he’s still my shamef–k and all, but he does NOT need to talk. 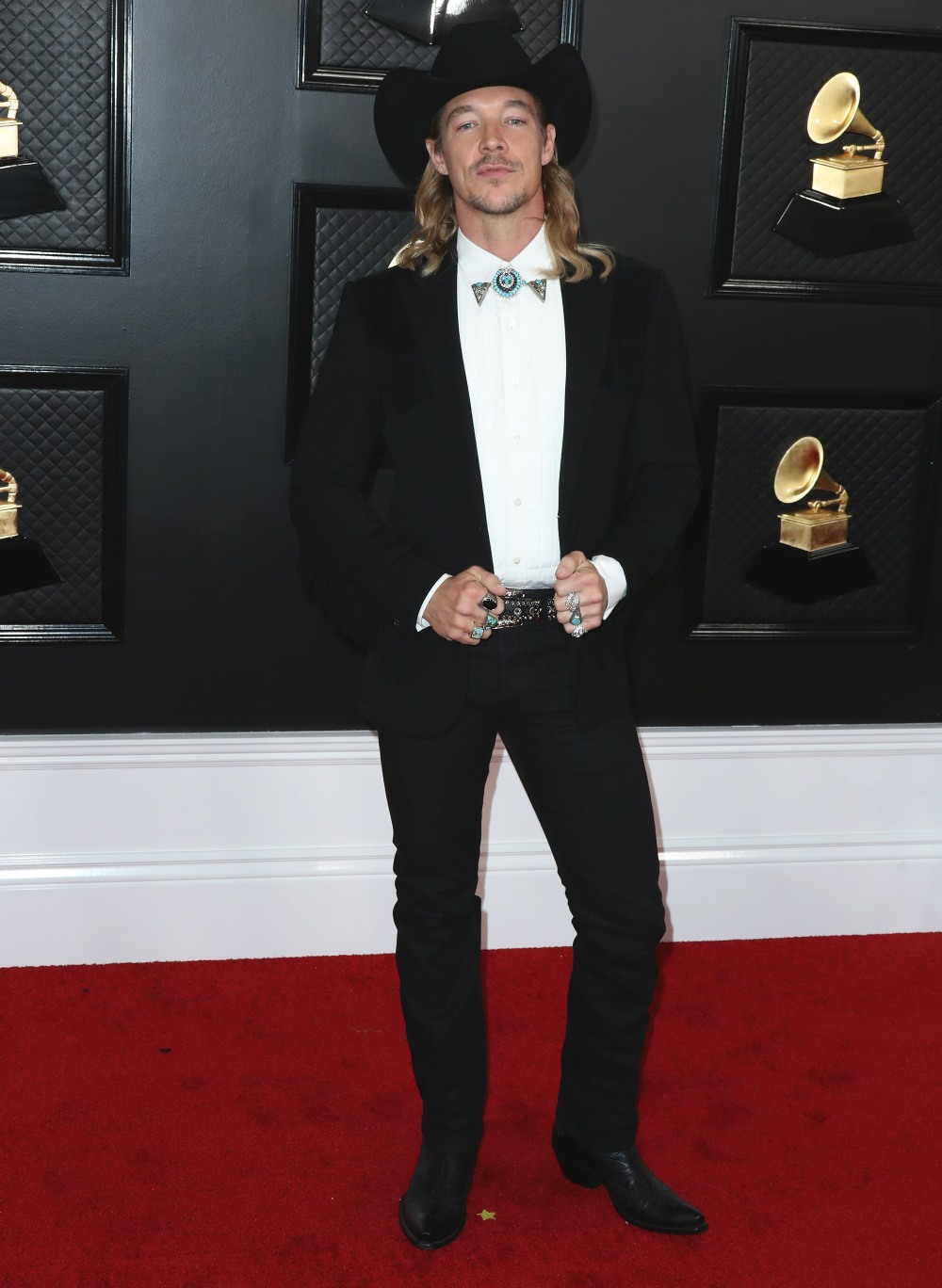 Little Big Town – apparently, they all wore Dolce & Gabbana. I feel like if a group/band is all going to wear the same designer, they should try to better coordinate their looks? 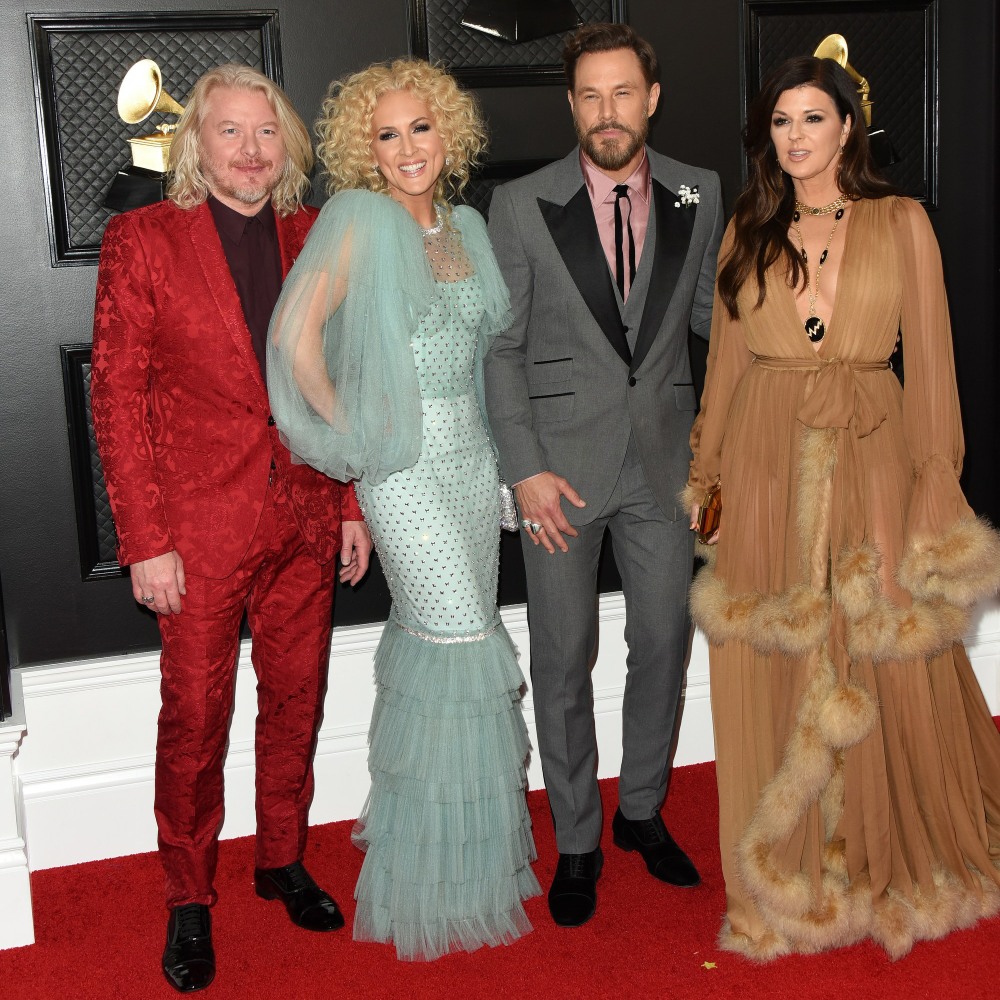 Before last night, I’ll admit it, I didn’t know Tanya Tucker had launched another comeback. For much of my life, Tucker has been sort of a punchline, but after watching Ken Burns’ Country Music docu-series, I get why she was such a big deal, and why people were completely fascinated with her and her utterly messy/chaotic love life. This isn’t even her “second chance” career. This is like her fifth comeback or something. I’m glad she’s being embraced again. 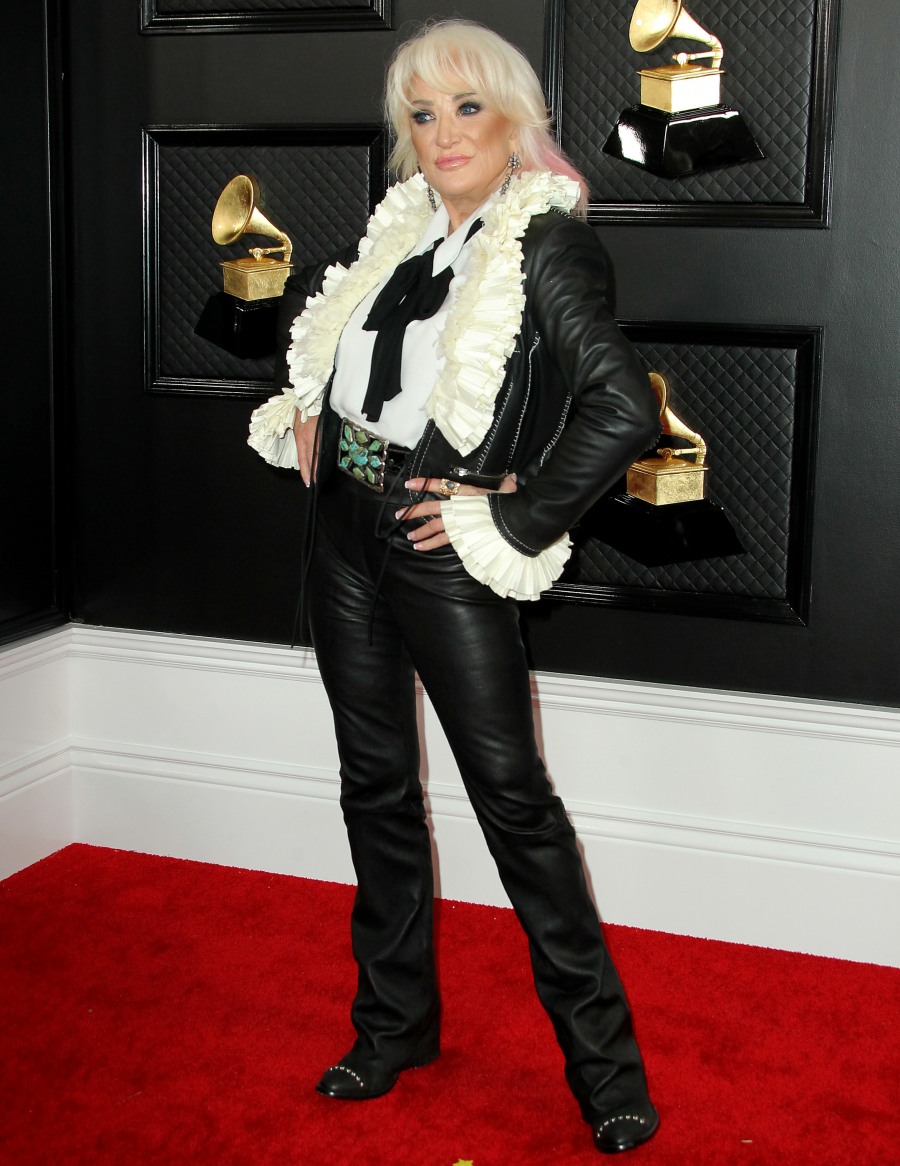 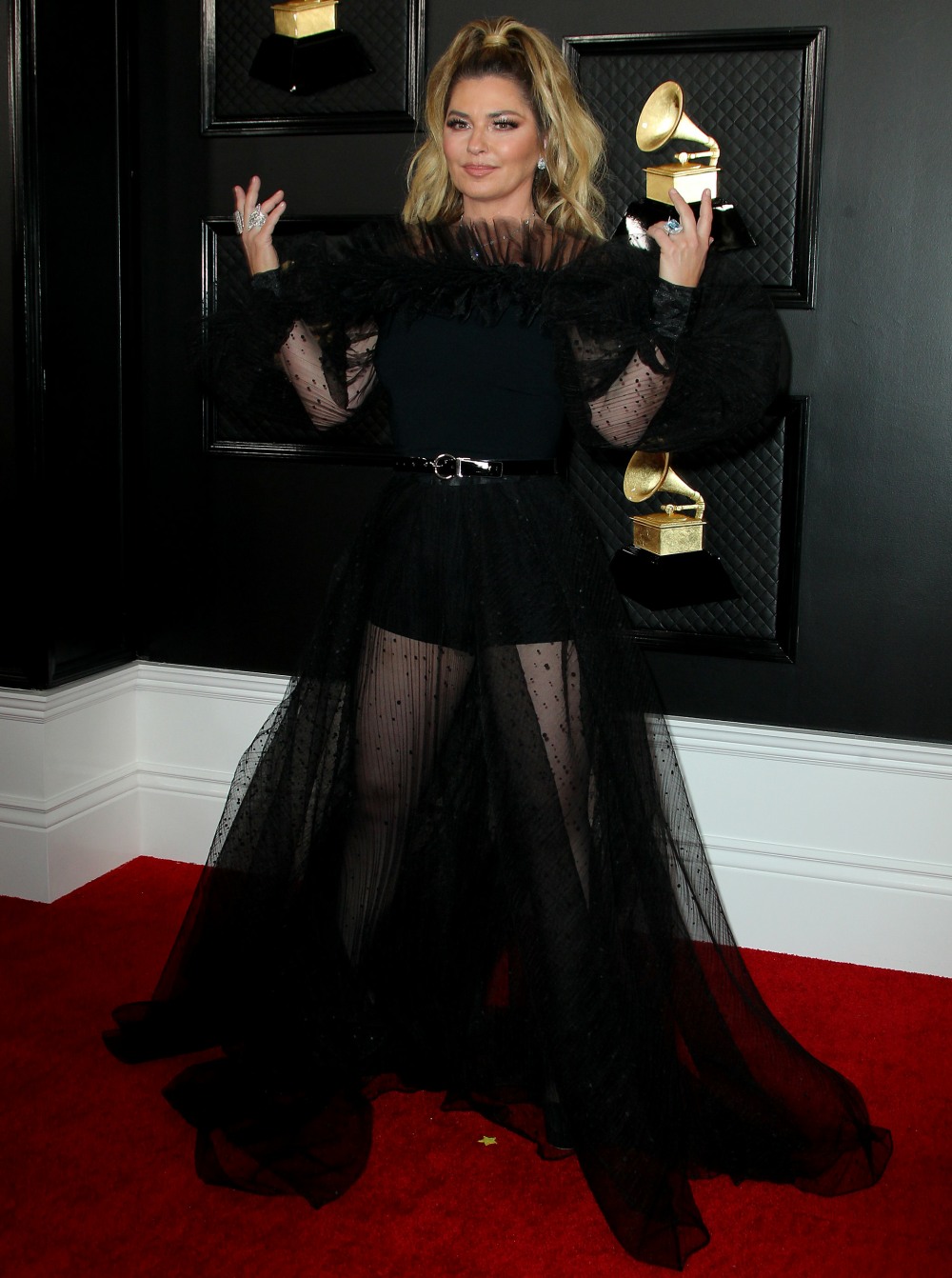 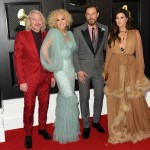 24 Responses to “FKA Twigs in Ed Marler at the 2020 Grammys: a budget princess look?”