Dua Lipa in Alexander Wang at the 2020 Grammys: tragic or fine? 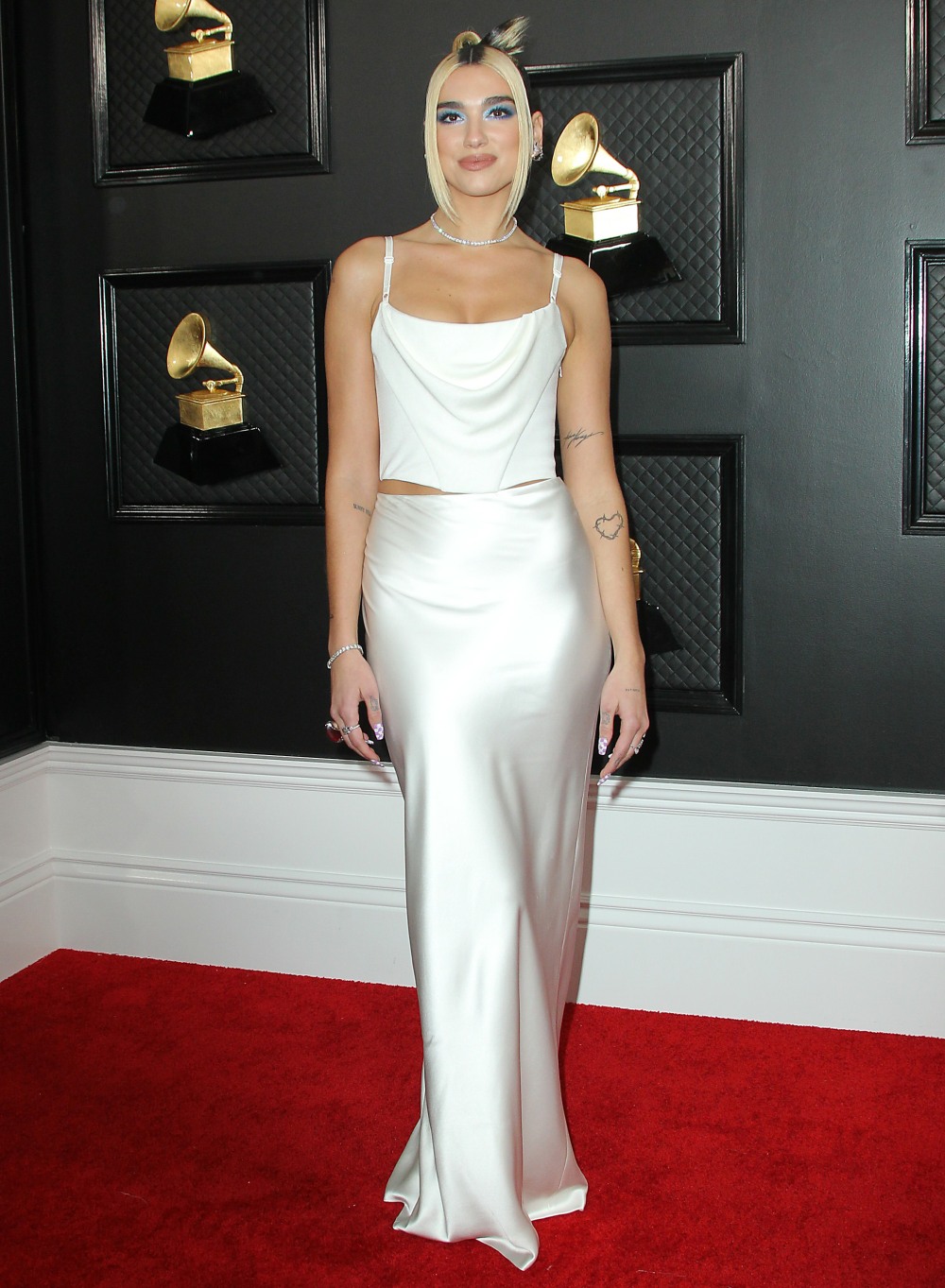 I wish I could style and manage Dua Lipa because I feel like I could do a much better job with her than whoever is on her team right now. I’m a Dua stan – I love her voice, I loved her look a few years ago, when she had her natural dark hair and, frankly, a little bit more weight. Over the past year, she’s gotten thinner and blonder and she’s dating Anwar Hadid. The whole thing is a mess. Dua wore this Alexander Wang two-piece dress to the 2020 Grammys and it was nice. But again, she could be doing so much better across the board. I feel like it’s partially about her team letting her down and partially about Dua not understanding her own brand as a pop star? 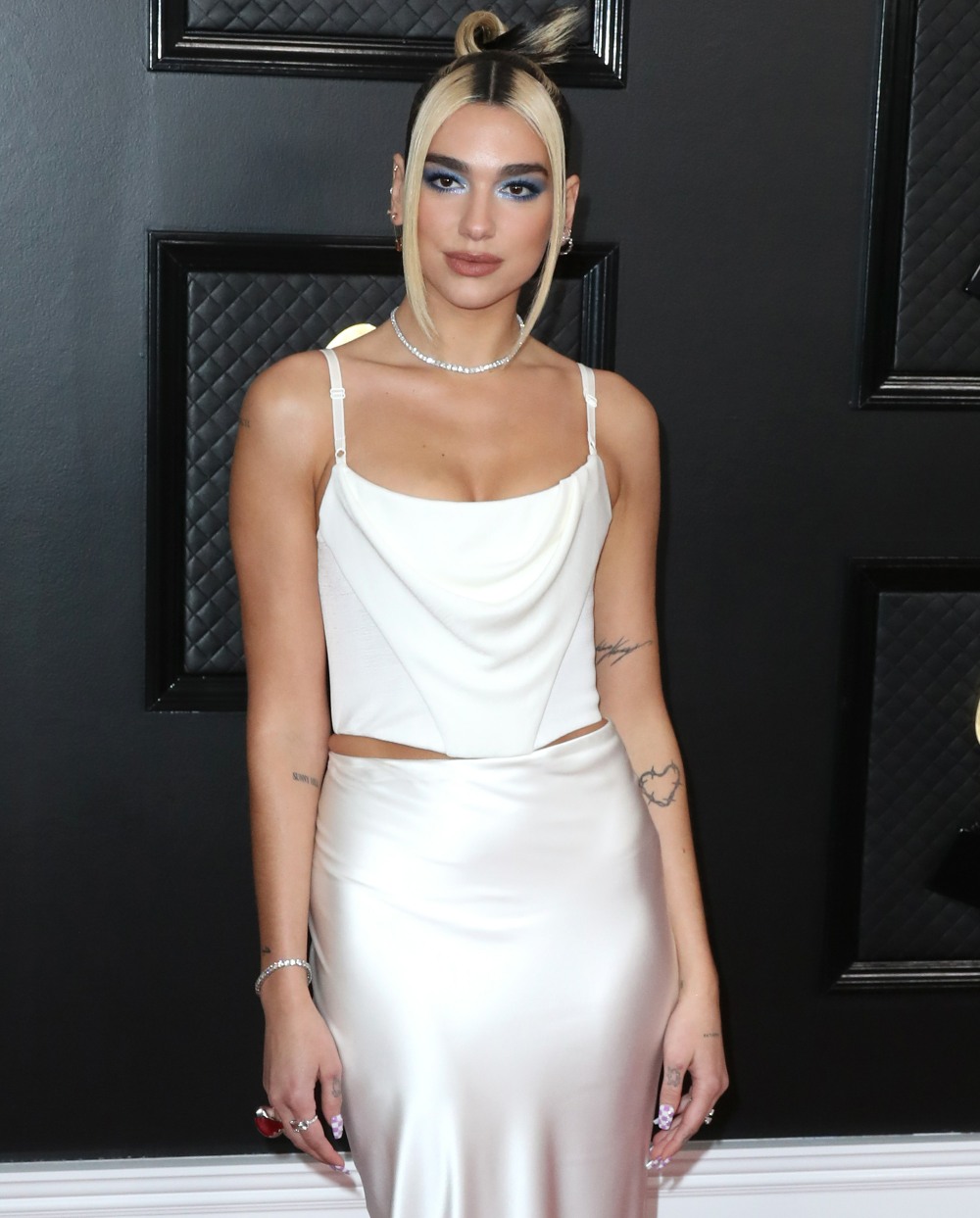 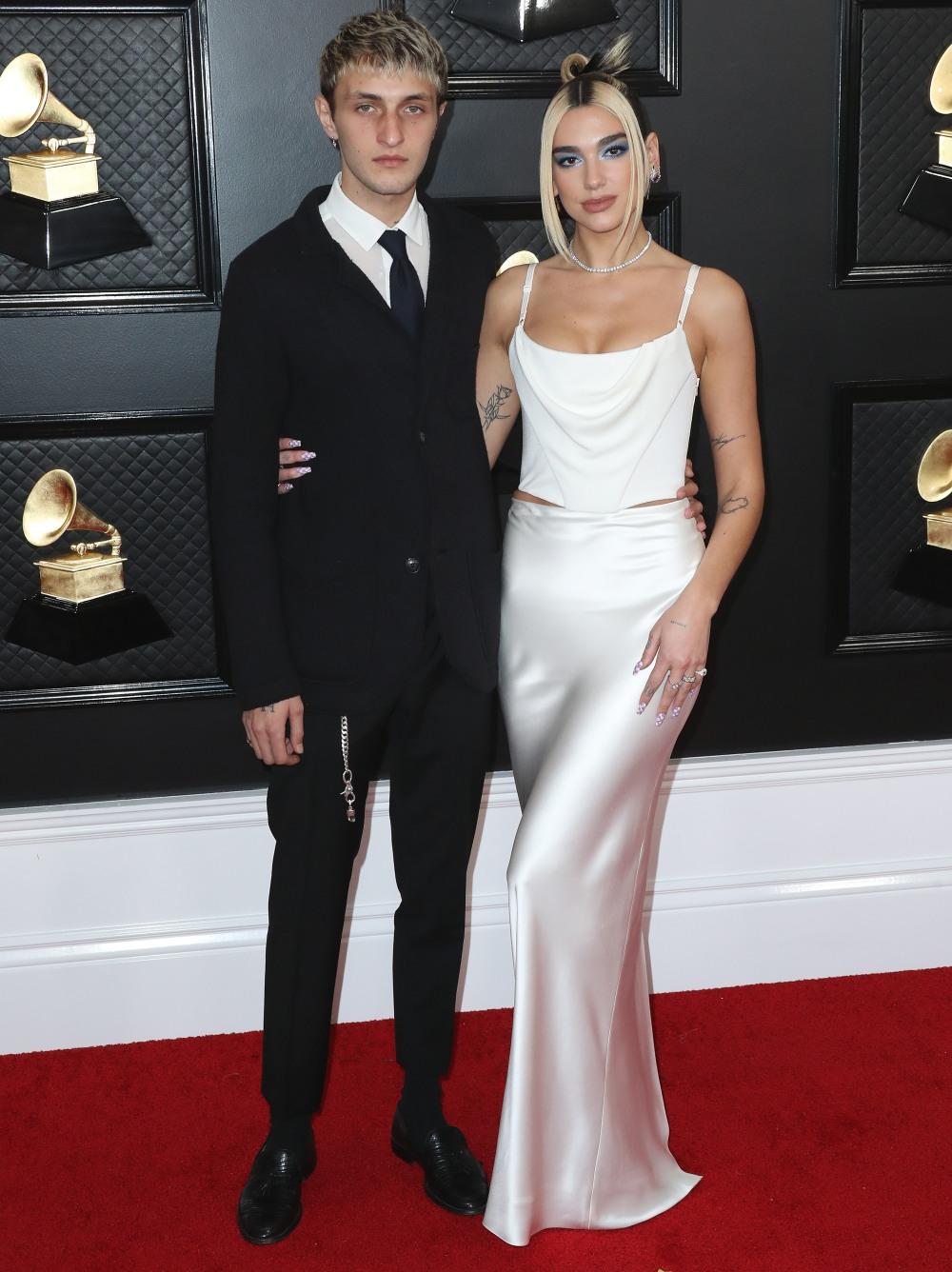 Bebe Rexha in custom Christian Cowan. I weirdly loved this. It was super-flattering, her boobs looked amazing (and so perky, I’m envious) and she also managed to look a bit conservative too, because this is just a weird take on a black suit. She was honestly one of my favorite looks of the night. 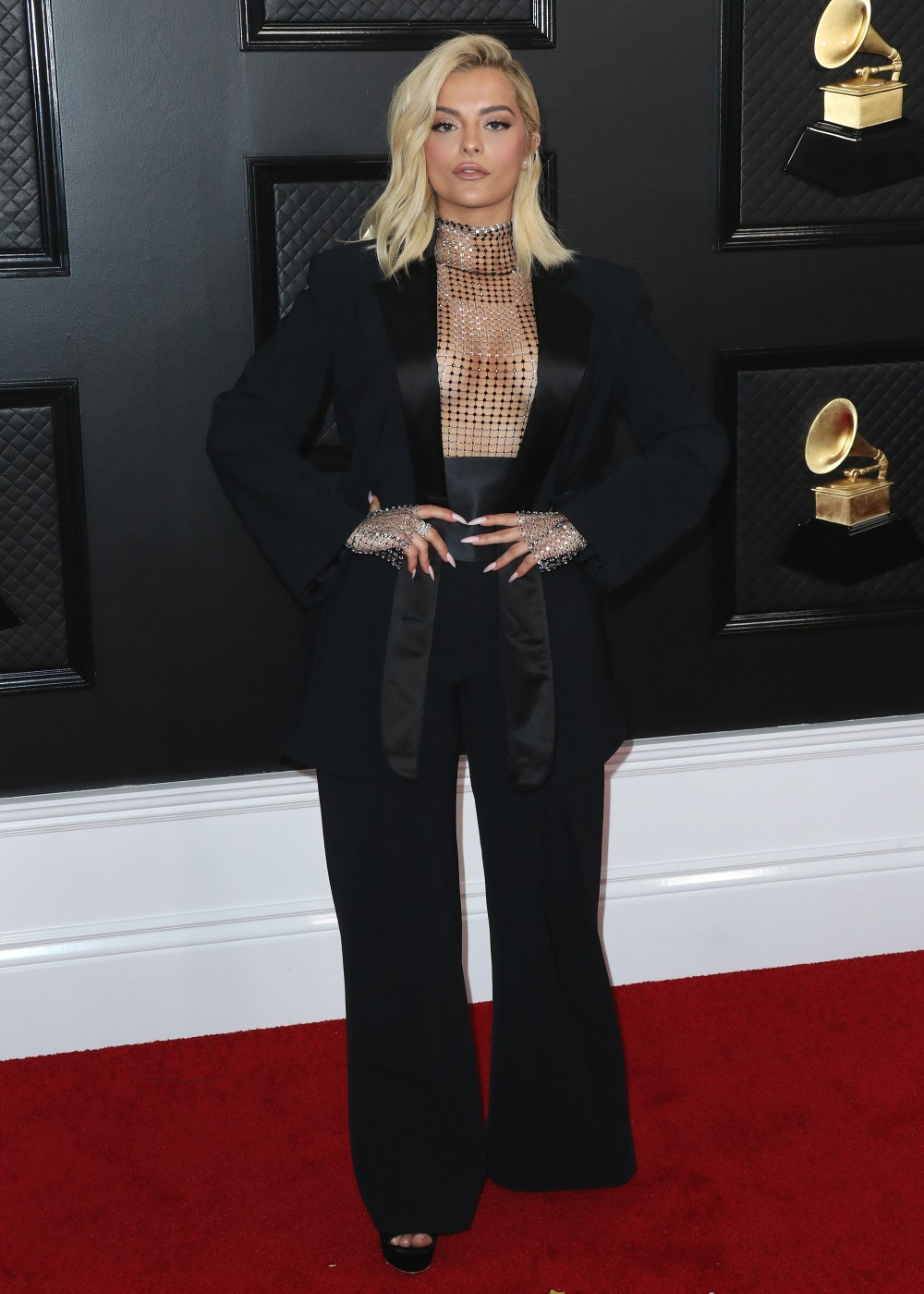 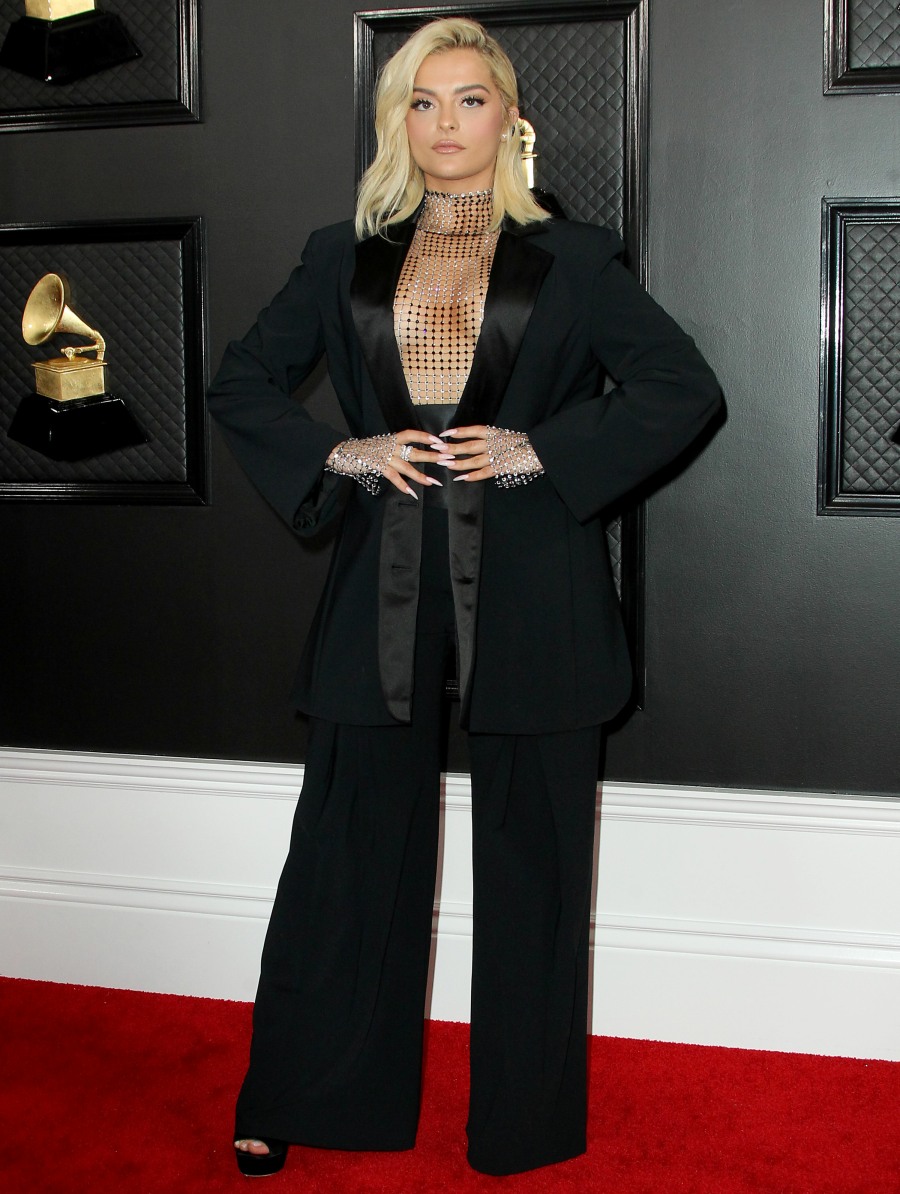 Tyler the Creator brought Big Bellhop Energy to the Grammys red carpet, then he changed and absolutely MURDERED the Grammys stage with his performance of “Earfquake” and “New Magic Wand.” Tyler was the best act of the night, without a doubt. After that, he won a Grammy for Best Rap Album, gave an absolutely lovely speech, then proceeded to take the Recording Academy to task for how they label music and the inherent racism of the Recording Academy. He said, in part: “I’m half and half on it. On the one side I am very grateful that what I made can be acknowledged in a world like this… but it sucks that whenever we, and I mean guys that look like me, do anything that’s genre-bending or anything, they always put it in a rap or urban category. And I don’t like that ‘urban’ word. It’s just a politically correct way to say the n-word, to me. So when I hear that, I’m just like, why can’t we just be in pop? So I felt like — half of me feels like the rap nomination was a backhanded compliment.” 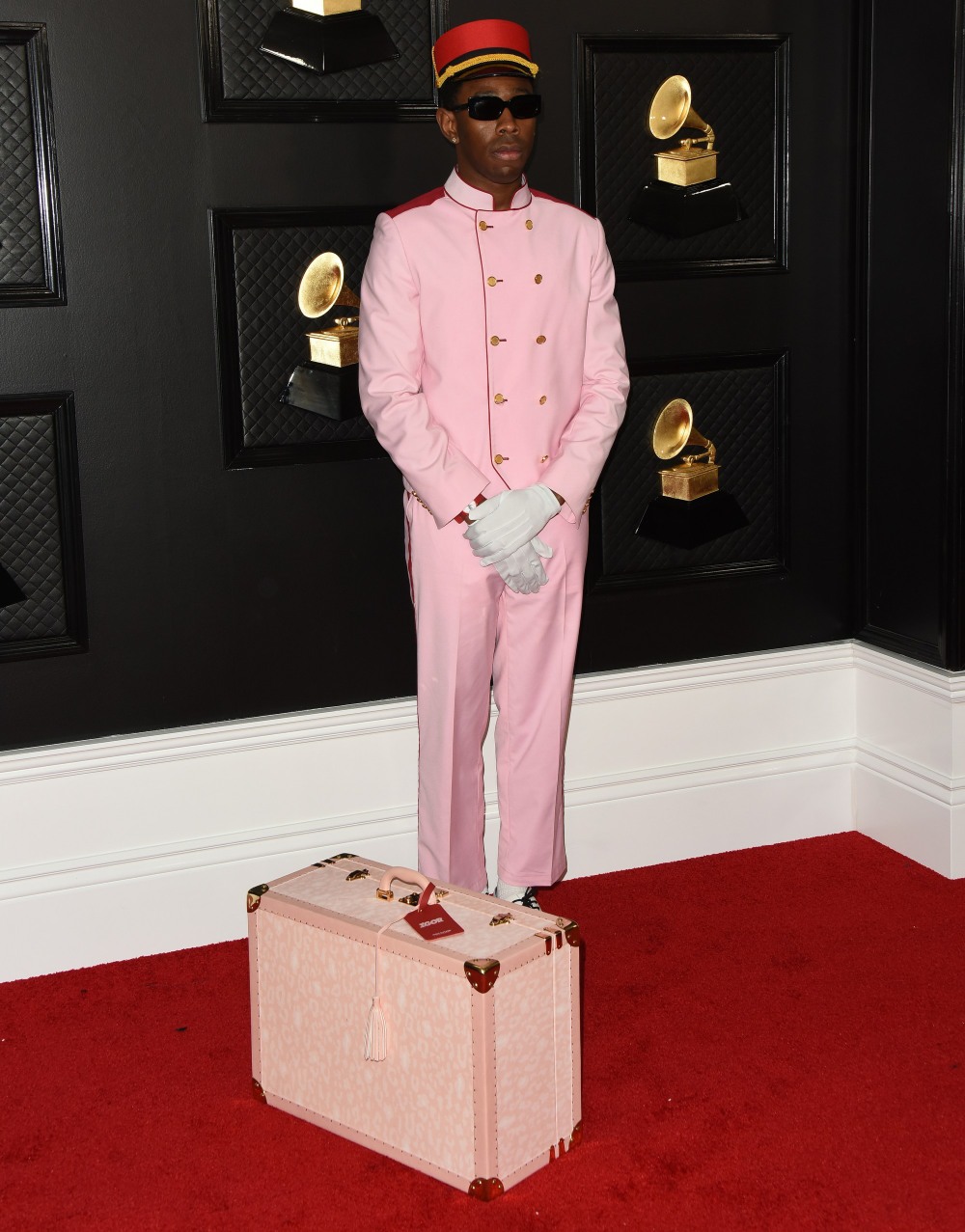 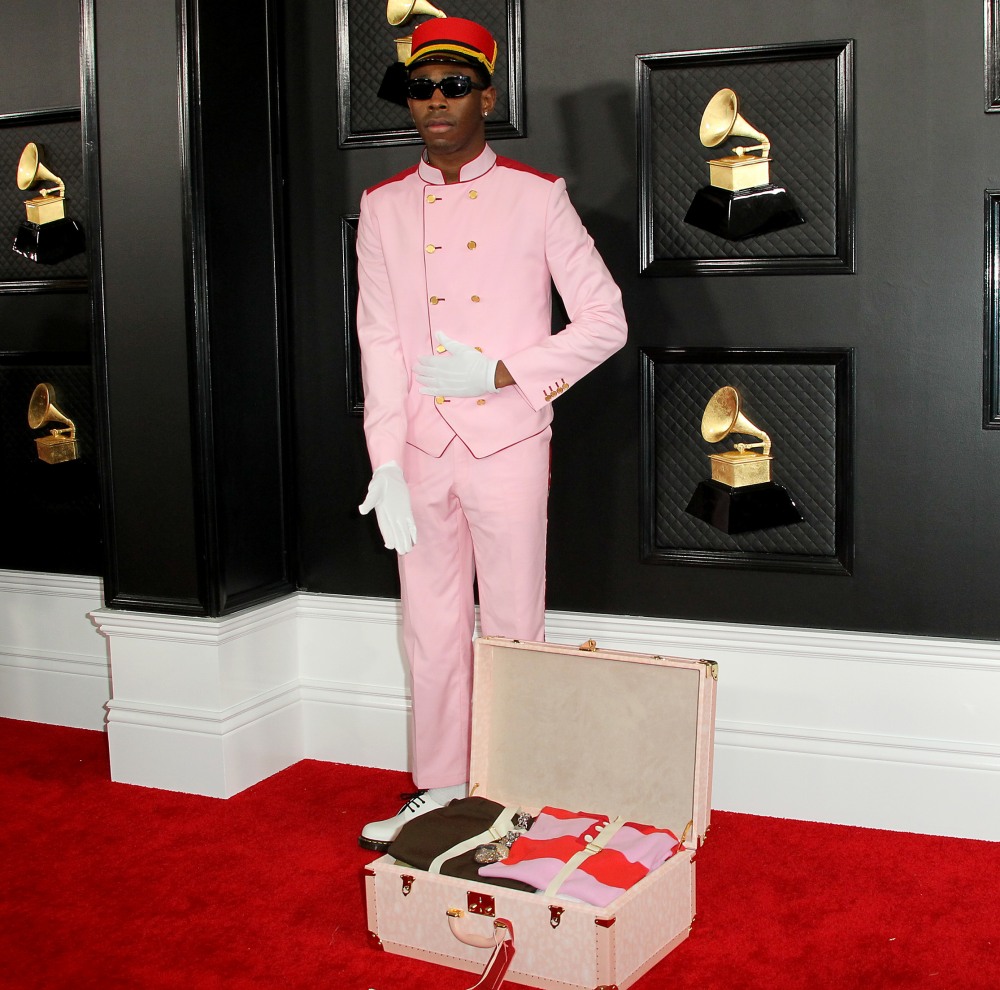 21 Responses to “Dua Lipa in Alexander Wang at the 2020 Grammys: tragic or fine?”