Chrissy Teigen in Yanina Couture at the Grammys: ridiculous but that’s typical for her? 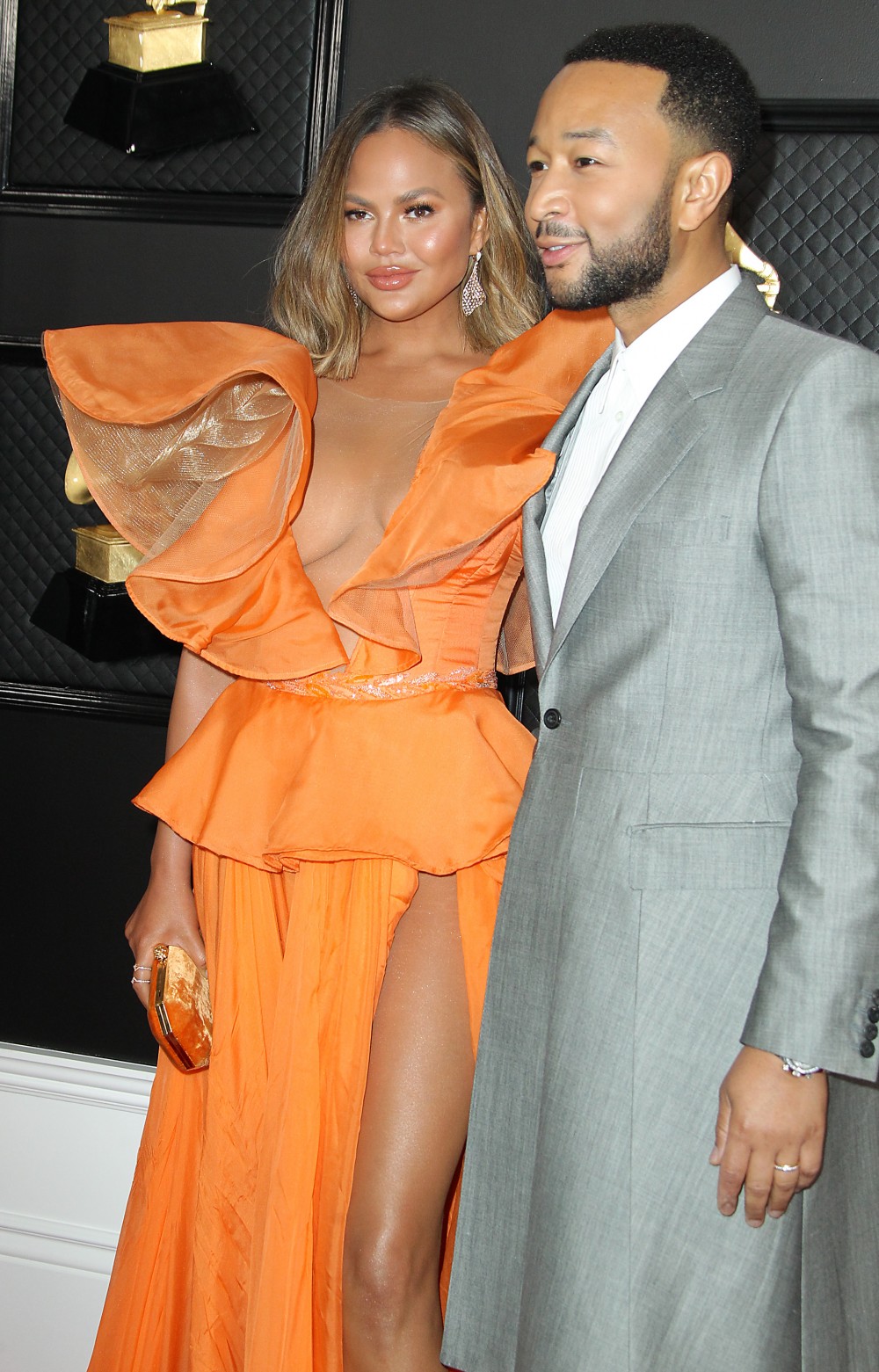 Chrissy Teigen was in this bizarre orange gown by Yanina Couture. It had giant ruffle shoulders, a v-neck so deep it looked like she would be exposed any second, a dumb ruffle peplum AND a waist high side slit. There’s just too much going on with this gown. Show either boobs or legs, not both. As for Chrissy’s styling, I like her earrings and her makeup is subdued and pretty. I’m glad I don’t live in LA or I would do too much to my face too. She’s beautiful, but you can tell. That’s all I’m saying about that. Oh I did like John Legend’s cool half long jacket. 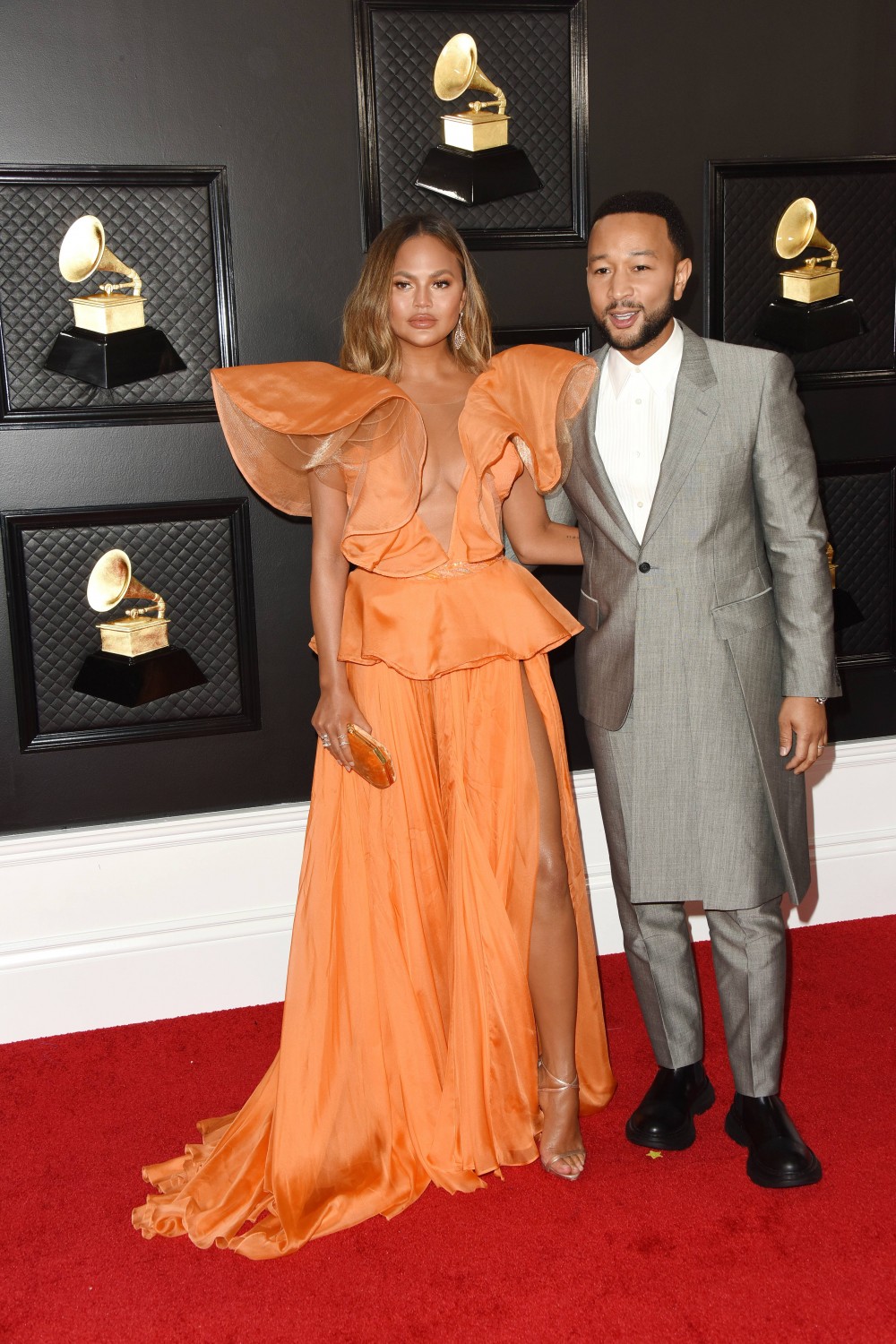 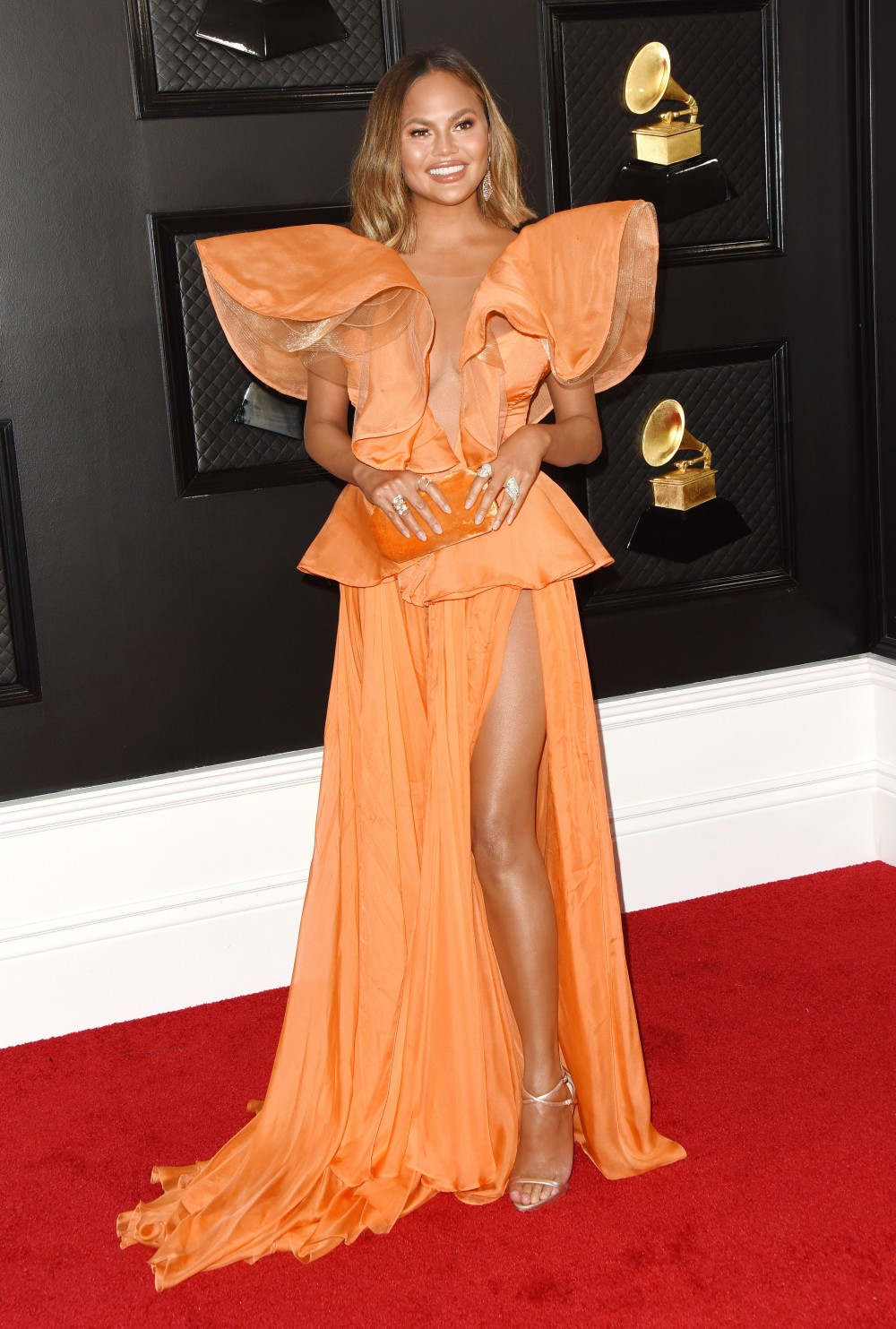 Heidi Klum is also married to a musician, Tom Kaulitz of Tokio Hotel, so she had good reason to be there, unlike a lot of other events she attends. She was in Dundas, also very bad and ill-fitting. This might be ok if it was tailored to her instead of hanging there. Unlike Chrissy she has bad styling too. My spidey sense is telling me something is wrong in her marriage, but I checked her Instagram stories and she posted a few videos with Tom. They were seated in the upper level, which seems like they got put in the cheap seats. 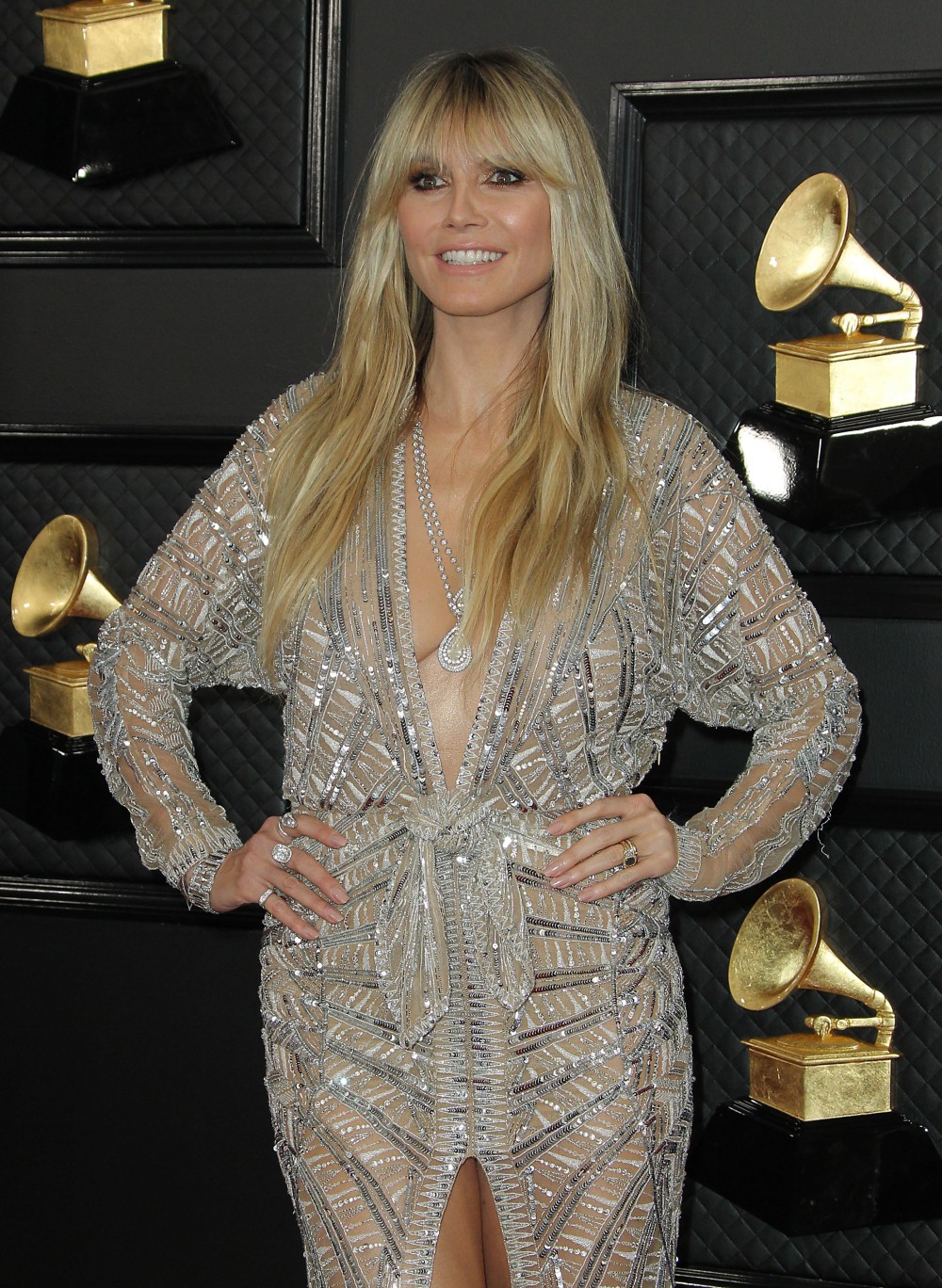 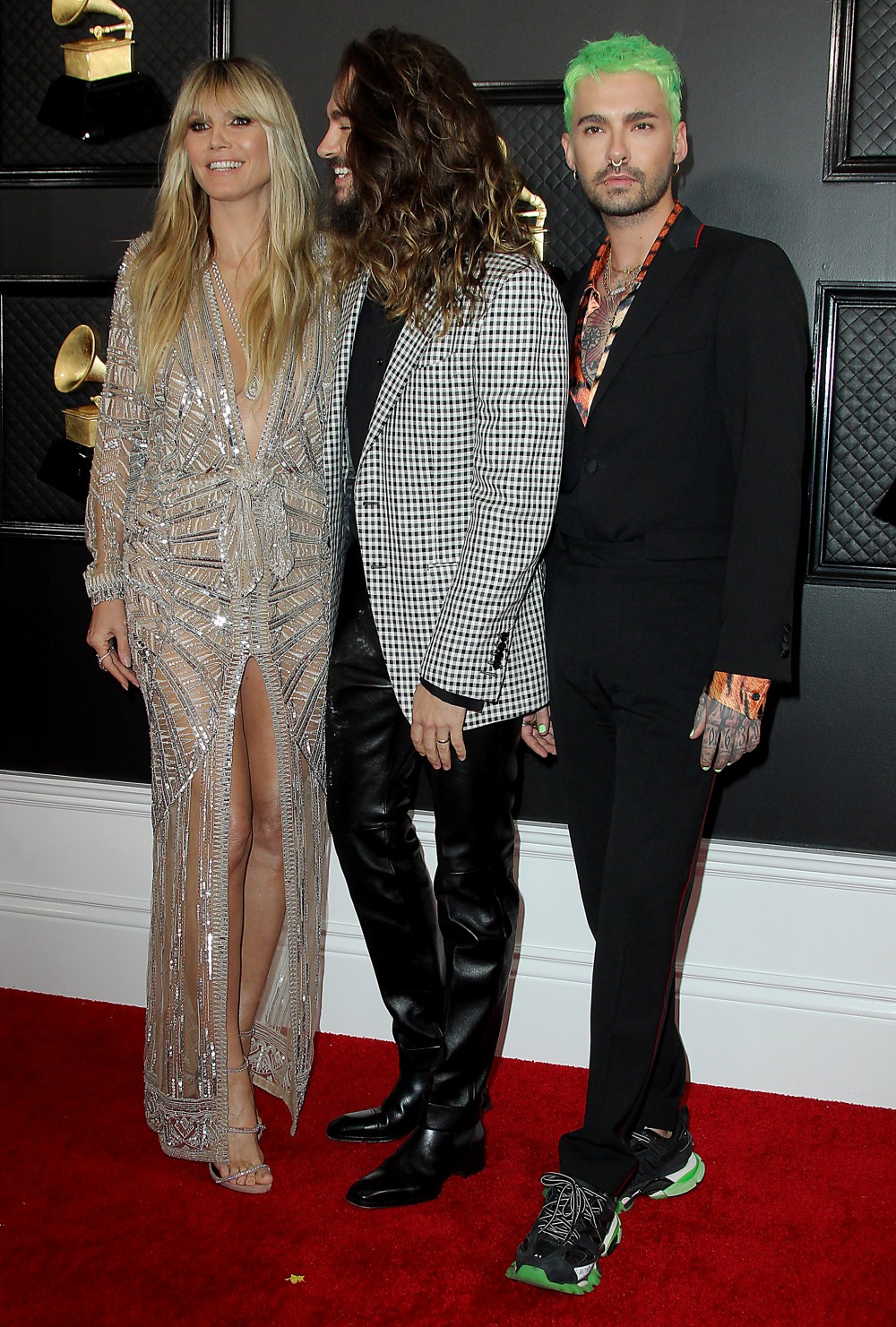 Model Alessandra Ambrosio was in this weird half-nun habit half-shorts look by Balmain. Balmain should stick to the mirror dresses they do so well. This is an interesting concept (see John Legend), taken too far and executed poorly. 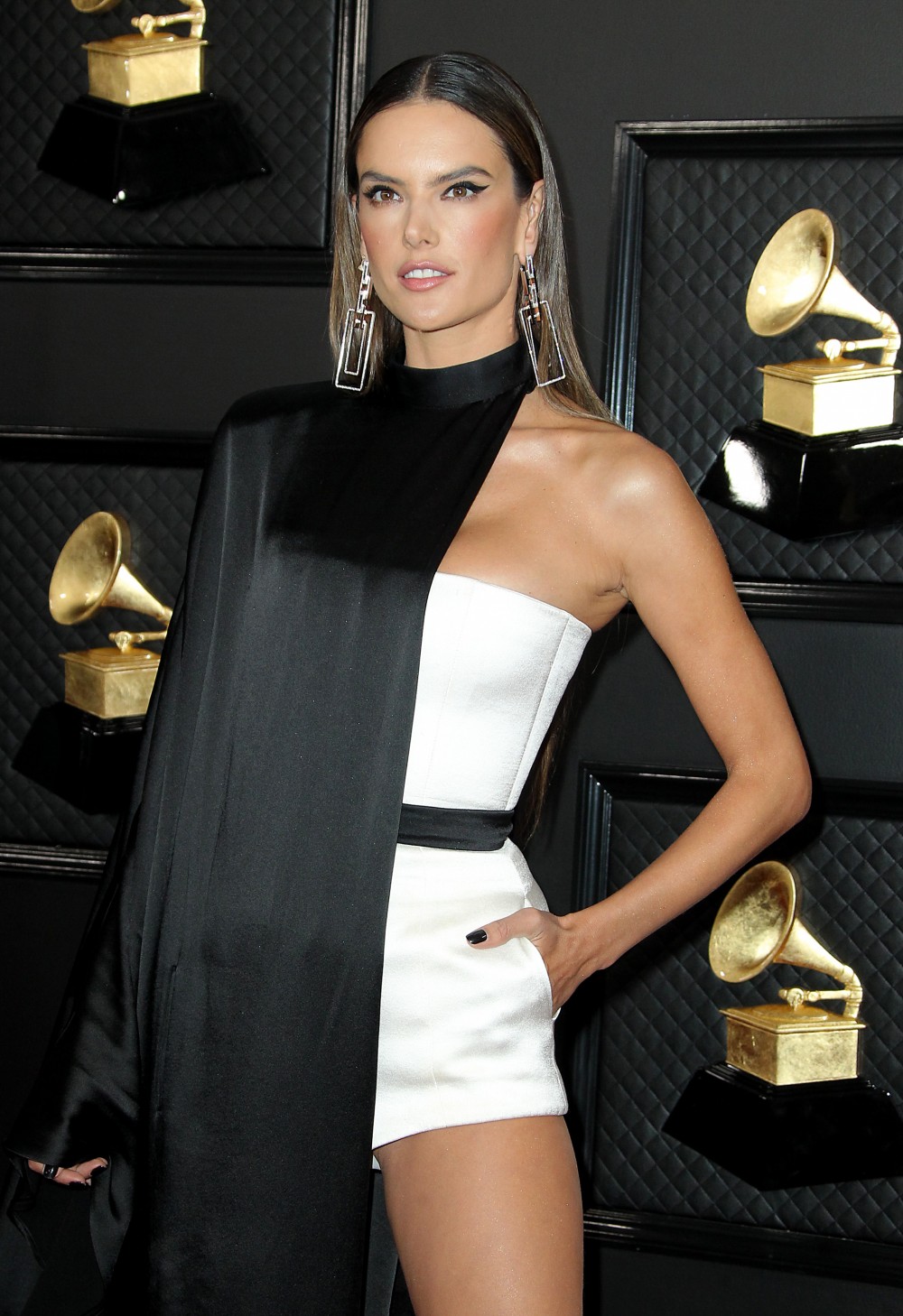 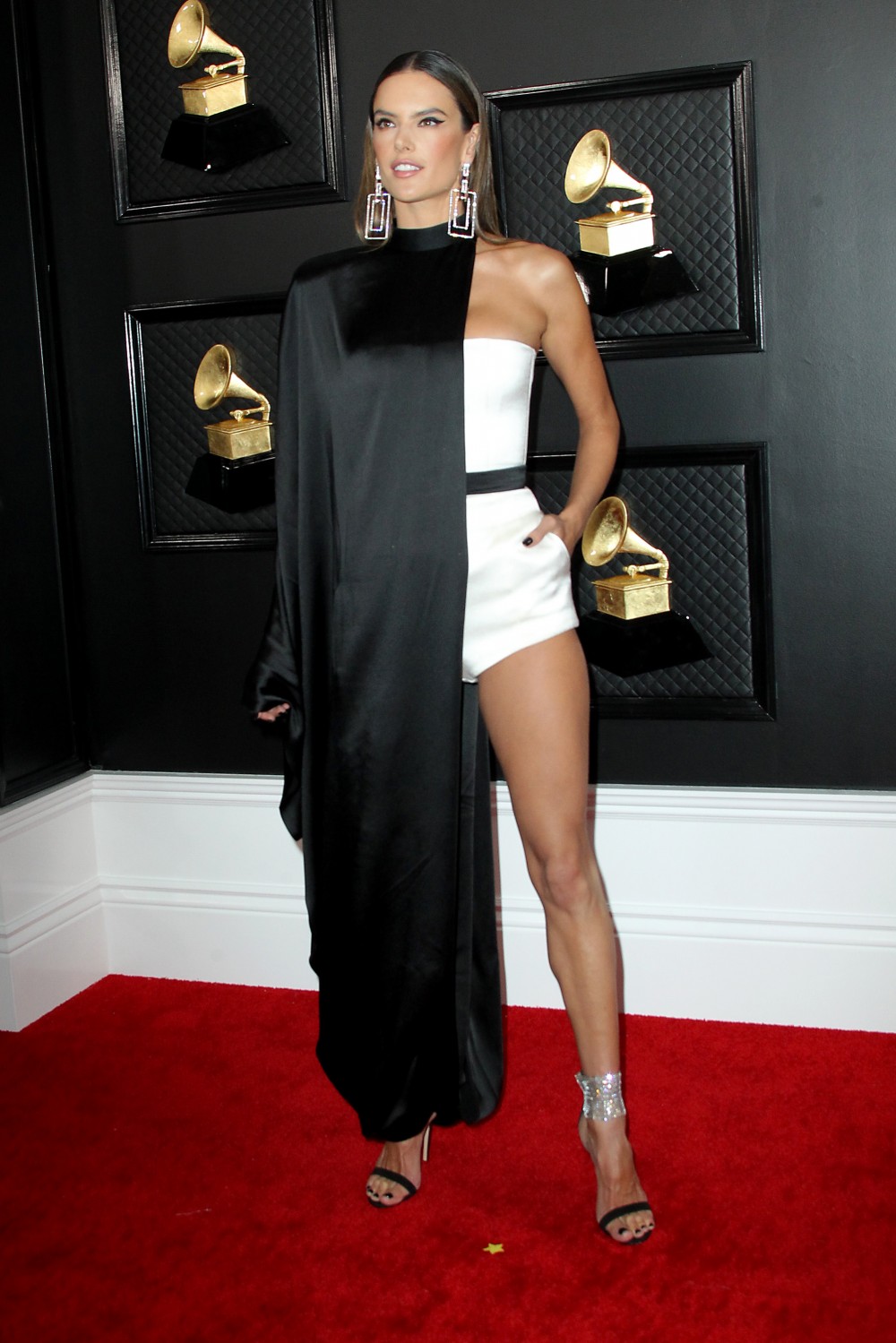 34 Responses to “Chrissy Teigen in Yanina Couture at the Grammys: ridiculous but that’s typical for her?”