Billy Porter wore a hat with remote control tassels to the Grammys: amazing? 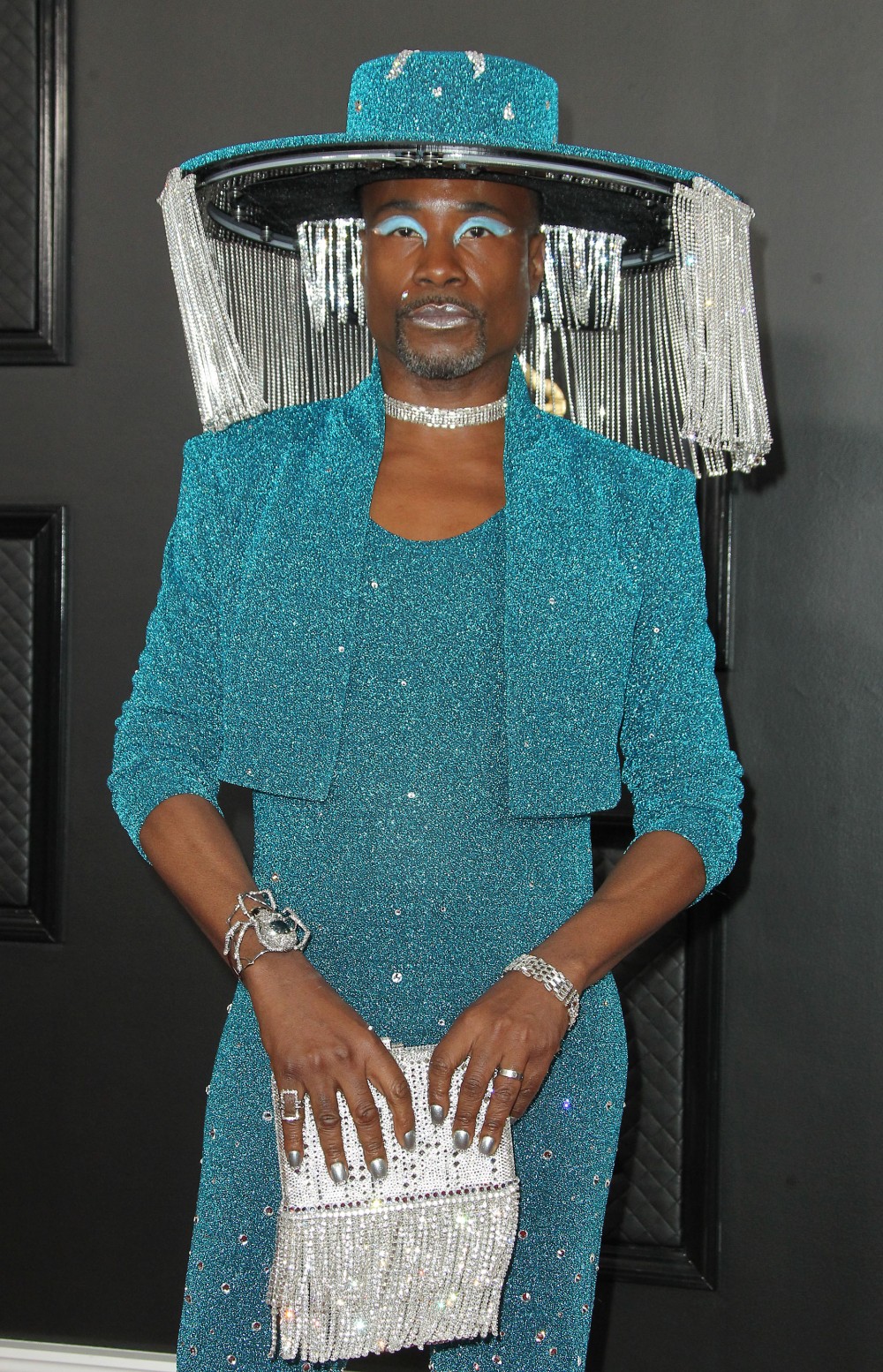 These are some of my favorite inventive wacky looks last night, and because of our ad regulations I’m not including the people who were literally showing their asses or boobs. Plus that’s not original, that’s just attention-grabbing. I’m also skipping the political statements, several of which were from deplorables. First off is Billy Porter, who always brings it, wearing custom Scott Studenberg of Baja East. His lampshade-looking hat was from Sarah Sokol Millinery and the tassels are mechanical, a company called Smooth Technologies rigged that for him. His stylist had the clicker for it. Here’s a video of that hat opening up! His boots are Coach and he even had a little matching clutch with fringe. 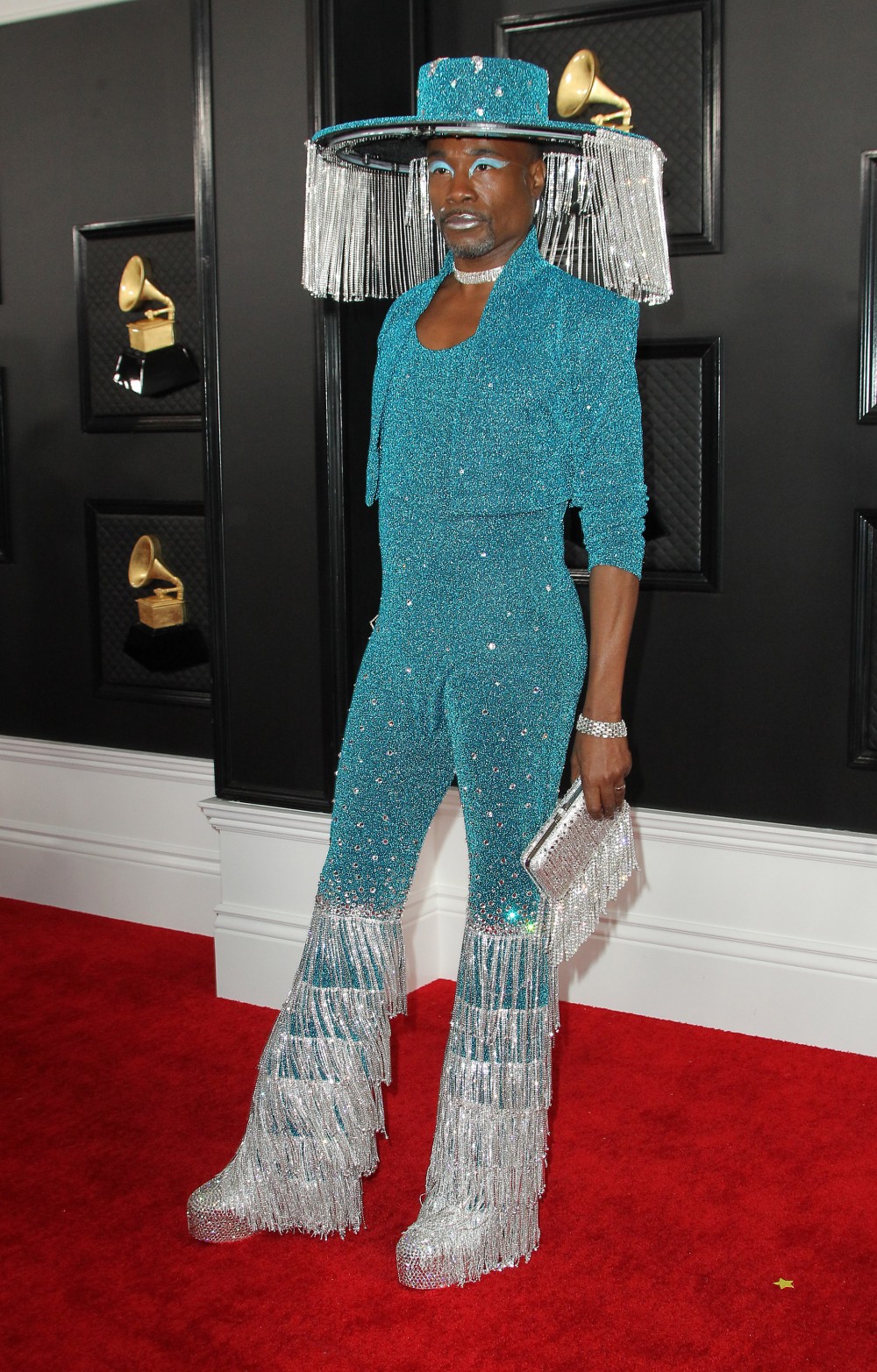 I saw this look on Ty Hunter and was amazed. He looks like Cinna dressed him! Look at the golden pins, that’s totally a Hunger Games nod, and how expertly deconstructed yet futuristic that jacket is. Honestly I didn’t know who he was, but it turns out that he’s Beyonce’s stylist! She obviously hired the best. The jacket is by Christoph Rumpf, those awesome boots are United Nude, and the pants are Landeros New York. Amazing. 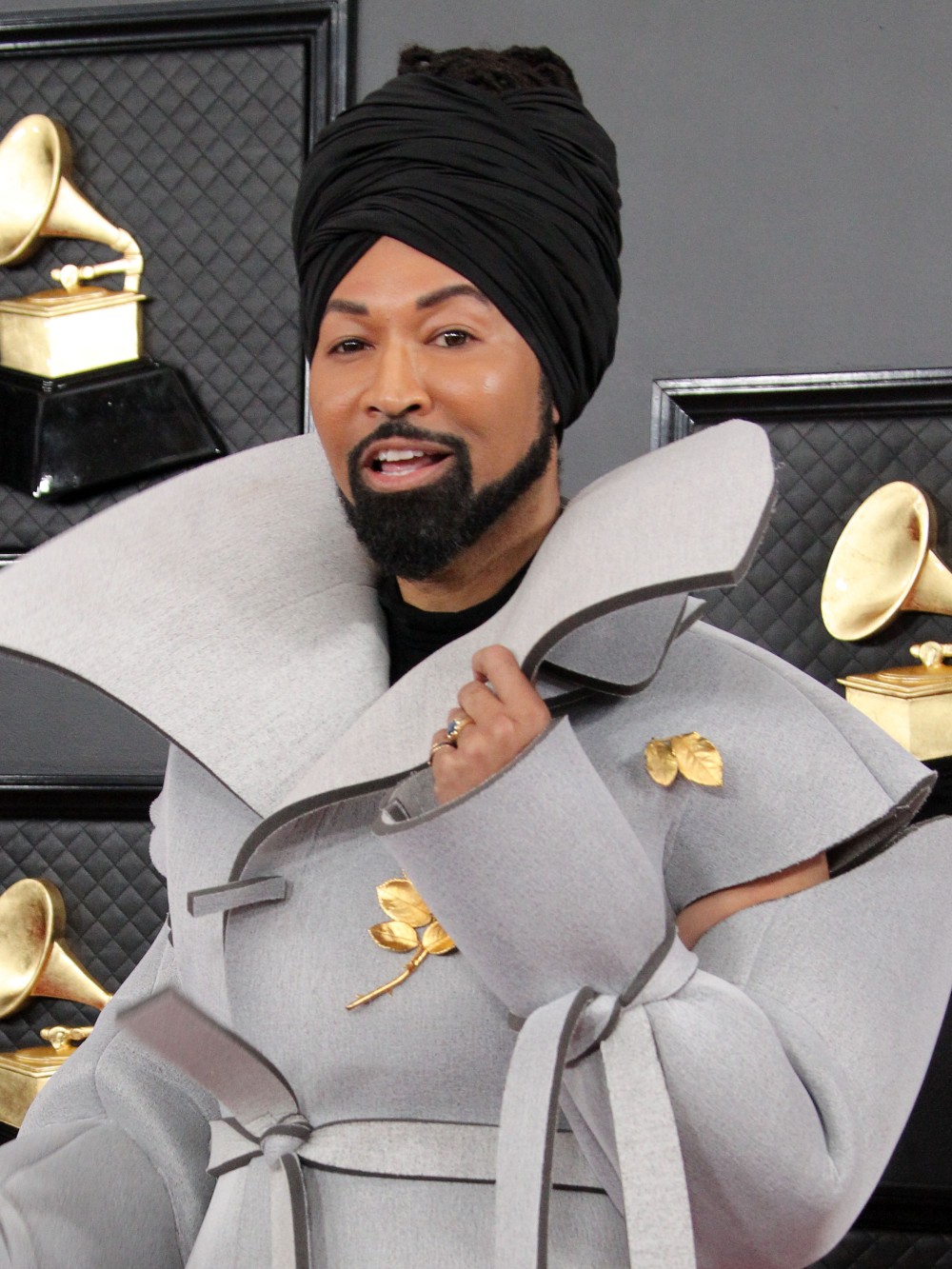 Shaun Ross is a model, he’s the first professional male model with albinism, and look at this amazing head to toe pearl outfit! This was his first Grammys and his post about it was so sweet. He brought his mom too. I don’t have a designer ID on the outfit but his boots are also by United Nude, the same company that did Ty Hunter’s boots. 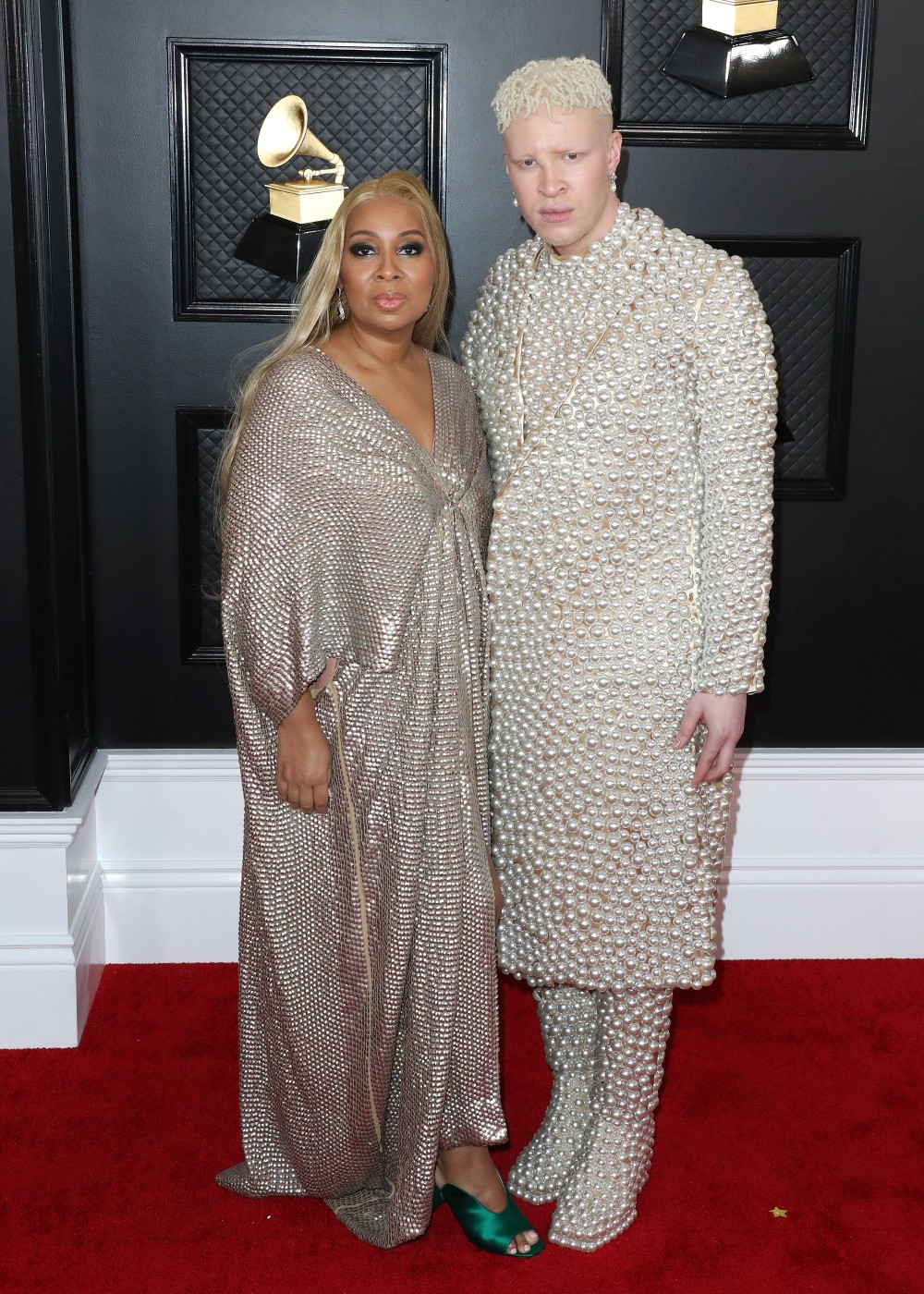 this is the kind of moment you watch on TV and never thought you’d be there, well I’m here and it’s my moment and I’m proud of myself and I hope you are too

Carmen Vandenberg and Rosie Oddie are in Bones UK and they’re more of an honorable mention in this wacky/amazing fashion post. They wore dressy work jumpsuits with cute pins and jewelry netting with combat boots. This isn’t high fashion but I thought it was fun. I especially liked the little pearls around their hairlines. They were nominated in the rock performance category, for their song “Pretty Waste,” and that went to Gary Clark Jr. for “This Land.”
Embed from Getty Images

29 Responses to “Billy Porter wore a hat with remote control tassels to the Grammys: amazing?”