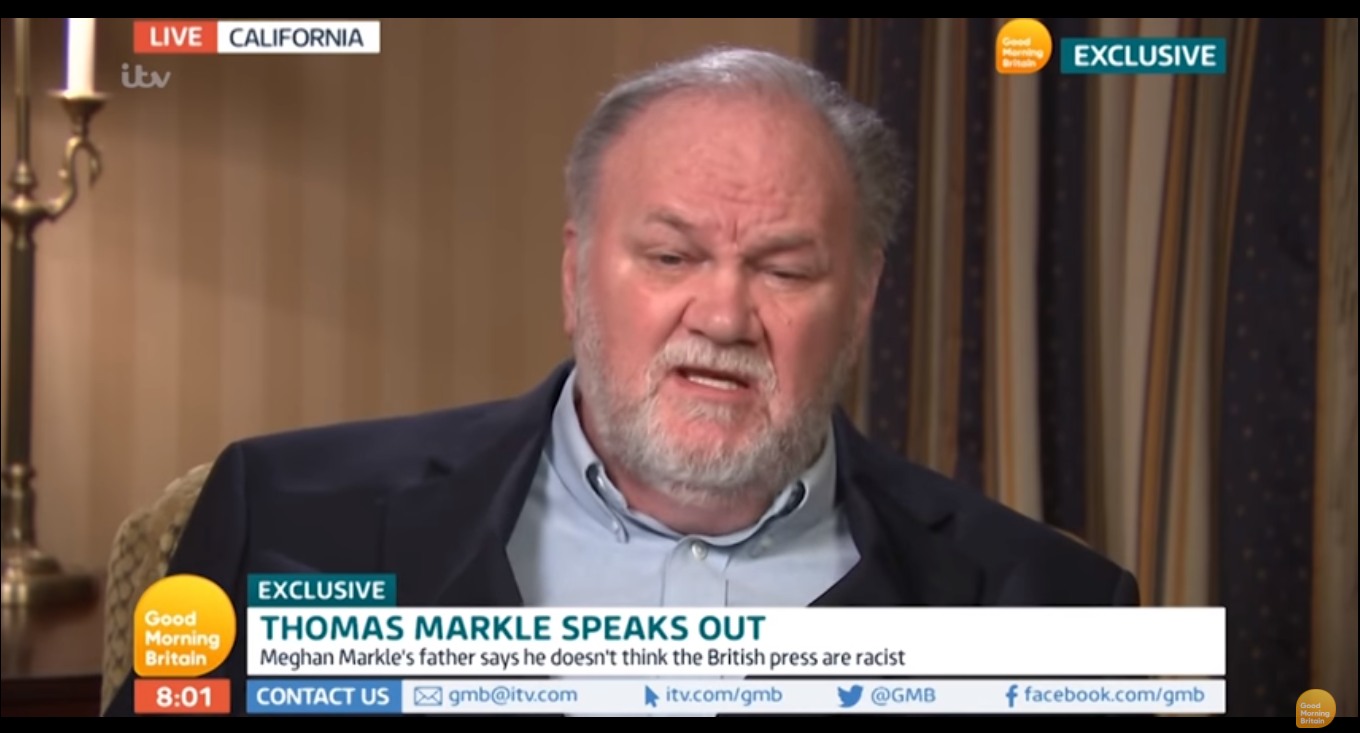 Today’s tedious and pathetic display in the Sussexit saga was Piers Morgan interviewing Thomas Markle – via satellite link – for Good Morning Britain. Quick question for British peeps… is there any backlash towards GMB’s producers or parent company for Piers Morgan’s behavior, his open racism, his appalling sexism and generally trollish behavior? It’s shocking that he still has a job, is what I’m saying. Is GMB sort of like a Fox News morning show, where people expect to see the worst person snort and preen and lie as they eat breakfast? The man makes me nauseous. Thomas Markle also makes me want to vom, especially when it’s clear that he’s trying to remember the script written out for him by Piers.

To all the people who tweeted me about this… did you watch the whole thing? Because I couldn’t. This is ten minutes of two abusive men harassing a woman who has justifiably cut both of them out of her life. It’s a portrait of two narcissistic bullies and hateful idiots being gross. So, yeah, I couldn’t watch this beyond one minute. Life’s too short. I’m going off of coverage found elsewhere – Thomas apparently threatened to give a tell-all interview every 30 days until Meghan speaks to him. He ordered Harry to “man up and fly down and see me and we will talk.” He says that the British coverage of Meghan was not racist. He says that Meghan and Harry are an embarrassment to Queen and country.

People were also tweeting at me because Thomas claims to have been in contact with Jason Knauf, who is currently in charge of the Duke and Duchess of Cambridge’s Royal Foundation. But… from what I gather, I think Thomas was referencing a time in 2018 when he tried to get in touch with Meghan and Harry either immediately before or after the wedding. Which would have been when Harry and William shared an office, and Jason Knauf worked for both of them. It’s not like Jason has only worked for William for years. Still, I’m not going to watch this abusive POS for ten minutes to work it out. But sure, I wouldn’t put it past Camp Cambridge to be actively pushing stories about Toxic Tom. 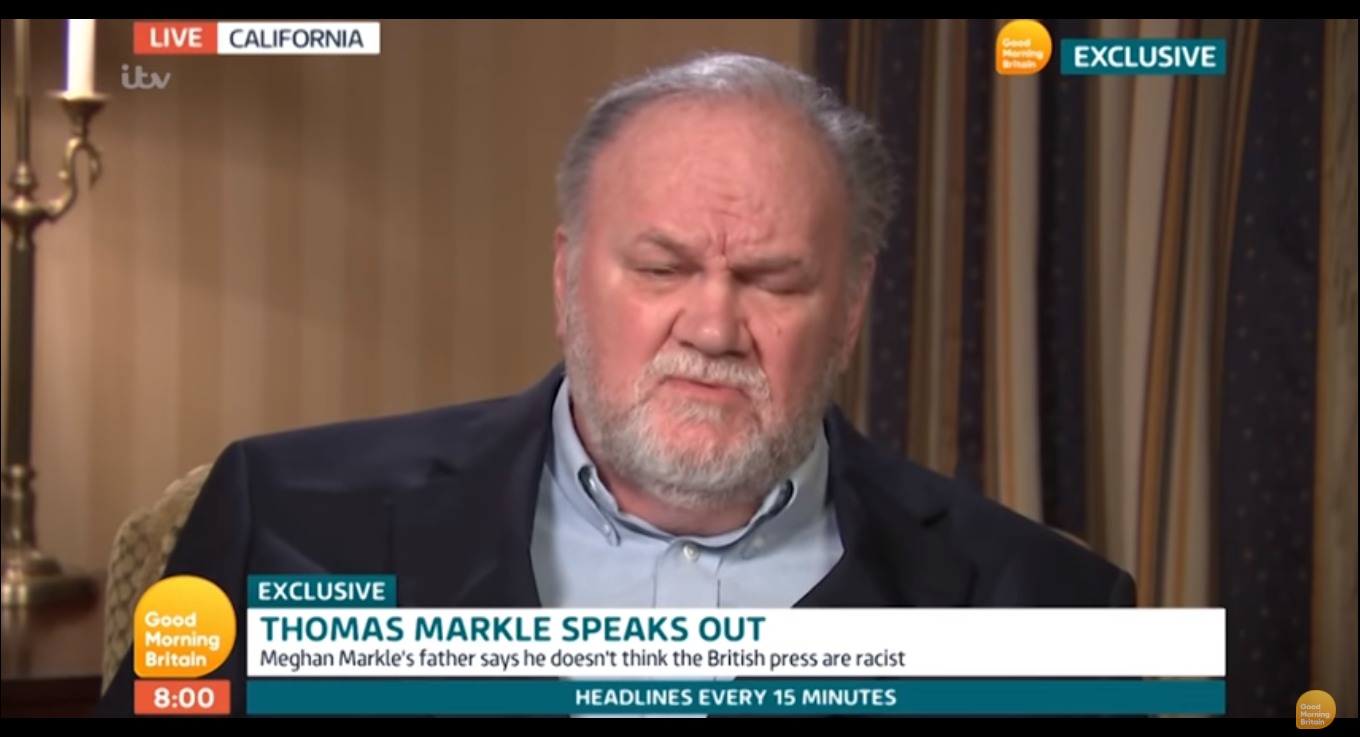