Stephen King: The Oscars are ‘still rigged in favor of white people’ 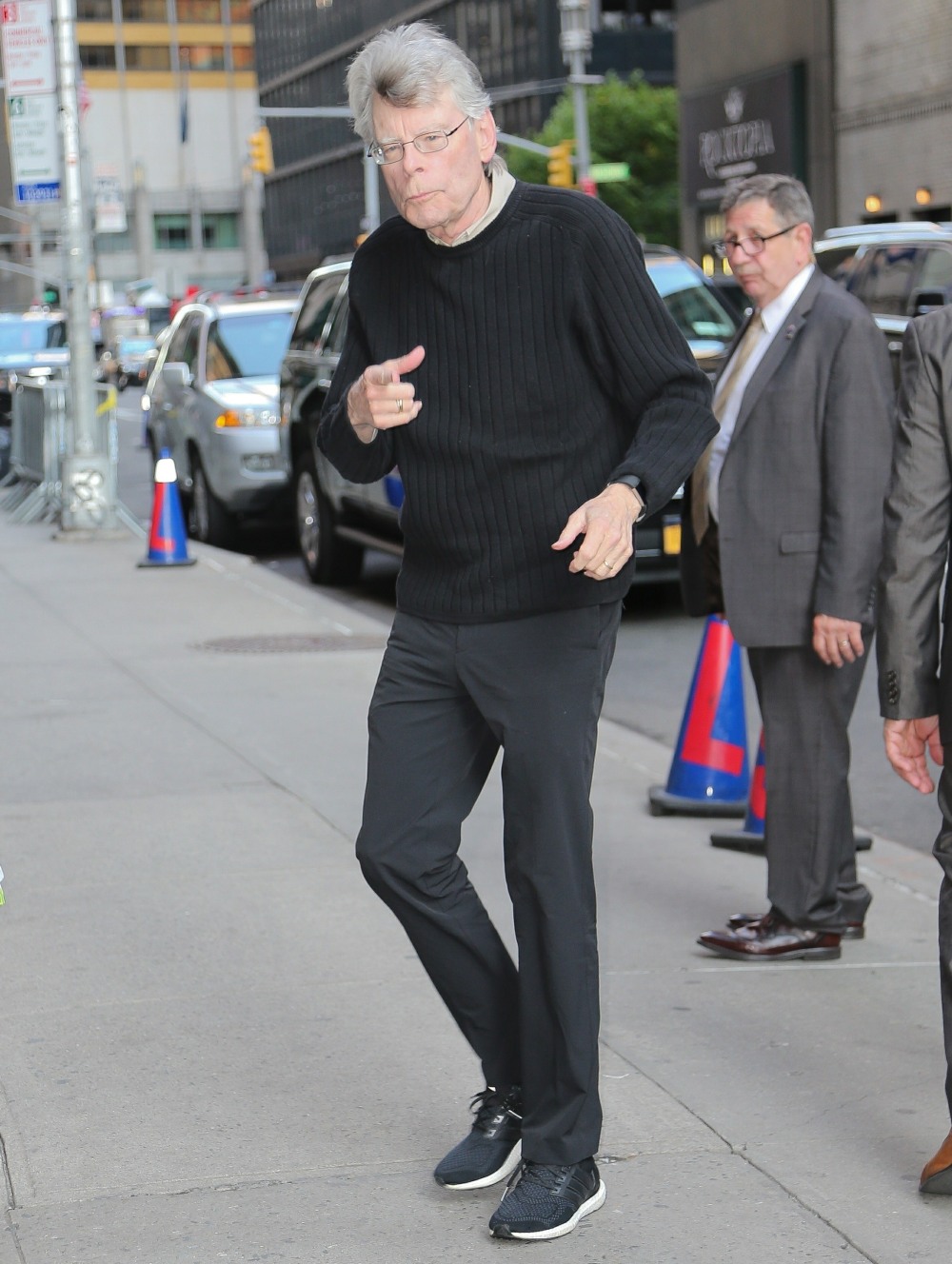 Whenever I hear a story about Stephen King, it’s usually about how nice he is to everyone. Whenever I look at his tweets, I’m reminded of how liberal/progressive he is and how great it is to have someone like King making those arguments. That’s why it was so difficult to see how and why King got it wrong on social media a few weeks ago. He was tweeting about yet another year where women directors were overlooked for Oscar nominations, and people of color were almost entirely shut out yet again. The 2020 Oscars are about the struggles of white dudes, as always. But King made the argument that fair is fair and there’s a level playing ground and we shouldn’t consider race or gender when nominating people for awards. King seems to understand (now) that he made some bad tweets. And you know what? I don’t hate the way he’s been sitting there, listening to the arguments and conversations, and actually trying to learn from it. So perhaps that’s why he wrote a Washington Post op-ed: “Stephen King: The Oscars are still rigged in favor of white people.” Some highlights:

Discussions of arts and culture, like discussions of politics, have become increasingly acrimonious and polarized in recent years. Lines of belief are drawn with indelible ink, and if you step over them — wittingly or otherwise — you find yourself in the social-media version of the stocks and subject to a barrage of electronic turnips and cabbages. I stepped over one of those lines recently, by saying something on Twitter that I mistakenly thought was noncontroversial: “I would never consider diversity in matters of art. Only quality. It seems to me that to do otherwise would be wrong.” The subject was the Academy Awards. I also said, in essence, that those judging creative excellence should be blind to questions of race, gender or sexual orientation.

I did not say that was the case today, because nothing could be further from the truth. Nor did I say that films, novels, plays and music focusing on diversity and/or inequality cannot be works of creative genius. They can be, and often are. Ava DuVernay’s 2019 Netflix miniseries, “When They See Us,” about the wrongful convictions of the Central Park Five, is a splendid case in point.

.. For answers to why some talented artists are nominated and some — such as Greta Gerwig, who helmed the astoundingly good new version of “Little Women” — are not, you might need to look no further than the demographic makeup of those who vote for the Academy Awards. It’s better than it was, certainly. Only eight years ago, 94 percent of the 5,700 voters were white, according to the Los Angeles Times, 77 percent were male and 54 percent were more than 60 years old. This year, women make up 32 percent of voters (up only 1 percent from last year) and minority members equal 16 percent of the total. Not good enough. Not even within shouting distance of good enough.

The Academy of Motion Picture Arts and Sciences is trying — in a stumbling fashion far too slow for the Age of Apple and Facebook — to make changes. In the years before #OscarsSoWhite (2015), the academy added about 115 members per year, arguing that a smaller voting pool kept the professional caliber of the voters high. If that makes you mad, it should.

In 2019, the academy invited 842 new members, after inviting 928 the year before, which would bring the total to about 9,000. Give them credit for trying to catch up . . . but not too much credit. Of the nine films nominated for Best Picture this year, the majority — “The Irishman,” “Ford v Ferrari,” “1917,” “Joker” and “Once Upon a Time in Hollywood” — are what my sons call “man-fiction.” There are fights, guns and many white faces.

Eh. King doesn’t really have any answers, but I’m fine with him not having any answers, to a certain extent. He’s part of the problem, but he’s shown a willingness to listen and change and at least try to problem-solve. Of course, part of his op-ed was just King reminding everyone that he’s written interesting, complex female characters and that he approved of Idris Elba’s casting in The Dark Tower. Which, fair enough. This op-ed is basically like “I Swear I’m Not Un-Woke, Remember All The Good Things I’ve Said And Done.” And as I said, I don’t hate it. 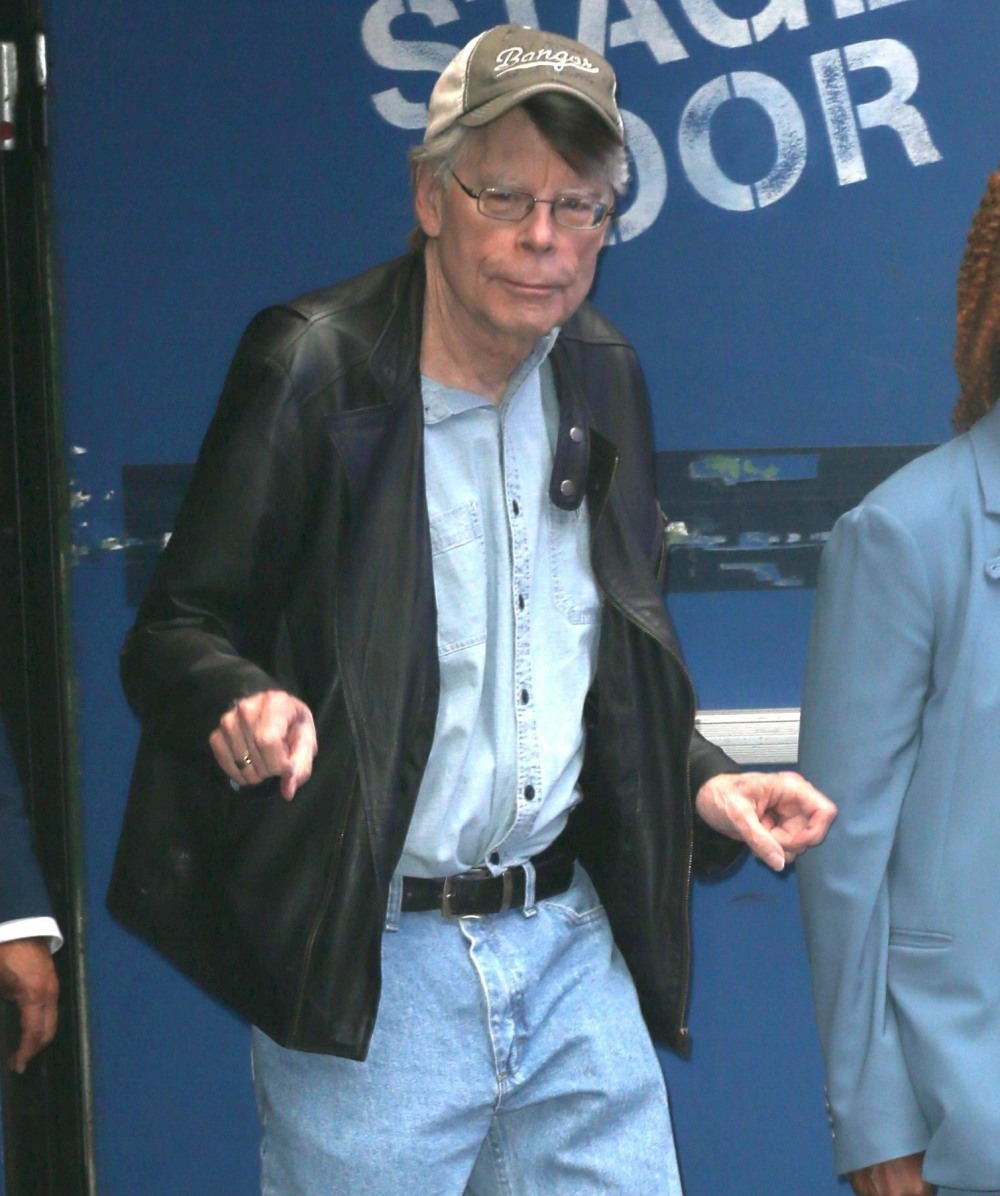 7 Responses to “Stephen King: The Oscars are ‘still rigged in favor of white people’”