David Schwimmer: ‘I’m very aware of my own privilege as a heterosexual white male’ 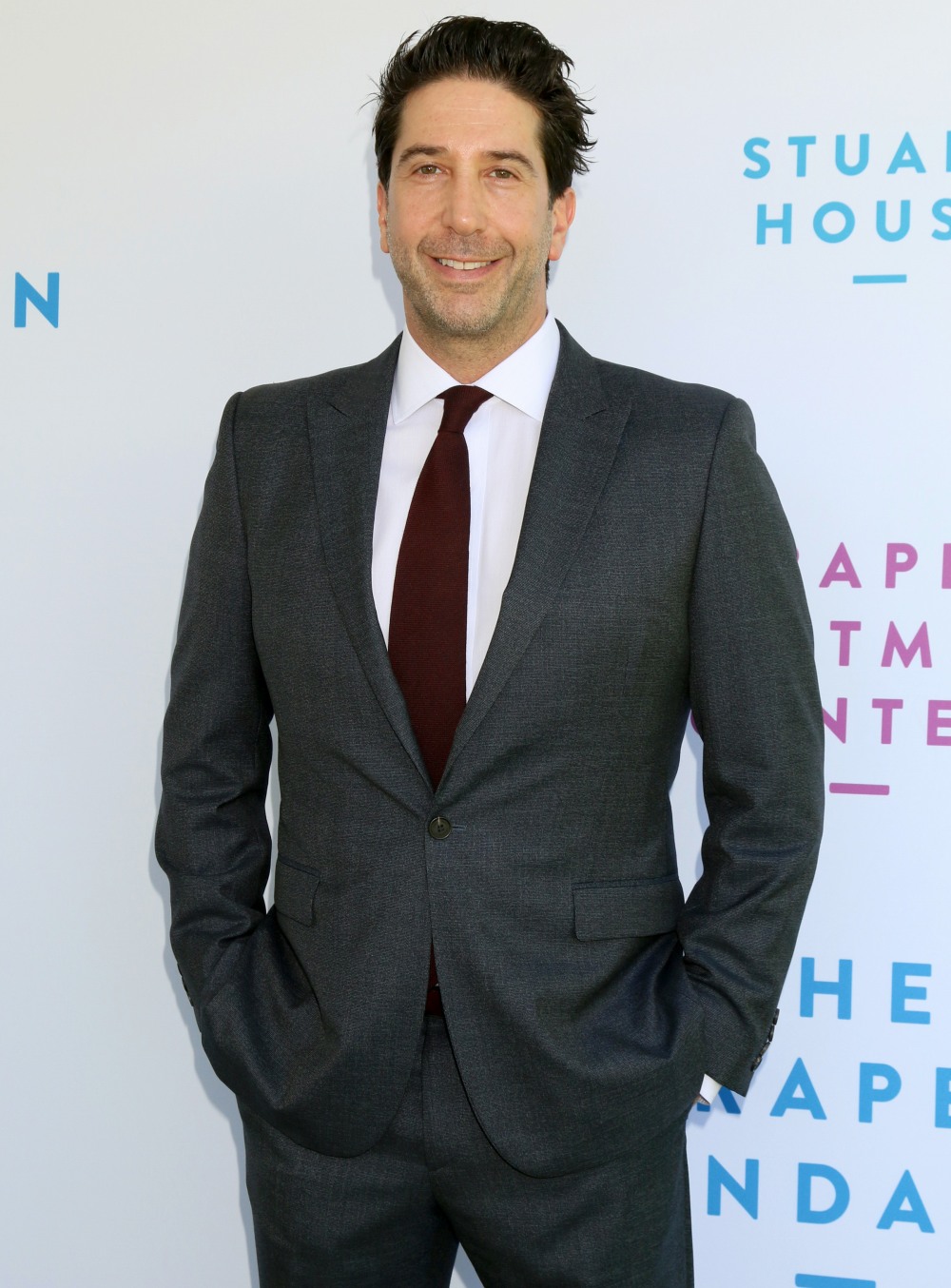 I used to think that post-Friends David Schwimmer was sort of a sad sack lost soul. But over the years, I’ve learned more about him and I’ve read many of his post-Friends interviews, and I have to say… David Schwimmer seems like a really nice guy, and like he was always a nice guy who’s been respectful of the women around him. Schwimmer is currently promoting a new British TV show, Intelligence, so he sat down for a surprisingly in-depth interview about his life, his divorce, how he views Friends in retrospect, and a lot more. You can read the full piece here. Some highlights:

Always being Ross from Friends: “I think I’m kind of over that. There was a period that I was very, very frustrated by being pigeonholed in this one genre, this one idea. I got Friends when I was 27 but I had done all this work on stage. But all that was just eradicated. As far as the public was concerned, I came out of the womb doing sitcom. So that was frustrating, as if it obliterated all the other training, all the other roles I had done… The older I get and the more my perspective shifts, the more you realise just how good you had it. That 10-year run with that particular cast, that group of writers, those directors. It was an amazing time professionally, but mostly creatively.”

He thinks Friends is still so popular because it was pre-smartphone, pre-social media: “That’s why Friends is nostalgic, because it was a time right before the world profoundly changed in terms of social media and where our focus was. It was six people who actually sat and talked to each other.”

On the criticism that Friends hasn’t aged well: “I don’t care. The truth is also that show was groundbreaking in its time for the way in which it handled so casually sex, protected sex, gay marriage and relationships. The pilot of the show was my character’s wife left him for a woman and there was a gay wedding, of my ex and her wife, that I attended. I feel that a lot of the problem today in so many areas is that so little is taken in context. You have to look at it from the point of view of what the show was trying to do at the time. I’m the first person to say that maybe something was inappropriate or insensitive, but I feel like my barometer was pretty good at that time. I was already really attuned to social issues and issues of equality.”

He always argued for Ross to date women of color: “Maybe there should be an all-black Friends or an all-Asian Friends. But I was well aware of the lack of diversity and I campaigned for years to have Ross date women of colour. One of the first girlfriends I had on the show was an Asian American woman, and later I dated African American women. That was a very conscious push on my part. It’s interesting also how the show handled the Judaism of the characters. I don’t think that was earth-shattering or groundbreaking at all, but I for one was glad that we had at least one episode where it wasn’t just about Christmas. It was also Hanukkah and, even though I played the Hanukkah armadillo… I was glad that we at least acknowledged the differences in religious observation.”

He grew up being aware of his privilege. “My mom was a very vocal, groundbreaking feminist activist lawyer [and occasional actor]. So my earliest memories of theatre were watching these feminist productions that my mom was in and being on the picket line with my parents and fighting for women’s rights and gay rights. That’s the environment I grew up in. I’m very aware of my own privilege as a heterosexual white male whose parents were able to pay for a private education for me. I’ve always felt a sense of responsibility to give back and to call things out if I see an abuse of power.”

How he felt when #MeToo happened: “Primarily I felt like: ‘Ah, finally! Yes, yes!’ My mom has been telling my sister and me stories since she was a young lawyer being sexually harassed by judges, clients, other lawyers. I don’t know a woman in my life that has not been harassed in some way.” All the same, he says, he was saddened by the “atmosphere of terror” that struck “all men … Some people called it a ‘witch hunt’. I disagree with that, but … there was a lot of over-reacting, I think. Some of the more complex situations were lumped in with the more egregious and criminal.”

I’ve heard that before, that Schwimmer pushed producers to introduce more diverse guest stars and that he was largely behind Aisha Tyler’s character arc. The “too white” criticism happened in real time, as the show aired, but it wasn’t this larger conversation about diversity that we have now. And he’s right about the show being groundbreaking on some things, and for the representation of modern Judaism. As for the idea of a Friends reunion, he said that the cast does get together every now and then, and that he speaks to Matt LeBlanc the most regularly. He says he’s interested in a Friends reunion if it’s a one-off reunion show but he’s not interested in anything more than that. 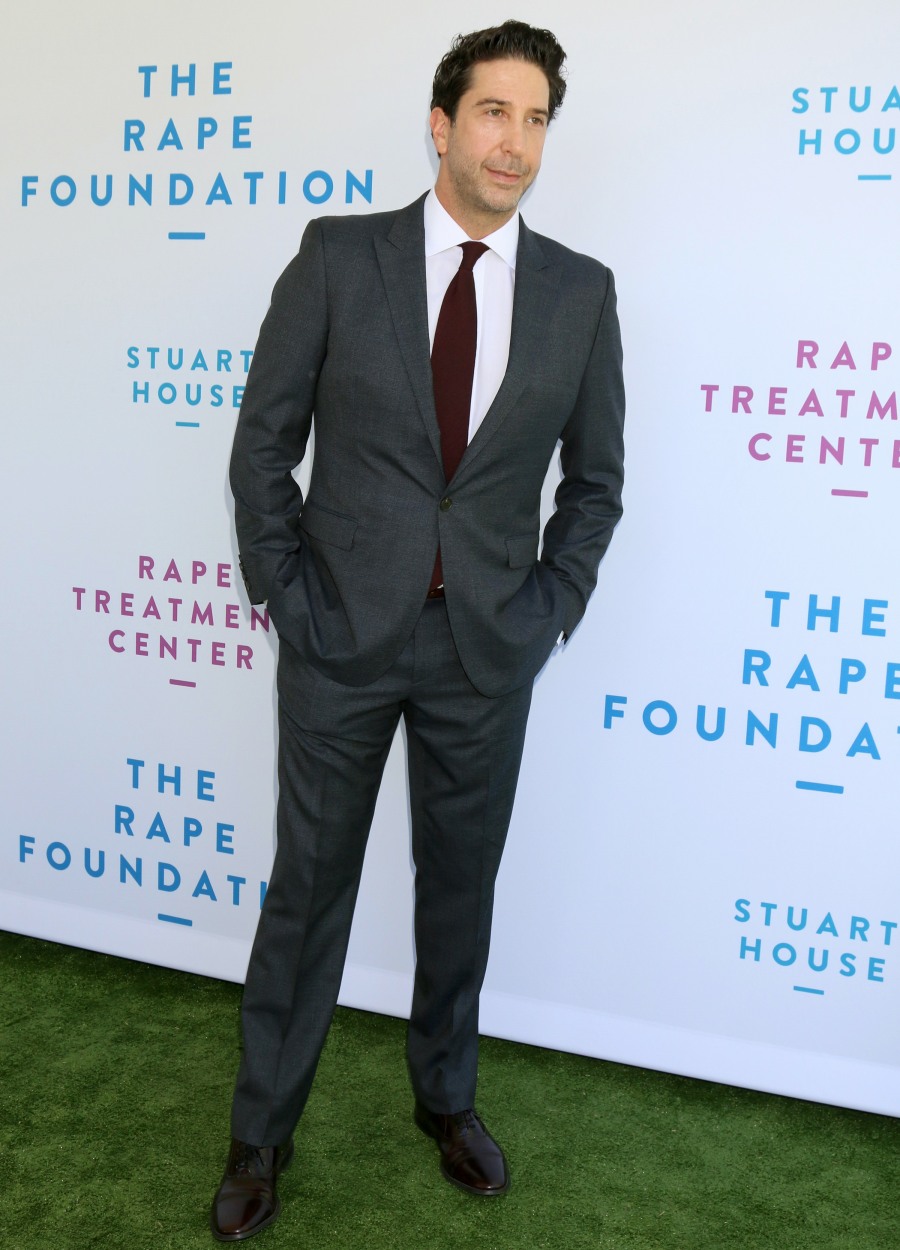 51 Responses to “David Schwimmer: ‘I’m very aware of my own privilege as a heterosexual white male’”