Charlize Theron in Louis Vuitton at the CDGAs: best look of the awards season? 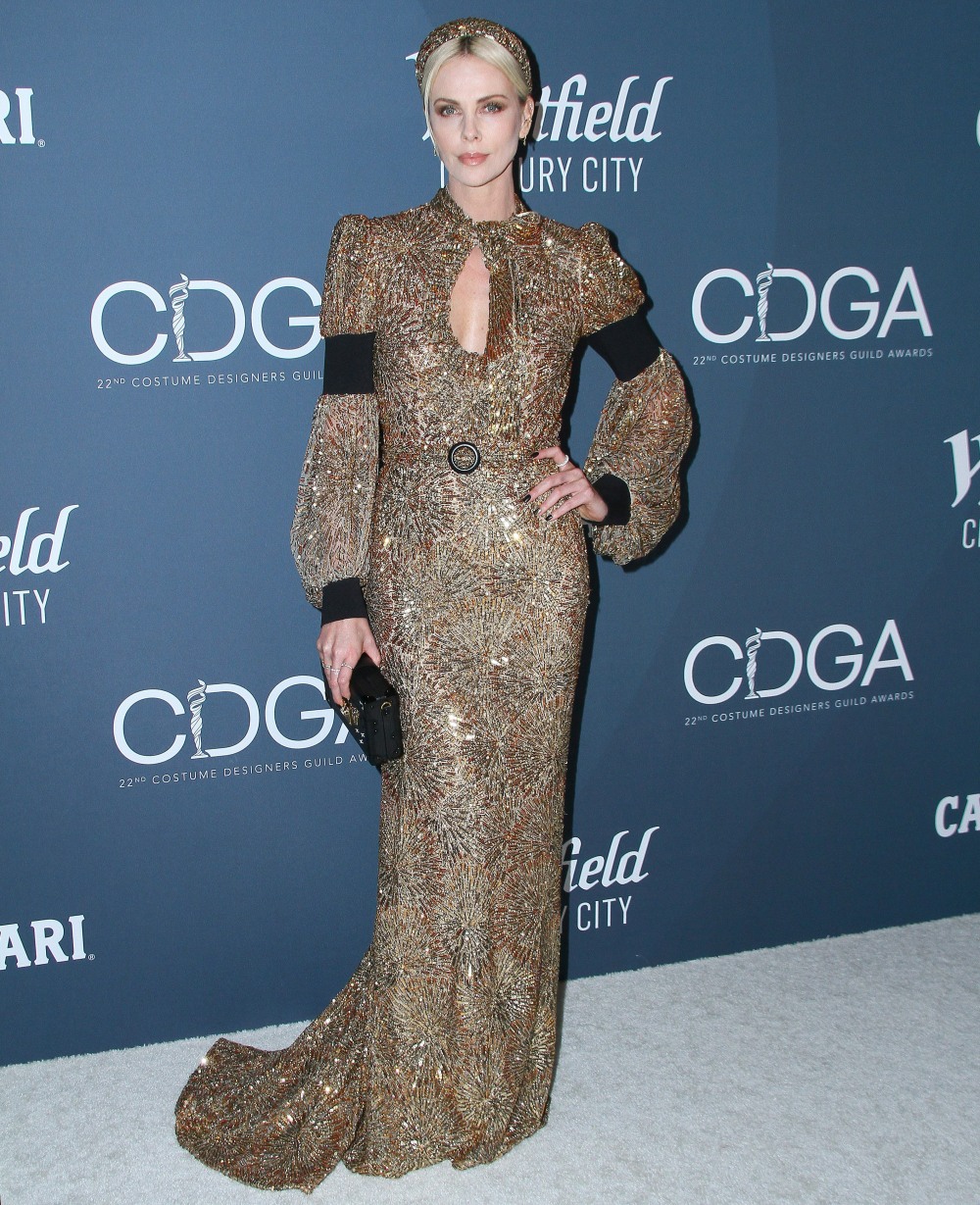 I’m trying to get into the high-fashion mood ahead of this weekend’s BAFTAs and the upcoming Oscars two Sundays from now. These are photos from last night’s Costume Designers Guild Awards. The big winners in film were for JoJo Rabbit (Excellence in Period Film), Knives Out (Jenny Eagan) for Contemporary Film and Maleficent: Mistress of Evil (Ellen Mirojnick) for Sci-Fi/Fantasy Film. Charlize Theron was there to represent Bombshell, and she went all out in this surprisingly gorgeous Louis Vuitton gown. Charlize likes some fashion drama and she can really pull off these BIG looks. Honestly, I think this is my favorite look on Charlize from the entire awards season thus far? And that’s mostly because her hair finally looks cute with that gold headband. Her terrible hair has been ruining what would have been good looks for two months now. 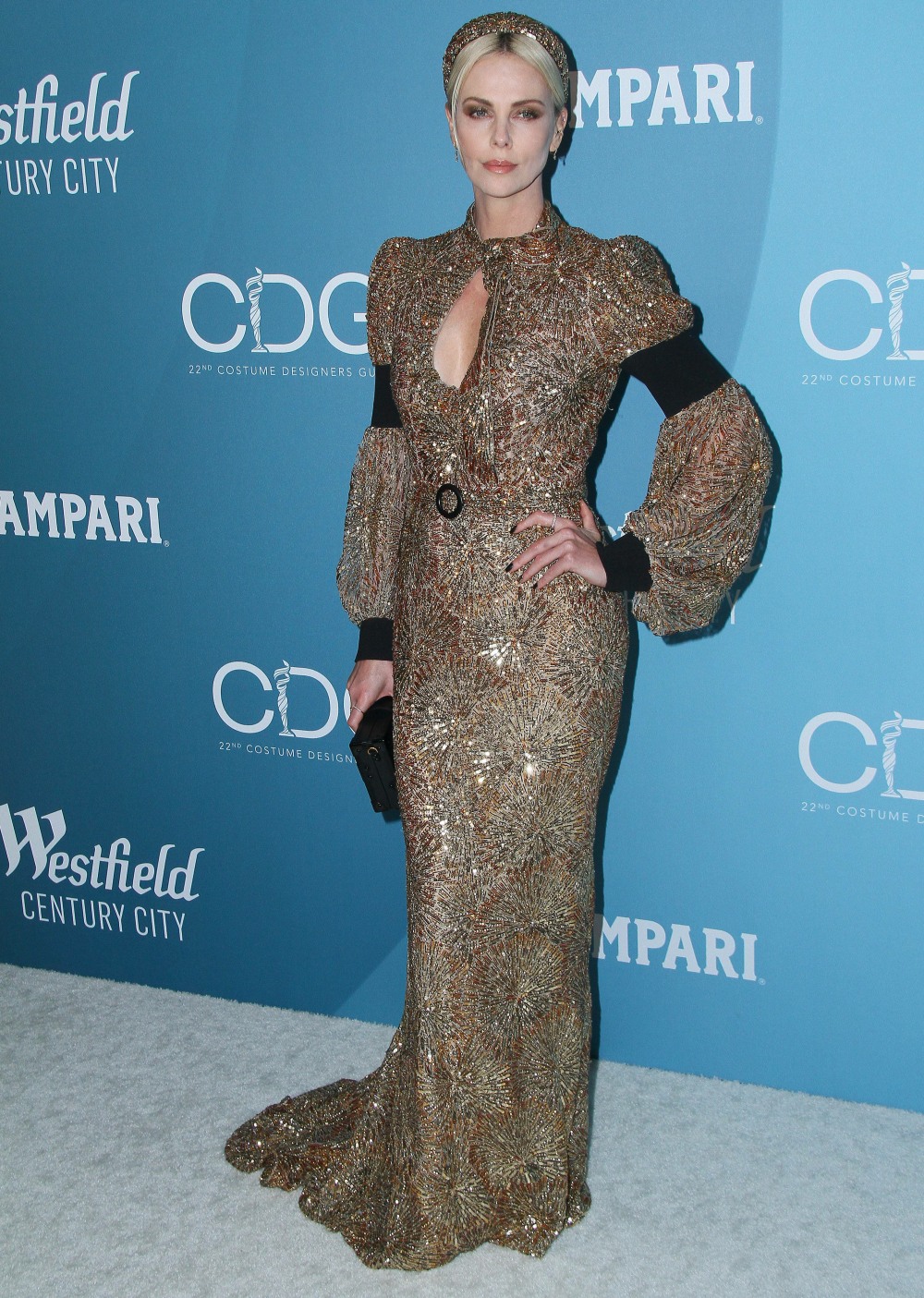 Mindy Kaling was the MC/host of the CDGAs, and she wore a custom Salvador Perez gown. Again, it’s appropriate for an awards show for costume designers – I love a velvet dress, but I would like to edit this somehow. It feels a bit dated? Her hair looks great though. 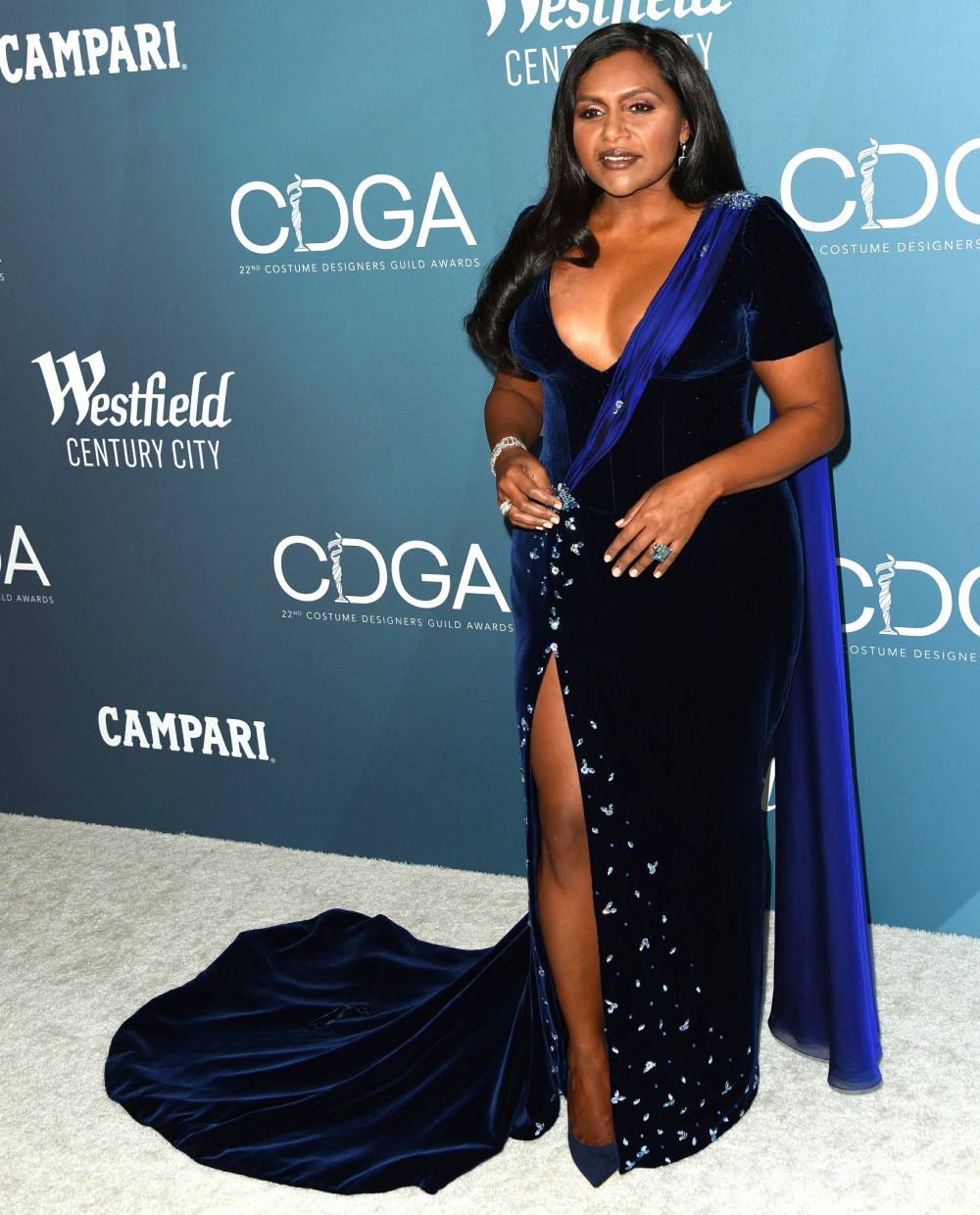 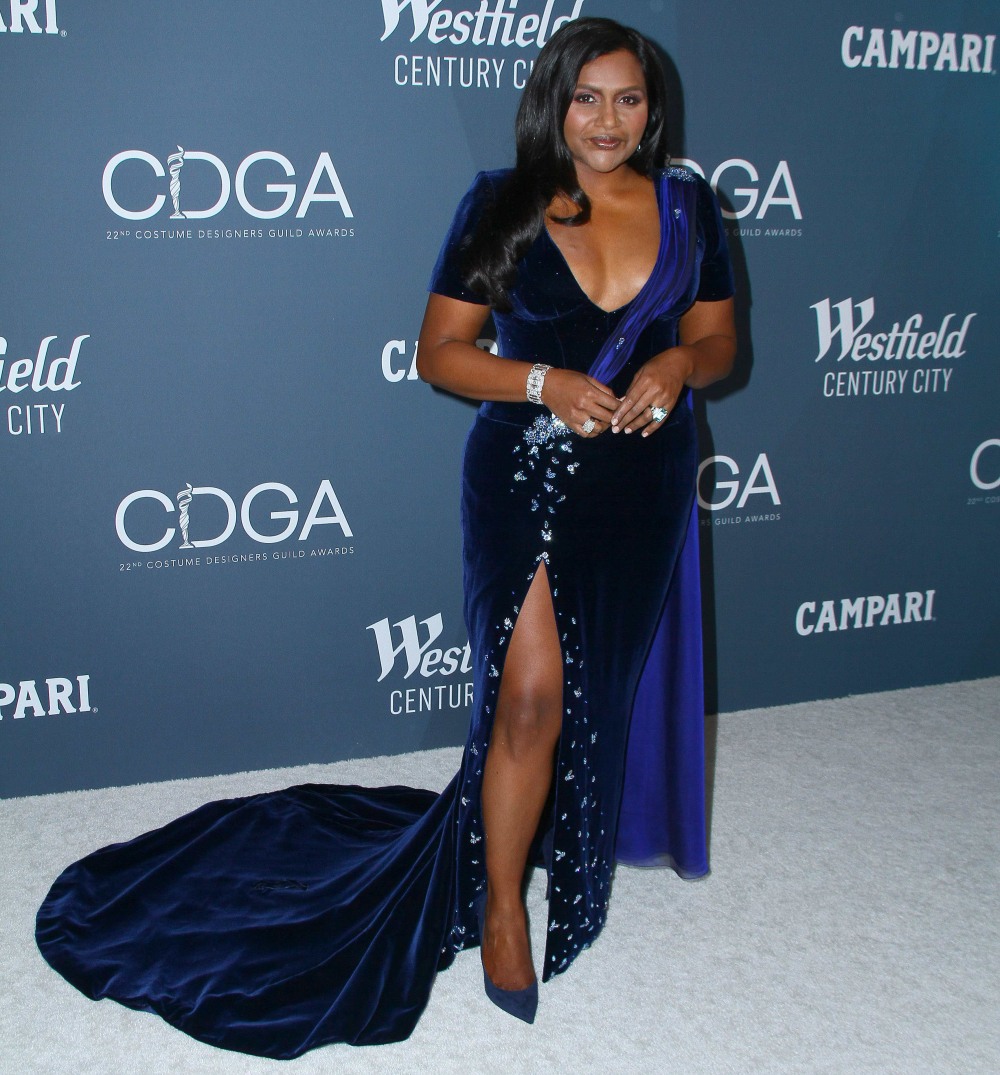 Weirdly, I friggin’ loved Nathalie Emmanuel in this David Koma Fall look – usually I don’t like sheer panels and I have a special dislike of embroidered sheer panels, but this completely works. Love the butterfly energy!! 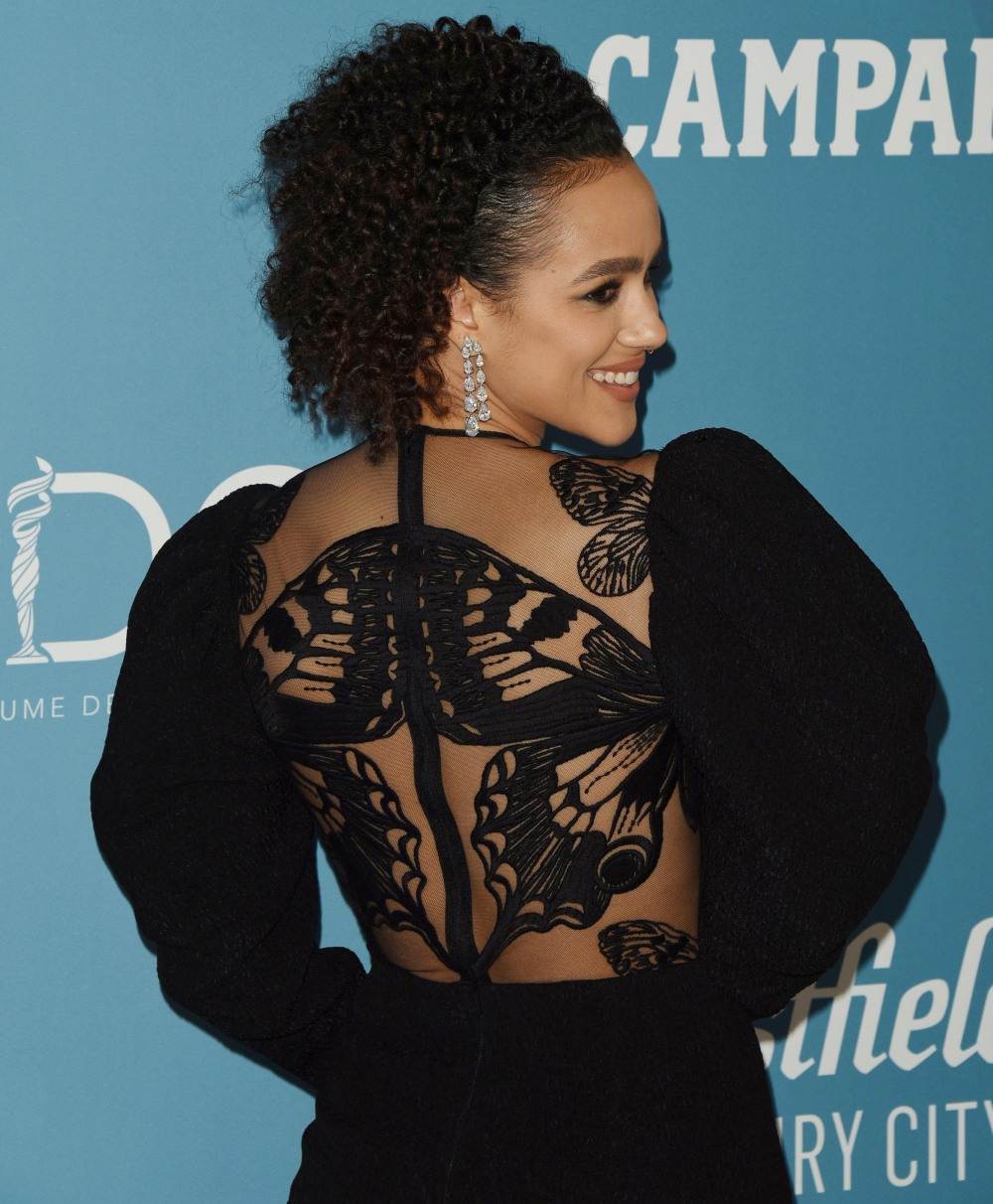 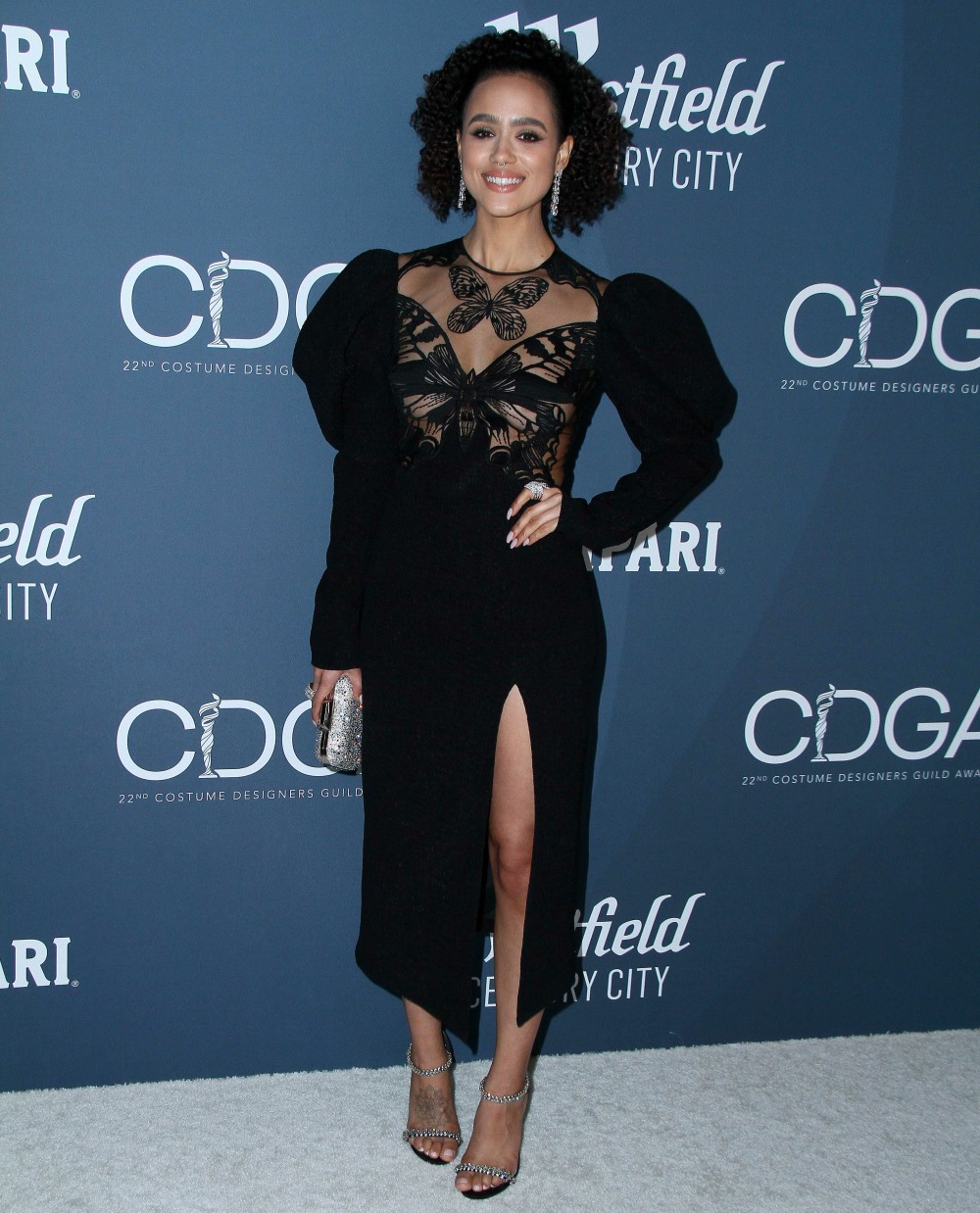 36 Responses to “Charlize Theron in Louis Vuitton at the CDGAs: best look of the awards season?”