I grew up in an era where there weren’t many twins around. Multiple births weren’t very common, and so twins were always so exotic to me whenever I did meet them (I’ve never even met a triplet!). But with all the advancements in fertility treatments, twins and multiples have become more commonplace and maybe that spooky, strange twin sh-t isn’t really a thing anymore? Or maybe it is. I bring this up because I’ve always been fascinated with twin sh-t, how twins do have that spooky sixth-sense about each other, even when they’re hundreds of miles apart. And so many twins end up doing major stuff at the same time. Well, guess what? Twins Nikki and Brie Bella are both pregnant and due within about a week of each other.

Surprise: Nikki and Brie Bella are (both!) pregnant! In this week’s issue of PEOPLE, the Total Bella stars, both 36, reveal they’re both expecting — and they’re due only a week and a half apart. “Wait, twins being pregnant at the same time?” Brie says. “People are going to think that’s a joke. We both are shocked. People are going to think we planned it, but you can’t really plan pregnancy!”

Brie, who shares 2-year-old daughter Birdie with husband and pro wrestler Daniel Bryan, was “shocked” to learn she’d conceived shortly after she decided she was “meant to have one child.”

“My husband and I were trying for seven or eight months, but then I felt in my heart it was a sign from God, like, ‘You guys are good with one,’ so we stopped trying,” says Brie. “When we were in France meeting Artem’s family, I felt a little off. I was irritated and uncomfortable in my body. When we got home, I took a test two days before Thanksgiving, and when I saw the positive sign, I was like, ‘Oh, s—!’ “

For Nikki, she says she and her new fiancé, Dancing with the Stars pro Artem Chigvintsev, weren’t trying, but she had a “feeling.”

“I was in yoga, and I kept getting this feeling that you need to take a pregnancy test, but I wasn’t even late yet,” says Nikki, who got engaged during a romantic trip to France in November. “And so I’m like, ‘Why do I keep having this feeling? Am I getting twin vibes from her? Because she just told me she’s pregnant?’ I didn’t tell Artem at this point. I just want to do this by myself. When I came back in, and it said pregnant, I had to sit down for a second.”

Because they share everything, from birthdays to WWE titles, the Bellas say they’re experiencing the same symptoms too.

“We have definitely felt better in our lives,” says Brie. “It’s actually crazy because we both have the same symptoms. So we’ve been super nauseous.”

“I feel like I literally have a hangover every day and it’s crazy because I’m not going out and partying,” adds Nikki. “I’m not hitting up my usual happy hours. There’s no wine in my life. It’s like having a hangover. I think what’s been the hardest part on me is feeling this hangover every day.” She continues “My eating habits have changed. I thought that, ‘Okay, I’m gonna stay healthy. I’m going to be good.’ But when it kicks in, this feeling, you only want french fries and ketchup. Vegetables sound disgusting. Anything healthy, honestly, sounds disgusting.”

It is legitimately weird, right? Less so for Brie, she and her husband were clearly trying for another kid and then – as so often happens – they got pregnant as soon as they stopped stressing about it. But it’s weird for Bella, who went from “runaway bride to John Cena” to “knocked up with her fiance’s baby” in record time. I kind of don’t believe Nikki wasn’t “trying” in some sense. Like, I doubt it was a complete surprise for her. Anyway, twin sh-t remaining spooky and weird and delightful in 2020. WHEN WILL THE OLSENS. 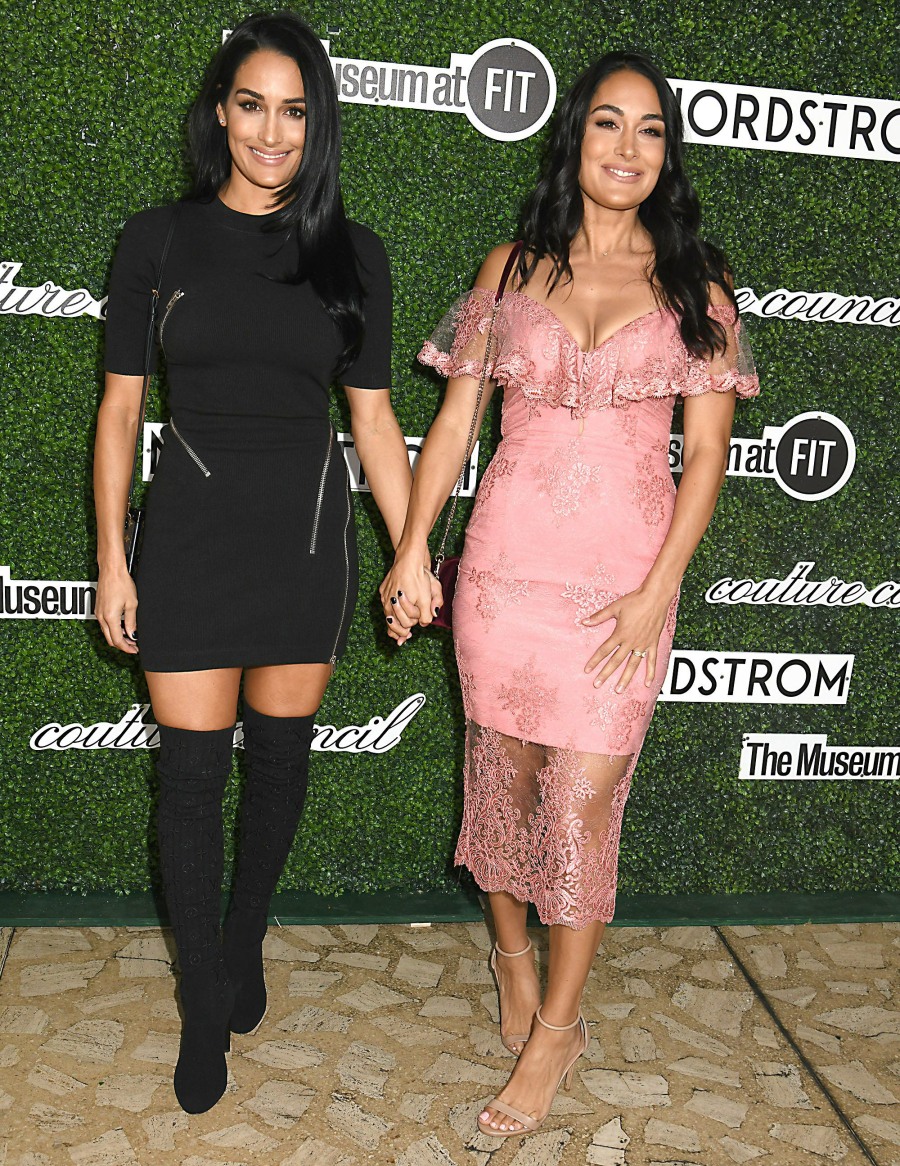 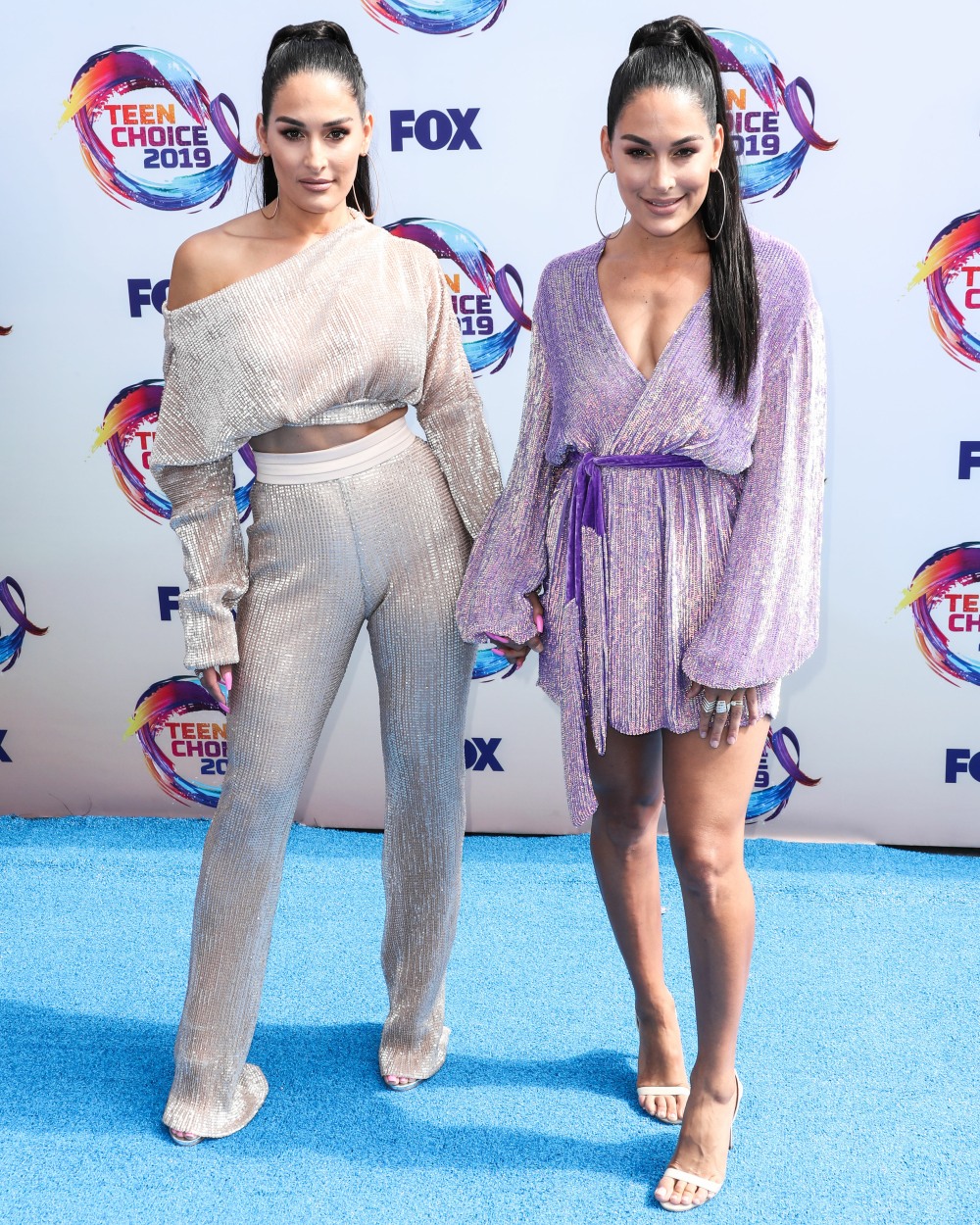