Hailey Baldwin: My two ‘crooked’ pinkies are from ectrodactyly, a genetic condition 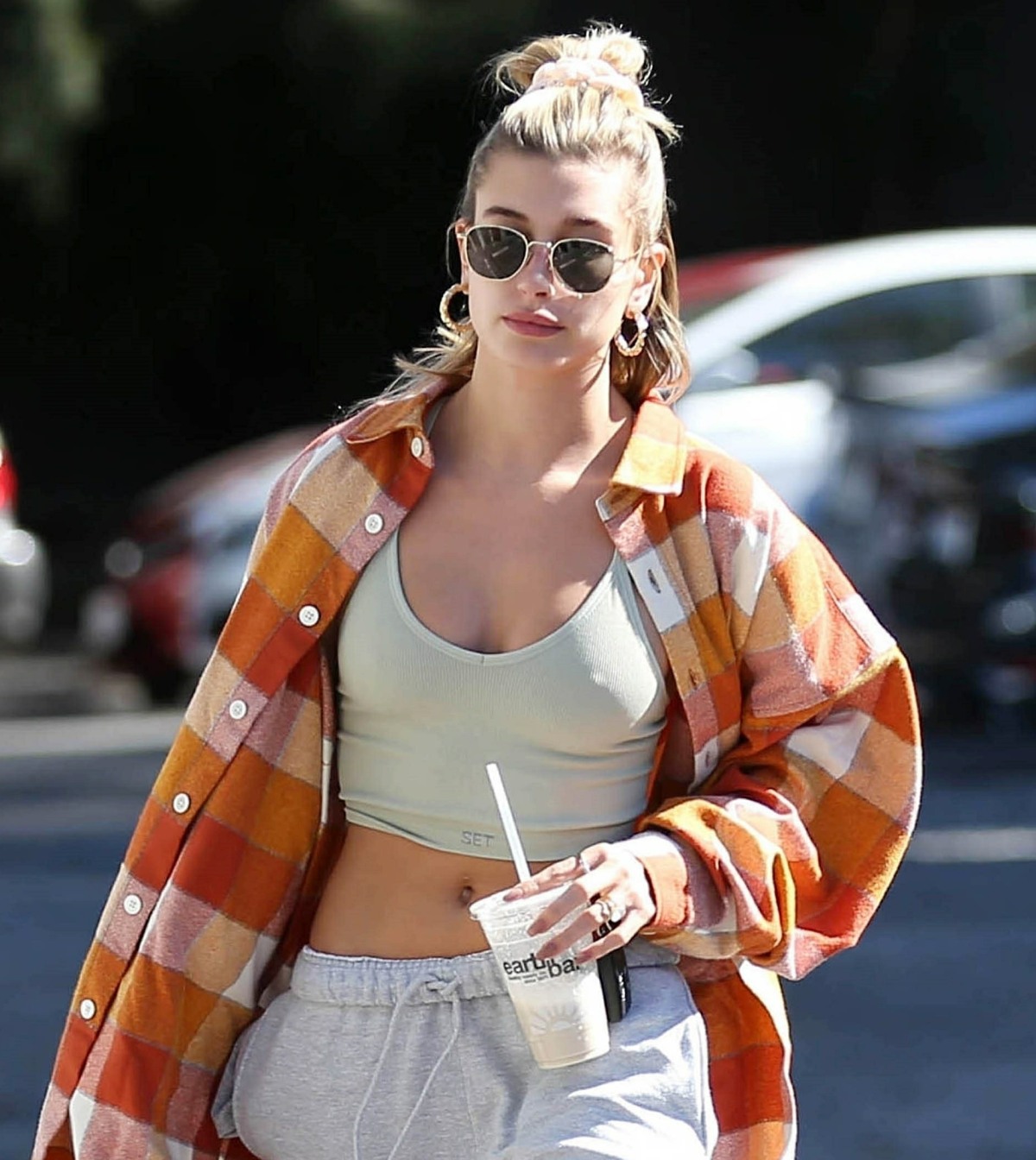 True story: after I read about Hailey Baldwin’s unusual finger condition, I spent the next fifteen minutes obsessively looking through recent paparazzi and red carpet photos of her, trying to find good angles on her hands. Why? Because… science and research! Apparently, Hailey lives on the internet and she’s seen people (who also live on the internet) comment about her hands. Specifically, her somewhat “off-kilter” pinky. It looks like her pinky is permanently crooked/bent. The rest of her fingers seem normal? She has notably long, elegant fingers, actually, so the crooked pinky does stick out:

In a message aimed at fans scrutinizing the appearance of her pinky fingers, Hailey Bieber revealed she has dealt with a genetic condition known as ectrodactyly her “whole life.” Taking to her Instagram story, the model explained of her “crooked and scary” fingers: “I have this thing called Ectrodactyly and it causes my pinky fingers to look the way they do,” according to the Daily Mail.

“It’s genetic, I’ve had it my whole life,” the 23-year-old continued. “So people can stop asking me ‘wtf is wrong with her pinky fingers’ here is what’s wrong! Lol.”

She posted her message alongside a screenshot from the ectrodactyly Wikipedia page. As the University of Missouri detailed, “Cleft hand is a rare, congenital (present at birth) hand anomaly. This condition has been known by several other names, such as ectrodactyly, split hand and lobster claw hand. Today, most prefer to use the term ‘cleft hand.’”

In a separate post, Baldwin also shared a close-up shot of her hand, zoning in on her pinky finger. She later offered a final plea to fans. “So in conclusion please stop roasting me about my pinky fingers,” she wrote.

This kind of weird – but non-life-threatening – medical stuff is fascinating to me. Just as long as it doesn’t involve eyes! I cannot stand talking about strange eye stuff. I’ve heard of hexadactyly, which is when someone has an extra finger on one hand. But I’ve never heard of cleft hand or ectrodactyly. So is it just about one crooked finger? The Wiki page is here – it looks like ectrodactyly is way more severe, and Hailey just has a mild case of two crooked pinkies. Hmm… 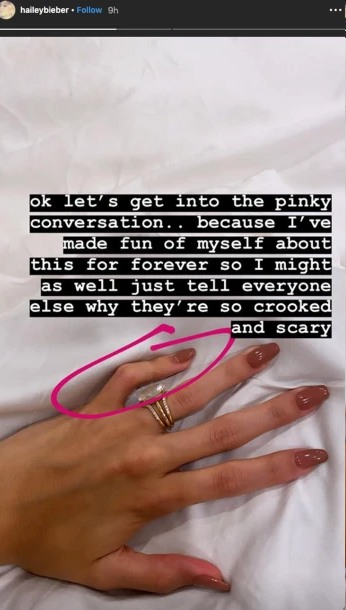 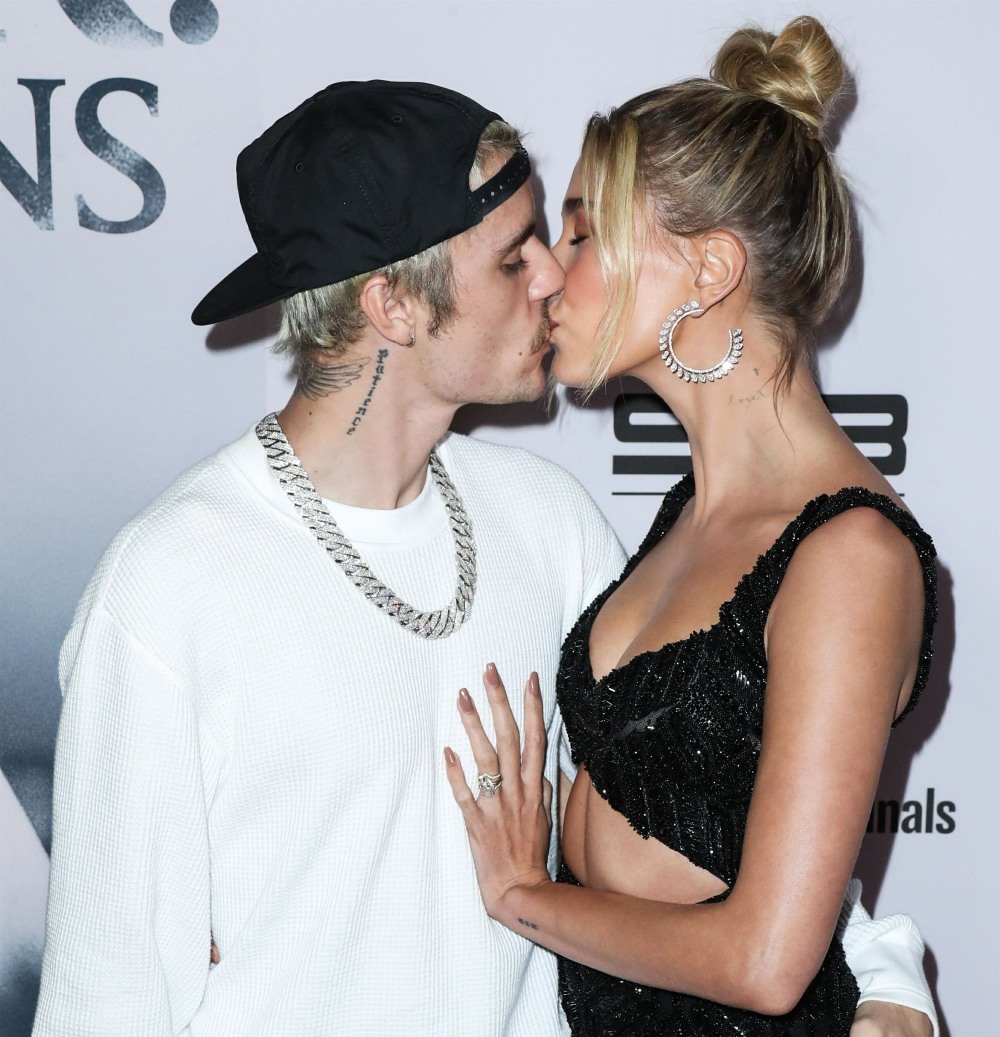 16 Responses to “Hailey Baldwin: My two ‘crooked’ pinkies are from ectrodactyly, a genetic condition”