Jude Law, 47, thinks it would be ‘wonderful’ to have his sixth child with his new wife 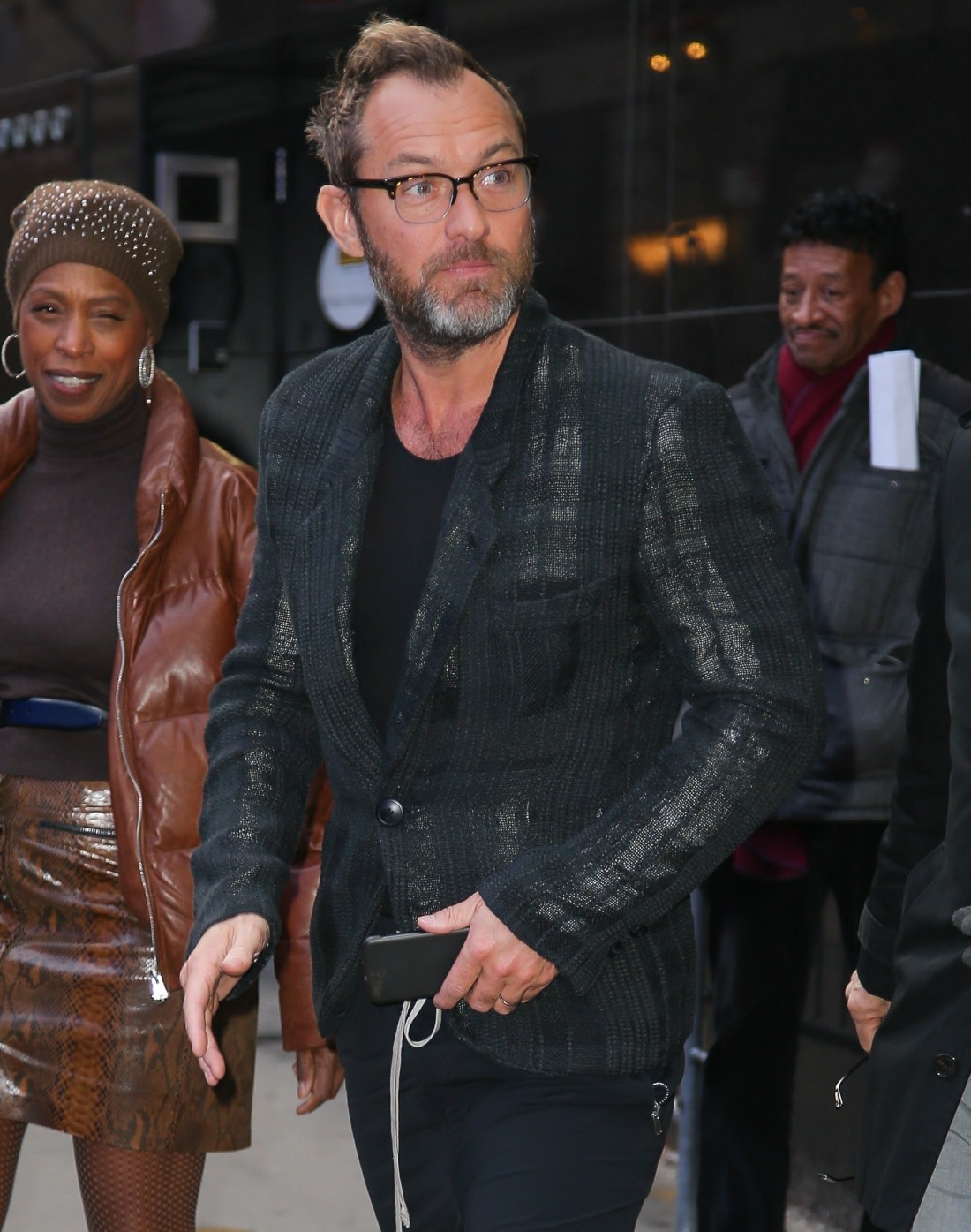 I was a little bit surprised when Jude Law got married again last year. Jude’s personal/romantic life had been a mess for years, and when he started up with Phillipa Coan, I didn’t think they would last – she’s 15 years younger than him and not in the Hollywood/London entertainment community. She’s a psychologist! Like, a real professional with a regular day job. I just didn’t think it would last, but it did and they did a lowkey half-elopement at a town hall in England last May. Coan seems to have been a big stabilizing force on Jude, and he seems happier in general. Of course, the man has also fathered five children that we know of. So would he have one more with Phillipa? He says he would:

Jude Law said it would be ‘wonderful’ to have another child with wife Phillipa Coan. The actor, 47, admitted to the Daily Telegraph that he would ‘absolutely’ love to have a sixth child with the psychologist, 32. Gushing about the possibility, he said: ‘Of course! Absolutely. I’m fortunate to be with someone where I’m having more fun than I’ve ever had in my life.’

Of their relationship, and how they have a ‘stable and healthy, wonderful family existence’, he continued: ‘And that involves my kids who are young adults… and then the younger ones are just so much joy and so much fun. I love it, so absolutely, why not [have another]? I’m very lucky to be involved with someone I’m madly in love with. So the idea of having more children would be just wonderful.’

He told the publication that he is now a ‘more stable and boring and level-headed’ person than he has been in the past, so he doesn’t feel the need to keep his personal life in the public eye.

Jude is 47 years old now – maybe the post-Sadie years were his “lost years” or some kind of almost-midlife crisis. I certainly thought (at the time) that his thing with Sienna Miller was very midlife-crisis-y, and then he cheated on her with the nanny, and then he kept getting women pregnant, and on and on. That was basically a 12-year stretch. Did his work suffer during that time? It didn’t really – he’s always worked a lot (gotta support all those kids) and he’s always had a lot of variety in the projects he’s chosen. It’s kind of cool that the beautiful young man turned into an attractive character actor, right? Anyway, he probably will have another kid with his wife. And maybe he’s just that kind of guy – he wanted to have a lot of kids. Sigh…

I love his coat. 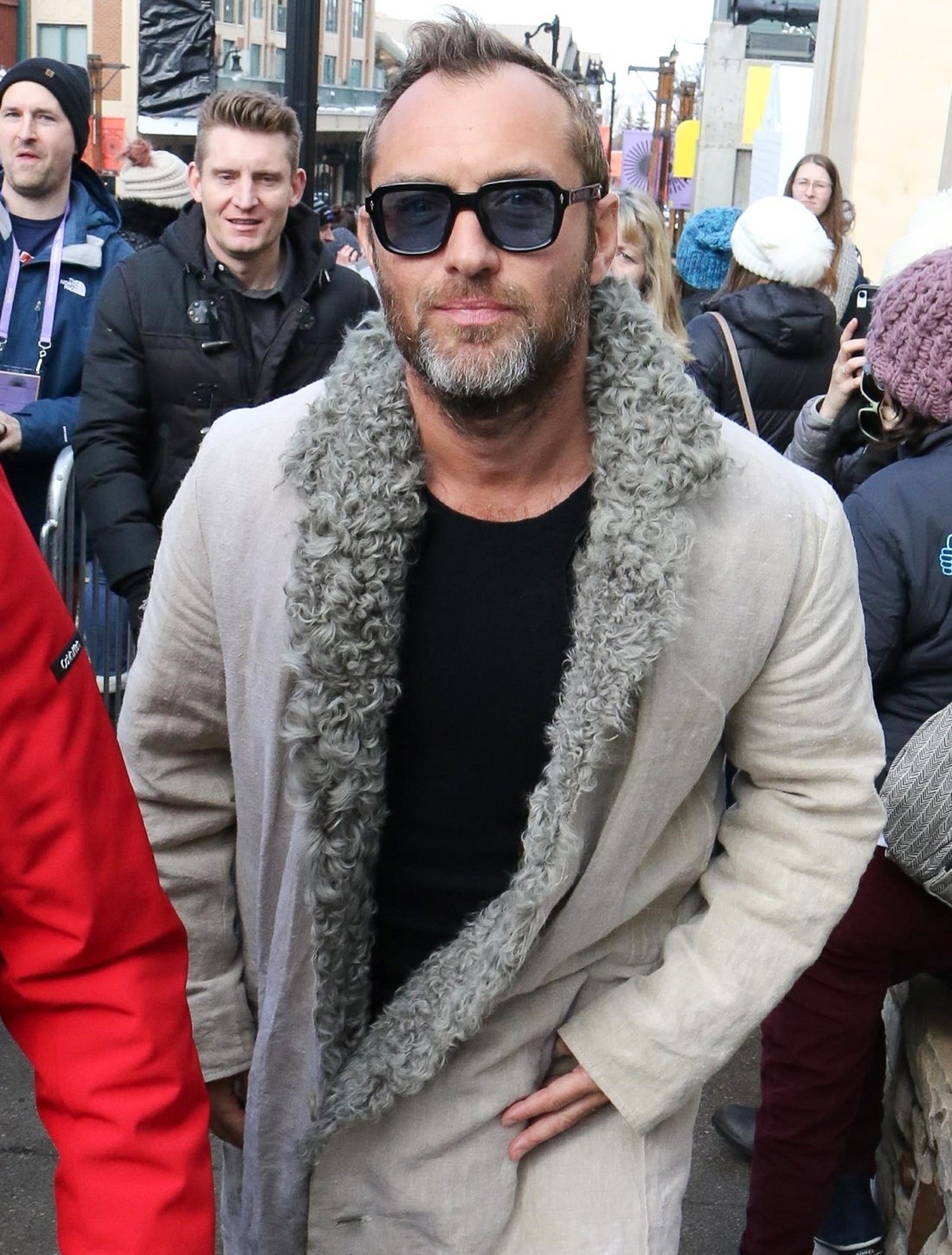 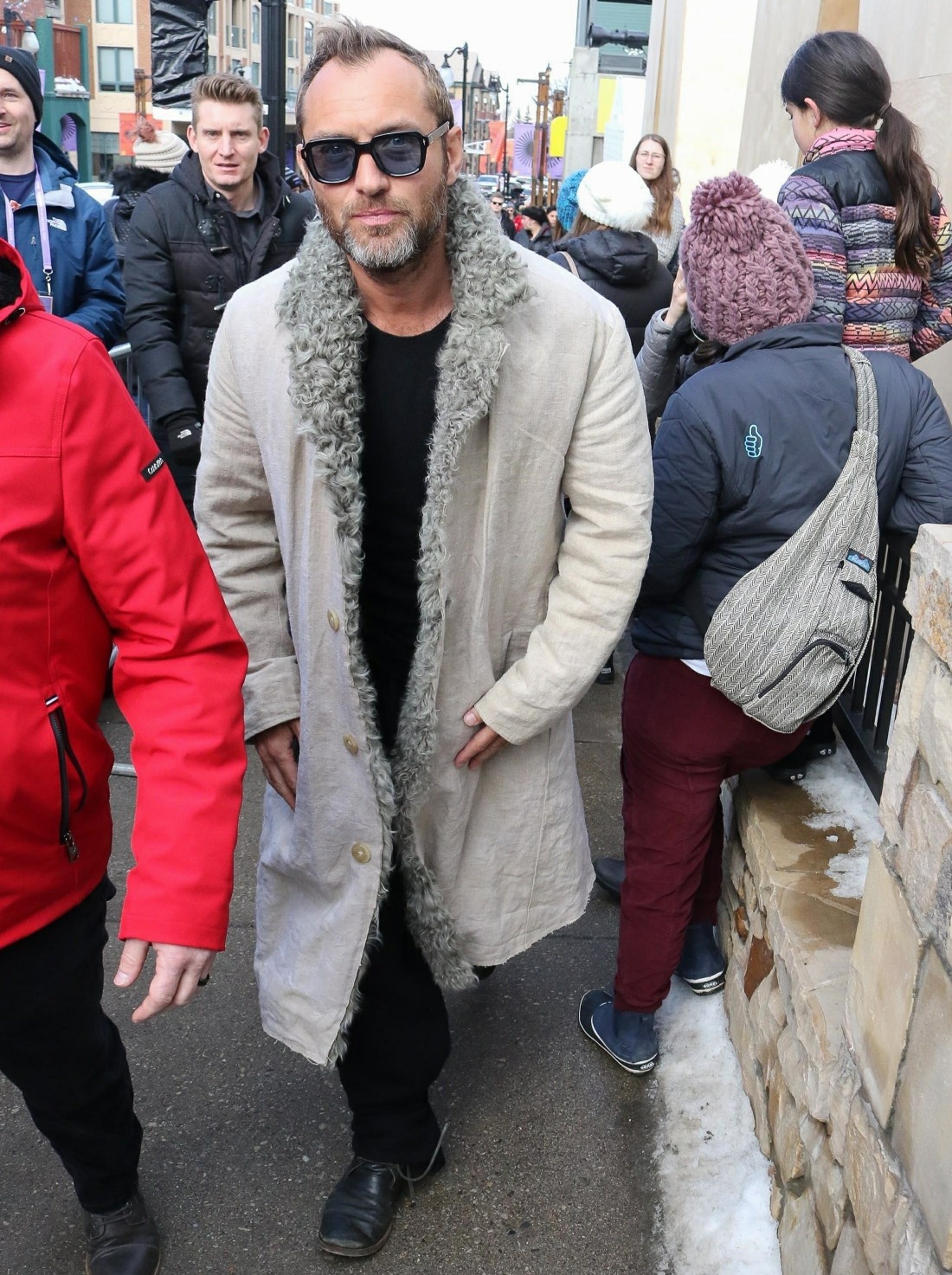 28 Responses to “Jude Law, 47, thinks it would be ‘wonderful’ to have his sixth child with his new wife”