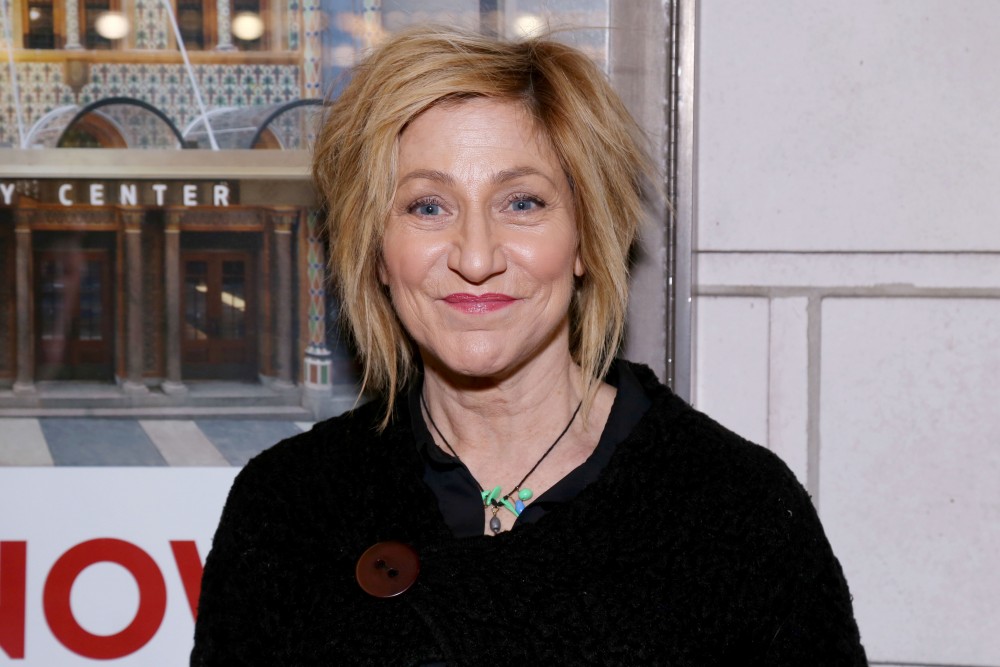 Edie Falco stopped by The Late Show with Stephen Colbert to talk about her new CBS show, Tommy. Edie plays Abigail “Tommy” Thomas, who is the first female police chief of Los Angeles. She hadn’t been to The Late Show for about six years, so she and Stephen talked about how she’s been spending her downtime. Edie said that she likes to sew while watching the news (and Stephen’s show). He tried to get her to agree to sew something for him, but she declined, which was funny. Edie also talked about other jobs she’s had, including waitress and assistant at a costume shop, where she answered the phone all day long. Since she’s playing a police chief, Stephen asked Edie whether she’d had any run-ins with the police, and she mentioned that since she’s gotten a Vespa, the cops in her neighborhood have been nice to her, but that she’s going to eventually end up getting a ticket. The interview was a fun watch. Here’s more of what she told Stephen:

On what she’s been doing
I spend too much time watching CNN. I’m a little obsessed. That and MSNBC. If they go to a dog commercial I have to change to MSNBC. I’m terrified of missing whatever the latest little piece of news is.

How do you calm down?
I sew. My grandmother was a seamstress [but] I discovered sewing on my own. It’s a little psychotic but I enjoy it and it really does calm me down. I make little useless things that nobody needs or wants, but it does not take away from the joy I get by putting them together…

You make me calmer. I watch your show and I calm down.

What’s the biggest project you’ve taken on?
I’ve upholstered a number of couches. Not well. I sewed a couch I did it totally wrong. There was a lot of rubber cement involved.

On waitressing and her early jobs
I waitressed [almost] 20 years. I could handle a lot of stuff,but just don’t look at me, don’t talk to me. It was the people I hated. Food I could handle. You put people in I’m screwed. I’ve had coins thrown at me. This was in the early days when people used to be able to live in New York for not as much money.

The Liza Minnelli story was both hilarious and horrifying. I would have probably dropped dead from embarrassment right then, though I hopefully would have tried a few more times to get Liza’s attention before resorting to opening the door of the fitting room. I’m not surprised that Edie can’t remember what happened, and that she didn’t tell Liza when they met, but I have a feeling that Liza is going to find out soon.

I am a constant nervous wreck right now, both because of the news and life generally. I don’t have cable, but having a Facebook account means that I don’t miss much. I have tried knitting, but couldn’t get the hang of it, and I have so many friends who knit, sew, or crochet and find it relaxing. I tried painting for a bit while I was writing my dissertation (abstract images, nothing interesting or fancy), but was reminded last week that maybe I should take it up again to see whether it helps my anxiety. Edie’s comments about sewing makes it seem like a good idea.