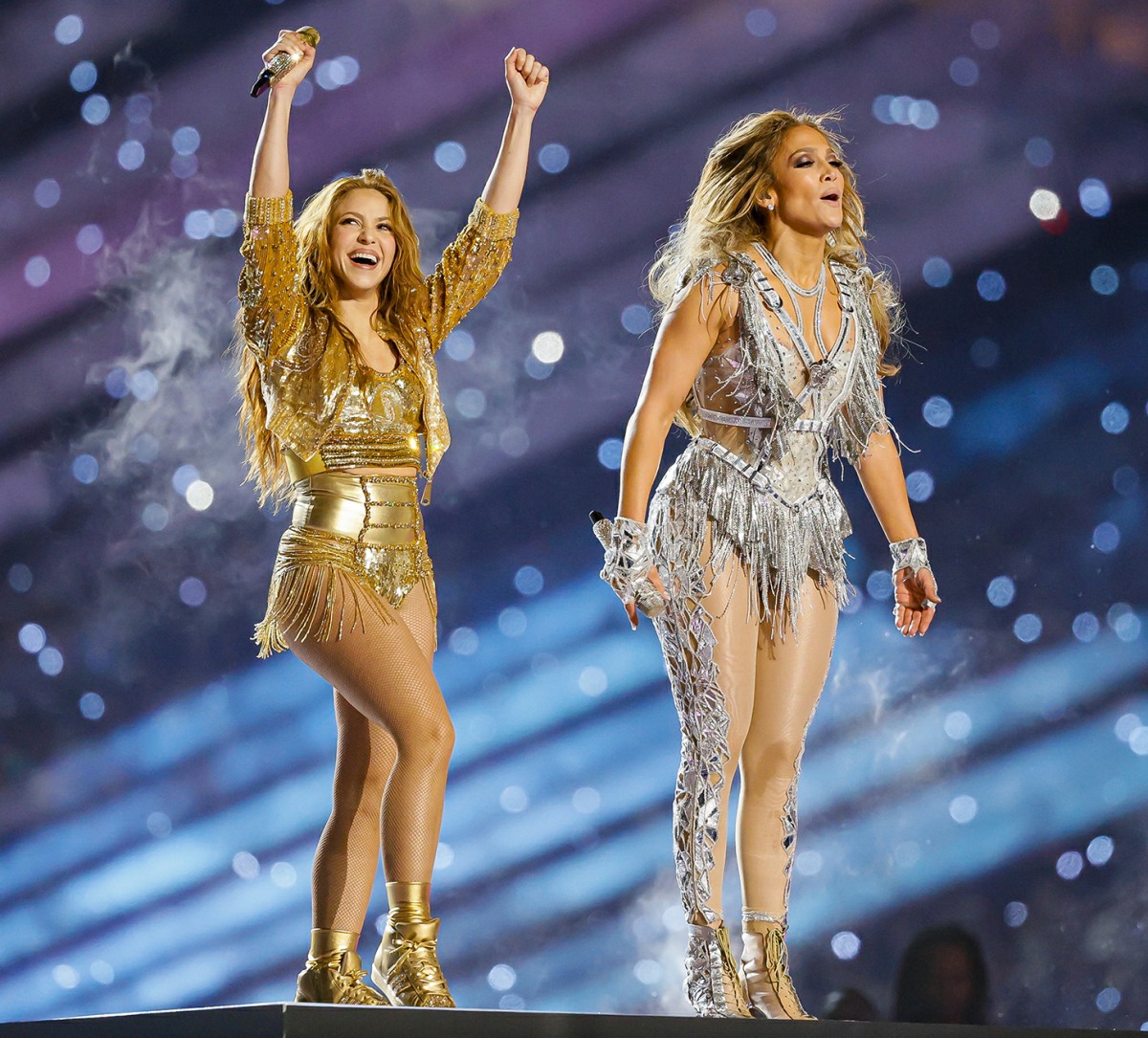 Sometimes, even when the Super Bowl Half-time show has good performers, it can still be a disaster. Sometimes, there will be bad performers doing a bad performance. The trickiest is when there’s a mediocre performer and they kill it. I’m thinking of Katy Perry, who managed to put together a surprisingly good/bizarre/interesting Half-time show several years back. Now, I like Shakira and Jennifer Lopez a lot for different reasons – they’re both good dancers, Shakira is amazingly talented musically and Jennifer is a great celebrity (meaning, she’s gossip-worthy as hell).

So, I thought it was cool that they were doing it together in MIAMI. But I was not prepared for the show to feel so fun!! They set it up so Shakira got the first half and Jennifer the second half, then they came together at the end, with J Balvin and Bad Bunny coming in for drop-bys with “Mi Gente,” “Que Calor,” “I Like It” and “Mia.” And yes, both Shakira and J.Lo performed their classics! WAITING FOR TONIGHT! Empire! Wherever, Whenever. Love Don’t Cost A Thing! Jenny From the Block! AND Shakira opened with “She Wolf,” one of my favorites.

Shakira’s half absolutely killed it, honestly. Jennifer… um, her strength isn’t her voice. But she was dancing and she was joyful and the Puerto Rico flag!! All in all, this was one of the best Half-time shows of the last… what? Five or six years? I’m struggling to remember when Maroon 5 turned up. Sh-t, that was last year!! YIKES. Justin Timberlake was 2018. Lady Gaga the year before (I remember liking her performance, even though it felt off-brand for the Super Bowl). And then in 2016, that was when Beyonce stormed in with her Formation during Coldplay’s Halftime show. So, yeah. This was the best one since 2016, and even then… Shakira and J.Lo put on a much more cohesive show than that Coldplay/Beyonce/Bruno Mars mess.