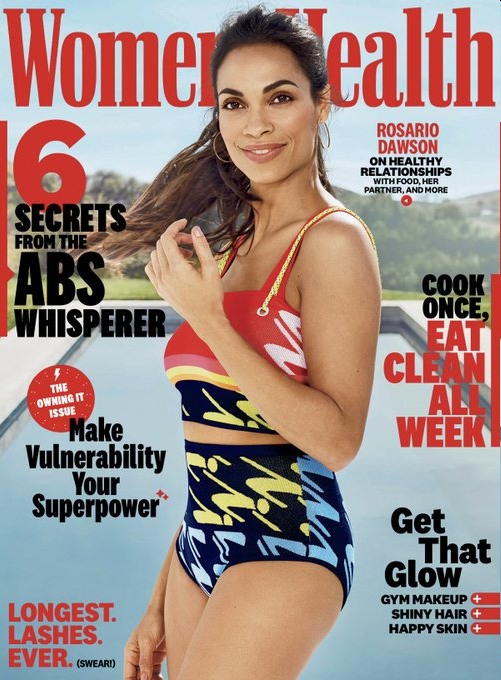 I’ve always been a lowkey Rosario Dawson stan. I find her so beautiful and a very underrated actress. I wish she would work more, and in bigger projects. I don’t know if it’s her choice to NOT do those bigger movies or if she’s just not getting hired for that stuff. Anyway, Rosario lives a pretty lowkey life – she’s dating Cory Booker, and several years ago, she adopted a then-11-year-old girl (she adopted as a single mother). Rosario covers the March issue of Women’s Health, and you can see the full cover story here. Some highlights:

On learning to appreciate where she is in life: “I have that East Coast energy of just go, go, go. But it really is beautiful when you take your time.”

On how “being in her gratitude” has helped her become a better mom: “Kids don’t listen to you; they emulate you. I was always looking around the corner, wondering when my life was going to properly start. I’m in a different space to enjoy it now. I need to model that.”

On forging a relationship with 17-year-old adopted daughter Isabella, who came home with Rosario when she was 11 in 2014: “She was a very whole person. We’re building up trust even still.”

On waiting to get Isabella a cell phone and keeping her off social media: “I think it would have been difficult to bond so late in her life, and in our lives together, if we’d had technology between us. My daughter looks me in the eye, and we talk to each other. I think that’s important.”

On how joint therapy sessions with her daughter have helped her address her past – including her being molested and raped as a child: “I’ve learned so much about trauma, and I’ve started looking at my own. My go-to place was being angry. I want to stop that.”

On taking a closer look at selfcare: “I will take a bath or do a face mask or read something poetic that’s just for me. It’s only been in recent years where I’m like, ‘Let me get a massage.’ It’s actually necessary. If I don’t prioritize mindfulness, I am not going to be there for everybody in the way I need to be.”

On moving her body and how a regular gym routine isn’t really for her: “I’ll dance in my house for hours to Afrobeat, ‘80s music, or house music and break a sweat. Going for a long hike and talking with someone – I can do that any day of the week.”

On the simple pleasures she fits into her health-conscious, meat-free, and dairy-free diet: “The joys of a peanut butter and jelly sandwich.”

On cutting alcohol and marijuana out of her life: “I feel so contaminated by the planet, and seeing my dad going through this journey, I want to cleanse my body. I want to have as much clarity as possible and be very intentional about every day.”

On dating politician and former presidential candidate Cory Booker: “I could be asked to serve my country, and that’s scary to me because I’m a wild person.”

On her future with Booker: “We are excited about what we can create together…I feel a lot of life ahead of us. It’s been beautiful feeling nurtured and taken care of. I’ve never been this close to someone. We make sure we connect. That’s something I’ve taken for granted in the past. Every morning that we don’t wake up together, he sends me a song, which means every morning he holds our relationship in his mind and heart for a few minutes before he goes off into his big day.”

I side-eye all of the Booker stuff, honestly. I don’t think he’s sending her a song every damn morning. And… serving her country? Like, as First Lady? I mean… she would have to marry him first! This isn’t France, people would take issue with the idea of a president or vice president having a live-in girlfriend. I find all of the stuff about raising her daughter very interesting too – I love that she’s an example of a person who was open to adopting an older child (most people only want to adopt babies or toddlers). But she also makes it sound like a sh-t ton of work. 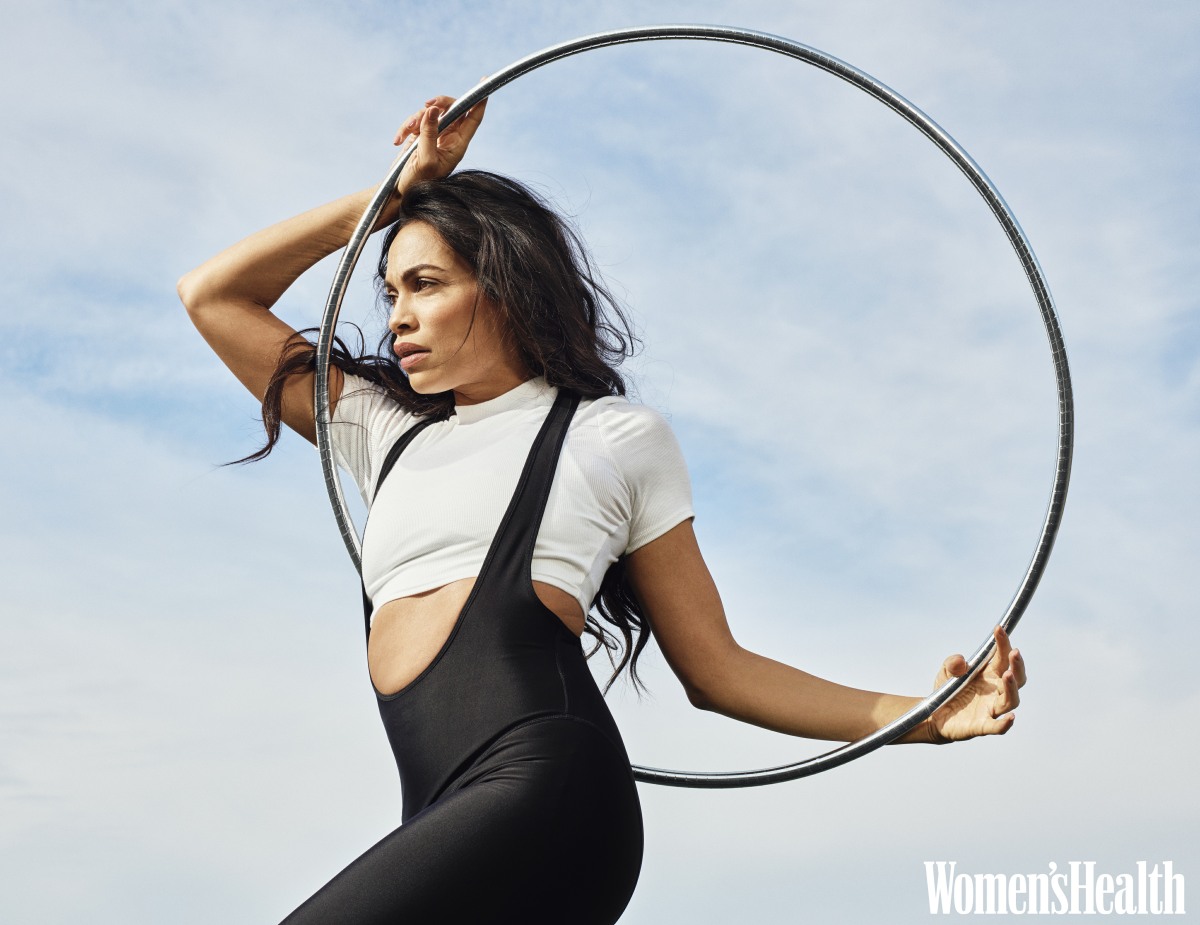