Emily Blunt: It’s hard thing for ‘a British person to start discovering their own worth’ 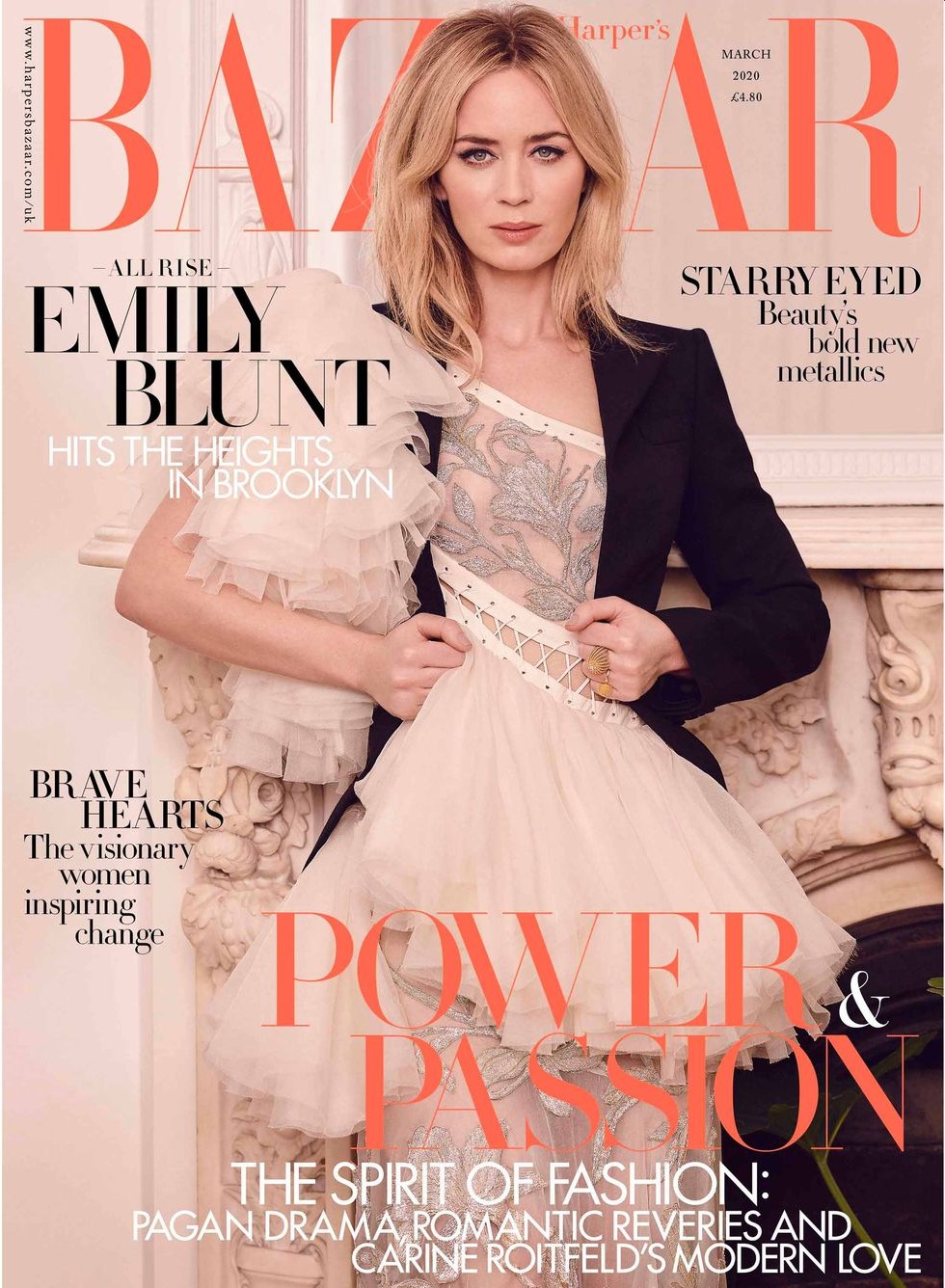 Emily Blunt covers the latest issue of Harper’s Bazaar UK to promote A Quiet Place: Part II. It’s a good piece, but unlike most of the British fashion magazines, the interview was not conducted in England. It was conducted in Brooklyn, where Emily lives with her husband John Krasinski and their two daughters, Hazel and Violet. Incidentally, I keep forgetting that they have two girls! And two little New Yorkers now, I’m sure Emily finds it a bit depressing that her girls are growing up with American accents. Still, she spends a chunk of the interview talking about how much she loves Brooklyn. You can read the full piece here. Some highlights:

Living in Brooklyn: “I walk around Brooklyn in a baseball cap and tracksuit bottoms most of the time. So there’s an embarrassing moment when parents will say to their kid, ‘This is Mary Poppins,’ and the kid will look at me, like: ‘No, it f–king is not.'”

She loves her Brooklyn Heights neighborhood: “Isn’t it the best area? It’s idyllic, with all the history, and the great figures of literature who lived here. People there couldn’t care less about celebrities. No one has the time or inclination to stop and stare. You can walk everywhere too, which I love – to a supermarket, to a dry cleaner, with the kids to school – you don’t need a car. It’s leafy and villagey, and you can see the sky. I would love to live in London, but this is the next best thing. And I adore Brits, so I gravitate towards them over here, because I miss the irreverence and the silliness and the cavalier attitude.”

On A Quiet Place: Part II: “If the original film was a metaphor for parenthood, and how far you’d go to protect your children, in an exaggerated version of a world where you feel you can’t (which I feel, every second of everyday in this one), the metaphor is that fractured sense of community that I think we all feel too. The idea of not extending your hand to your neighbour, the question of who is “worth” saving; those are big ideas that I think we’re experiencing, globally, and John saw A Quiet Place as a magnified version of that – that loss of hope, that sense of desperation and isolation, loneliness and despair.”

She never really wanted to be a big movie star after being raised by high-achieving parents, an actress mother and a lawyer (Queen’s Counsel): “I didn’t have any burning ambition for this. I do find the whole thing quite serendipitous…. I think [my parents are] part of the reason I wasn’t terribly ambitious, because my mother was brilliant, and had too many children, a really busy husband, and didn’t know how to juggle it all…I’d seen within my own family that the business can be really cruel, so why would I want to do that?”

Her stutter as a child: “It’s such a misunderstood disability. It is neurological, it’s biological, it’s very often hereditary.” She now works on behalf of young stutterers, and sits on the board of directors of the American Institute for Stuttering. “Their therapy is more emotional these days, about how you can connect with your stutter and make sure that it doesn’t define who you are.”

Meeting John Krasinski in a restaurant in LA in 2008. “I’d just bought a place in London and was going to live there with my sister. I didn’t ever see it as a move to the US, but gradually more and more of my stuff just accumulated at his house, and then suddenly I was living in LA. I think it’s the best way to do it – just to sneak-attack them, rather than turn up with trunks.” They stayed in the city for seven years, “but I never really felt at home until we moved to the East Coast. We’ve found our place in the world.”

Moving into producing. “You get to the point where you’ve been doing something long enough and you do have an opinion,. It’s a very hard thing for a British person to start discovering their own worth, but at some point you’ve got to…. Ambition in men is seen as something quite heroic and cool, and in women it is seen as cold and self-serving and unlikeable. So everything that has happened in the last few years has been really vital. Because I want nothing more than for my daughters to be really ambitious about something that they love and want to do.”

“It’s a very hard thing for a British person to start discovering their own worth…” I think that’s part of it, but it also seems like “the British way” is to not appreciate or value ambition, right? Ambition is seen as suspect, as trying too hard, as trying to step above one’s station. Emily might not want to admit it, but living in America has changed her. I know she talks about missing England and all of that, but maybe she doesn’t want to admit that she actually enjoys the American way sometimes.

19 Responses to “Emily Blunt: It’s hard thing for ‘a British person to start discovering their own worth’”