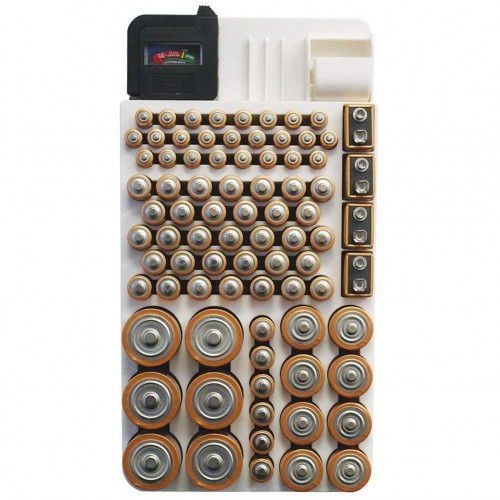 A battery organizer to keep fresh batteries at hand
From CB: I just organized my junk drawer and I feel super accomplished about that. With this battery organizer it could be so much nicer though. This is just $14 and comes with spots for AAA, AA, C, D & 9V batteries along with those little watch batteries. It also has a tester with it. It has 4,086 ratings, 4.5 stars and a B from Fakespot. People call it “fabulous,” say it makes a “huge difference” in their battery organization and that it’s a “major step in reorganizing my junk drawer.” Some people say the battery tester isn’t good, but I already have two battery testers at home. 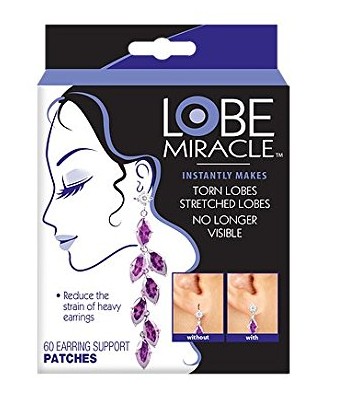 From CB: I saw this on Buzzfeed, where I found some of the products today. Lobe miracle is one of those products I didn’t know existed but have a need for. It goes on the back of your earring before the little closure to take the weight off your ear. You get 60 clear patches for under $9. They help to both support your ear and remove visible sagging on pierced ears. This has 289 ratings, 4.4 stars and an A on Fakespot. Women call them “amazing,” say they’re great for heavy statement earrings, and that they “work perfectly” to keep earrings upright and hide earlobe tears.

LED strip lights to light up your car interior under $17 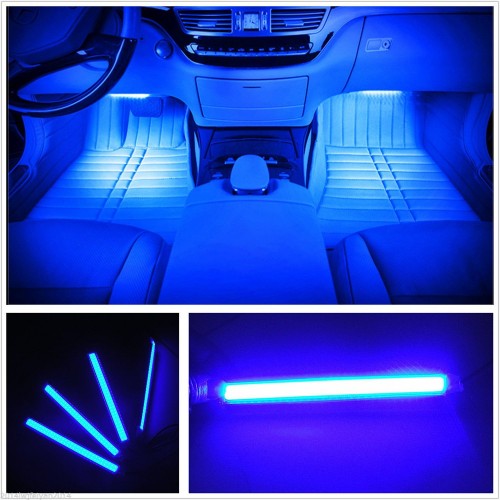 From CB: Did you know you could get strip lights that respond to music for the interior of your car? These would annoy my teenager so much and I want them. These are stick-on LED lights that are easy to install and are powered by your car lighter. They come with a dimming remote and in multiple colors and options. They’re cool to the touch and safe around children. The ones that respond to music are the highest priced at $16.59. They have 3.9 stars, 2,000 ratings and a B on Fakespot. Drivers call these “awesome,” “dope,” say they’re “easy to install” and that “the colors are bright and well mixed with plenty of options.”

A double duty lip and eye primer base for under $6 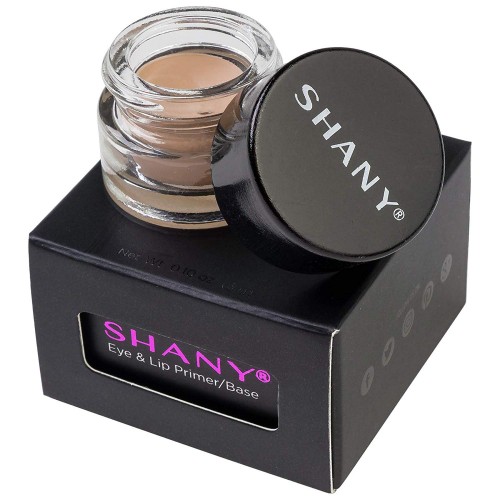 From CB: I’ve tried so many different eye primers and some irritate my eyes. I’ve never heard of one that you can use on your lips too, or maybe you can use them all on your lips. This dual primer by Shany is paraben free and is $5.09 for .1 ounces of product. Reviewers say a little goes a long way and not to be deterred by the small package. It has 838 ratings, 3.8 stars and an A from Fakespot. Women write that it “works wonderfully,” is “the first primer I have used that actually does what it is supposed to,” that it has “amazing staying power” and that it “lays such a smooth, silky base that my eyeshadow had never looked so good.”

A door jam alarm with loud siren for peace of mind 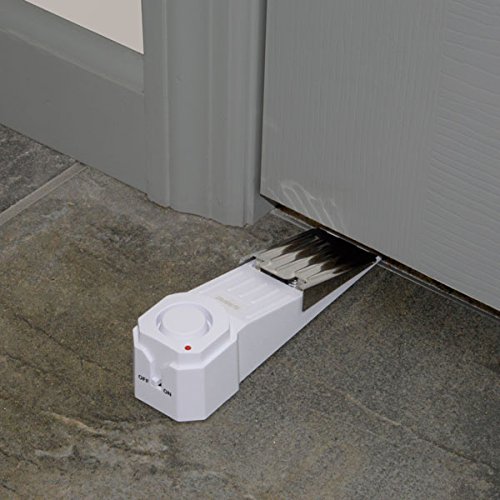 From Hecate: This door jam will let you rest easy no matter where you are. When the sensor foot is depressed, it emits a shrill alarm that will both startle the intruder and alert you to a door opening. It’s good for homes, apartments and dorm rooms. Plus, it’s portable so you can take it with you traveling. You hear so many horror stories that will convince you to take one of these with you wherever you go. For under $10, this is great for personal security. It has 804 ratings, 4.3 stars and an A from Fakespot. 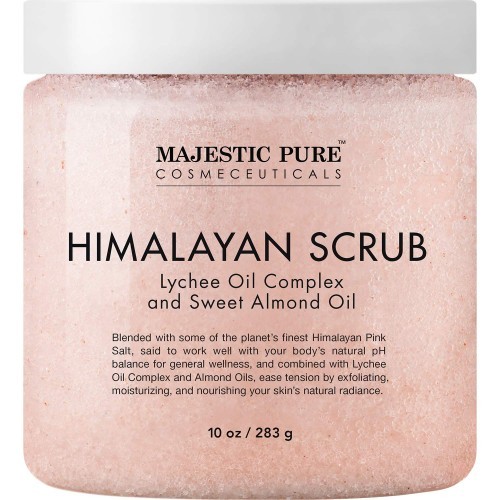 From Hecate: To be honest, I got a little obsessed with Himalayan salt in cooking so when I saw it in a body scrub, I was naturally drawn to it. And this one has “Majestic” in its name so it seemed like the perfect Galentine’s gift for my gal-pals. This salt scrub has 4.5 stars, 1369 reviews and a B from Fakespot. Many of the reviewers said it smells really nice and that it feels great too. One woman mentioned it was great for her sensitive skin and felt gentle.

Cashmere throw pillow covers in so many pretty colors 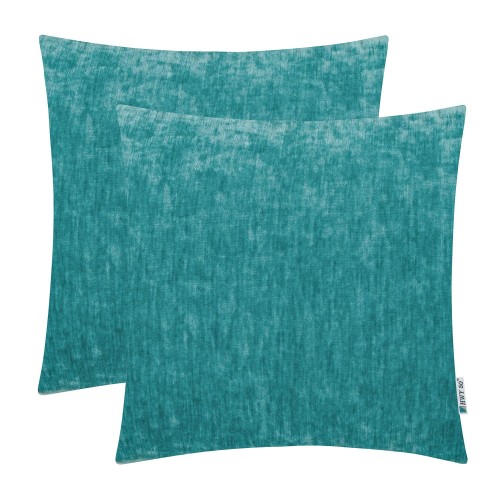 From Hecate: You’ve probably caught on to my cashmere addiction by now, so I’m pretty enthusiastic about these throw pillow covers. They come in three sizes – 12×20, 18×18 and 20×20 and 14 colors, so they can match a wide variety of decor. You get two for $16, which is such a bargain. They’ve earned 4.5 stars out of 288 reviews and a B Fakespot. If that’s not enough, one reviewers said they, “look like store bought pillows” and one confirmed, “they are very soft and good quality.” 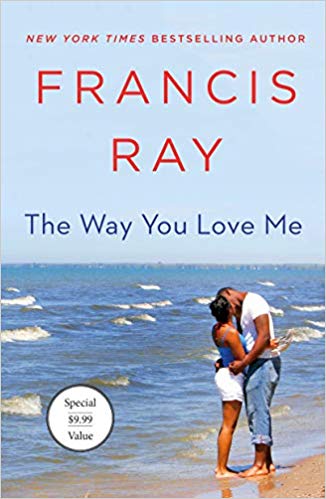 From Hecate: It’s Book of the Month time! February has a lot going on so I’m doing two recs – the second will be next week. A couple of you asked for some Romance/Erotica recommendations a few months ago and Valentines Day seemed like the perfect time to finally get them out to you. My book of the month is: The Way You Love Me by Francis Ray. Francis Ray is a best selling author many times over and a good storyteller. This book is the first in her series Grayson Friends, which is a spinoff of her Graysons of New Mexico series. TWYLM revolves around Shane Elliott and Paige Albright. I could take or leave Paige but she did bring out the hottest in Shane. The story is charged straight from the beginning and keeps a good tension throughout.

Runner Ups. I’ll admit, I read a lot of duds but here are a couple which rose to the top 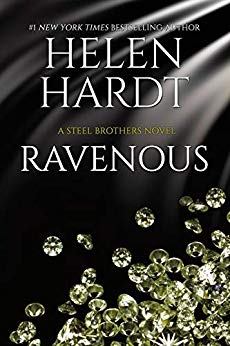 Quick and Dirty: Ravenous by Helen Hard. This is book 11 in the Steel Brothers series and one of the highest rated in the group. However, I didn’t read the actual reviews until I finished it and they all said to read the other books first to follow the story. It was a little confusing as a standalone, but if your just reading for sex, it still kind of works. I imagine it would be even hotter if I knew the background, though.

Lesbian: The Club by A. L. Brooks. The main story revolves around a sex club. However, the various stories of the club members range from anonymous on-offs to slightly more involved. It’s a good mix of smut and an actual story. The sex starts on the first page and never lets you down.

Gay: I tried to hit a variety of areas but I’ll be honest, I ran out of time and didn’t get to reading this one. However, the Temptation series by Ella Frank was recommended to me and the write ups sound really hot. The first in the series is Try. All the books in this series have high ratings on both Amazon and Good Reads.

Thank you for reading and commenting on our affiliate post. If you make any purchases through these links we get a small percentage. 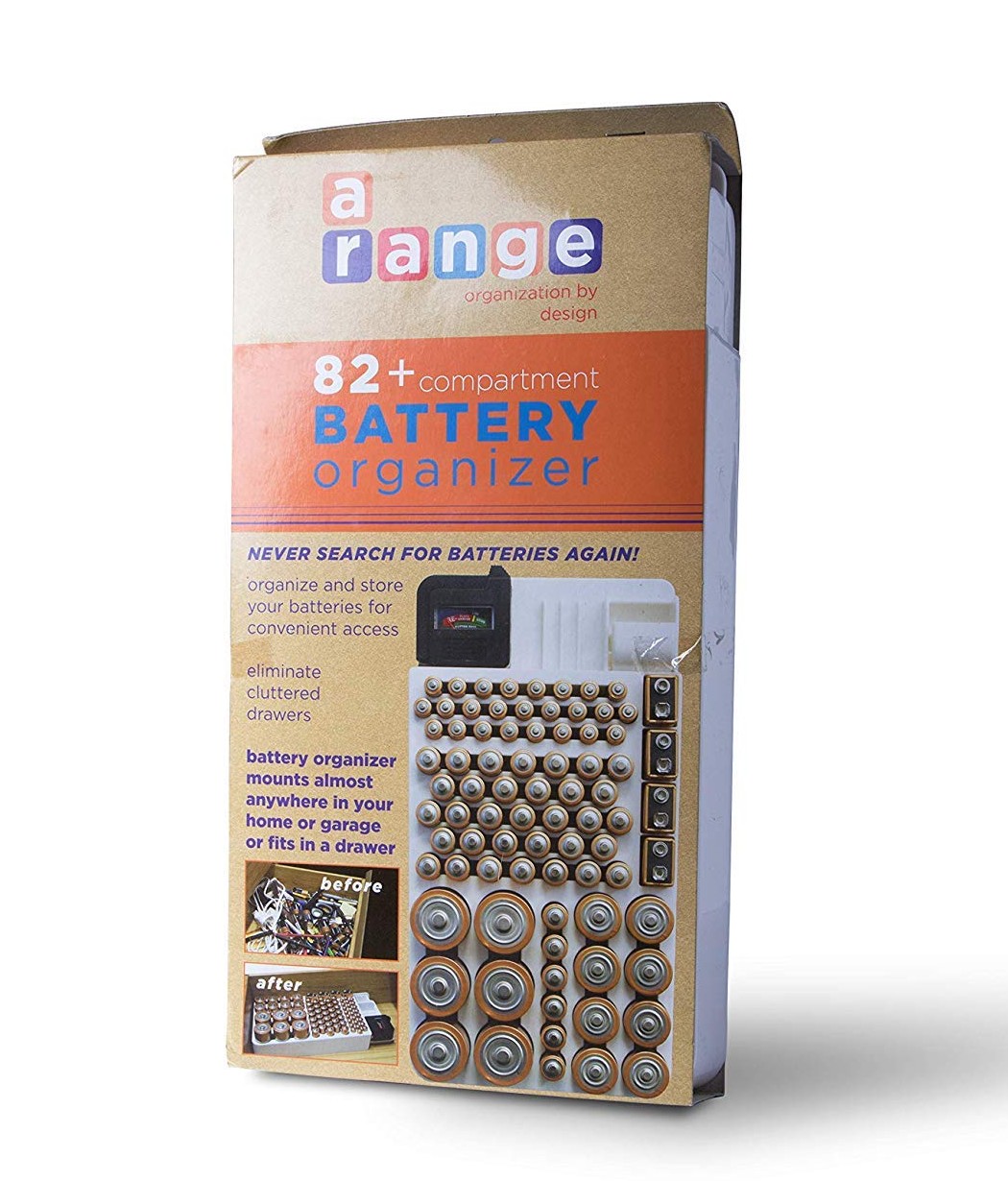 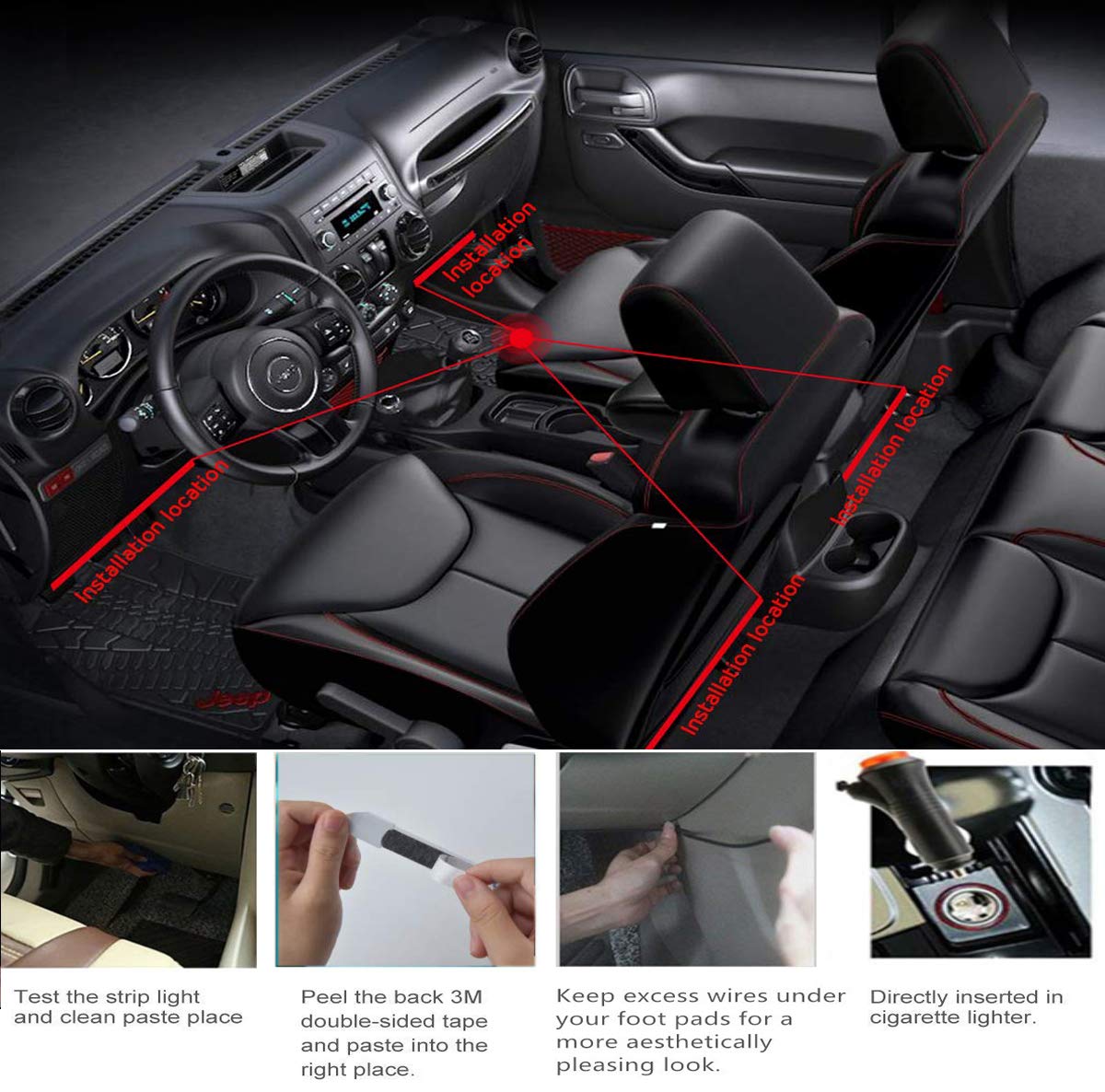 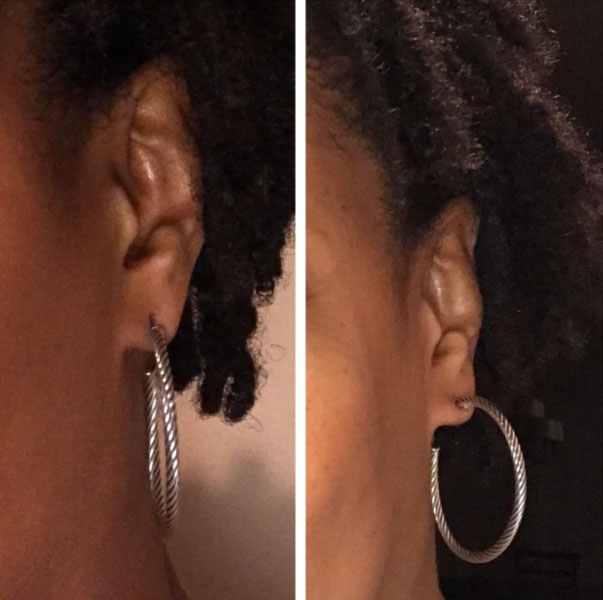