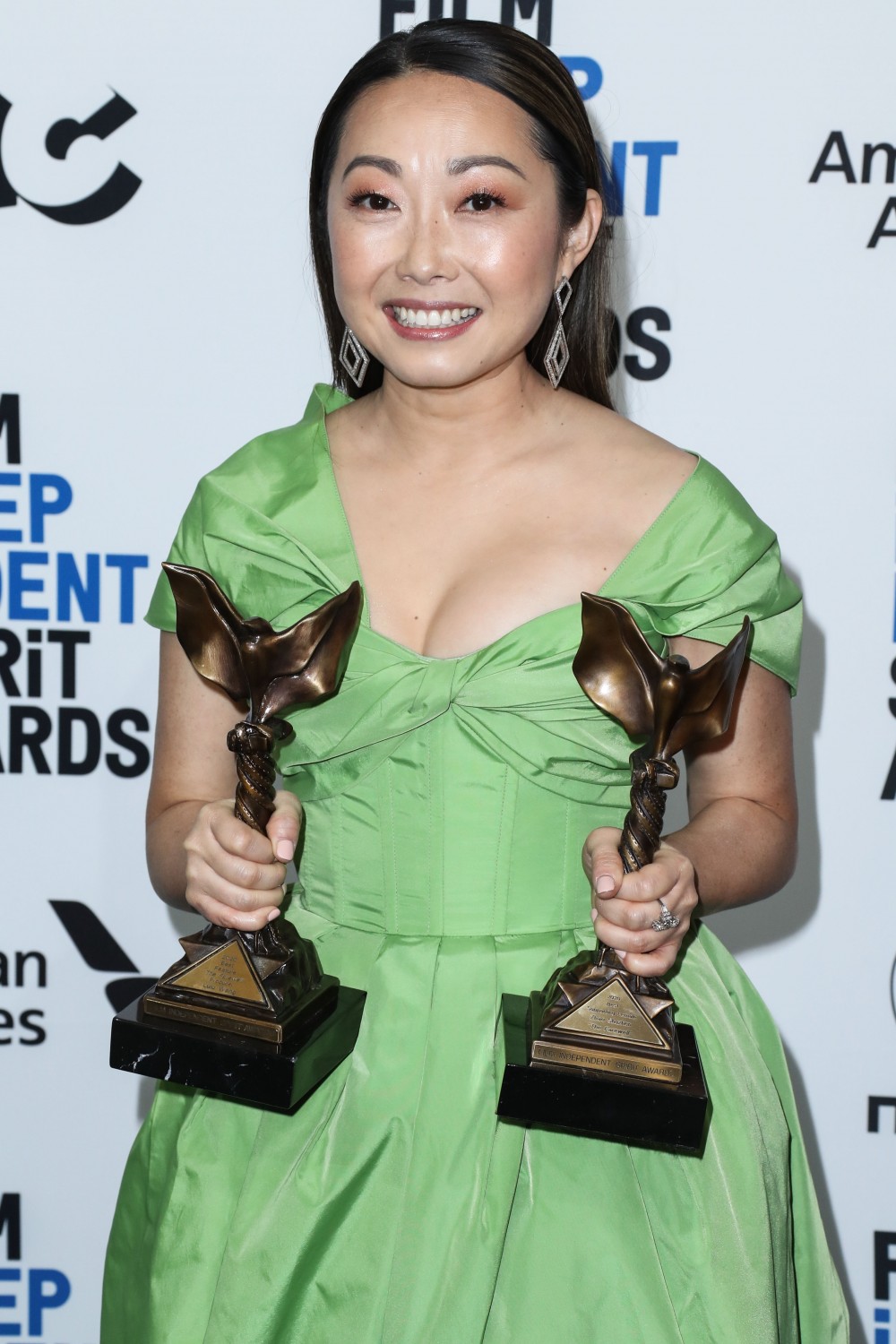 We’re wrapping up Spirit Awards coverage. It’s like the amazing appetizer before the overcooked bland prime rib dinner of the Oscars. You know you should have stopped after the first course but you couldn’t help yourself. Lulu Wang was on stage twice last night, once to accept best supporting female for actress Zhao Shuzen, who was stuck in China due to the coronavirus, and another time to accept Best Picture for The Farewell! When Lulu was accepting for Zhao, she explained that Zhao almost didn’t read the script because she thought it wasn’t dramatic enough and because the pay wasn’t as good as the roles she gets in China, it was cute. In her acceptance speech for The Farewell, Lulu said that there was a lot of talk about encouraging women to be in film, but that “what women need is just the job. Just give them the freaking job. Give them the money.” Amen.

Lulu had on a fabulous green Prabal Gurung dress with a subtly asymmetric bust and a really cool split bell skirt. 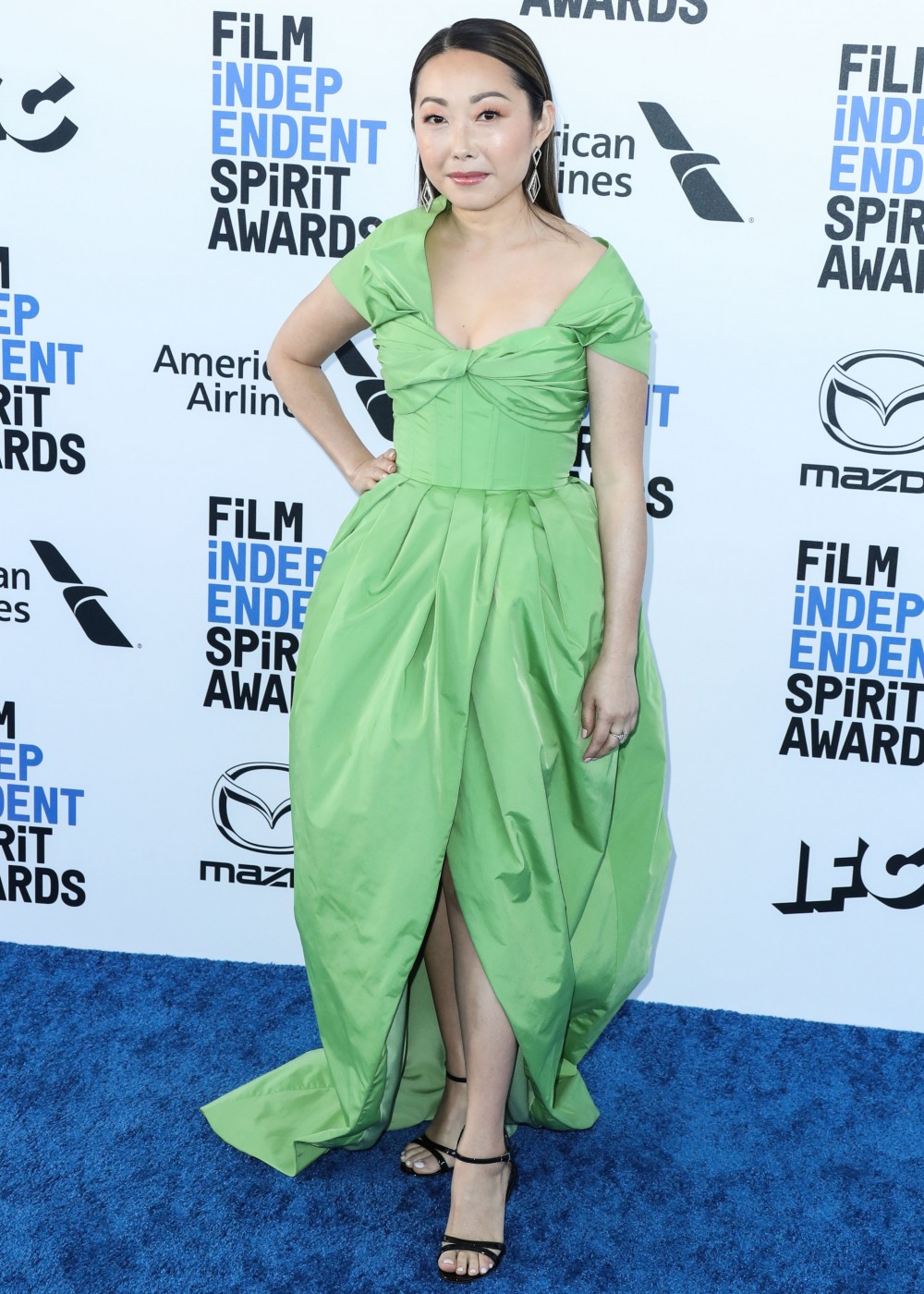 Here’s Marisa Tomei looking like a snack in a white Peter Petrov suit with a pastel yellow blouse. My only complaint is the teardrop opening at the front of the jacket. It looks like it’s hanging oddly because of that, but it’s surely a design feature and I’ve seen it before I think I just like jackets that lie flat. 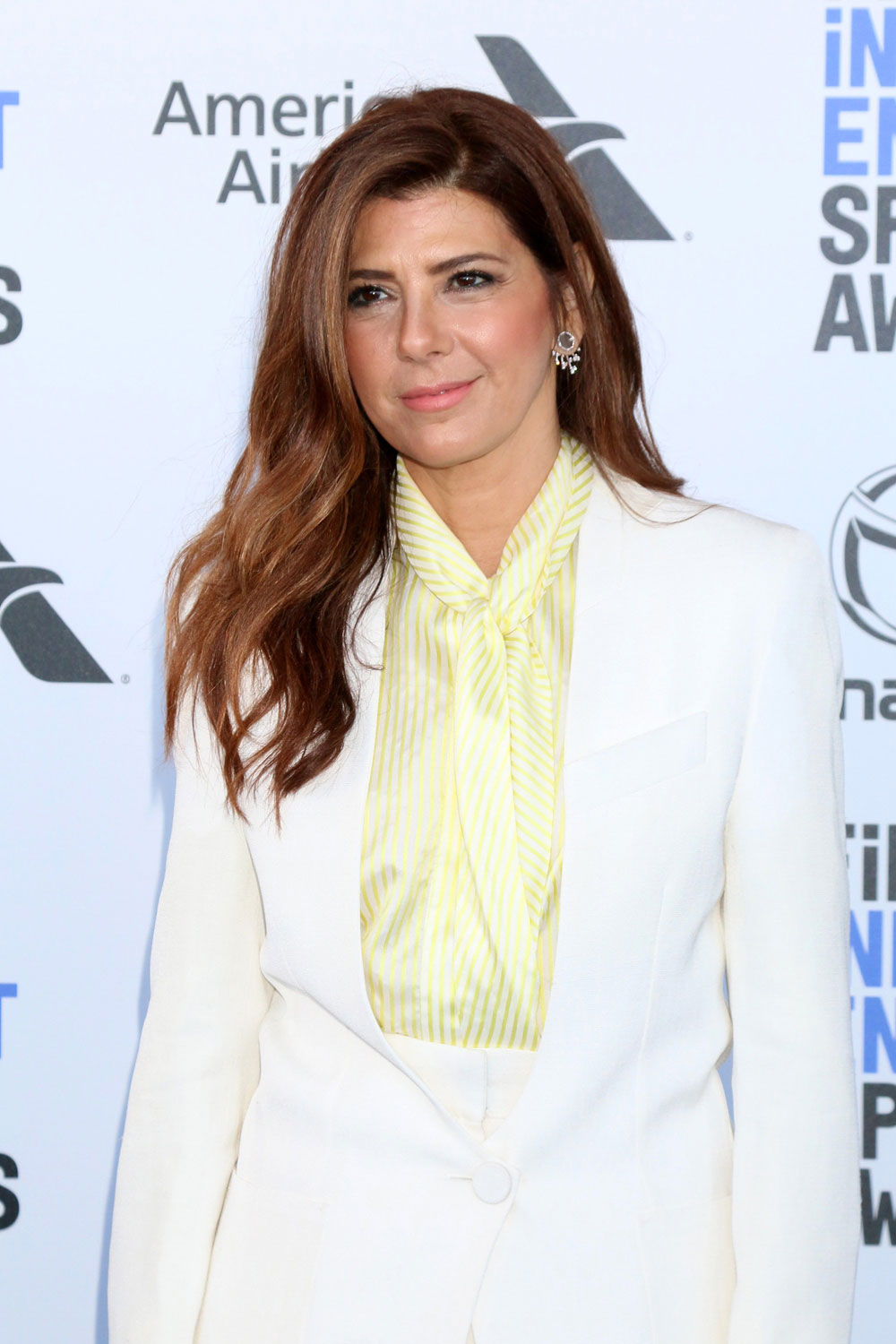 Zazie Beetz looked retro in this very 80s white and cherry print Rodarte with a giant ruffle arm. She’s so happy looking I can’t nitpick this crazy dress. Also check out how cute she is with her boyfriend, David Rysdahl. He’s an actor and writer and they’ve been together since 2015. 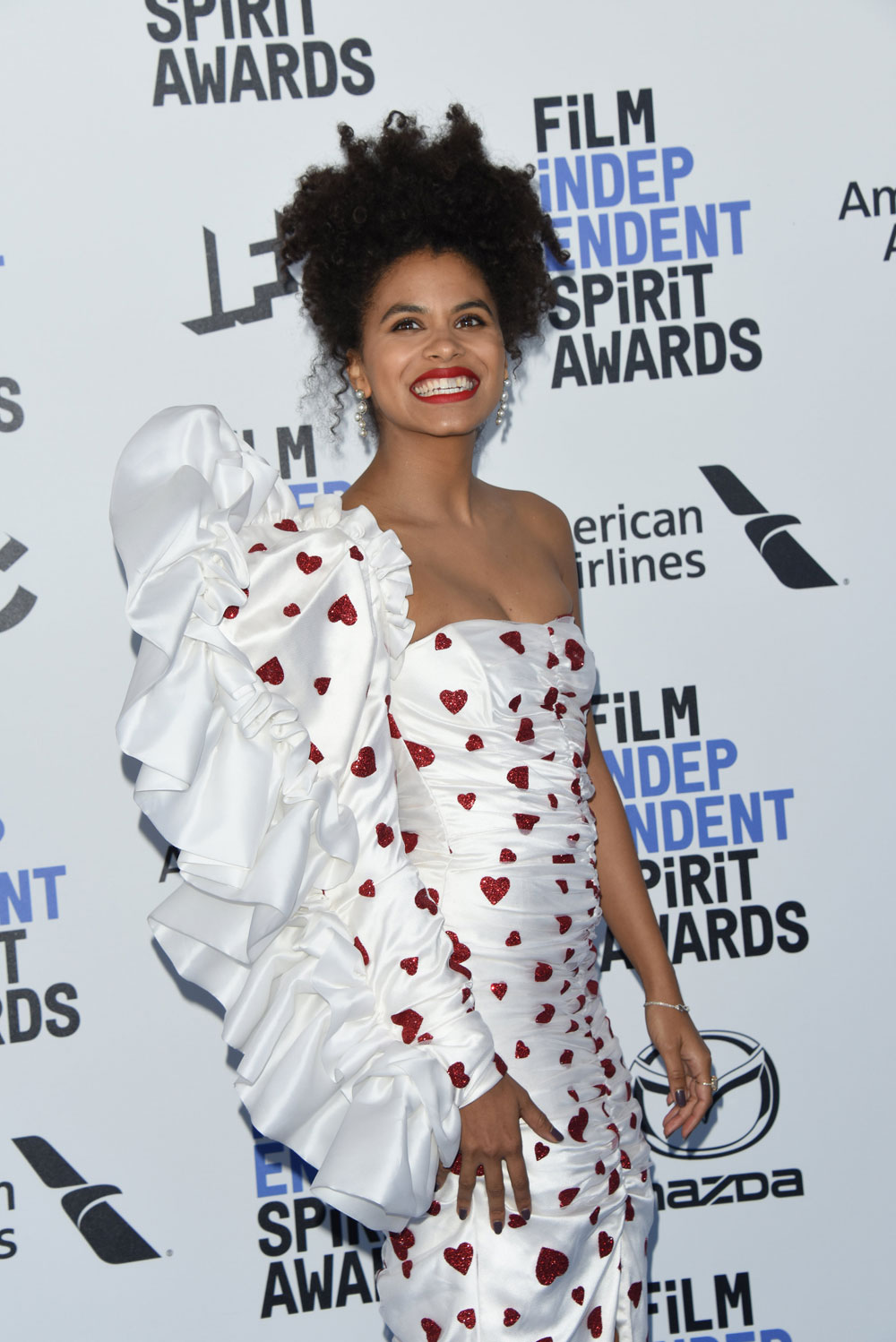 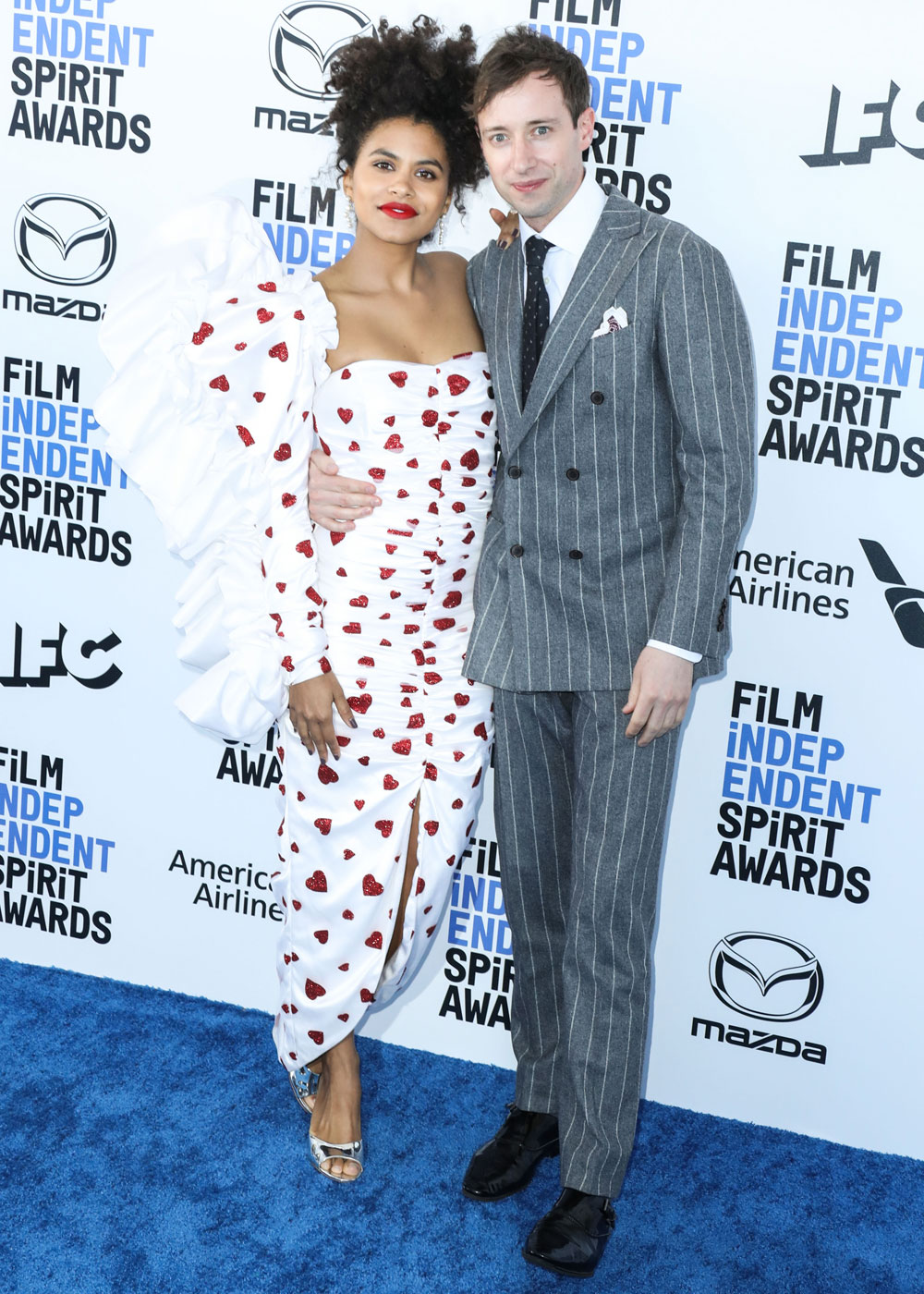 America Ferrera was in a very pink Self Portrait gown with a giant bow and a brighter pink jacket over it. America is pregnant, but does she get a pass for this? I say no.