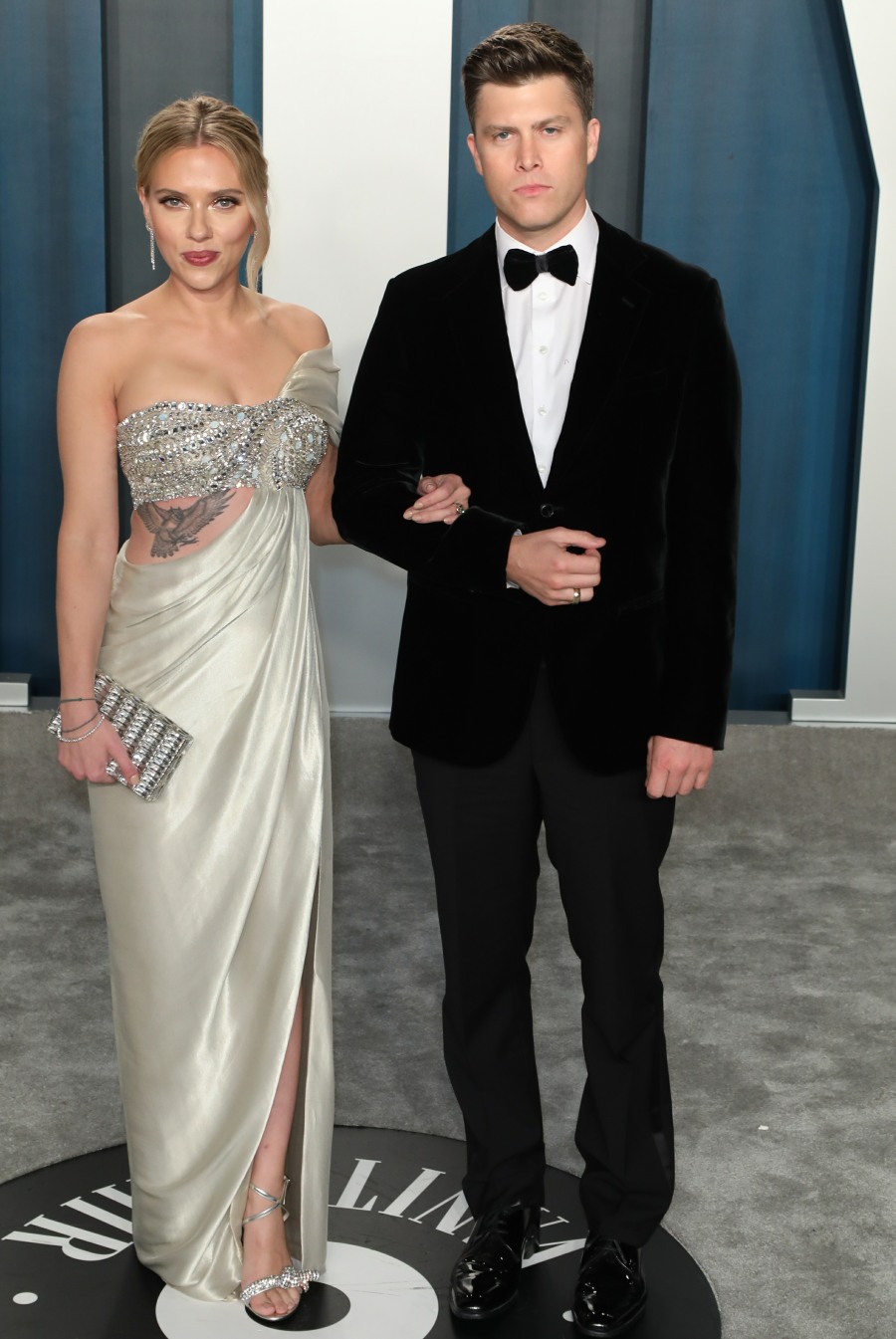 For the life of me, I do not understand why Scarlett Johansson went to Oscar de la Renta’s designers and said “please make me two beige-y champagne gowns for the Oscars.” I halfway liked her Oscar look, but why did she go for such a similar vibe with her de la Renta party dress? And why that hideous rib tattoo? Why does ScarJo have such budget-looking tattoos in general? We’re never going to get the answers to these questions. 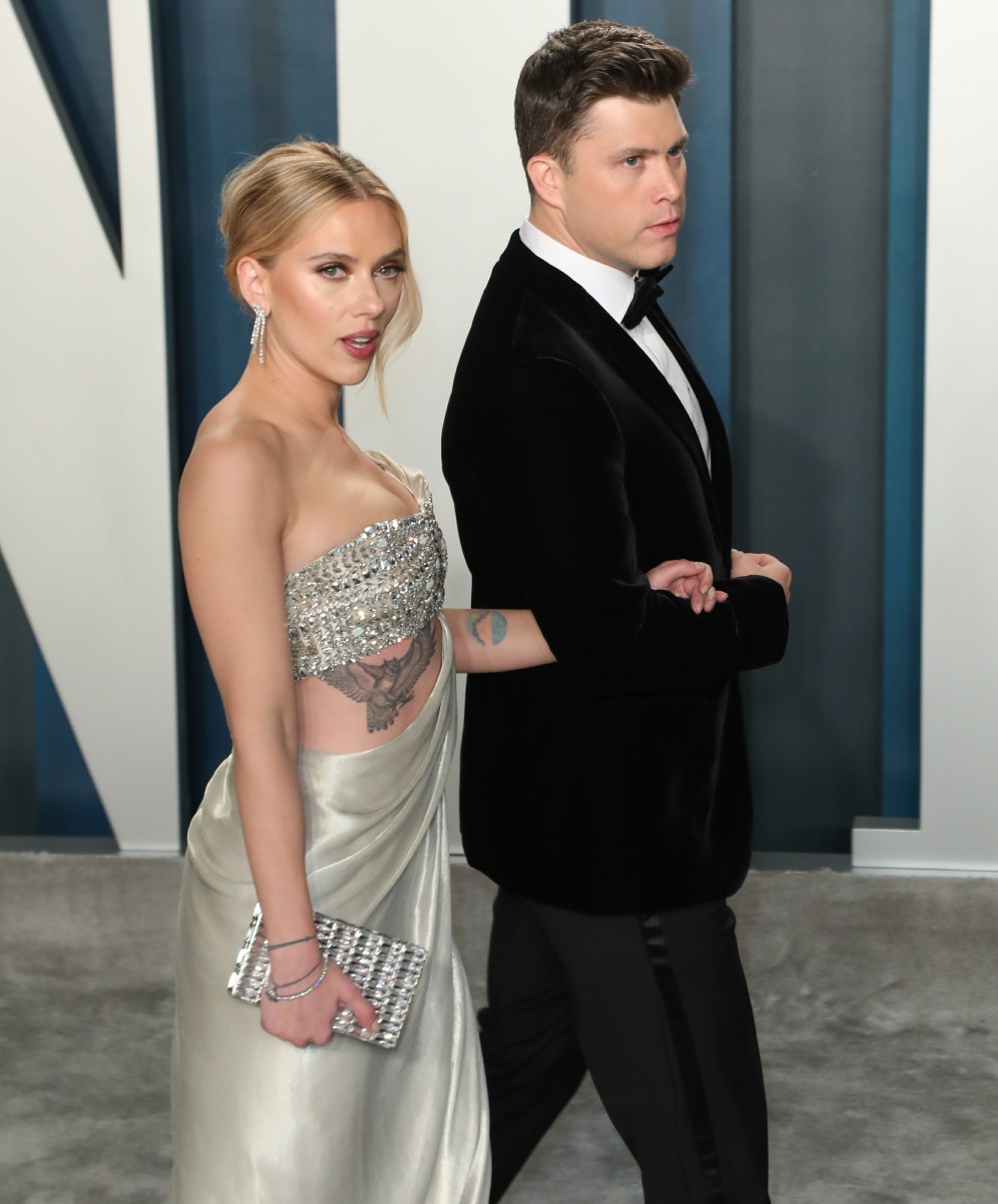 Ciara in Ralph and Russo. Pregnant and wearing lingerie to a party, why can’t your fave? Ciara is one of the most beautiful women in the world, so… she can do whatever she wants. But I’m not crazy about the lingerie look. 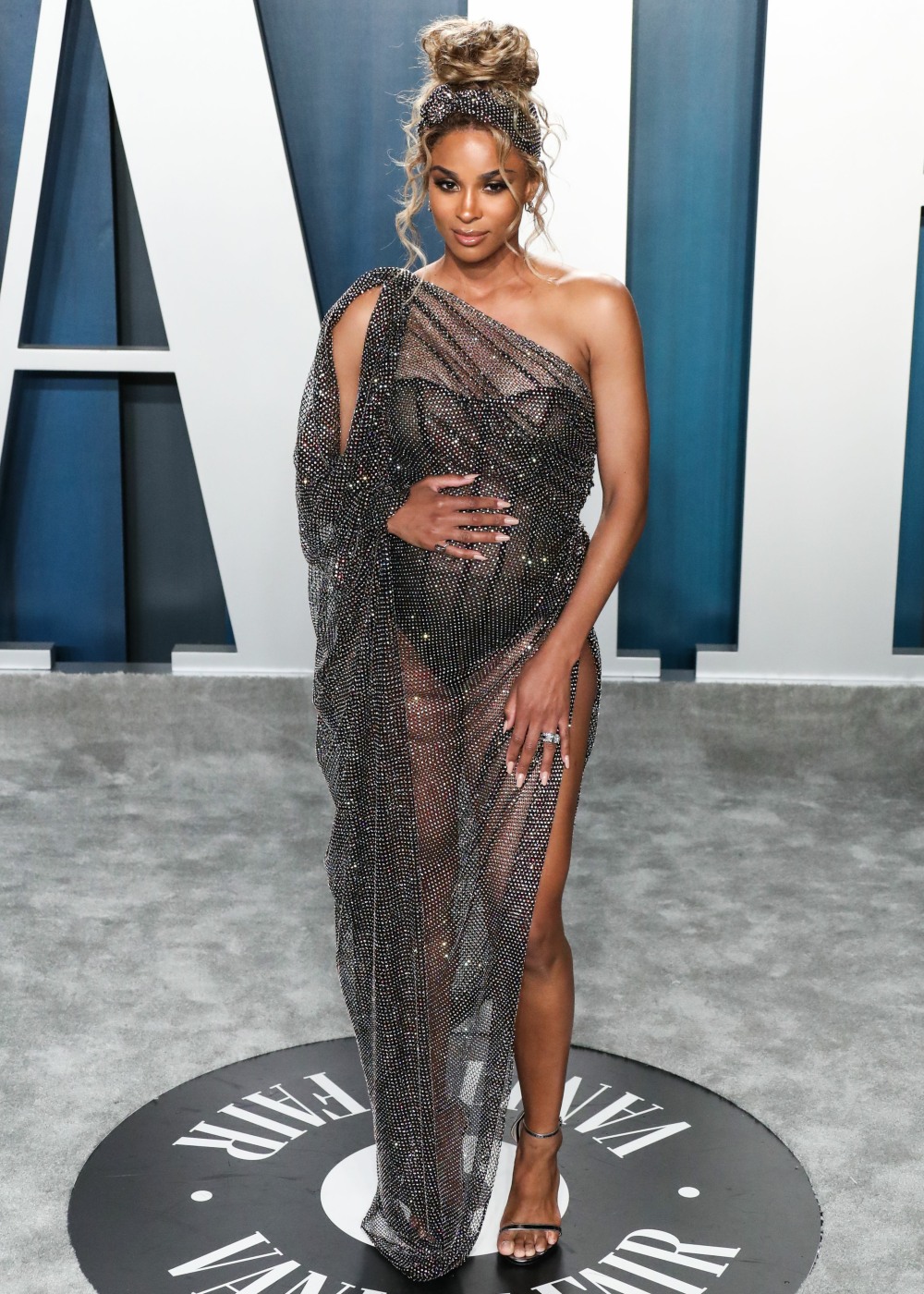 Lena Waithe in Richfresh. She posed with Ava DuVernay on the carpet, but I wonder if she met up with her rumored lover Cynthia Erivo inside?? 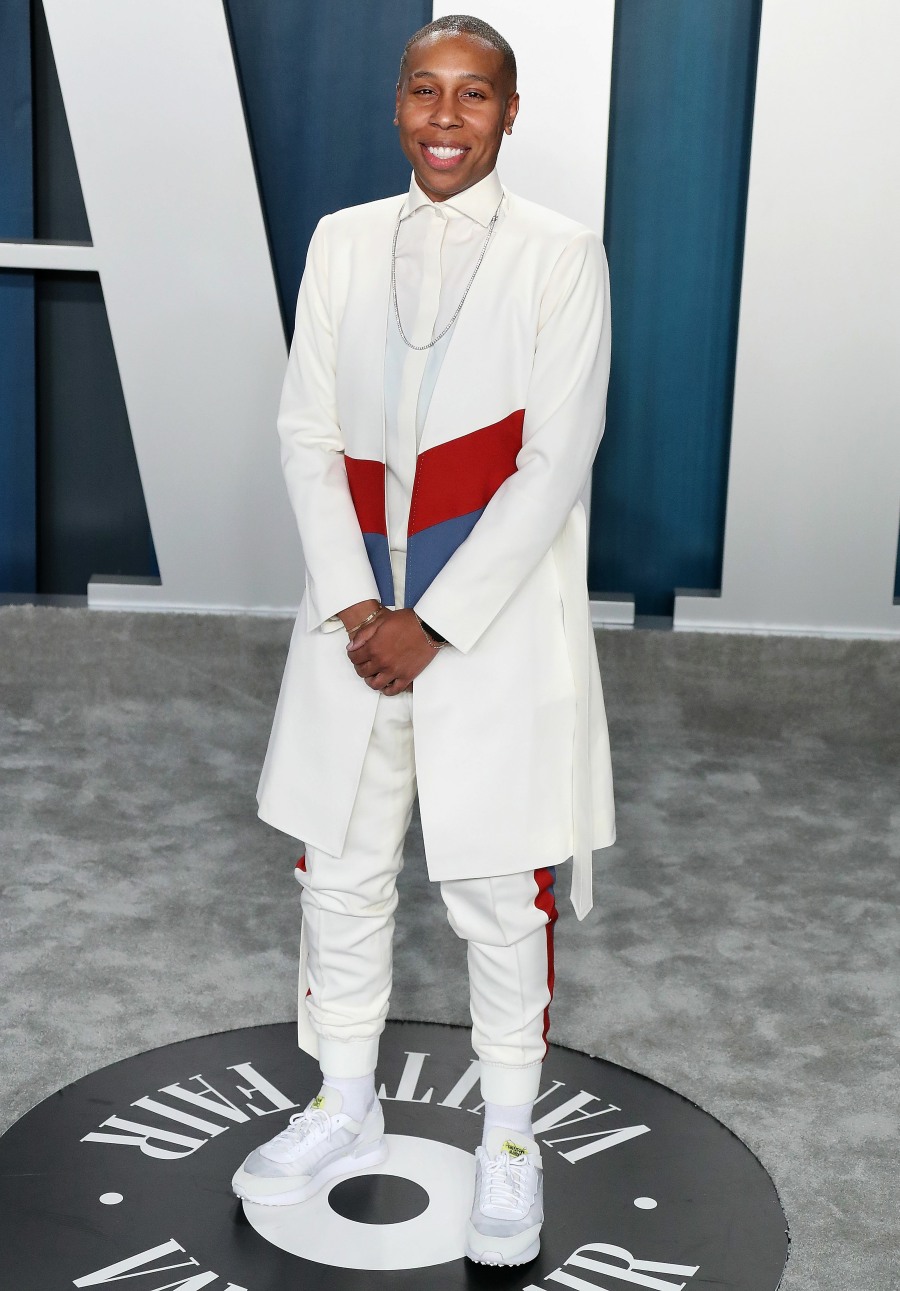 Billie Eilish in Gucci. I mean… she looks better in this than in the boxy white Chanel she wore to the Oscars. I can’t believe she changed though, that seems off-brand! 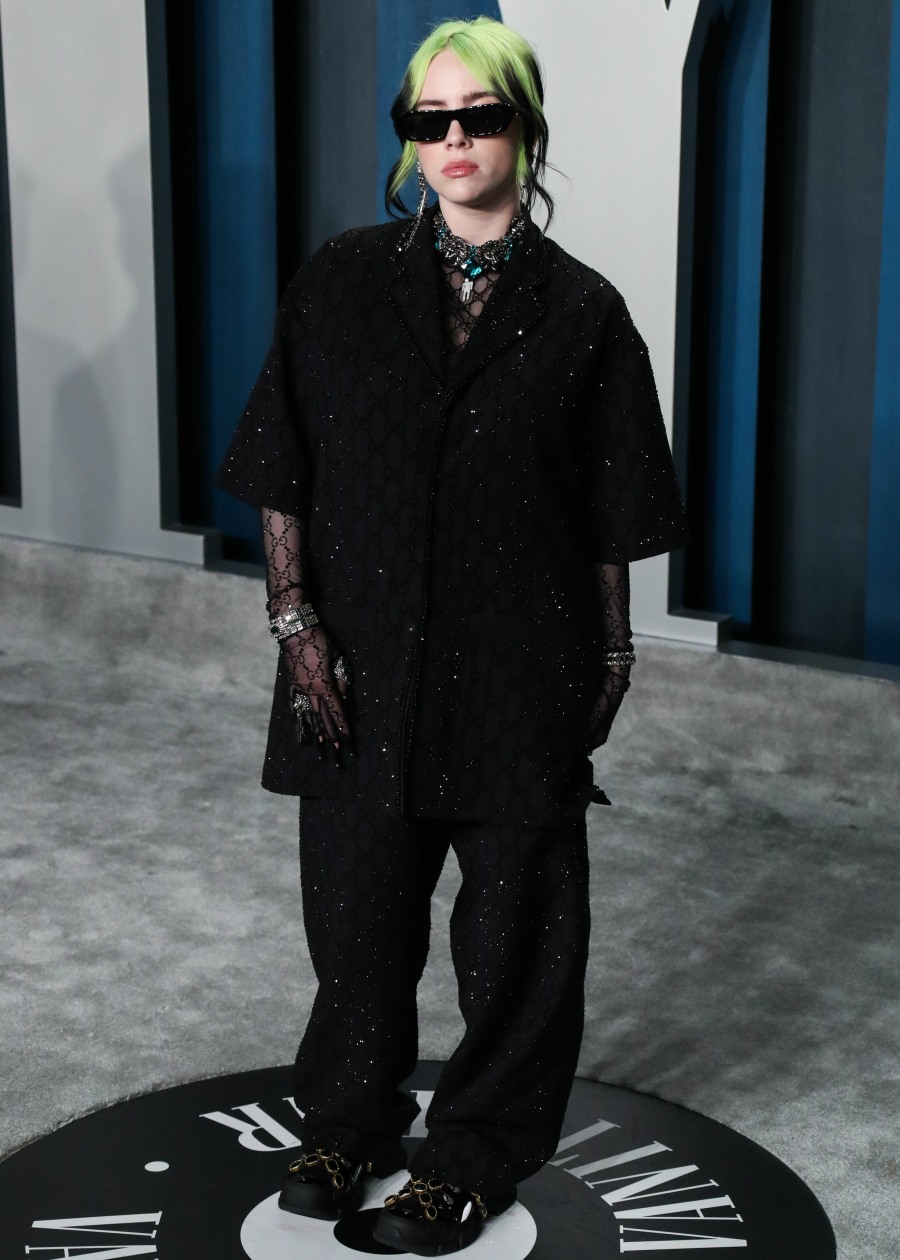 Lily Aldridge also wore Gucci. I loved her archive Ralph Lauren gown at the Oscars, so this party dress is a disappointment. She came to the party with her husband Caleb Followill. 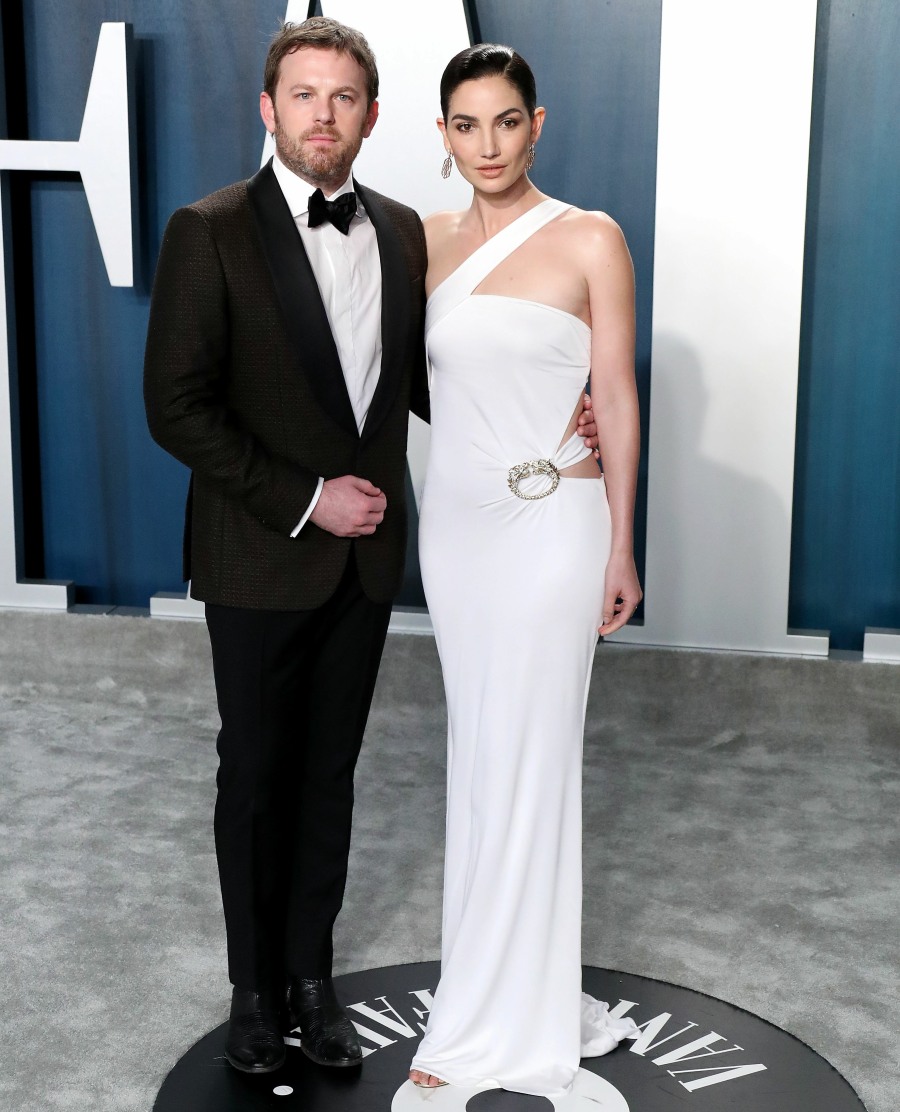 Maria Sharapova in Valentino, with her English boyfriend Alexander Gilkes. I dislike this look! The color is “bile” and the neckline is too conservative. Word around the tennis community is that Pova’s gonna retire this year – she hasn’t won a match in months, she’s had injury after injury and it appears that those drugs really were performance-enhancing after all., no surprise.

45 Responses to “Scarlett Johansson in Oscar de la Renta at the VF party: cute or budget?”