Taika Waititi on not thanking many people for his Oscar: I did all the typing 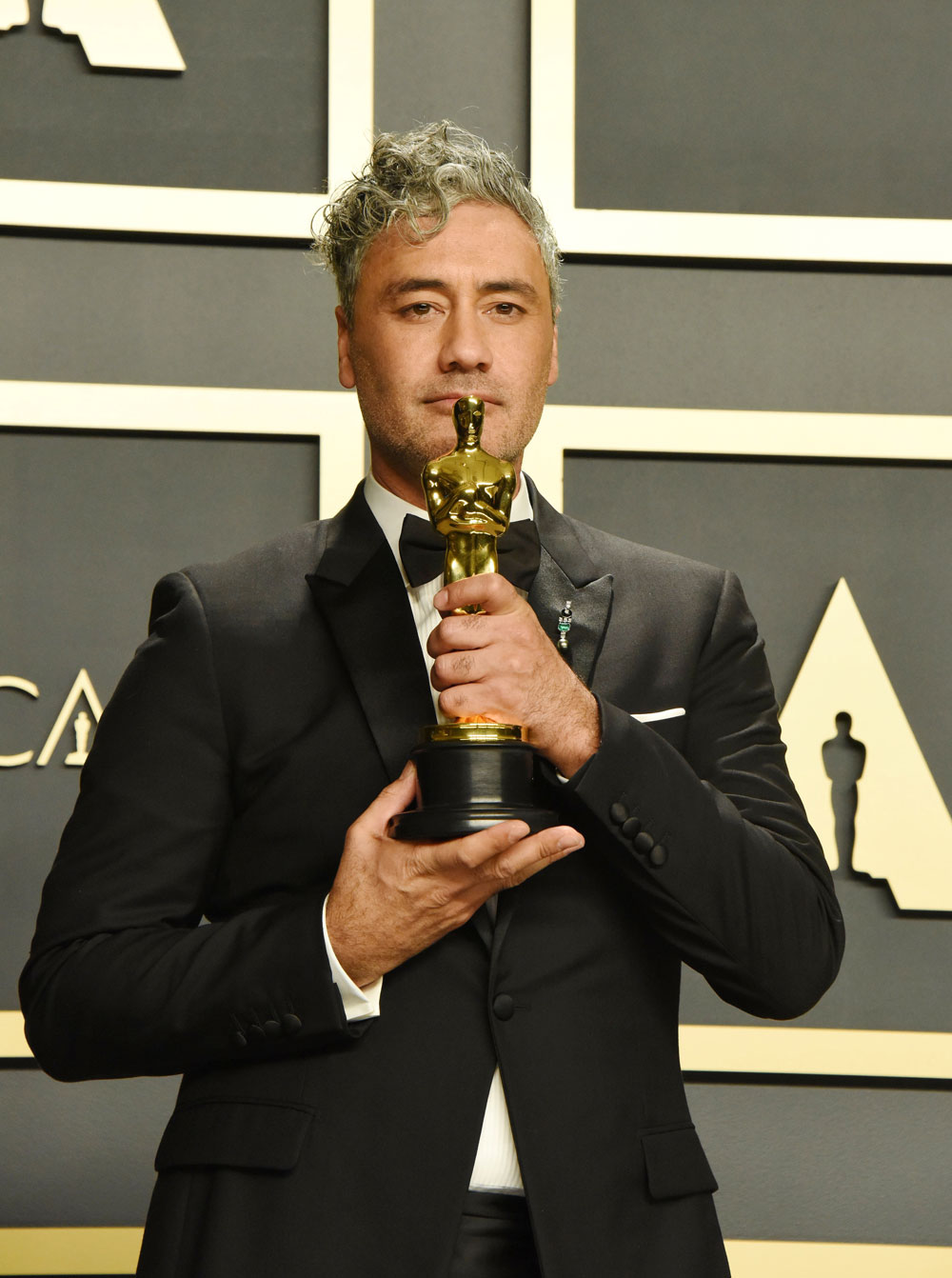 When I heard JoJo Rabbit’s premise I thought “there’s no way I’m going to see this film.” I didn’t think we needed yet another movie about Nazi Germany, especially not a quirky comedy where a little boy’s imaginary friend is Hitler. It seemed ridiculous and dumb to me, but my teenage son wanted to see it so I went with him. Plus I liked Taika Waititi’s film Hunt for The Wilderpeople and he was great in What We Do In The Shadows. I was so wrong about that movie. It was funny, heartwarming and one of the best coming of age films I’ve seen. I do not think it deserved the Best Picture Oscar above either Parasite or 1917, but it deserved to be nominated. It turns out Taika did win an Oscar, for screenwriting. That makes a lot of sense because he took such a delicate topic and made it humorous, touching and respectful. The film was frankly wonderful, and I would have liked to see a best actor nomination for the young lead, Roman Griffin Davis. Scarlett Johansson was ok in it and did not merit a support nom, but I digress.

Anyway Roman and Taika were on Ellen and they were so cute together. They talked about Roman’s acting experience, which was limited to school plays because he’s only 12, and about Taika’s Oscar. Here’s some of what they said and you can see the video below.

This is your first film
Ronan: I played a daffodil in the school play.
Taika: That’s what I saw in you was a daffodil.
Ronan: My inner daffodil.

Did you thank everyone you wanted to thank?
Taika: This is one of the better awards. With writing you don’t have to thank anyone. I did all the typing. There was no one else. I shared the thing with producers and my mom who introduced me to the book I adapted. She can come and look at [the Oscar] but I’m not sharing it.

Did you want to cast someone else as Hitler?
Taika: Searchlight said ‘we only want to make it if you play Hitler.’ It made no sense to me because look at me, I’m way too good looking. I feel like a celebrity would have detracted from the story.

As for what’s coming up for each of them, Taika is working on the next Thor film in Australia and Ronan is doing a project with his mother. I didn’t realize that Taika directed Thor: Ragnarok, that makes sense because it was hilarious and easily my favorite Marvel movie. He’s writing and directing the next one, Thor: Love and Thunder. Also I’m looking forward to seeing Ronan on the big screen again.

Oh and here’s a link to Taika’s Oscar acceptance speech, you could tell he was nervous but he did a great job. He did exceptionally well during his BAFTAs speech though. He said he was from the colonies, that he knew it had been a tough week for Britain and that it was nice “to take a little bit of your gold back home where it belongs.” Like his Oscars speech, he also thanked his mother and Christine Leunens, the author of the book he adapted. 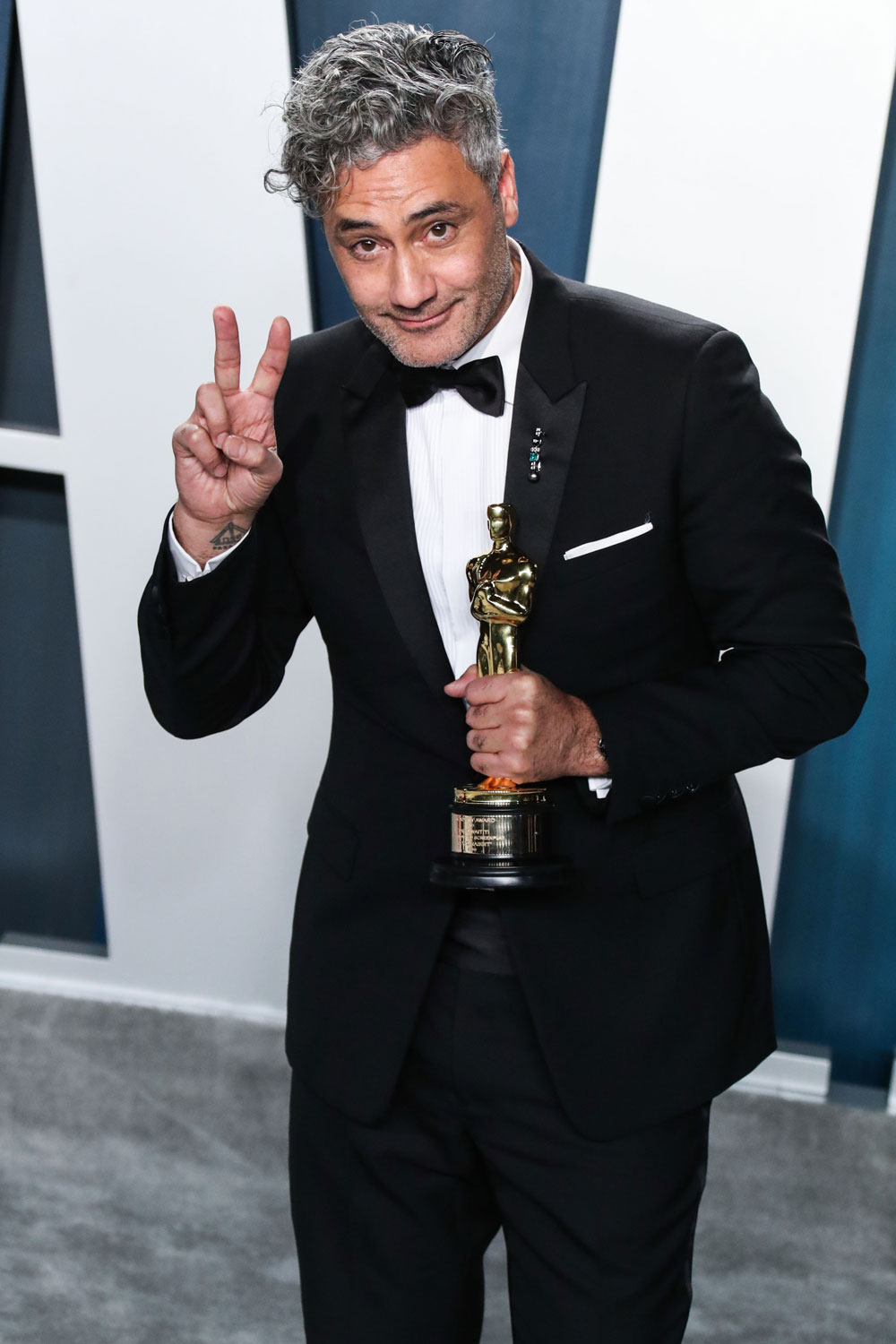 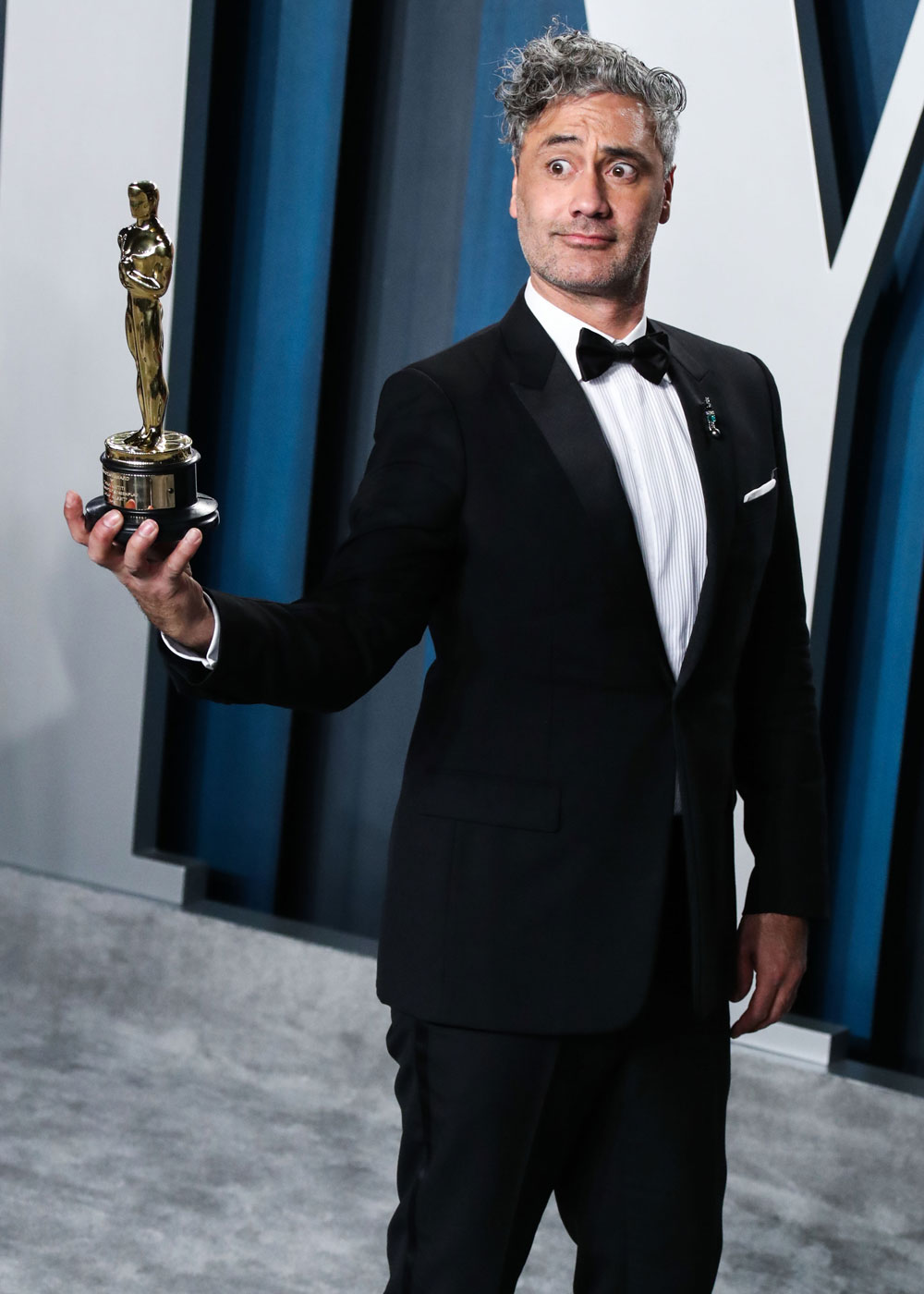 53 Responses to “Taika Waititi on not thanking many people for his Oscar: I did all the typing”