Billie Eilish wore head-to-toe Burberry at the BRIT Awards: cute or no? 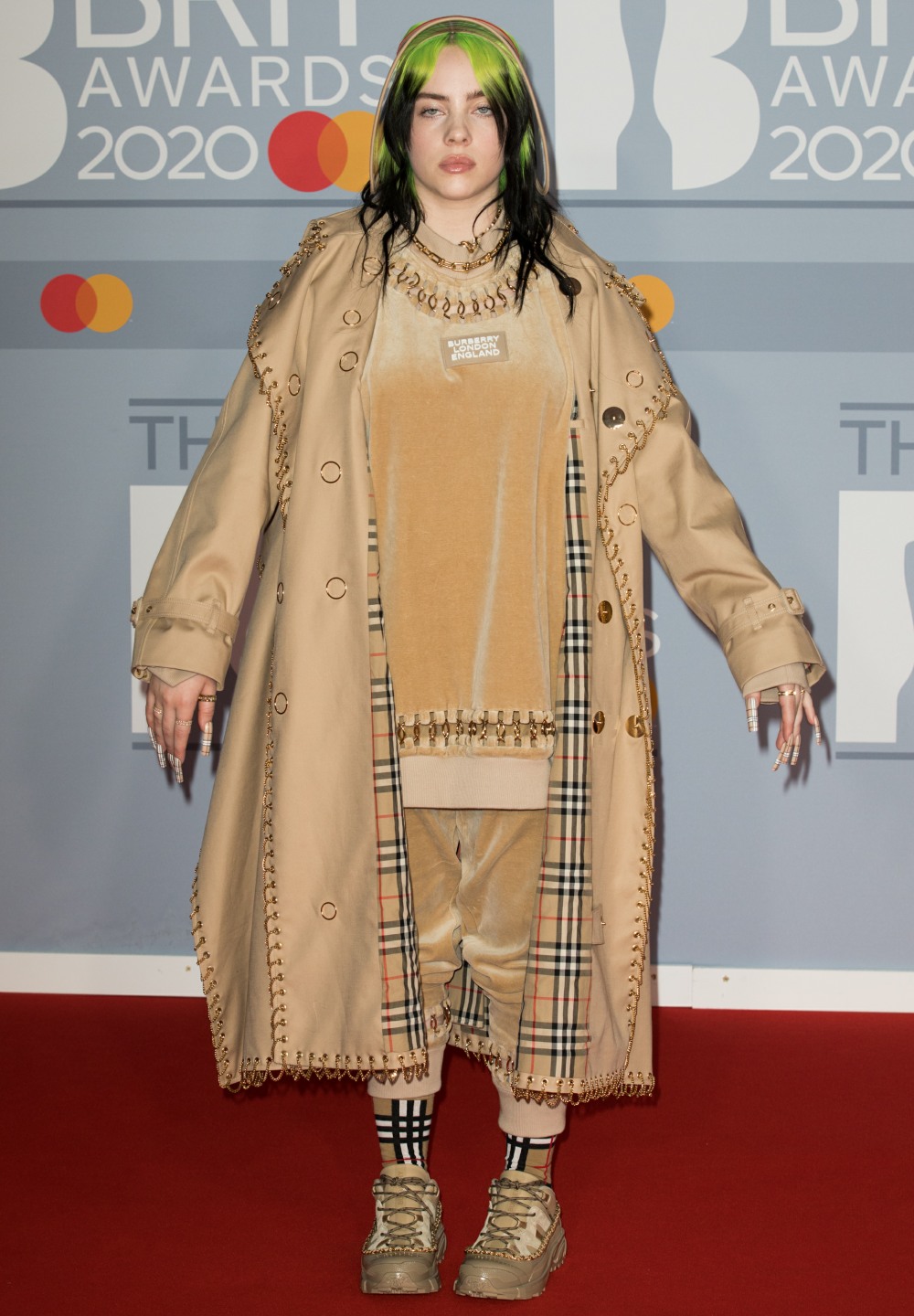 It has been a crazy month for Billie Eilish, from her sweep at the Grammys to performing at the Oscars to releasing her James Bond song and now this, performing that Bond song at the BRIT Awards and winning some awards there too. Billie wore this Burberry ensemble on the red carpet and… I don’t really like it? It just looks like Burberry sent her a big package of their most obvious stuff and she just decided to wear it all. I don’t have a problem with her boxy, figure-masking style at all (I dressed similarly when I was a teenager too). My issue is that I think Billie could be having more fun with that style instead of looking like a Burberry billboard.

When Billie picked up a BRIT Award, she cried on stage and confessed to the crowd: “I’ve felt very hated recently. And, when I was on the stage and I saw you guys all smiling at me. It genuinely made me wanna cry. And I wanna cry right now, so thank you.” She gave an interview this week where she said she had to stop reading comments on the internet because they were “ruining my life, the cooler the things you get to do are, the more people hate you. It’s crazy.” Poor Billie. This past month has been A LOT. (Sidenote: I saw people saying she was the new Lorde and I’m still feeling like… uh, Lorde is still much more talented?!?) 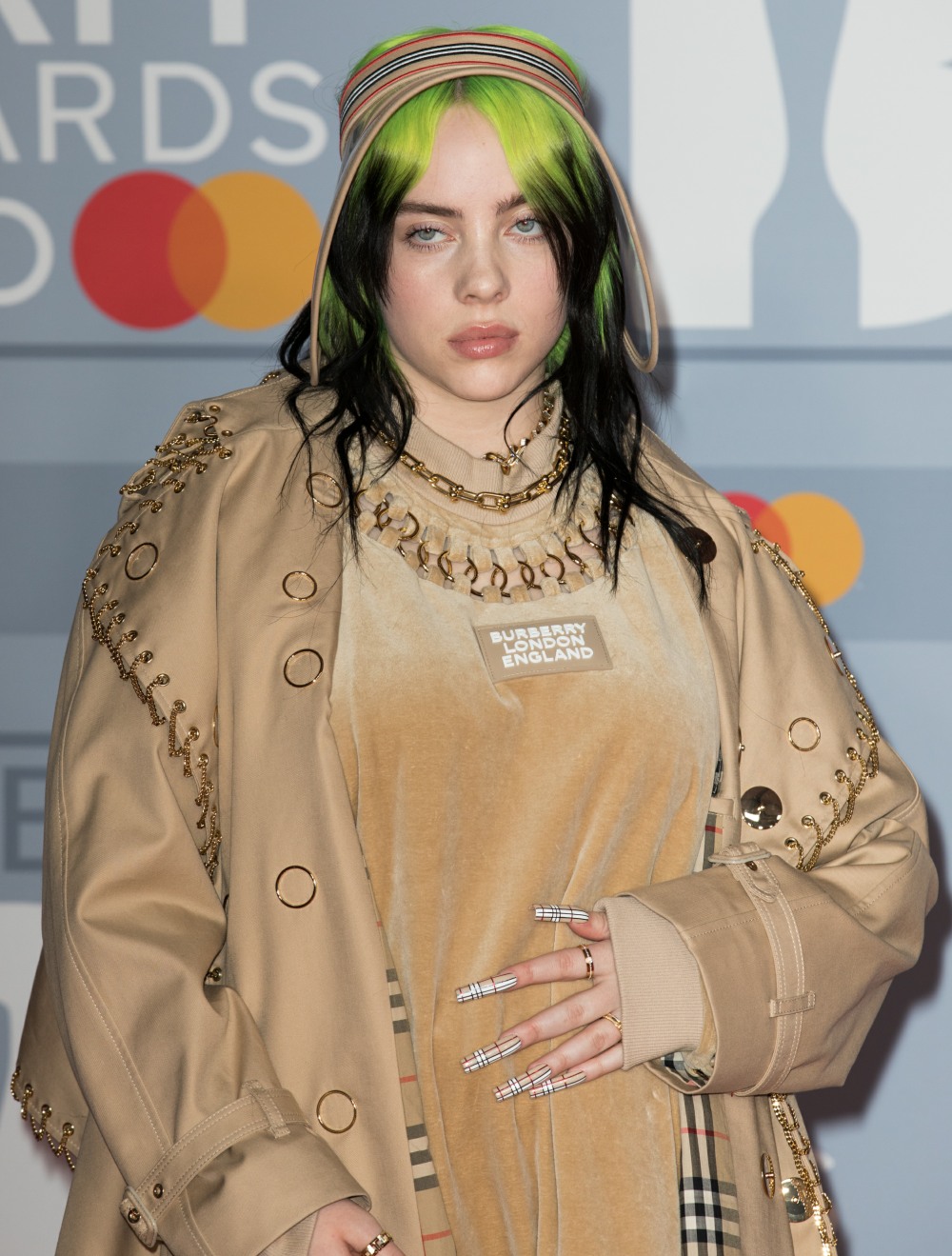 More photos from the BRIT Awards: Lizzo wore this chocolate Moschino dress. I mean, it’s her shtick. I don’t hate it. 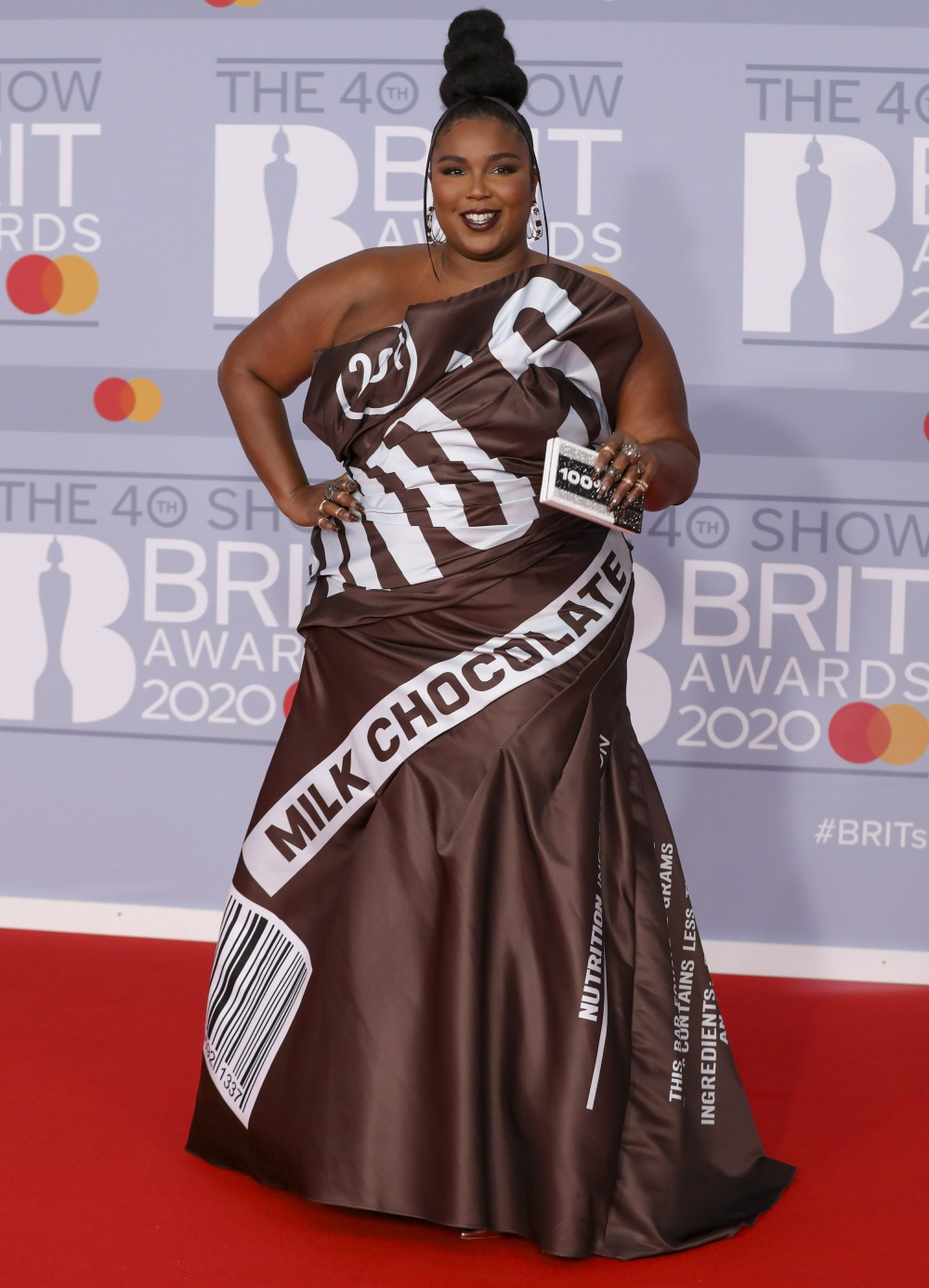 Ellie Goulding in Koché Spring 2020. Ellie’s voice annoys me and her vibe annoys me, but girl has got a BODY. This dress looks awesome on her. 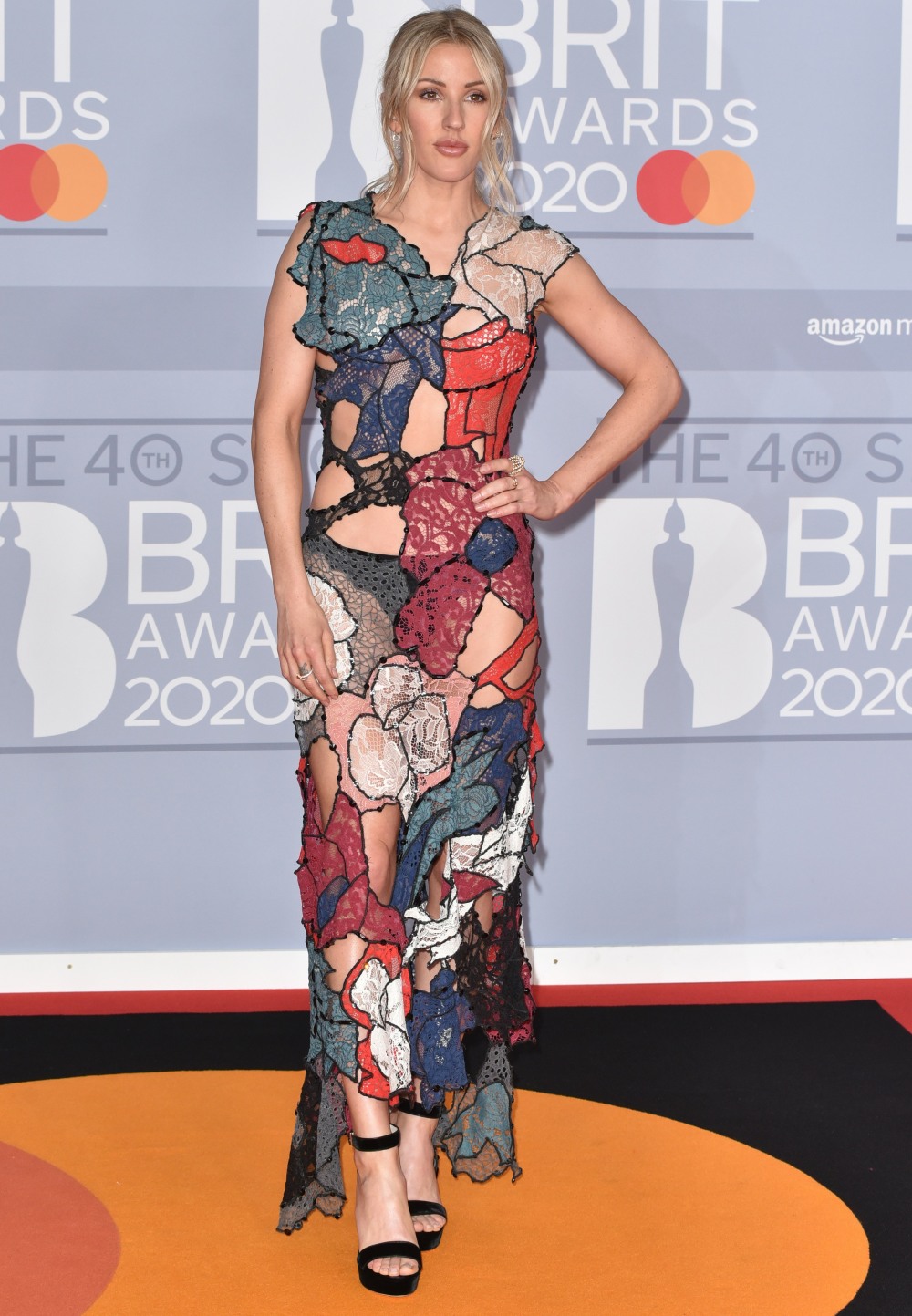 Hailee Steinfeld in Fendi. She’s so pretty and I almost always hate her style. 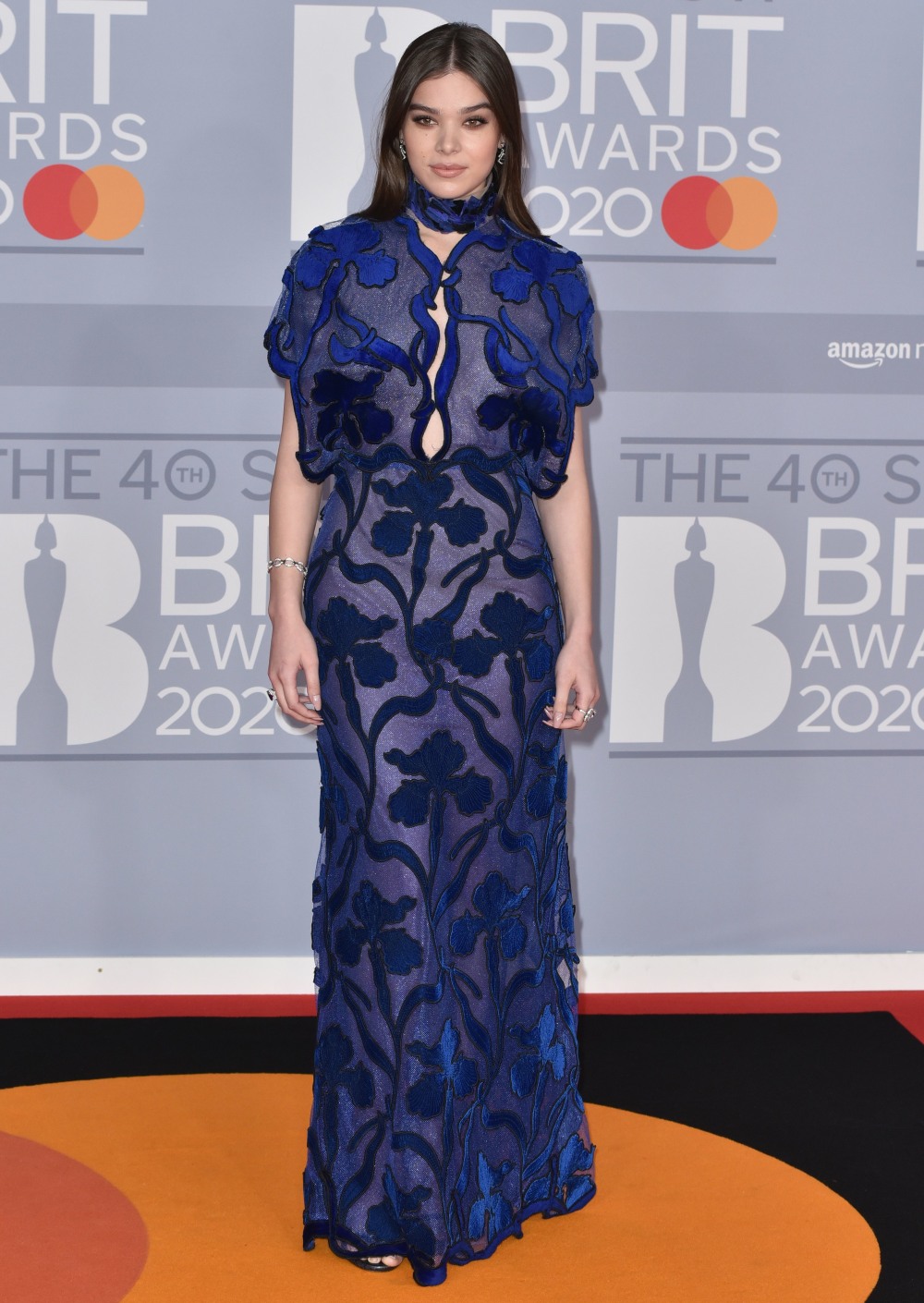 Harry Styles wore pearls and a nice suit. He wore a black ribbon for the late Caroline Flack, whom he dated several years ago. (Sidenote: Harry has gotten extremely hot lately, right?) 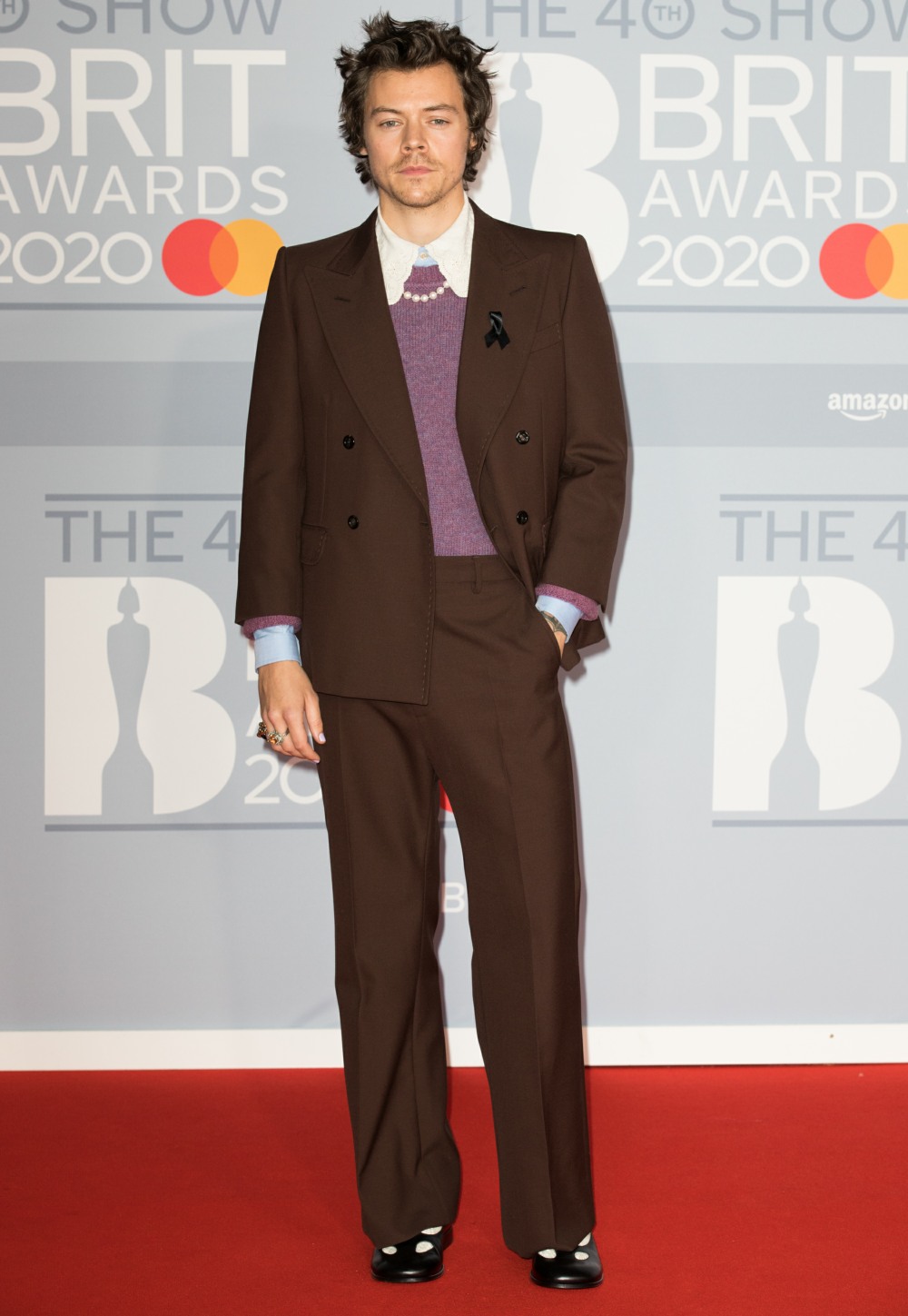 85 Responses to “Billie Eilish wore head-to-toe Burberry at the BRIT Awards: cute or no?”