Meghan McCain: You’ve done ‘a piss-poor job’ of convincing me to vote for a Democrat 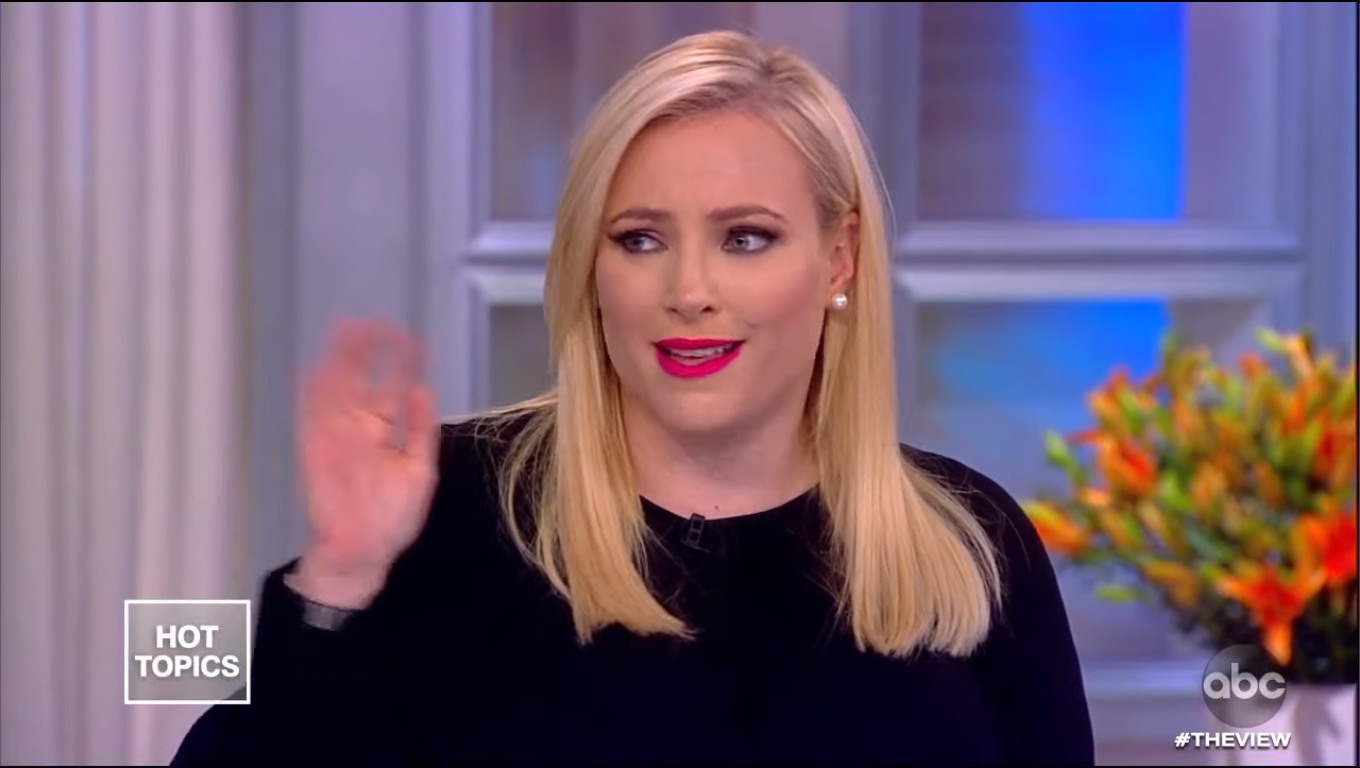 Friend-of-the-blog Mike Redmond at Pajiba has been on the Meghan McCain/The View beat for months now, and I kind of love how watching The View every day has made him dead inside. I don’t like the idea of Meghan McCain being representative of Republicans or GOP voters or even white women writ large, but there’s a reason why so many sites do have dedicated people watching The View and reporting on the conversations and interviews: because this dumbf–k show reaches millions of people every weekday. Political candidates have been stopping by the View for the past year and those interviews and discussions are affecting the race and making news. So, basically, Meghan’s asinine behavior and clueless white privilege becomes important, and thus it’s all some kind of self-fulfilling prophecy.

Well, the latest series of headlines from The View are such: Meghan McCain claims she’s not going to vote for Trump AND Meghan McCain says that Democrats have done a “piss-poor” job of explaining to her, a very stupid Republican woman, why she should vote for a Democrat. This whole conversation was a mess and it started with the ladies discussing Mike Bloomberg and how he’s racist and sexist (which is all true) and here, take it:

Stop us if you’ve heard this before: The View’s Meghan McCain and Joy Behar lashed out at each other in an off-the-rails and increasingly uncomfortable segment of the popular ABC talk show. Kicking off Tuesday’s broadcast by noting that billionaire Democratic presidential hopeful Michael Bloomberg has qualified for Wednesday’s primary debate, McCain said she was glad he would finally have to “man up” and debate the other candidates, especially as his past racist and sexist comments have come light.

Behar, who moments earlier warned Democrats against tearing each other apart because the nominee will need to defeat President Donald Trump, reacted by claiming Bloomberg has done “a lot for the black community too.” McCain countered by bringing up a lawsuit dug up by The Washington Post in which Bloomberg was once sued for telling a female employee who was looking for a nanny that all “you need is some black who doesn’t even have to speak English to rescue it from a burning building.”

“I’m just saying, you want to go up against Trump and you want to take the moral high ground, Democrats, I don’t know if this is going to be the guy,” McCain added.

Behar responded by bringing up Trump’s past racist remarks and comments, such as his reaction to the violence in Charlottesville, prompting McCain to snap back, “I’m not defending Trump because I’m attacking Bloomberg!”

Behar, meanwhile, continued to highlight Trump’s old comments to make the case that the president is worse than Bloomberg, prompting her frequent sparring partner to wonder why Behar was so defensive towards the former New York City mayor.

“It’s interesting that you have a problem we are talking about a candidate the way we would any other candidate. He just happens to be at the top getting the attention right now, which is why we’re talking about him. I’m supposed to give Bloomberg a pass? Not on this show!” McCain exclaimed, drawing rare applause from the View audience.

“I would like to know who you are going to vote for,” Behar replied. “Who are you voting for?”

“You know, you guys have done a piss-poor job of convincing me that I should vote for a Democrat,” McCain replied as fellow co-host Whoopi Goldberg quickly cut to commercial break.

[From The Daily Beast & Pajiba]

I’ll just make some points all in a row: Mike Bloomberg sucks and people need to stop caping for him. Meghan McCain sucks and she’s totally going to vote for the guy who said her father is burning in hell, so write her off now. People also shouldn’t vote for a 78-year-old man who recently had a heart attack and is still hiding his medical records. Democrats cannot chase the elusive “swing voters” who are really just Trump voters who don’t want to admit it. And finally, Meghan McCain – who cannot go ten minutes without shrieking “MY FATHER” – now wants us to stop mentioning her father.

I said EXPLICITLY on the show I wasn’t voting for Trump. The way monsters like you in the media continue to exploit my family pain and grief for cheap political shots against Trump is pathetic. You are disgusting. https://t.co/XPrO6GquEz

Everyone on both sides of the media class – stop using my deceased father for political points and cheap shots. It is painful. It is traumatizing. And it is perverted. Let us all grieve and try and move on in peace!

96 Responses to “Meghan McCain: You’ve done ‘a piss-poor job’ of convincing me to vote for a Democrat”