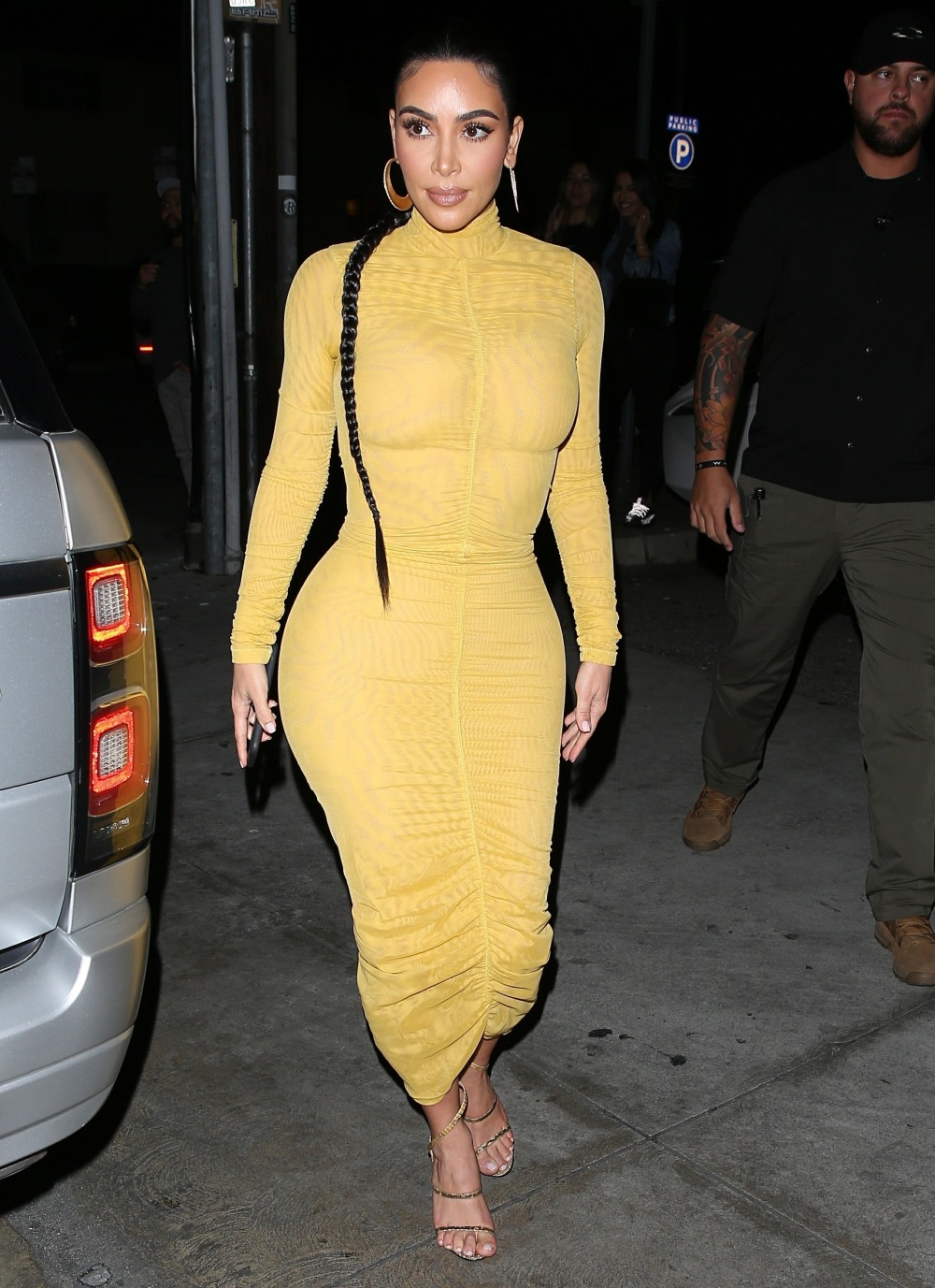 Here are some photos of Kim Kardashian in Glendale last night. She went out to dinner with her mom and a few of her sisters. She was apparently so dressed up because she was filming an episode of David Letterman’s Netflix talk show? Anyway, I really dislike this color on Kim! It’s sort of a muted sunflower and… someone with Kim’s coloring should avoid it. Granted, it doesn’t wash her out as badly as I would have expected, but Kim has always looked much better in red and lavender, but she rarely wears such rich colors anymore. I also kind of think Kim is starting to gain a little bit of weight back, which makes me happy because her body actually looks better now. More proportional, you know? Less like a plastic surgery experiment gone wrong.

Meanwhile, Kim was in Paris a few days ago with Kanye West. They were there to check in with some of their favorite designers, like Jean Paul Gaultier. At Gaultier’s studio, Kim snapped a photo of herself in the mirror, trying on a Gaultier look, but check out Kanye West eating some KFC:

I knew that the Kentucky Fried Chicken brand was global and that KFC is super-popular in many Asian countries, but I did NOT know that Parisians had access to KFC. I wonder if the recipe is any different there? Because KFC here in America is WAY too salty. Anyway… Parisian KFC, and Kimye is making it happen. Here’s Kim’s Instagram post. 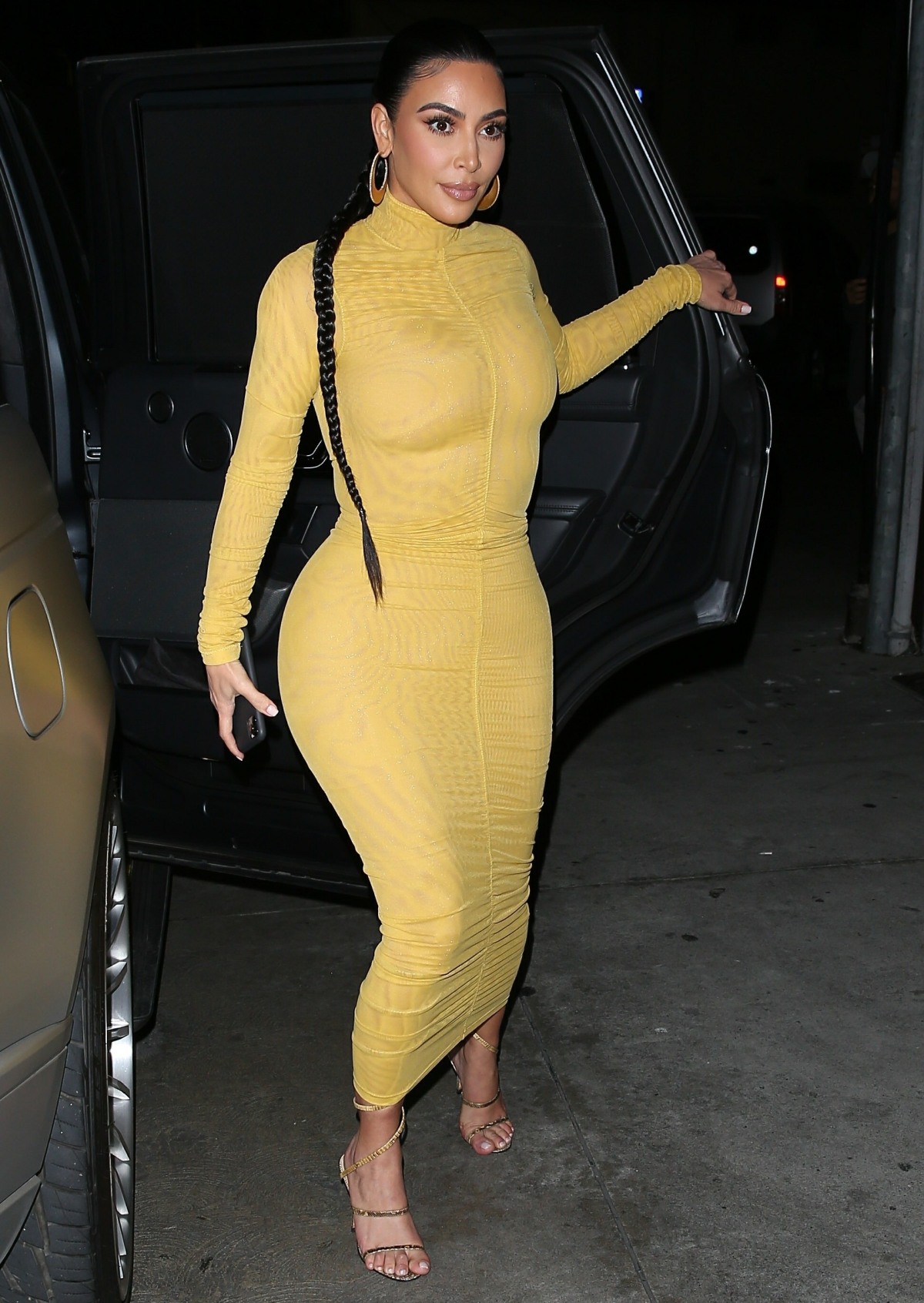