Duchess Kate in Eponine at ‘Dear Evan Hansen’ in London: funereal or keen? 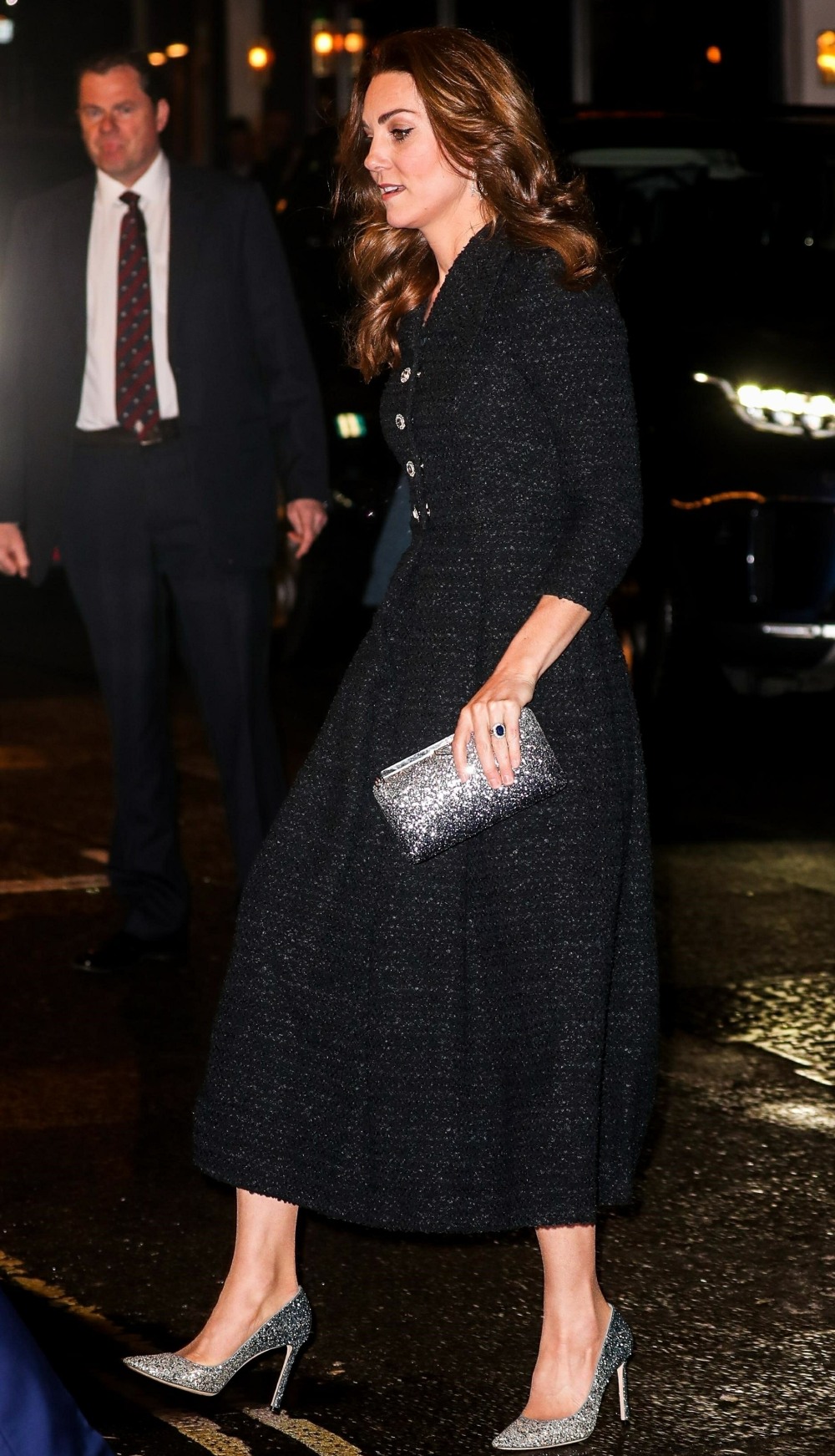 One of the funniest, grossest and saddest fake-criticisms about the Duchess of Sussex was that she was “too glamorous/Hollywood.” The British papers were obsessed with that criticism for months/years. Often in the same breath, they would praise the Duchess of Cambridge for A) wearing jewelry, B) wearing some expensive bespoke ensemble, and C) bringing “much-needed glamour and modernity” to the institution. It always seemed like glamour was just fine when the glamour belonged to a white woman.

All of which to say… Kate has a glamour problem. Her problem is the lack of glamour. Kate and William stepped out last night at the Noel Coward Theatre for a performance of the Tony Award-winning musical Dear Evan Hansen. The performance benefitted The Royal Foundation, which is now for the Cambridges alone. They have to fund their projects somehow now that the Sussexes are out.

Kate wore this dark, thick boucle/tweed Eponine dress with silver sparkle Jimmy Choos, and a matchy silver clutch. Is she styling herself again or something? Who puts dark, bulky tweed – and white buttons, Jesus Christ – with silver glitter heels? Between her posture, the kindergarten-teacher-at-a-funeral gear and the fresh blowout, this look is a mess. I haven’t checked the British outlets, but I’m sure they’re all falling all over themselves to praise “glamour girl” Kate and her terrific, perfect, keen look.

This evening The Duke and Duchess of Cambridge attended a special performance of @DearEvanHansen, in aid of The Royal Foundation.@DEHWestEnd | #DearEvanHansen pic.twitter.com/3rbDQYjK9k 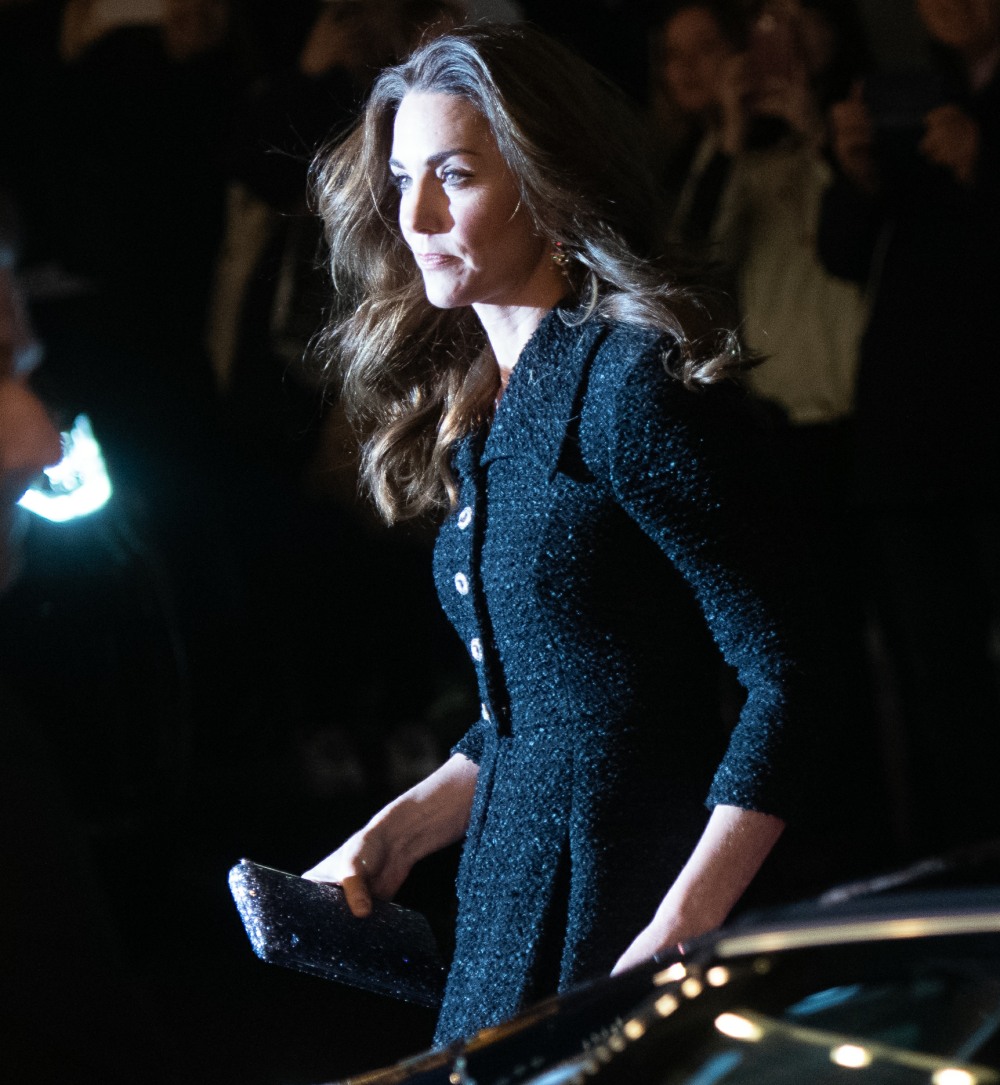 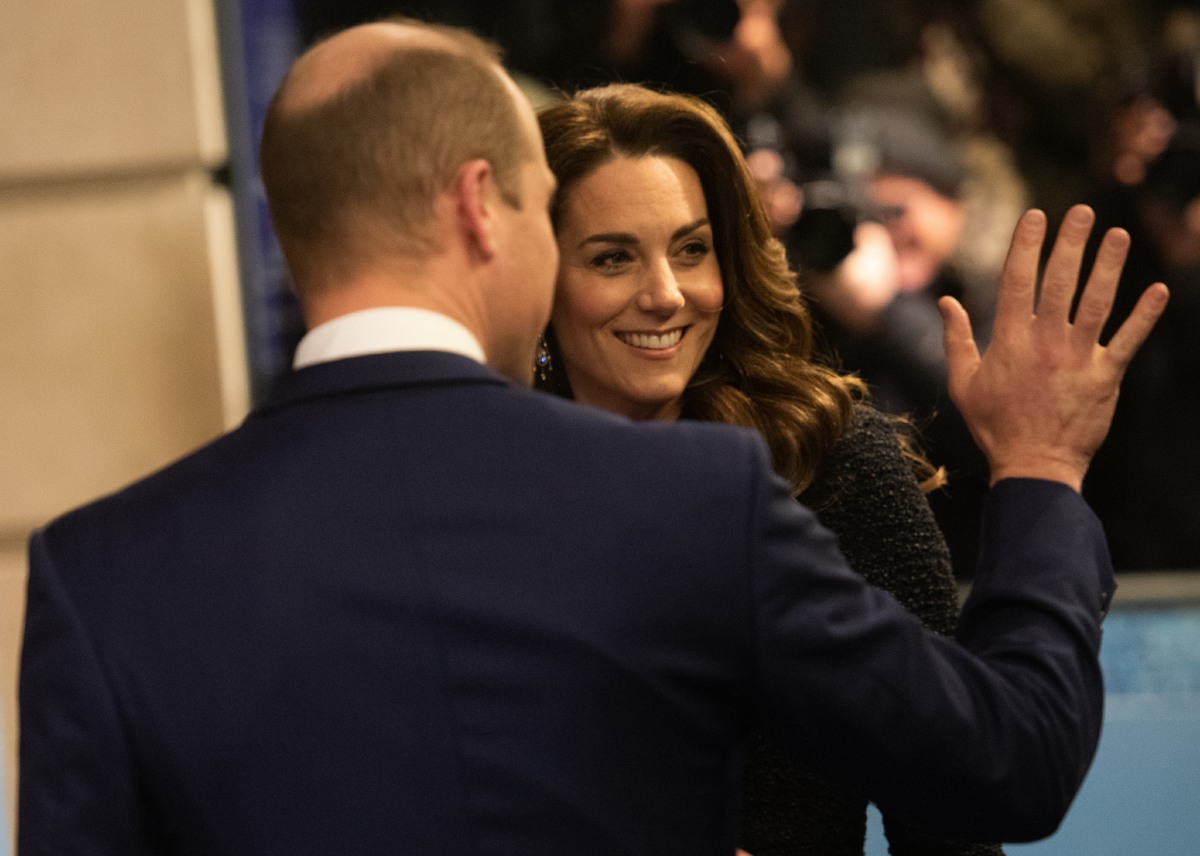 114 Responses to “Duchess Kate in Eponine at ‘Dear Evan Hansen’ in London: funereal or keen?”