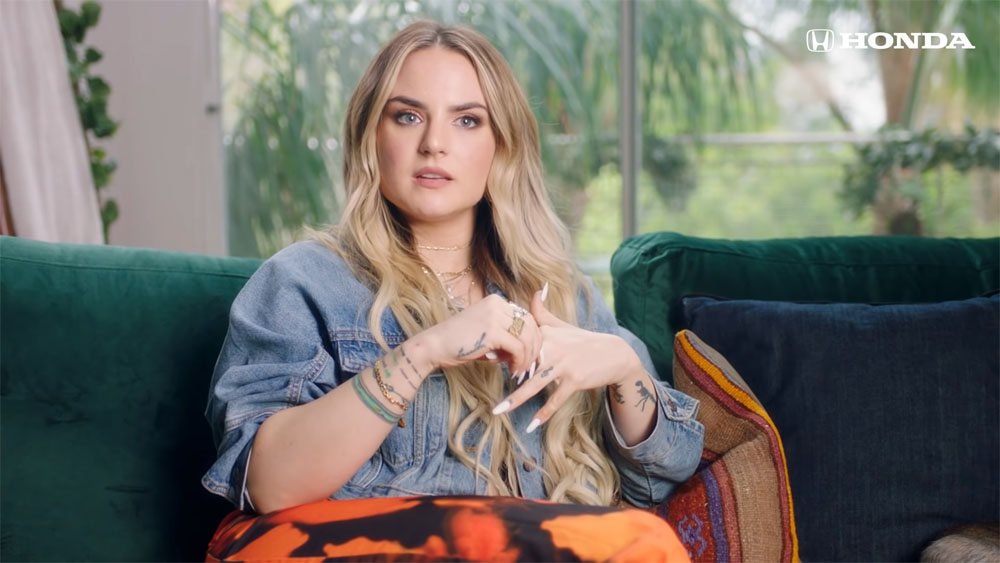 The more I hear about the music industry, the more nefarious and predatory it sounds. I think there’s so much more going on behind the scenes that we’re not hearing about because artists are scared. Look at what has been happening to Kesha, who was legally forced to pay her abuser and has been standing up to him in court for years. The point is to show artists, specifically women, that it’s futile to fight back. JoJo is a music artist who first hit it big with the soulful hit Leave (Get Out) in 2004 when she was just 13. She was the youngest solo artist to have a number one hit, but her career faltered when her label refused to release her new music after her second album. She was being manipulated and controlled by the men running the label, who put her on a 500 calorie a day diet.

JoJo was eventually released from her contract after a legal battle, she signed with Atlantic for a while and now she has her own label and is in a partnership with Warner Music. She has a new interview with Uproxx ahead of her upcoming tour. I was so moved by her story of what she went through. She got emotional at times recounting how bad things were for her. Here’s some of what she said and the video is below.

Her label threatened her acting agent
I started to hear of other artists having very serious problems with Blackground, the label, and then a person who worked there, before they left, said to me ‘you need to abandon ship before it sinks.’ Then when I started doing movies between my first and second albums, people at the label were not happy about not getting a percentage of that. Men were sent to my film and television agent’s office to intimidate him. My agent was like “woah this is not what I signed up for.”

She had to fire her mom and it sounds like she was on her own after that
My mom [who was my manager] outwardly hated the industry, wanted to pull me out from it. I wanted to just work and put out music. So I let go of my mom as my manager because it became unhealthy for her. That was the hardest thing of my life up until that point, [firing my mom]. The most devastating experience of my life. It was horrific, the response. This industry is not meant for people with a sensitive soul.

Her label refused to release her third album
It would appear that I was on hiatus, but I was making albums. I just didn’t understand where the lack of follow through was coming from. We had such success. [The label] had burned a lot of bridges with different distribution companies. I saw people that opened for me coming up in their careers and surpassing me. I really wanted to put something out.

Her label put her on a 500 calorie a day diet
I thought that maybe it was the way that I looked because when I was 18, the president of the label sat me down and told me he wanted me to “look as healthy as possible.” I ended up getting put with a nutritionist that had me on a 500 calorie a day diet. I was on these injections that made you have no appetite. I was like “let me see how skinny I can get. Maybe then they’ll put out an album. Maybe I’m just so disgusting that no one wants to see me in a video.” I am speaking for every woman in this industry. Your image and your weight is up for conversation.

After that JoJo started drinking a lot and getting out of control. She said that seeing her father as an addict helped her kick drugs and alcohol. Her dad died of his addiction in 2015. JoJo worked really hard to get out of her contract, which she signed when she was 12. Even though the label didn’t have an office and wasn’t functioning, lawyers told her the contract was ironclad and there was nothing she could do. She used complicated legal means to eventually get out of it and worked hard to claw her way back. She had to re-record all her original songs in order to release them on streaming services! Those albums did very well on iTunes and she recouped her investment.

I was so impressed by JoJo’s commitment to her music and by all she’s been through. She said “I went from feeling like a disempowered child to feeling like a capable woman.” You can see her music videos on her YouTube channel and here’s her interview with Uproxx. Her dog is adorable and I wish we saw more of him.