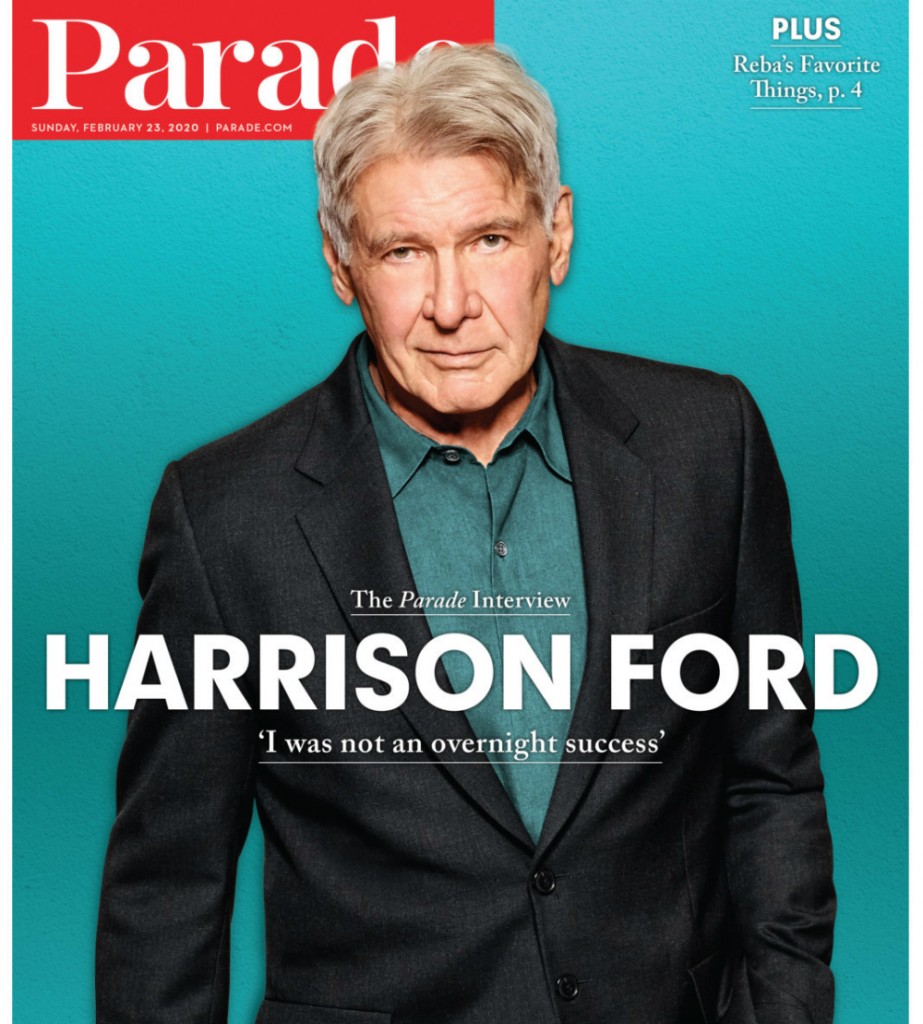 My favorite fusspot is making the rounds! Harrison Ford is out doing promo rounds for Call of the Wild and I couldn’t be happier because I love when Harrison does promo rounds. His latest is an interview in Parade Magazine, for which he got the cover. I can, I kid you not, remember the first time I read a Harrison Ford article in Parade Magazine (Parade and the comics were the only part of the paper I read until my teens). It was soon after Stars Wars exploded and it was where I learned that he had been a carpenter (they had a photo of him standing on a roof that I can still see in my mind’s eye) and that his sons were the same age as me, which is not helpful when one is crushing on an older man. Anyway, Harrison is back in the glossy pages of Parade and he’s just as surly as ever. He discusses being a carpenter (full-circle!), CotW’s environmental message and his secrets to a successful marriage (even if it is, regrettably, not to me).

He Came, He Saw(ed): In Hollywood, he became frustrated early on with bit parts, so he learned carpentry to supplement his income, remodeling houses and building cabinets and furniture. “Everything I built is still standing today,” he says proudly. As his hammer-and-nail business grew, so did his acting résumé—but he vowed to never take another acting job unless the next role was better than the one before. “The last time I packed up my tools to go do a movie, I had no idea I wouldn’t unpack them again,” he says. “And that was [Han Solo in] Star Wars.”

Going ‘Wild.’ In The Call of the Wild (in theaters now): the latest big-screen adaptation of the classic adventure novel by Jack London, he plays John Thornton, a prospector in the Klondike Gold Rush of the 1890s who befriends a formerly abused dog, Buck. Together in untamed Alaska, Jack and Buck find how much they both needed “to slough off [their] domestic experience and feel a part of nature,” says Ford, who adds that the movie’s bigger theme is that “nature doesn’t need people; people need nature.”

That secret to his 10-year-marriage to actress Calista Flockhart: “Don’t talk. Nod your head.”

The return of Indy: Ford won’t reveal any details of the 2021 movie with director Steven Spielberg, except to say he’s looking forward to his standard Indy tasks: running, jumping, falling and rolling around. “They’re hard,” he says of the Indiana Jones movies, “but they’re fun.”

I saw someone on Twitter unhappy with Harrison’s marriage comments. As was probably abundantly clear, I am a Fusspot Ford apologist, so I tend not to get upset about his jokes. I will add the qualifier that I don’t care for the idea of the of the wife as the overbearing shrew who screeches her poor husband into silent submissiveness. That said, given what we know about Harrison, his joke doesn’t even play into that sentiment. If anything, he doesn’t listen to anyone because he’s too stoned to listen and he’s nodding to the voices in his own head. I don’t think he’s the best husband, but I don’t think he’s the worst either. And Calista is sharp, she knew the man she was marrying. At least he was mostly past his mid-life crisis when they got together. For the record, I love the two of them together. I’ve loved all his wives.

Back to his carpenter days, because a 30-year-old Harrison Ford working on my roof still fuels my fantasies. Forgive me if I am repeating myself, but did we all know he was Joan Didion’s carpenter? Griffin Dunne (actor and Joan’s nephew) interviewed him on camera for his Joan documentary The Center Will Not Hold. Joan and husband John Dunne would invite Harrison to stay for dinner after he’d finished working and Harrison said he felt dwarfed by the intellectual conversation they would have with their famous friends. Good lord, talk about fantasies! Whereas Joan might appreciate Harrison taking on Call of the Wild, I doubt she’ll buy advance tickets to the next Indy film, whenever that gets made. *Sigh* but I probably will. 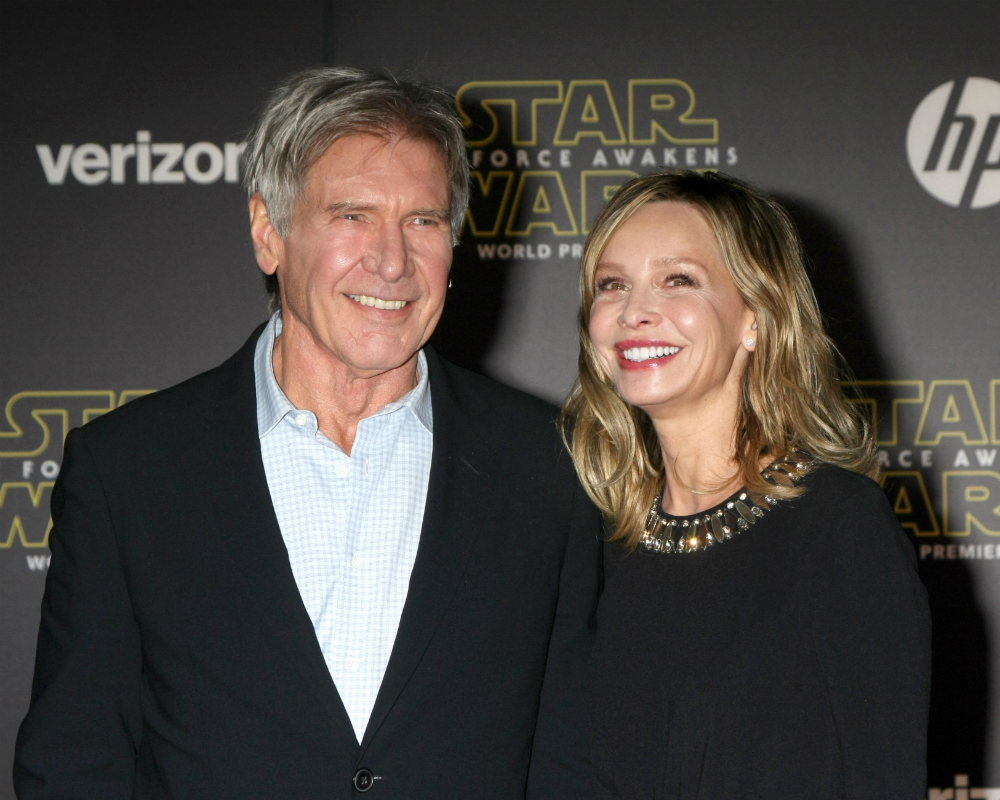 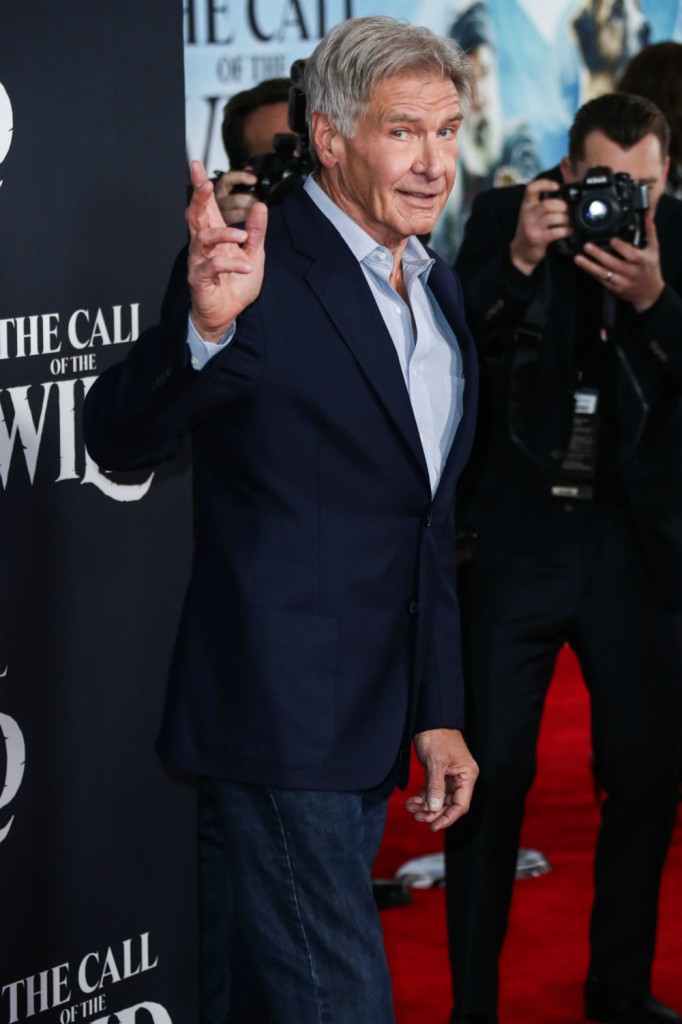 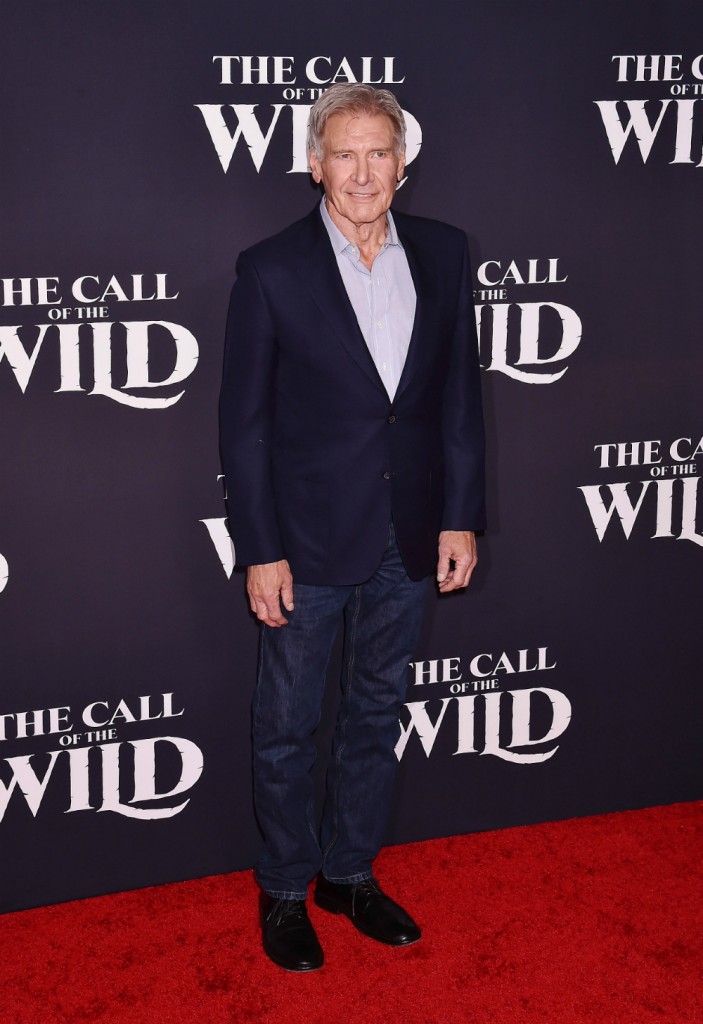