Connor Jessup on why he came out: he fell in love with Miles Heizer 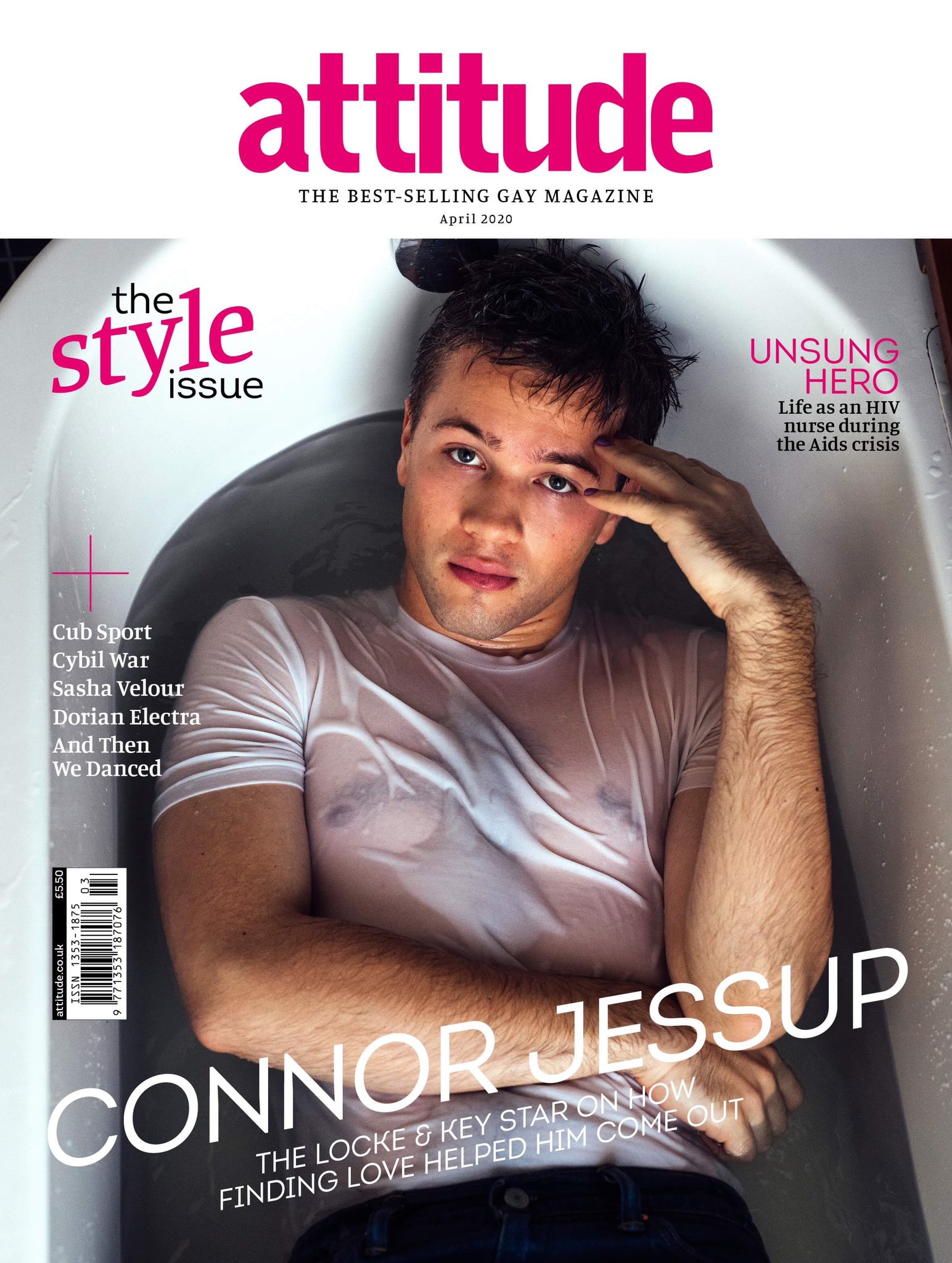 I know a lot of you are going to read the title to this post and go “who” but I just binged Locke and Key on Netflix last weekend and Connor plays the oldest (dreamy) son. He’s great on screen, he has presence. Plus the show is highly entertaining and well worth watching. He got his start on Falling Skies on TNT. Connor is 25 although he plays a teen, and so is Miles Heizer, whom I know from Parenthood and Love, Simon. They’re together, I just found out now and that makes me happy. I love when random actors I like from shows are together. I’m not blowing smoke, hearing about lowkey couples is one of my favorite things. Connor came out last year. In a new interview with Attitude Magazine he said that the fact that he fell in love with Miles was the reason he decided to write a post coming out.

“I’ll spare you the boring story of how we met because it’s truly unexciting, but I will say – not to get sappy – that the other factor that led to me deciding to come out, and I guess maybe one of the sparks at the beginning of the fuse, was that I fell in love”, Connor explains.

“When you’re happy, you want to be happy publicly, and it made me think about the whole construction of my life in a way that I had been avoiding.

“I probably wouldn’t have [come out] if that hadn’t happened.”

“The excuse was always that I was busy working and there was never the time to meet people — that’s all true to an extent, but also I think I was afraid”, he recalls.

“There’s still this phenomenon where you can be out like I was, but in my day-to-day life, I wasn’t doing anything that would make people think I was gay.

“I wasn’t in a relationship and I wasn’t looking to be because I was ignoring that part of me. I put myself on pause for a while.”

“So, I had relationships, but nothing like the one I’m in right now.

“This is my first time being in love.”

This is a really sweet story. I also found it educational the way he explained the difference between being out but not necessarily being open about it in your daily life. That must be something many gay young people struggle with. I found Connor’s coming out post from last summer and it’s so deep! It really moved me. That’s below and I highly recommend you read it. I’ll be watching for him.

I knew I was gay when I was thirteen, but I hid it for years. I folded it and slipped it under the rest of my emotional clutter. Not worth the hassle. No one will care anyway. If I can just keep making it smaller, smaller, smaller…. My shame took the form of a shrug, but it was shame. I’m a white, cis man from an upper-middle class liberal family. Acceptance was never a question. But still, suspended in all this privilege, I balked. It took me years. It’s ongoing. I’m saying this now because I have conspicuously not said it before. I’ve been out for years in my private life, but never quite publicly. I’ve played that tedious game. Most painfully, I’ve talked about the gay characters I’ve played from a neutral, almost anthropological distance, as if they were separate from me. These evasions are bizarre and embarrassing to me now, but at the time they were natural. Discretion was default, and it seemed benign. It would be presumptuous to assume anyone would care, yeah? And anyway, why should I have to say anything? What right do strangers have to the intimate details of my life? These and other background whispers––new, softer forms of the same voices from when I was thirteen, fourteen, fifteen…. Shame can come heavy and loud, but it can come quiet too; it can take cover behind comfort and convenience. But it’s always violent. For me, this discretion has become airless. I don’t want to censor––consciously or not––the ways I talk, sit, laugh, or dress, the stories I tell, the jokes I make, my points of reference and connection. I don’t want to be complicit, even peripherally, in the idea that being gay is a problem to be solved or hushed. I’m grateful to be gay. Queerness is a solution. It’s a promise against cliche and solipsism and blandness; it’s a tilted head and an open window. I value more everyday the people, movies, books, and music that open me to it. If you’re gay, bi, trans, two-spirit or questioning, if you’re confused, if you’re in pain or you feel you’re alone, if you aren’t or you don’t: You make the world more surprising and bearable. To all the queers, deviants, misfits, and lovers in my life: I love you. I love you. Happy Pride!

18 Responses to “Connor Jessup on why he came out: he fell in love with Miles Heizer”