Ben Affleck: ‘I don’t know all the answers. I’m only an expert in my own failings’ 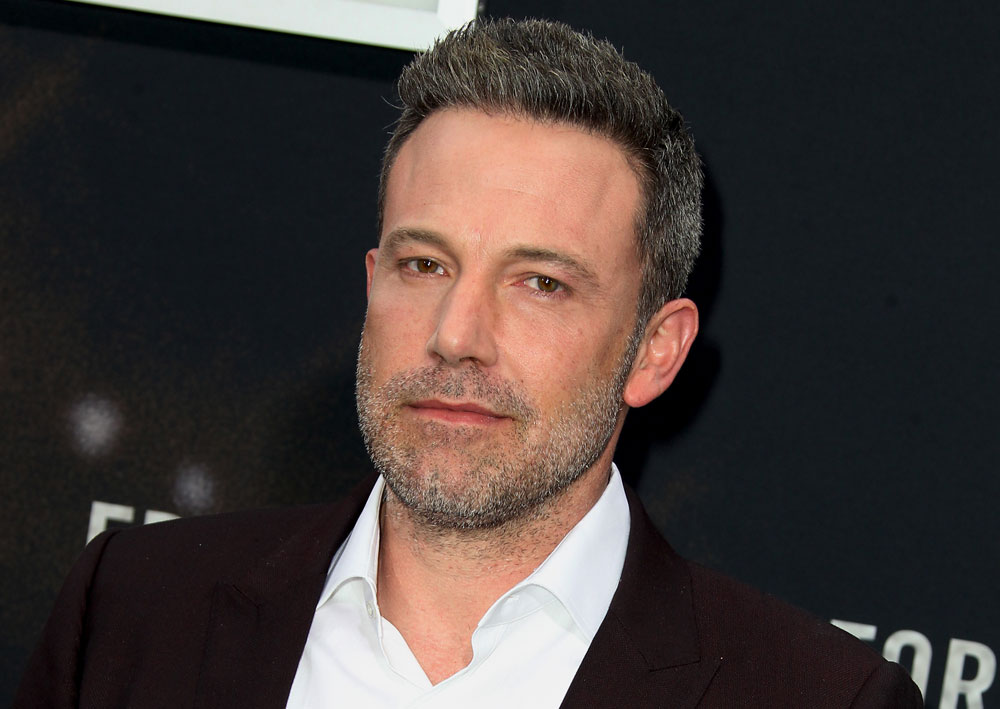 Ben Affleck keeps doing interviews where he’s saying the same thing in slightly different ways. It reminds me of all the “sourced” articles that came out surrounding his split and divorce with Jennifer Garner. This is Ben’s media strategy of blanketing the press with specific talking points. Since we last covered him he’s had interviews with Parade and the Associated Press released and he also told People about a charity he supports. I get it, he’s trying to control the narrative, but all this repetition comes across as quite controlling, for lack of a better word. I think that term describes Ben well.

In his interview with the Associated Press there were a couple of new-ish quotes. One was obliquely referring to the fact that he self sabotages. He also talked about his relapse and how that happened.

“I don’t know all the answers. I’m only an expert in my own failings,” Affleck says. “But the more expert you become in your own failings, interestingly, the less likely you are to repeat them, I’ve found.

“You notice how you never succeed and all your wildest dreams come true and you go: ‘I got to change something!’ It’s when you hit a stumbling block that you say: ‘OK, let’s be really honest.’”

“The times that I’ve relapsed, personally, have been not been because I’ve had some bad thing happen. It’s been when I thought I had it licked,” Affleck says. “I’m fixed! I’ve been fine! It’s been a year and a half, who cares! I can have a glass of wine! And the next thing, you’re on TMZ and it’s a disaster. That teaches me that it’s just not something I can do.”

Read how he phrased that part in the middle about success. “You notice how you never succeed and all your wildest dreams come true and you go: ‘I got to change something!” It’s like he’s saying that nothing is ever enough for him. Having his wildest dreams come true isn’t his definition of success. There’s always this hole he’s trying to fill. At least he’s aware of it now.

As for his new movie, The Way Back, I think it will do moderately well at the box office. It won’t matter as much because it’s not a big budget film. This is his redemption film and a way to kickstart his return. He also has Deep Water, with Ana de Armas, coming out in November. I wonder what his talking points will be in the fall.

These are photos from The Way Back premiere, with Ben’s costar Janina Gavankar. She looks lovely although that seems like too much of a dress for a movie premiere. I know she’s in a lot of things, but I’ll always remember her from True Blood, I love that show. Also Ben looks better clean shaven I think. This scruff isn’t doing him any favors. 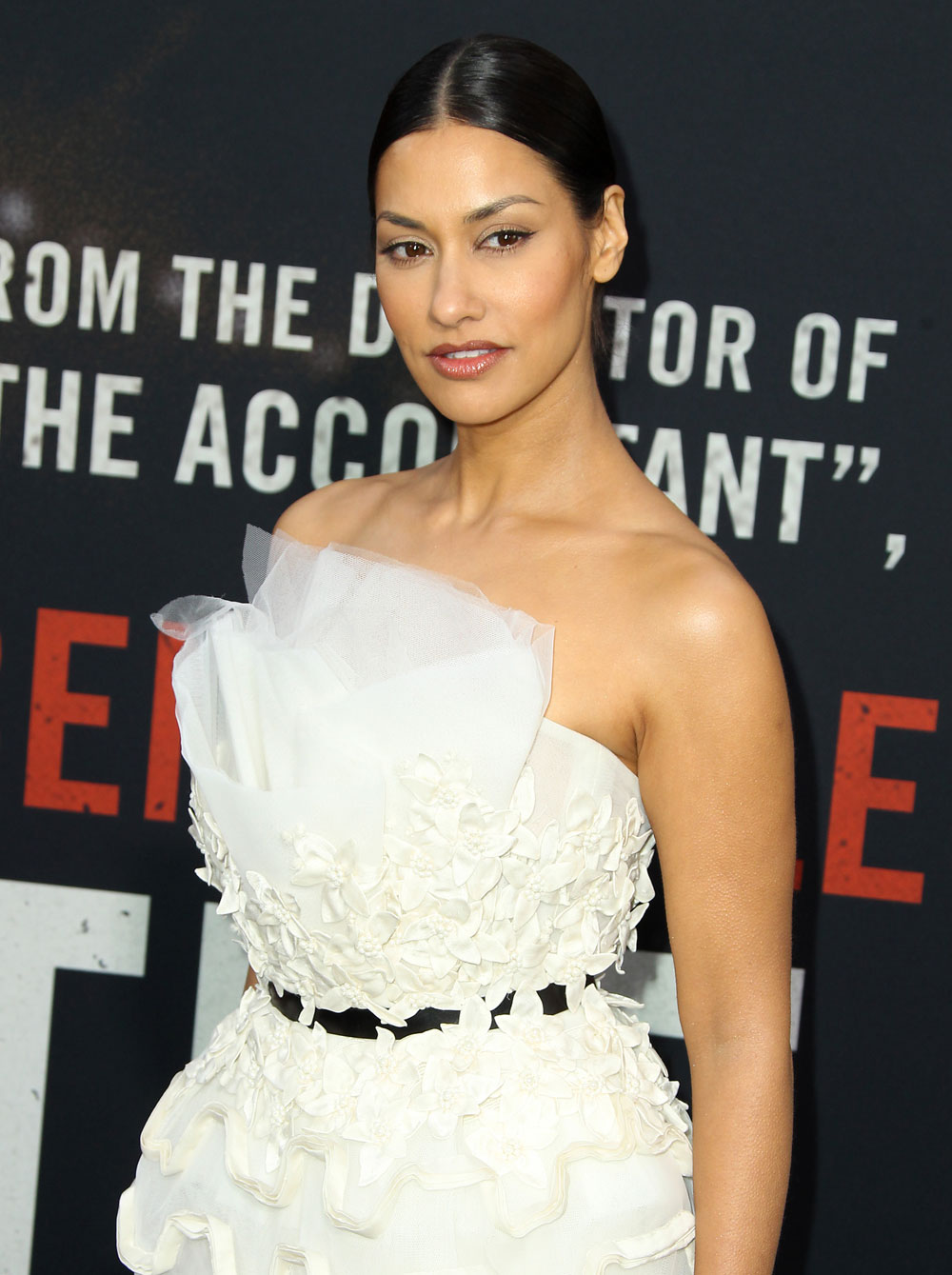 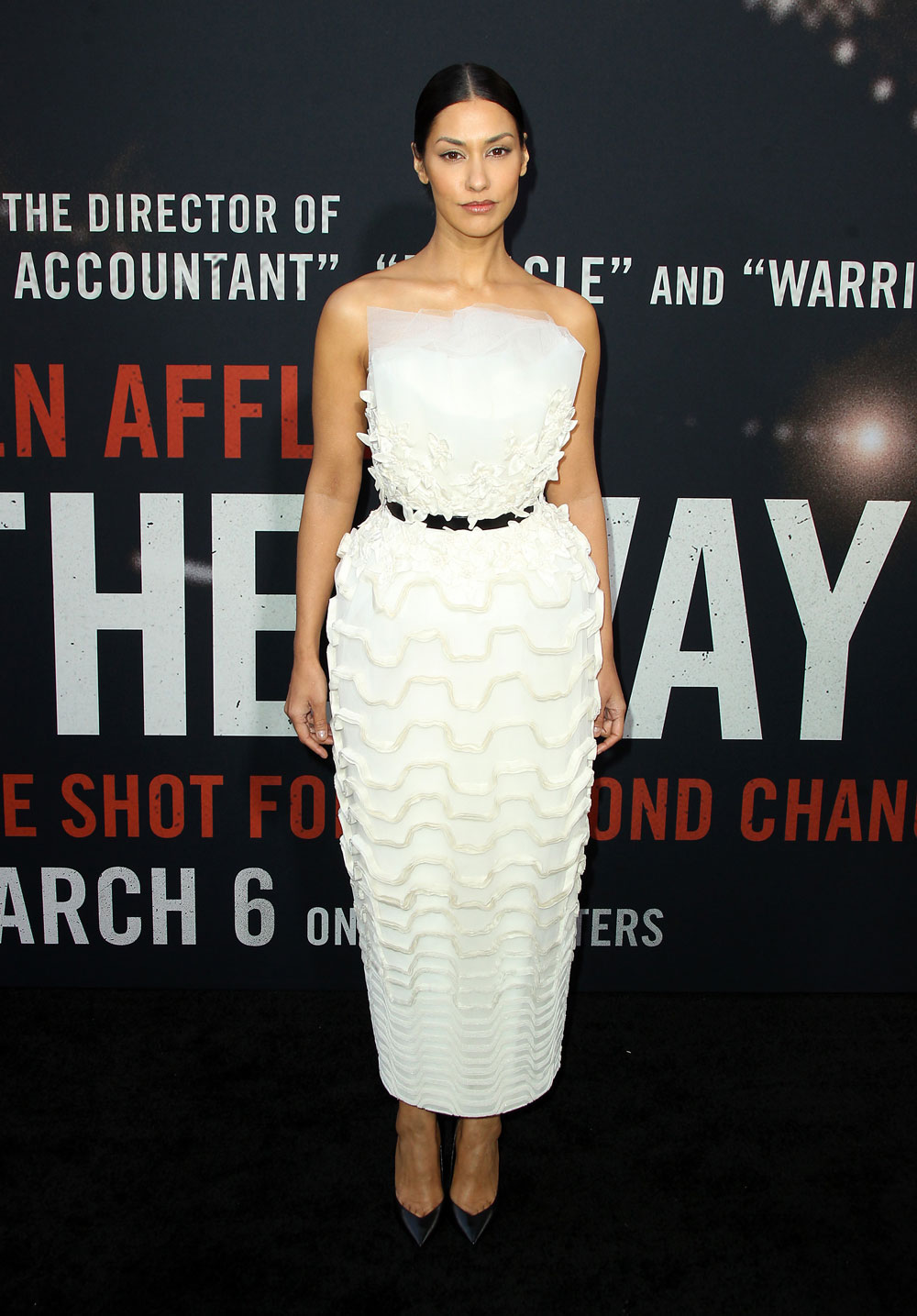 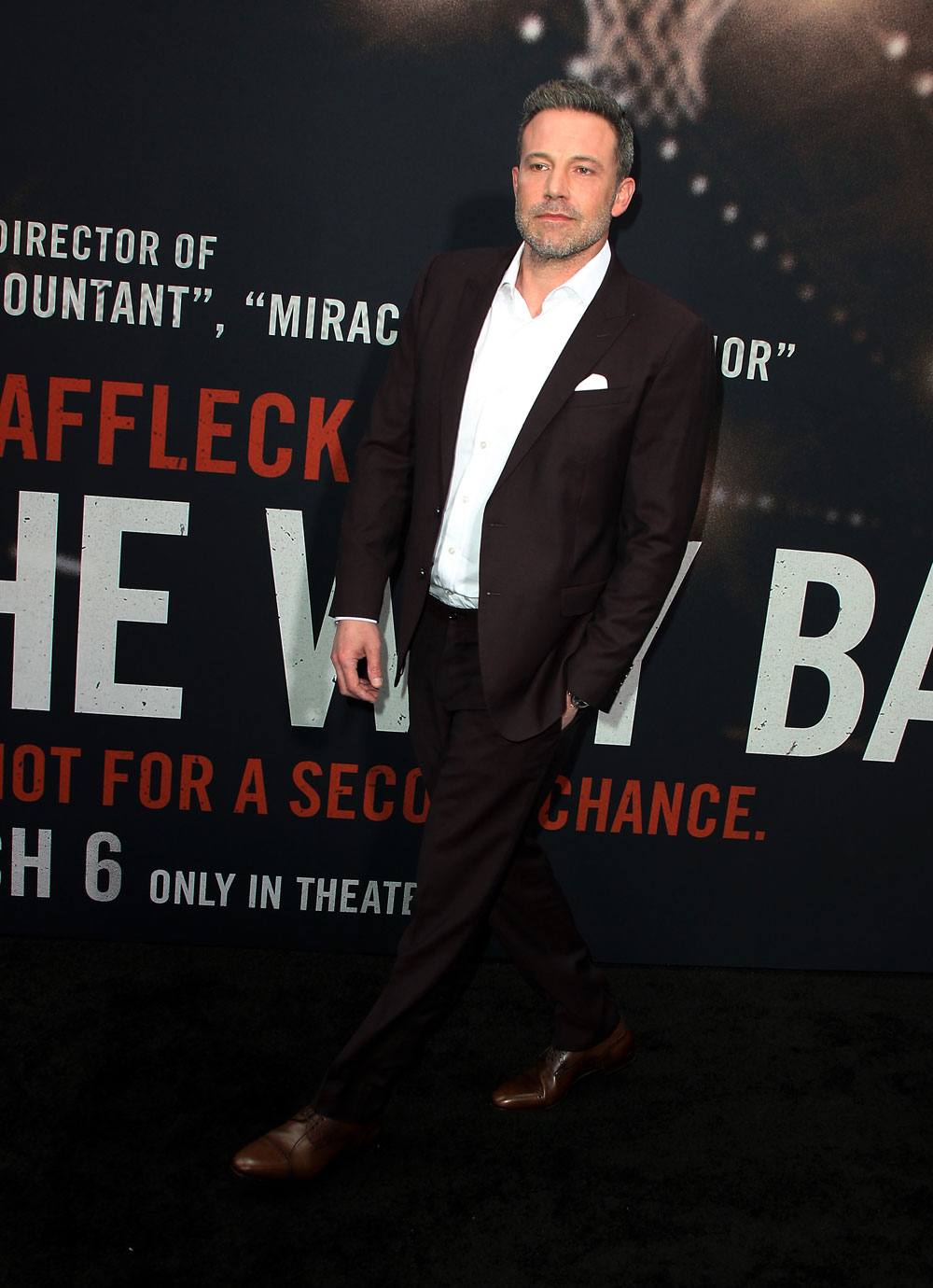 16 Responses to “Ben Affleck: ‘I don’t know all the answers. I’m only an expert in my own failings’”