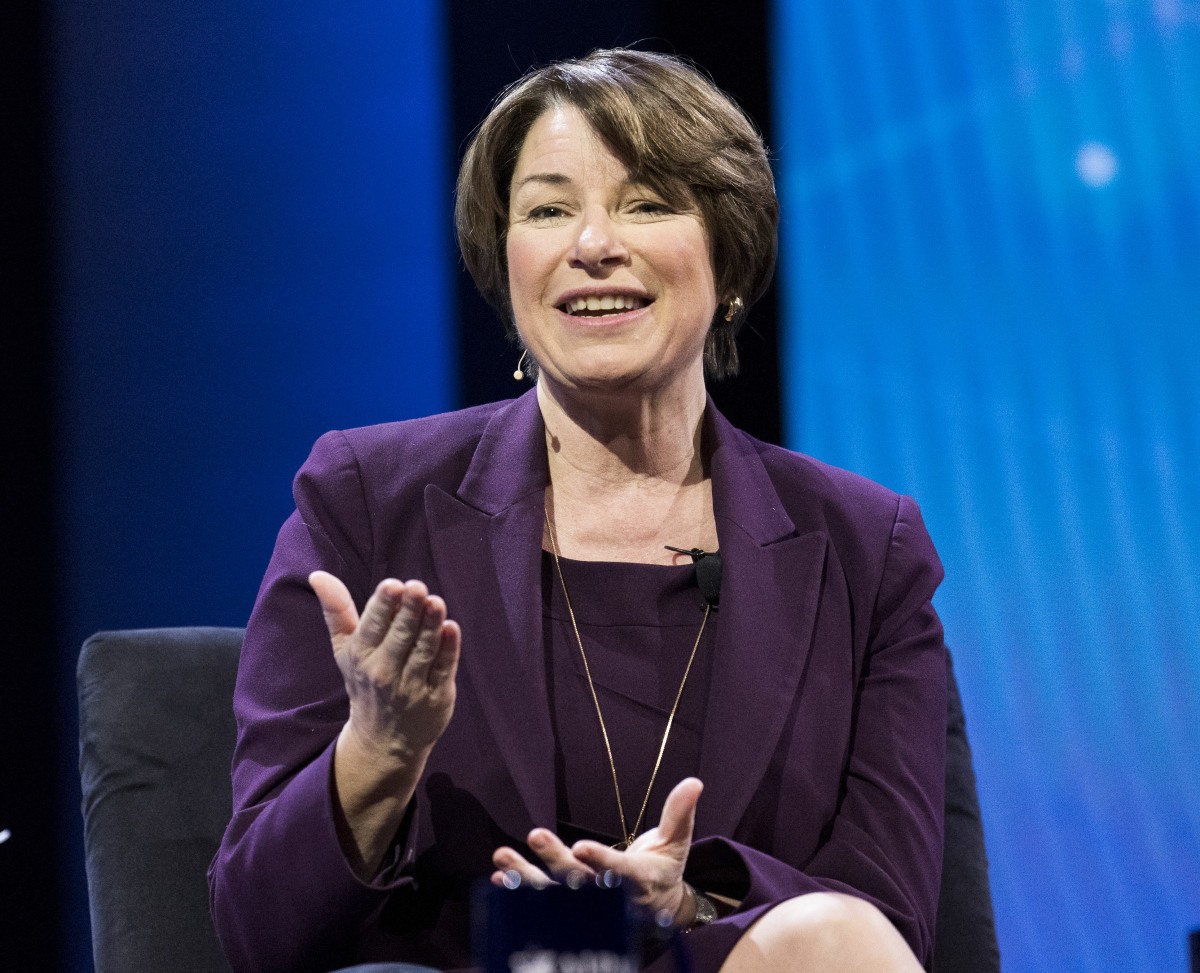 Surprisingly, Amy Klobuchar decided to drop out of the Democratic primary just about 15 hours before people began voting during Super Tuesday. It is absolutely bonkers to me that Pete Buttigieg and Sen. Klobuchar both dropped out in the small space of time in between South Carolina and Super Tuesday. What’s not surprising is that Klobuchar waited until Buttigieg dropped out before she announced – there was some lowkey midwestern hostility between Amy and Pete, and many are calling Amy’s withdrawal deliciously petty in that regard, that she wanted to make it clear that she “outlasted” Mayor Pete. Anyway, Klobuchar is throwing her support behind Biden. Ugh.

Senator Amy Klobuchar of Minnesota, who entered the Democratic presidential race with an appeal to moderate voters and offered herself as a candidate who could win in Midwestern swing states, has decided to quit the race and endorse a rival, former Vice President Joseph R. Biden Jr., according to a person close to Ms. Klobuchar.

Ms. Klobuchar will appear with Mr. Biden at his rally in Dallas Monday night. The decision comes one day after former Mayor Pete Buttigieg of South Bend, Ind., departed the race, and after weeks of Democratic Party hand-wringing about a crowded field of moderate candidates splitting a finite field of centrist votes, allowing Senator Bernie Sanders of Vermont to march forward unopposed among progressives and amass delegates.

Former Senator Harry Reid has also endorsed Biden now, and Reid called his old friend Biden “the candidate who can beat Donald Trump.” I… am not so sure about that. But if Biden is the nominee, I will vote for him. Meanwhile, people are still erasing Elizabeth Warren from the primary narrative and Bernie Bros are still flooding her social media, and trying to “order” her to step aside and (obviously) throw her support behind Sanders. If and when Bernie Sanders goes down in flames yet again, I want all of those bros to know it was because of them. #ChooseWarren was trending for a reason. She’s literally the best candidate, but she’s been erased and undervalued and underestimated.

Also: Mayor Pete and Beto O’Rourke also endorsed Biden yesterday. They all did an event together last night.

Amy Klobuchar sticking in the race just long enough to technically outlast Mayor Pete is the definition of midwestern passive-aggressiveness.