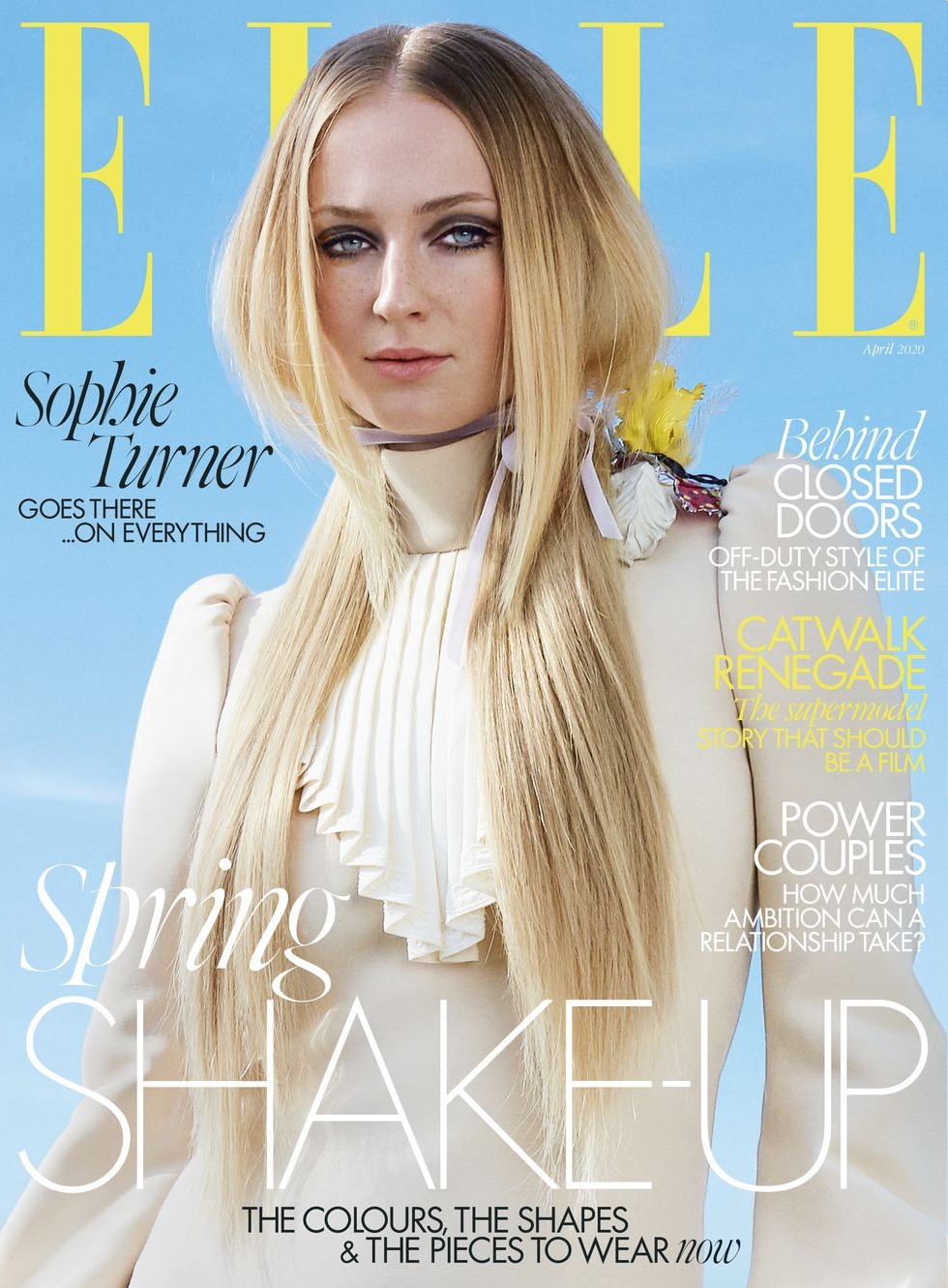 Sophie Turner covers the latest issues of Elle and British Elle. The photoshoot and interview were conducted in California, and the interview is the same in both publications. I learned her legal name for the first time! Since marrying Joe Jonas, she is Sophie Belinda Jonas. Wow. She really does not look like a Sophie Belinda. I actually learned a lot of new stuff in this cover story, but she doesn’t talk about her pregnancy at all (the profile mentions that there are “rumors” of a pregnancy though). You can read the full piece here. Some highlights

She likes being sweary and mean: ‘Because English people are perhaps a little more OK than Americans with being sarcastic and rude to each other’.

Sophie had a twin who died before birth. ‘My therapist has come to this conclusion [that’s why] I constantly have to twin with people.’

She was set up with Joe Jonas & she thought he would suck: ‘I was living with friends in Camden, in a really rough flat – people were always climbing in and out of the windows. When I told my friends, they were like, “Yes! Joe Jonas! That’s hilarious. You have to do it. And you have to text us everything he says. I expected him to show up with security and everything. I thought he would be such a d*ck. I took all my guy friends with me to meet him, because in the back of my mind I was worried he could be a catfish, or… I don’t know what. I just wanted my guy friends with me. I had my rugby boys. I was safe.’

Their first date was in a bar in Camden. ‘It was just this local sh*tty bar. It’s kind of the worst, but it’s also kind of the best – dirty with great music and people throwing up everywhere. It was that kind of place. The best thing was that he didn’t bring security. He brought a friend and they drank just as hard as the rest of us. I remember us two spending only a couple of minutes on the dance floor, and then we found a space in the far corner and we just talked. We talked for hours, and hours, and hours. And I wasn’t bored. It wasn’t contrived, it wasn’t small talk – it was just so easy. Soon, we were inseparable. And then I went on tour with him.’

She thinks she’s punching above her weight: ‘With Joe, I always felt like I was the one who was punching way above my weight. And I still feel like that. He’s so handsome, he’s so talented, he’s so funny, he’s so charismatic. How am I with him? So… I don’t know. I’m really lucky to be with him and have someone like him want to be around me and spend time with me.’

She loves being married: ‘I feel as though the only thing that’s changed for me is having this incredible sense of security. Just the word “husband” and the word “wife” – they solidify the relationship. I love being married. I think it’s wonderful. I’m sure we’ll have our hiccups, but right now the security and the safety are everything.

Her new series: ‘In Survive, my character has been in rehab for an entire year. And I suffer with depression. I suffer with anxiety and eating disorders, too – there’s a good amount of stuff in my family. It felt like I knew so much of that world.’

She also talks about how close she is to her sister-in-law Priyanka Chopra and how Joe and Nick only live ten minutes away from each other, so they see each other all the time. That’s really nice. And she talked about the final season of Game of Thrones, but she didn’t say anything interesting and besides, I’m over that conversation. I really respect Joe Jonas for really winning over a skeptical Sophie, and for making her feel so loved and supported. She really seems so happy with him. I feel sort of bad for thinking they were a terrible couple. 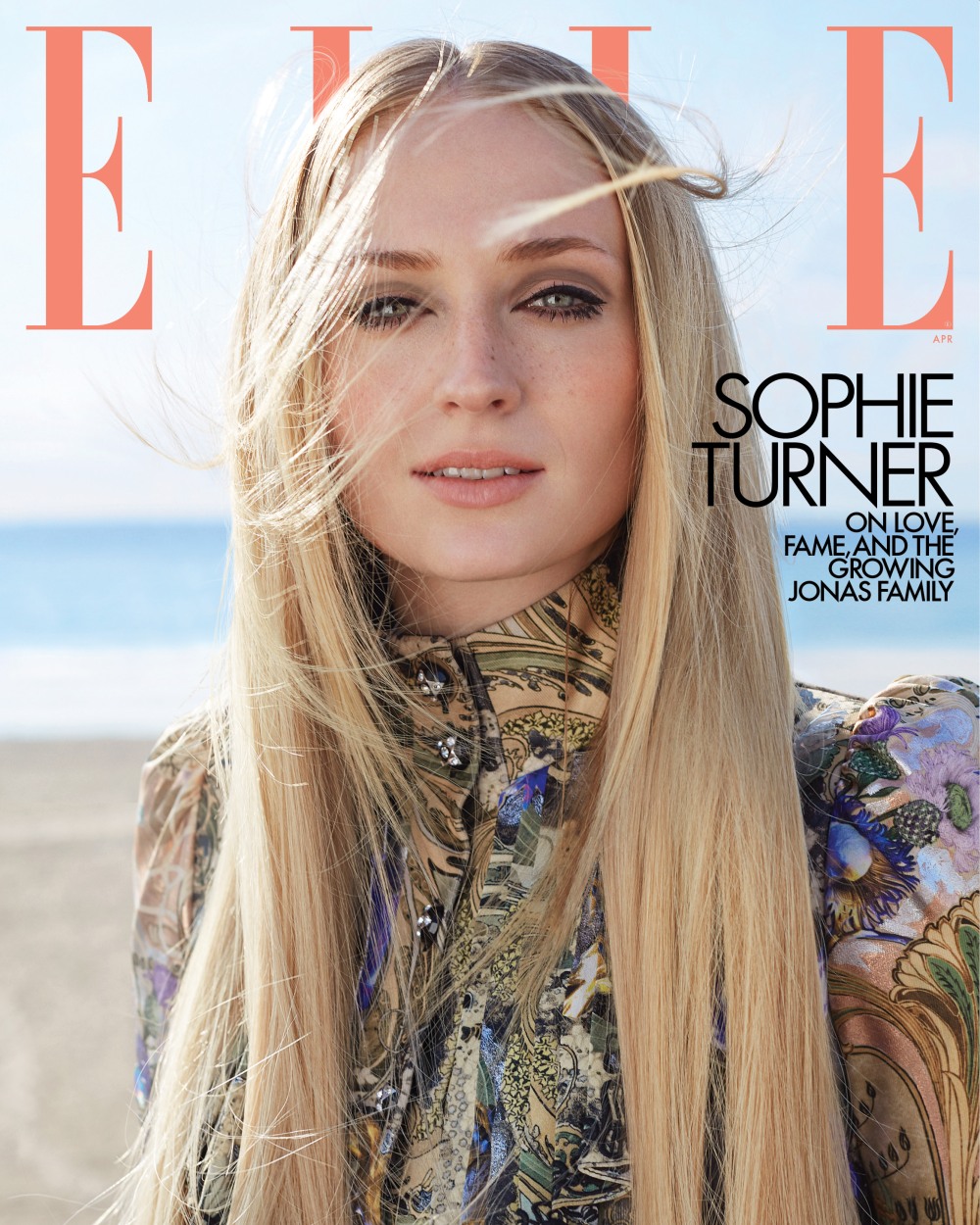