Lady Gaga: ‘You can be in a mansion, but you can still be six feet under in one’ 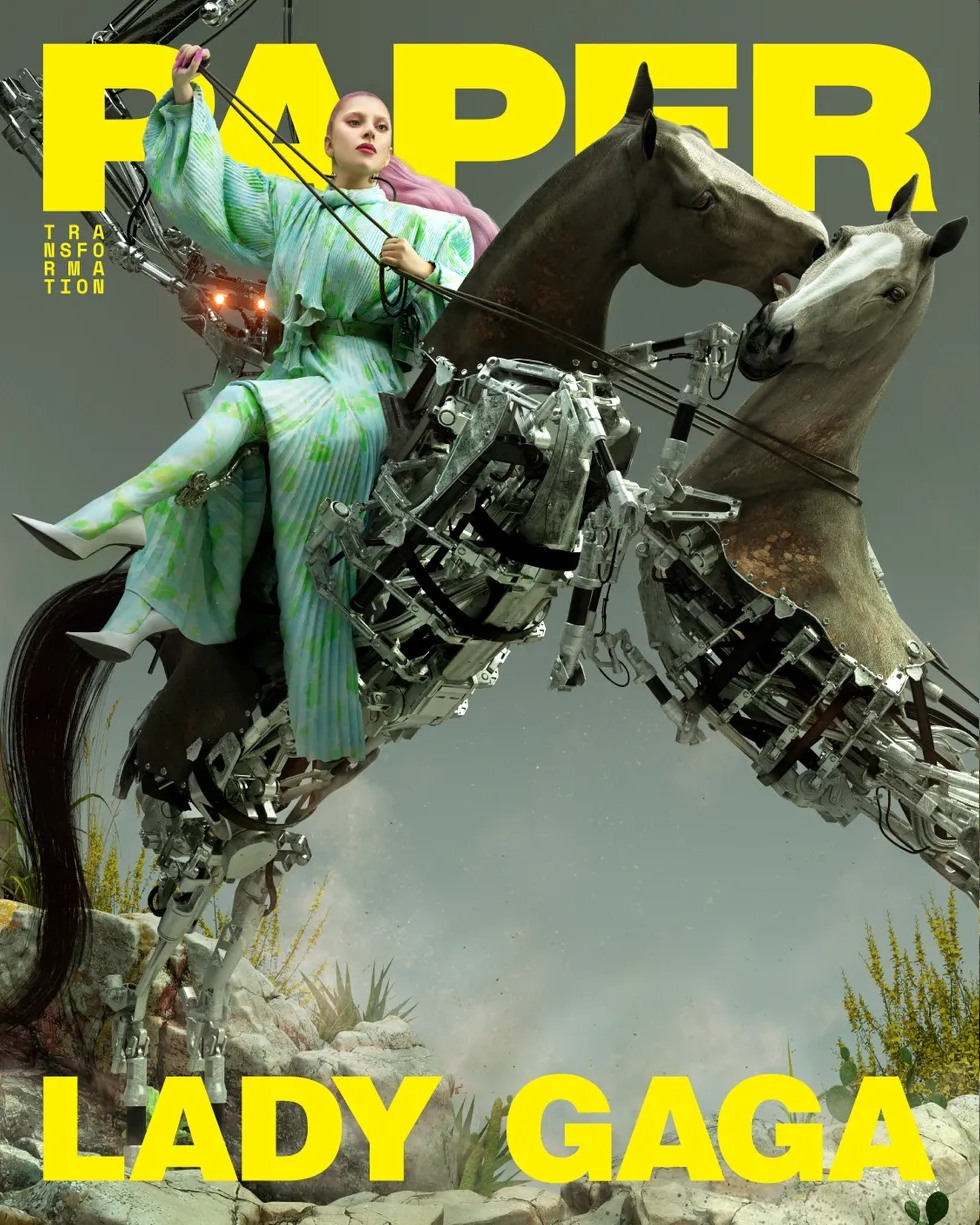 Lady Gaga covers the latest issue of Paper Magazine to promote her album, Chromatica (the release of which has been postponed). We’ve already heard & seen the first song, “Stupid Love,” which sounded very electro-pop. It feels like Chromatica is trying to be a throwback to The Fame/Monster and maybe even ARTPOP. She’s definitely stepping away from the stripped-down sound of Joanne, and the orchestral sound of Cheek to Cheek (with Tony Bennett). I’m basically saying that Gaga’s latest incarnation is actually a vague throwback to where she was a dozen personas ago. Only now she’s adding more futurism and… she talks more about her health and psychological issues. Note: there are two Paper covers, one which shows Gaga’s bare ass and one which does not. Of course I went for the non-assy one. You can read the full Paper Magazine piece here. Some highlights:

Her take on futurism: “I don’t like futurism for the sake of it… A robot puts me above people. Do you think a robot me is better than a human me?”

When hackers released “Stupid Love” in January: She jokes that when hackers typically find her material, they’ll leak their favorite, which validated her decision to make the track open the Chromatica era. “There was a minute where me and my manager, Bobby, were talking, ‘Do we change the single?’ We’d just spent months and months developing this video and choreography. And I said, ‘Nope!’ You know why? Because the song, when it’s mixed, mastered and finished with the visuals, and everything I have to say about it — when all those things come together at once, that will be the art piece I’m making. Not a leak.”

The hard work of filming the “Stupid Love” music video: “I want you to imagine people dancing for eight to 10 hours straight. I watched them work so hard — the blood and sweat. Scrapes from dancing in the desert or getting poked in the eye from a stud that knocked them in the face. They’re breathing in sand, they can’t see. The conditions alone were ridiculous…. I told the dancers before we left for the desert, ‘This might be the hardest thing you’ve ever done, and if it’s not, I did it wrong. But you can do it, and when you look back on this time, you’ll remember how strong you are.’”

On her fibromyalgia: “The debate around fibromyalgia, we could have it for hours. Some people believe in it, some people don’t. Essentially it’s neuropathic pain: My brain gets stressed, my body hurts. [I'm] angry at my body, angry at my condition, angry that when I’m stressed my body hurts.” She describes something called “radical acceptance” as a means for getting her through this dark period, “where you have to ‘radically accept’ that you’re not going to feel well every day, maybe a little bit. Some days are way worse, some days aren’t. But you know what I can do? I can go, ‘Well, my hands work; my arms work; my legs work, even though they are sore; my back works; my brain works; my heart works; I’m taking breaths, my lungs work.’ You can just be grateful for what you can do.”

The idiocy of unwavering happiness: “Give me a break, [happiness is] not that simple. I have clinical depression. There’s something going on in my brain where the dopamine and serotonin are not firing the same way, and I can’t get there. If someone says, ‘Come on, just be happy,’ I’m like, ‘You f–king be happy.’”

She worked with a fellow lady pop star on this album: “I sat with her and we talked about our lives. It’s two women having a conversation about how to keep going and how to be grateful for what you do.” Without being prompted, Gaga raises the inevitable criticism that celebrities face when they say “it’s hard to be famous.” She knows that “75% of the world rolls their eyes,” but Gaga counters: “Yeah, you can be in a mansion, but you can still be six feet under in one.”

She goes on and on about how difficult the shoot was for “Stupid Love” and… I don’t know, I don’t see that in the video? She wanted dancers to kill their bodies for a dumb iPhone video, come on, get some perspective. There’s also a chunk of the interview where she goes on and on about how difficult it was to deal with “the fame” – that was truly her thing before she was even famous, and then back when people were ignoring her and her endless dumb personas, she was still clawing her way back into relevancy and, yes, fame. Don’t get me wrong – I like and respect Gaga. But good lord, she’s a lot. Chromatica is apparently just a dance album full of club bangers. There’s no need for all of *waves one hand towards Paper Magazine* this. 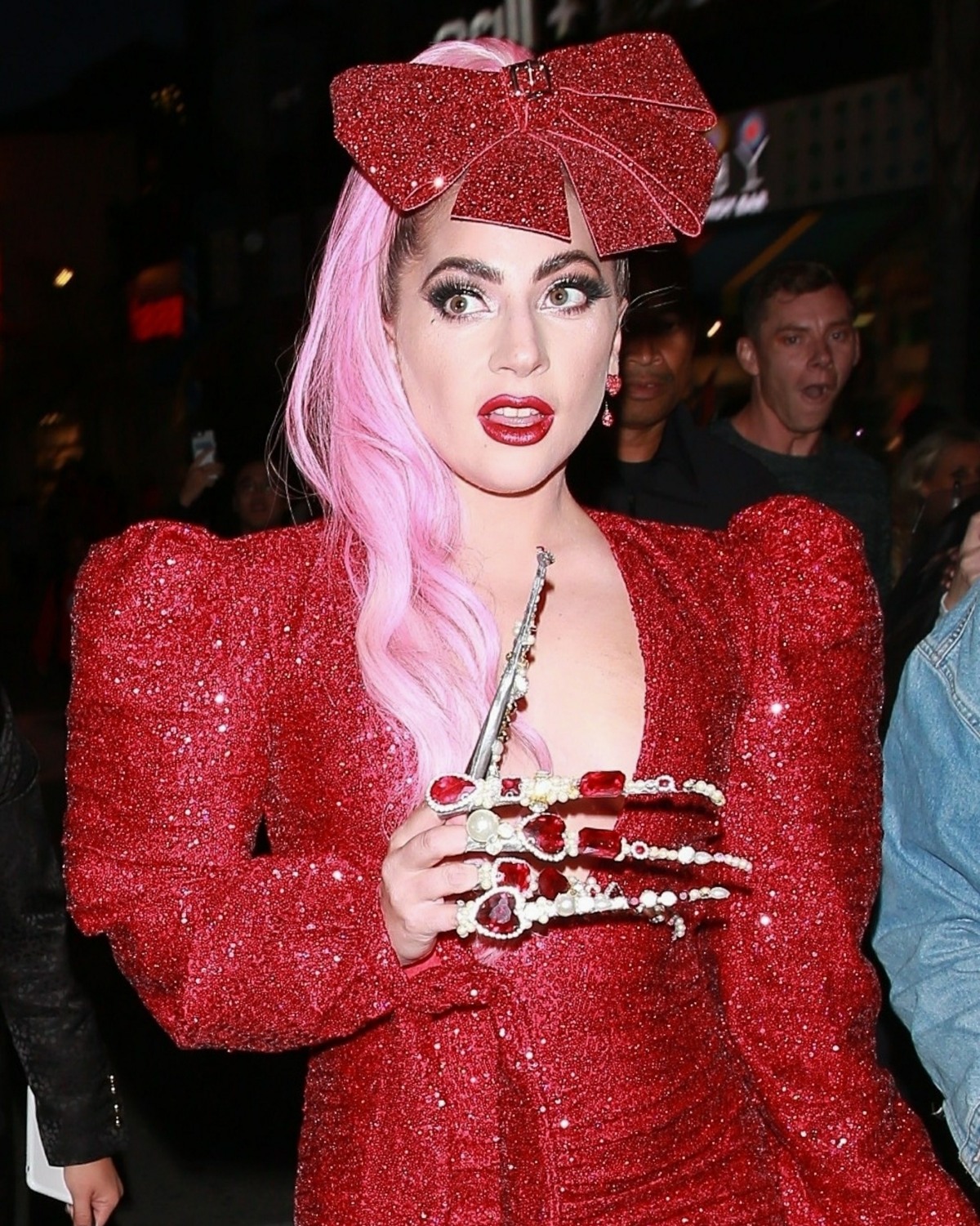 41 Responses to “Lady Gaga: ‘You can be in a mansion, but you can still be six feet under in one’”