Gugu Mbatha-Raw isn’t looking for an Oscar: ‘You can’t have that as your end game’ 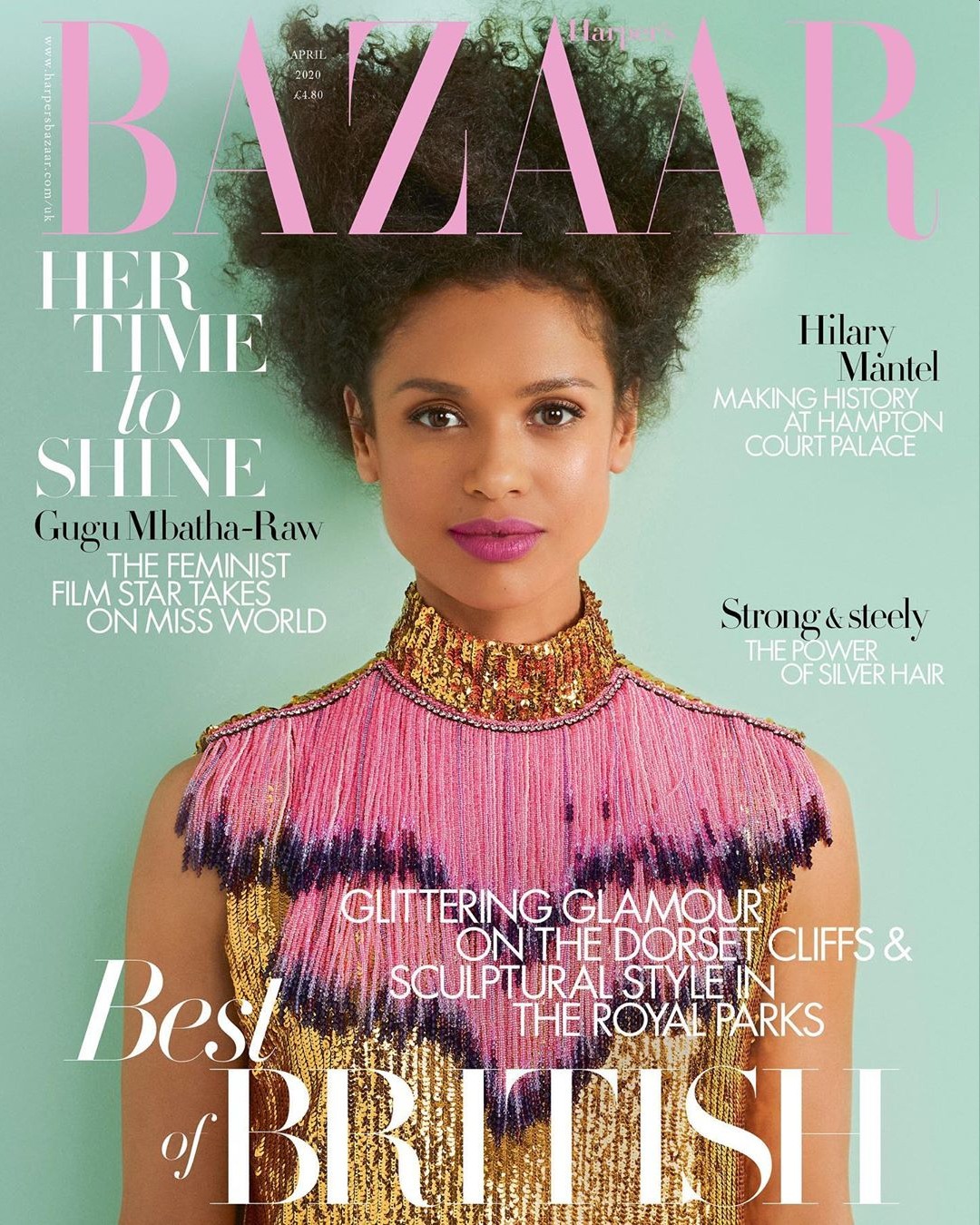 It always feels to me like Gugu Mbatha-Raw should have a “bigger” career. Like, with her talent and beauty, she could have such a huge career in film and television. I never thought about whether she really wants that, though, until I read her cover interview in Harper’s Bazaar UK. While she’s living full-time in LA now – which I didn’t know – she eschews the kind of multi-year contracts with Marvel, and she says she’s not hunting for an Oscar either. Maybe she just truly wants to be in good, interesting projects and she doesn’t care about the size of her career, I don’t know. Anyway, this piece was a nice read – you can read the cover article here. Some highlights:

Her film, Misbehaviour, deals with the feminists protesting the Miss World pageant in London in 1970. “I watched the whole ceremony and it’s shocking, particularly the bit where the women all have to turn round to show their bottoms… It definitely makes you realise quite how far we’ve come.”

She plays Jennifer Hosten, Miss Grenada, who became the first black woman to win the Miss World crown. “I came to [the part] with an air of judgement, of, oh, you know, beauty queens but I’ve become more open-minded as to what that represents. I think it’s very easy now to look back and say, ‘Why would you do that? It’s so superficial.’ What’s interesting is that rebellion can often be a luxury… Optics are so powerful: who gets to be celebrated?”

She usually wears black: “My wardrobe is mostly black because I dress up for a living, and it makes me feel calm and neutral.

Her character in The Morning Show was assaulted: “We all think,’Just say no!’ But actually there is another instinct, which is to freeze, and that’s so primal. Obviously, it’s an abuse of power, but I think how Hannah responds to it is very real….What I love about the script is that you get to see the grey area. It’s not saying: this person’s a saint, this person’s a victim, this person’s a predator, it’s saying that we are all culpable.”

On being mixed-race: “there is always a complexity about identity that you bring. It’s not a riddle that needs to be solved, it’s a duality that’s part of your nature. It’s interesting as an actor because you’re always taking on different identities.”

She doesn’t need an Oscar: “For me, success is freedom and being stimulated and staying curious. I want to be proud of my work, and to feel it’s doing something to help the culture evolve, but also, I want to keep myself interested.” So she eschews contracts that would tie her into multiple films before she’s read a script, and doesn’t even dream of an Academy Award. “You can’t have that as your end game, because what are you going to do the day after the Oscars?”

“What are you going to do the day after the Oscars?”
Post selfies with your Oscar. Sleep in and go to brunch and talk about how crazy it is that you won an Oscar. Call your agent and demand to see all of the scripts in development. Field calls from beauty companies about getting a contract. And on and on. I actually feel like… yeah, I get her point, but also… there’s nothing wrong with having ambition. Why are British people like this?!? Ambition is not a dirty word. There’s nothing wrong with wanting to be recognized by your peers.

Following dazzling turns in Black Mirror and The Morning Show, @GuguMbathaRaw is taking the crown playing the first black Miss World in @MisbehaviourUK, which tells the story of the 1970 pageant protests. Here, she answers common pageant questions…

24 Responses to “Gugu Mbatha-Raw isn’t looking for an Oscar: ‘You can’t have that as your end game’”