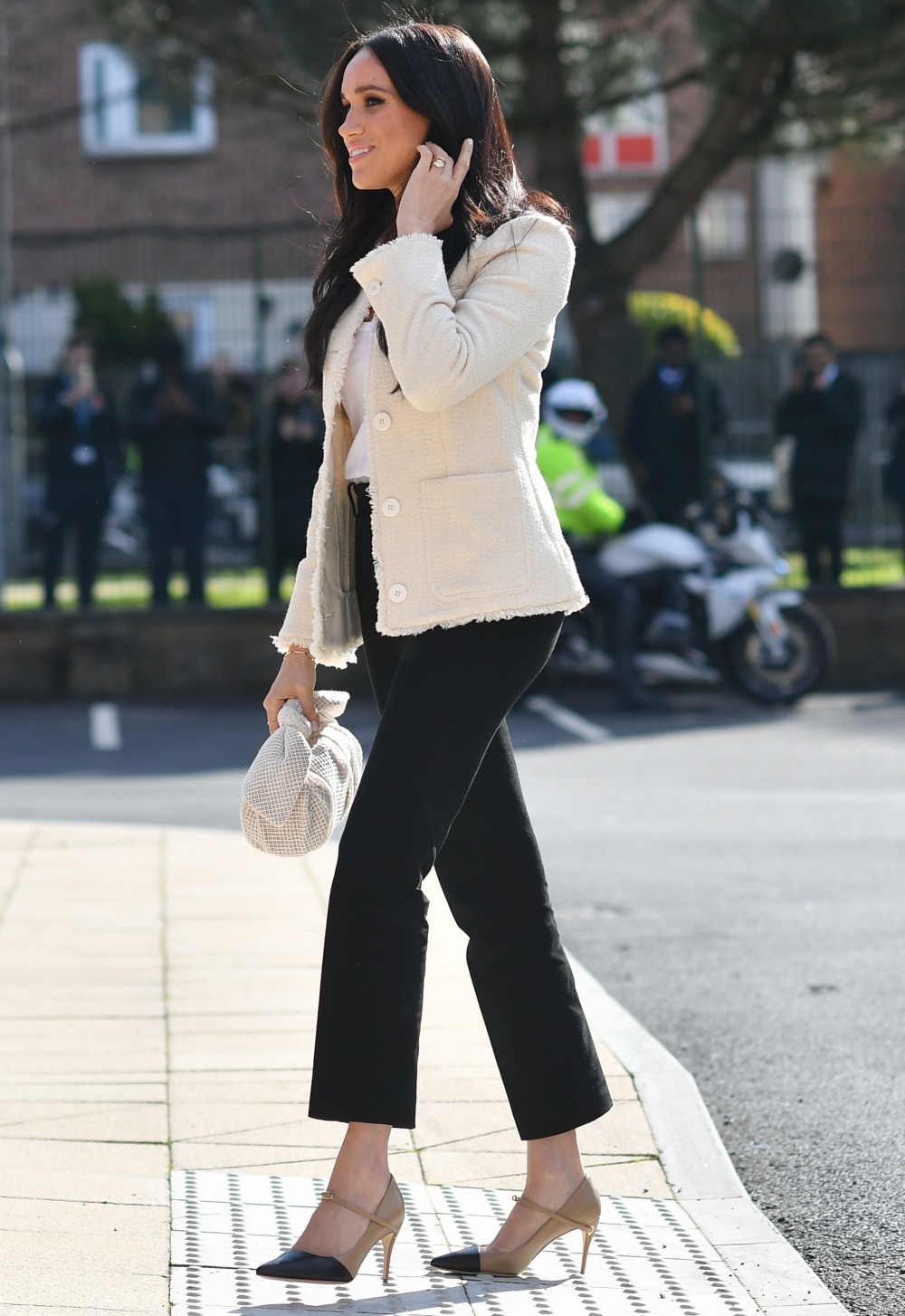 The Duchess of Sussex made a trip to the Robert Clack School in Essex on March 6th, and much of the information was embargoed for a few days for various reasons. The visit was to highlight International Women’s Day, specifically the Each for Equal campaign. Fashion note: her jacket in these photos is Me And Em, shoes are Jennifer Chamandi and her bag is Rejina Pyo. I’m including some photos of Meghan’s visit, plus one of the Instagrams she posted. From the SussexRoyal IG:

50 years ago, women in Britain won the right to equal pay. That monumental moment began with one courageous and inspiring group of women in a factory in Dagenham, England. In 1968, facing a pay settlement that declared them less skilled than men, the sewing machinists of the Ford Motor Company walked out on strike.

In the face of great pressure, they stood firm, and two years later the UK Parliament was forced to pass the Equal Pay Act, protecting and supporting working women ever since.

To mark International Women’s Day, The Duchess of Sussex visited Dagenham to meet with Geraldine Dear, one of the strikers, and spend time with students at the Robert Clack Upper School to meet the town’s next generation of female role models, and talk to young women and men about the women who inspire them.

“Being in Dagenham is incredibly profound. Because as you can see with Geraldine and the other women who had the strength to really stand up for something that they knew needed to be done. This is the best example of no matter how small you might feel, how low you may feel on the ladder or the totem pole, no matter what colour you are, no matter what gender you are, you have a voice, and you certainly have the right to speak up for what is right.” – The Duchess of Sussex

A lifetime advocate and campaigner for gender equity, The Duchess joined a special assembly to celebrate this remarkable local story, as well as recognise the social, economic, cultural and political achievements of all women around the world. #InternationalWomensDay #IWD2020 #EachForEqual

I’m including a video too. Since I don’t pay attention to whatever make-believe storylines the “haters” are trying to push, I’m only vaguely aware that there was some made-up controversy involving one of the young students and a hug. I don’t care. Meghan’s appearance was lovely. 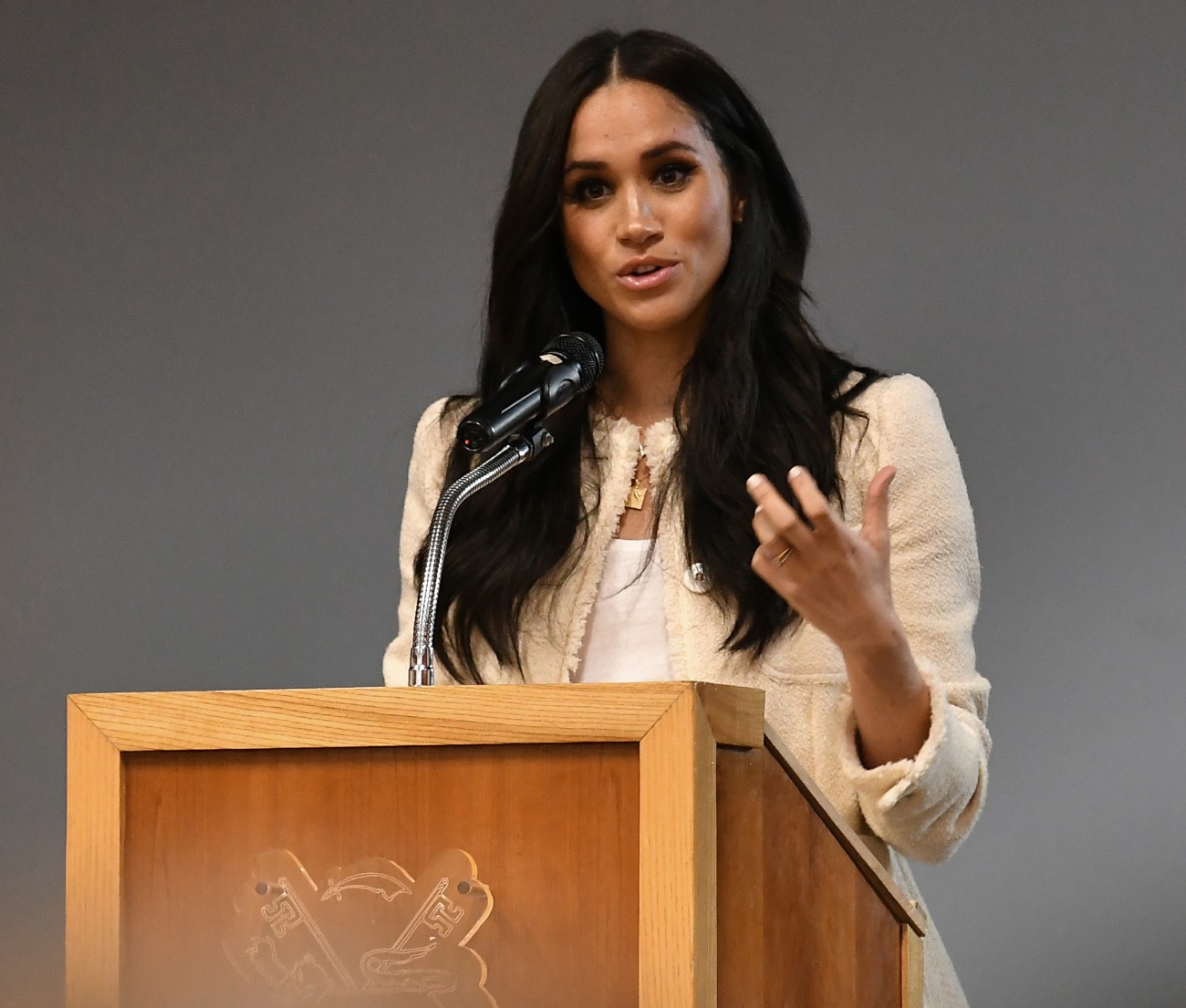 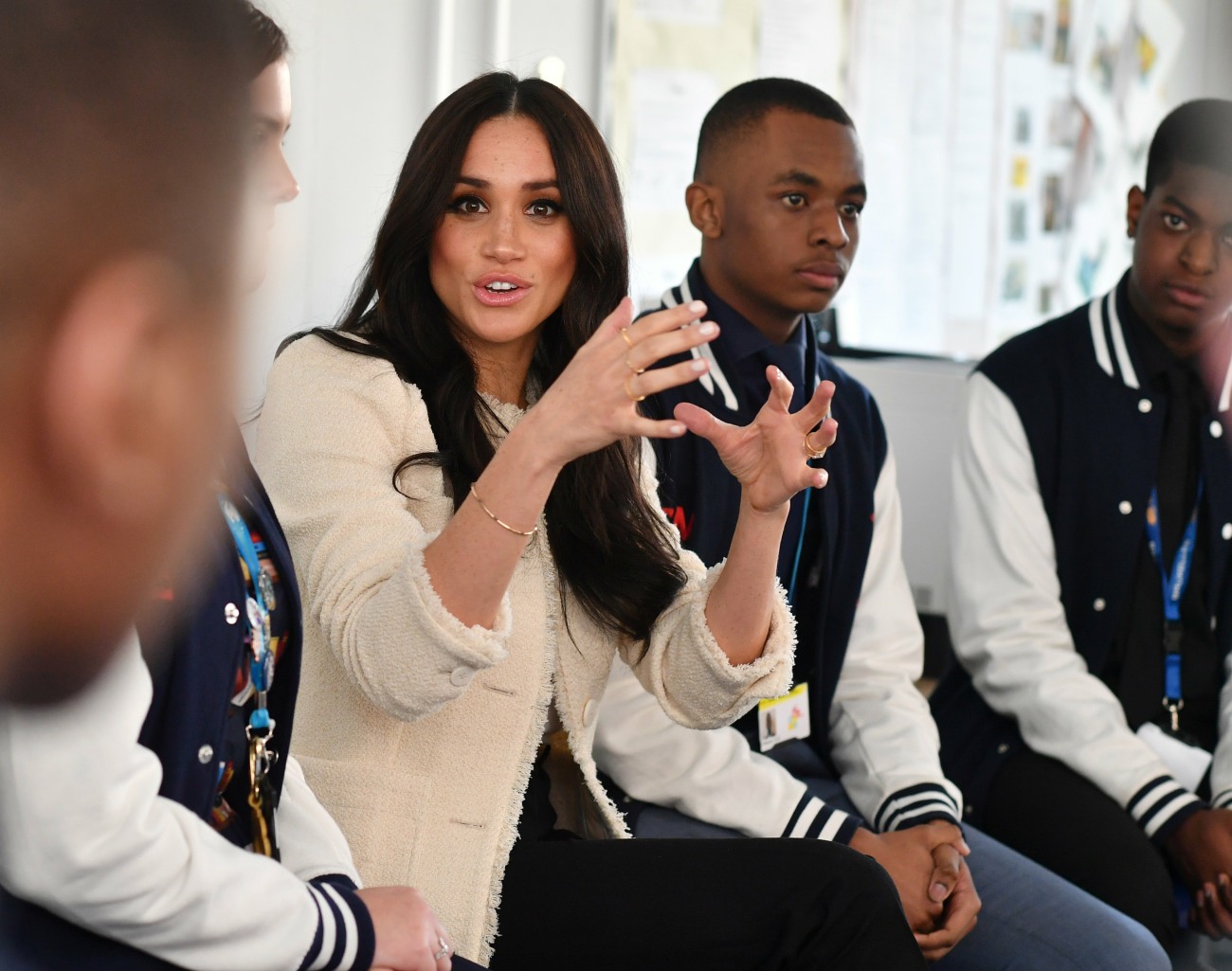