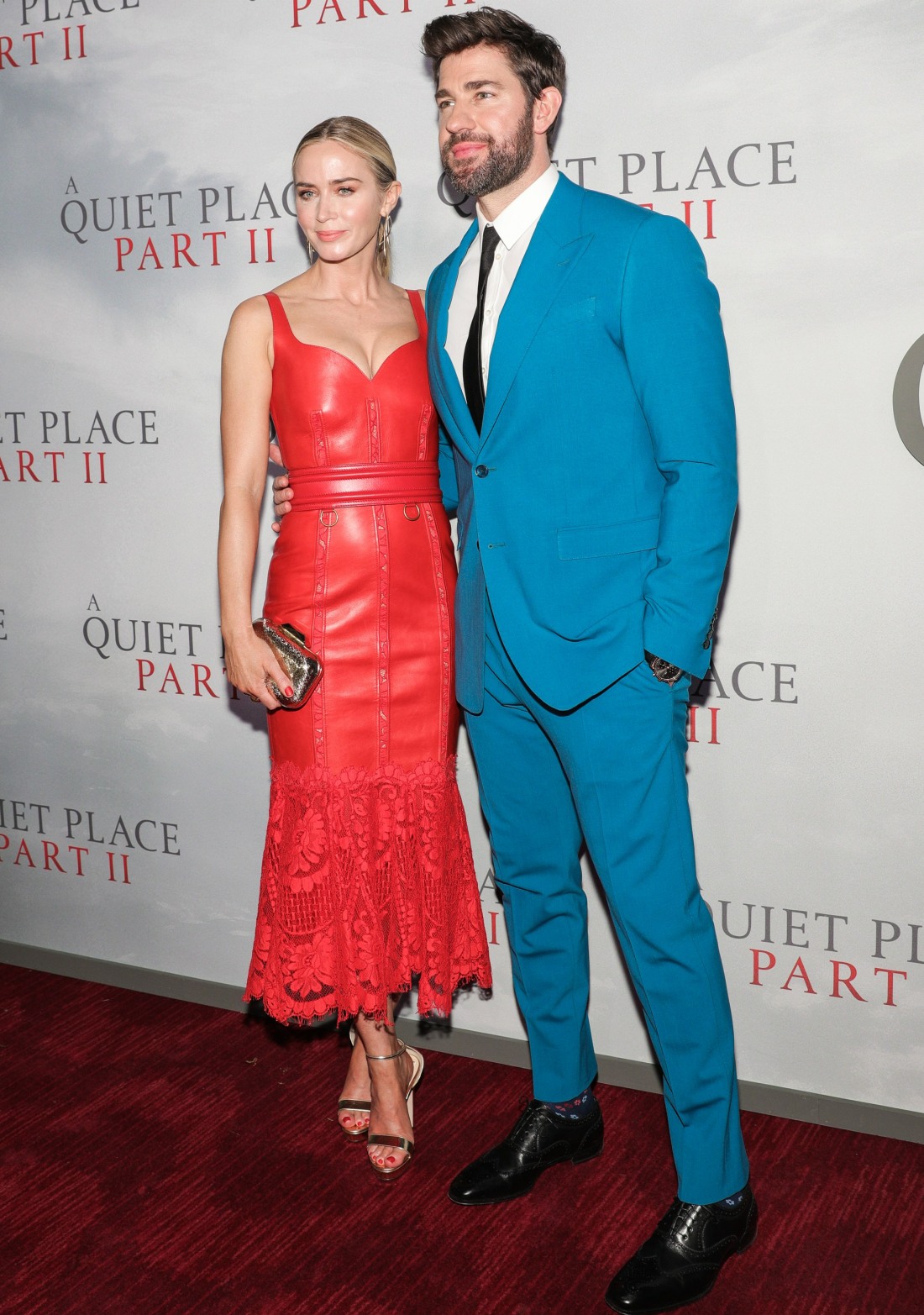 Don’t hate me, but I never saw A Quiet Place. I never saw it because I’m a scaredy cat and it looked… unsettling and like there were a lot of tense jump-scares. And I can’t do those. So I’m happy that John Krasinski and Emily Blunt had so much success while working together, but I really have no frame of reference for the sequel, A Quiet Place II. From the trailers, I thought that the sequel was actually a prequel, and that the story was about how modern life ended and these monsters came around. But basically, what we’re seeing in the trailers are just flashbacks and there’s a real story of what happens after the story of the first film. Djimon Hounsou and Cillian Murphy have joined the cast as well.

Anyway, here are some photos of Emily Blunt and John Krasinski at last night’s New York premiere. This shade of red is certainly going around, isn’t it? It’s a very particular kind of orange-red which I’ve seen a lot over the past few weeks especially. Orange-red is definitely having a moment. Emily’s dress is Alexander McQueen – she wears a lot of British designers, which I’ve always liked about her. This is… okay. It’s not the best thing I’ve seen on her, but it’s a solid look. What bugs me a little bit is that Emily looks more and more “tweaked” every time I see her. I feel like there’s too much Botox happening here, as much as that pains me to say. John looks nice, but his Dolce & Gabbana suit is a bit TOO blue.

John also had some nice words for Emily as an actress, telling ET: “She is without a doubt the most tremendous actress of our time in my opinion.” That’s so nice coming from her husband, but is it true? I think she’s one of the most talented actresses of her generation, for sure. 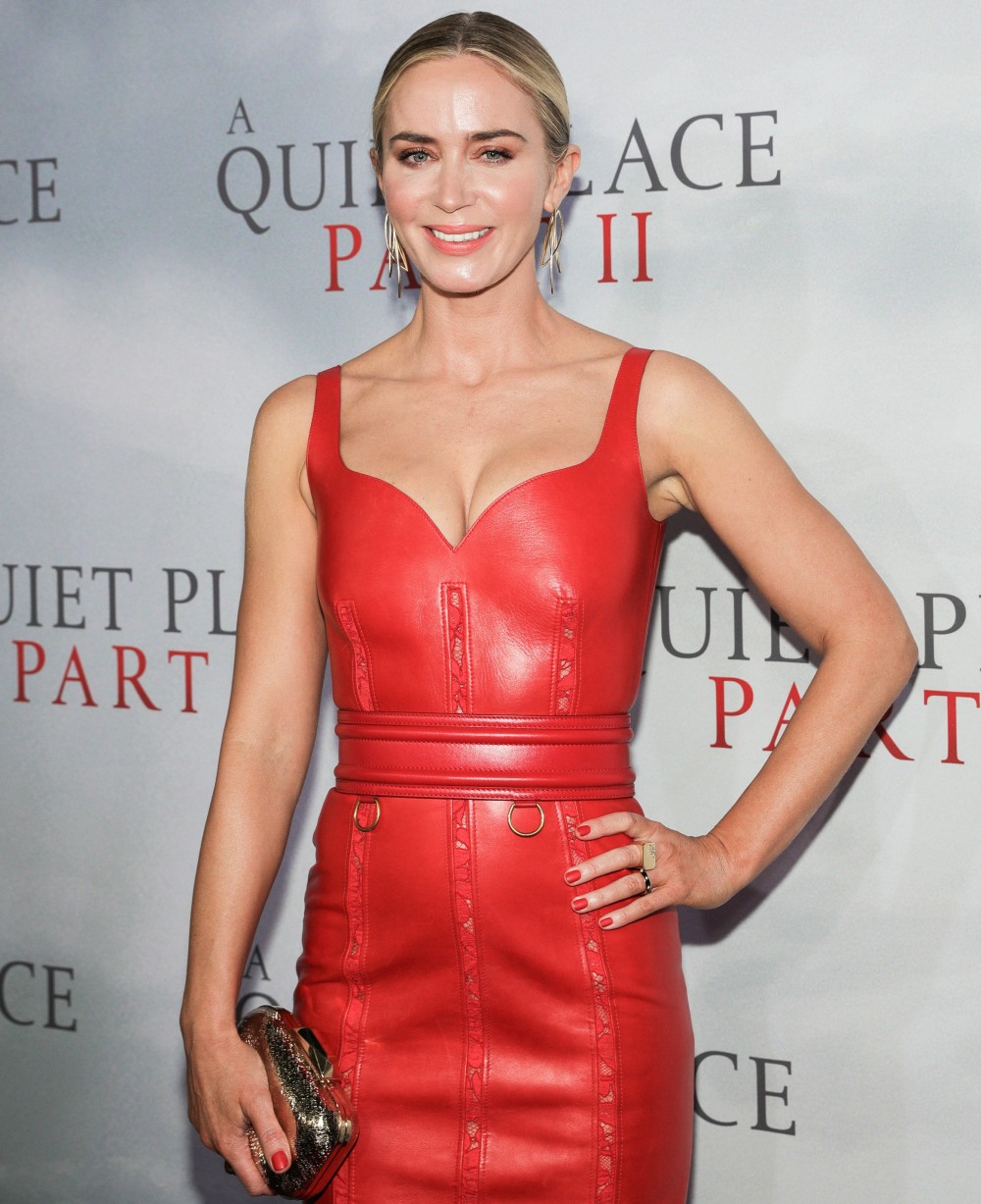 Here’s the latest trailer for A Quiet Place II.

23 Responses to “Emily Blunt in McQueen for ‘The Quiet Place II’ NYC premiere: cute or dated?”