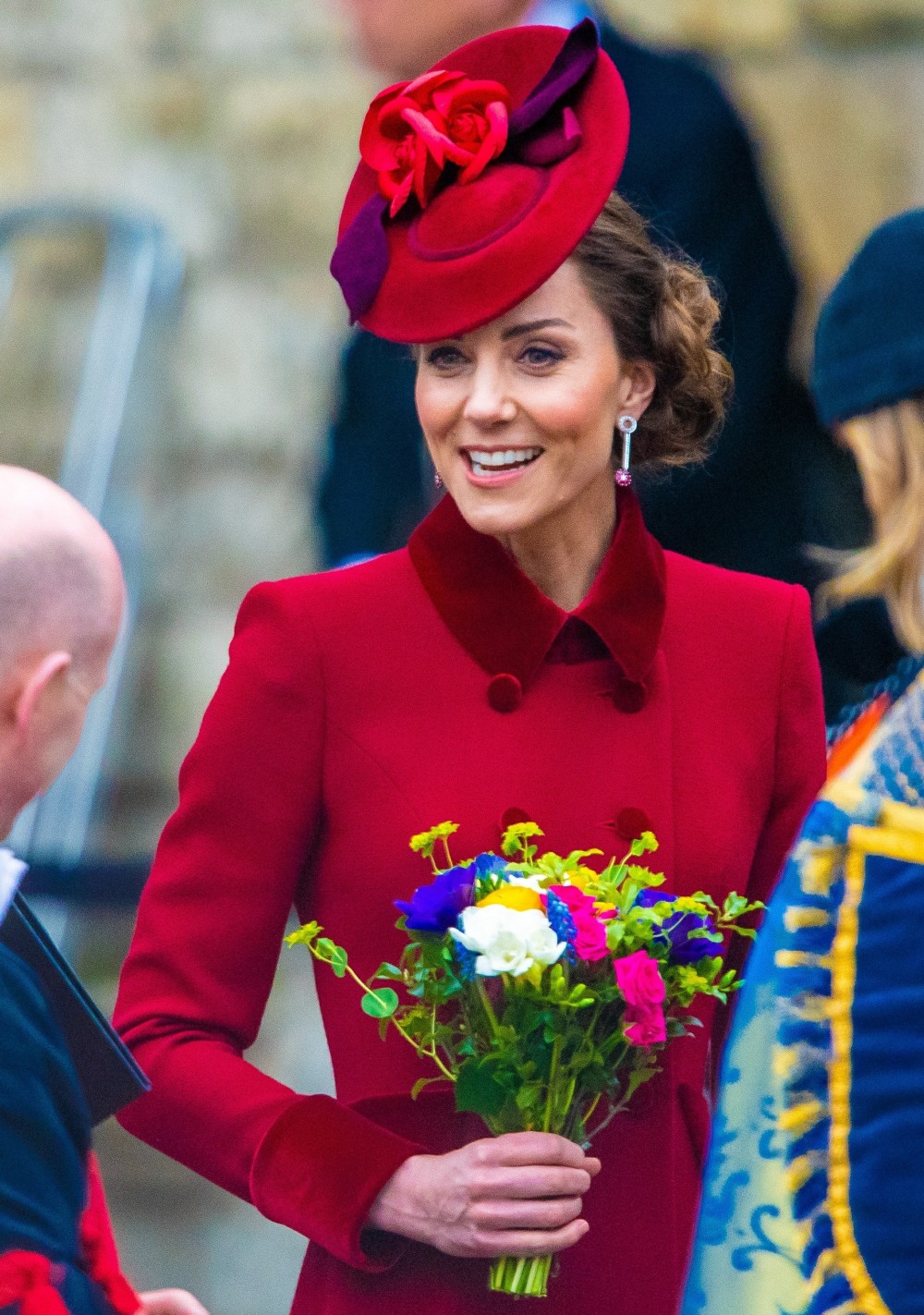 I’ve always been quietly obsessed with the Duchess of Cambridge’s jewelry and what she wears and what she does NOT wear. She’s the future-future queen and clearly, the Queen has opened up the Royal Collection jewelry vault to Kate so that Kate can wear *some* of the bigger pieces, the ones fit for a future queen. But what’s notable is how rarely Kate actually wears those Royal Collection pieces. It’s not the rarity of her “tiara moments,” it’s that she rarely wears the earrings, bracelets and brooches I know she has access to. For a very long time, I don’t think Kate knew HOW to wear big pieces at all – when she did wear a giant diamond necklace, she threw her sausage curls around it, effectively hiding the piece. She has gotten a bit better about those pieces though.

So, these days, Kate wears a lot of costume jewelry, cheap pieces she picks out herself, or more expensive pieces which… we don’t know much about. Like, it was always said that “William buys her this or that,” but there’s more evidence to suggest that Kate herself is running to Kiki McDonough for the bulk of her earring collection (mostly smaller, semi-precious stones). I also assume that Charles has bought the bulk of those (overpriced) pieces. But here’s something a bit different: Kate apparently has a ruby-and-diamond set of earrings, bracelet and necklace and no one knows where it came from. We saw the earrings on Commonwealth Day and now people are like “wait, we haven’t seen these since 2011, where did they come from?”

The royal mum donned a pair of diamond drop earrings with flower-shaped rubies, which match a set that we haven’t seen Kate wear since her first few months as a royal in 2011. The Duchess dazzled in a black velvet Alexander McQueen dress, accessorising with the diamond and ruby necklace and bracelet, at the Military Awards with William and Prince Harry. The pieces are by Mouawad, a Geneva-based diamond house, which has been in business for more than 100 years. The jewels were reportedly a wedding present and in April, William and Kate will celebrate their ninth anniversary.

The earrings are thought to be part of a suite of diamond and ruby jewels that she received as a wedding present from an unknown well-wisher. The set, known as the Mouawad Ruby and Diamond Demi-Parure, also includes a bracelet and necklace that the Duchess has only worn on one previous occasion in 2011.

Little else is known about the set, including the price, but it proved the perfect addition to Kate’s monochrome look yesterday.

So… for her wedding in 2011, Kate received an expensive diamond-and-ruby jewelry set from an unknown/mystery benefactor and before Commonwealth Day 2020, she had only worn the pieces one time in a decade? This is very strange! My theory is that Kate knows very well who gave her these jewels and the palace simply doesn’t want other people to know. My guess is some Middle Eastern despot gifted them and Kate probably doesn’t wear the pieces because they’re not her style and because she doesn’t want people asking too many questions. I also have to ask: if Meghan had received hundreds of thousands of dollars worth of jewels for her wedding, would the reaction have been different? 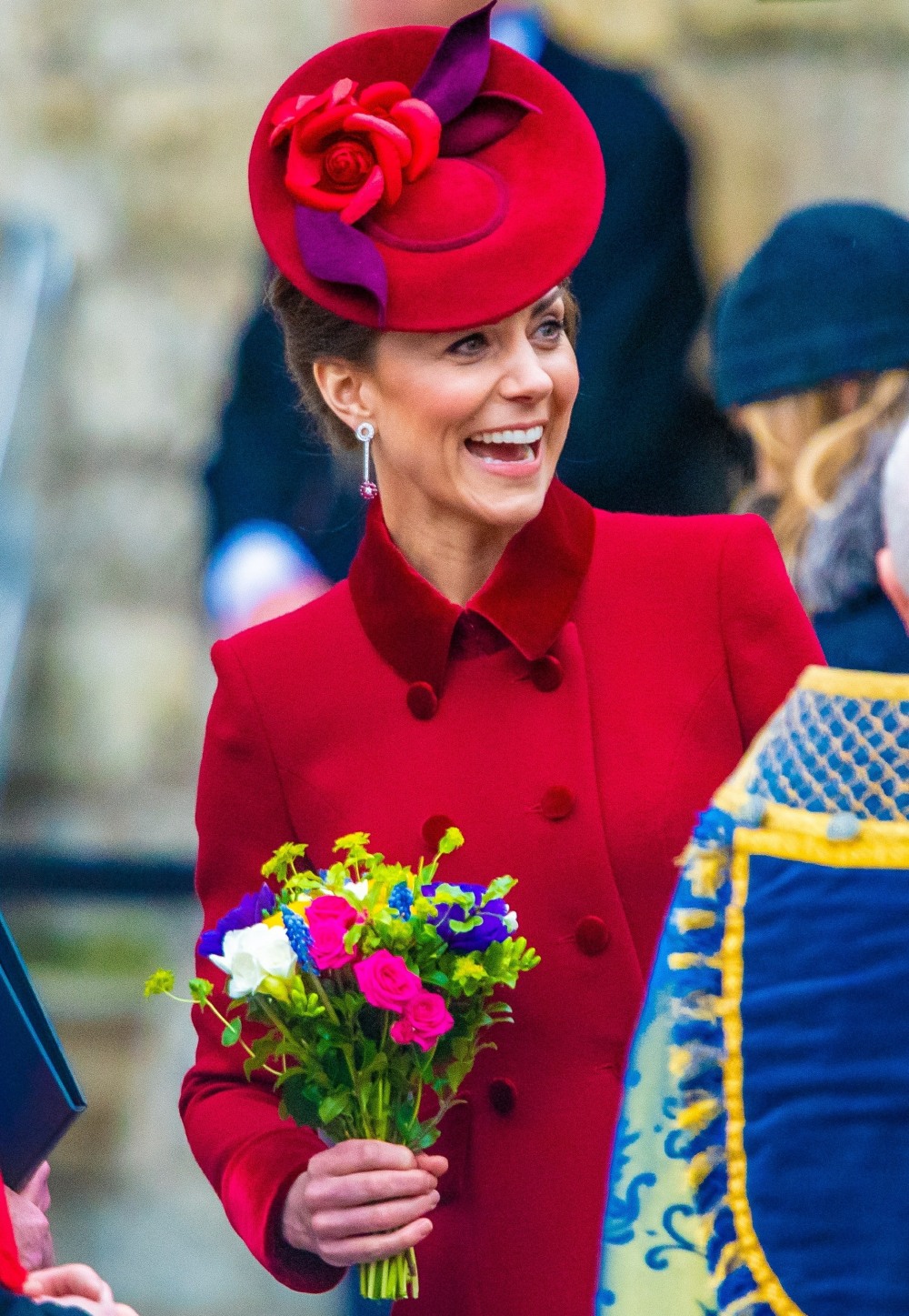 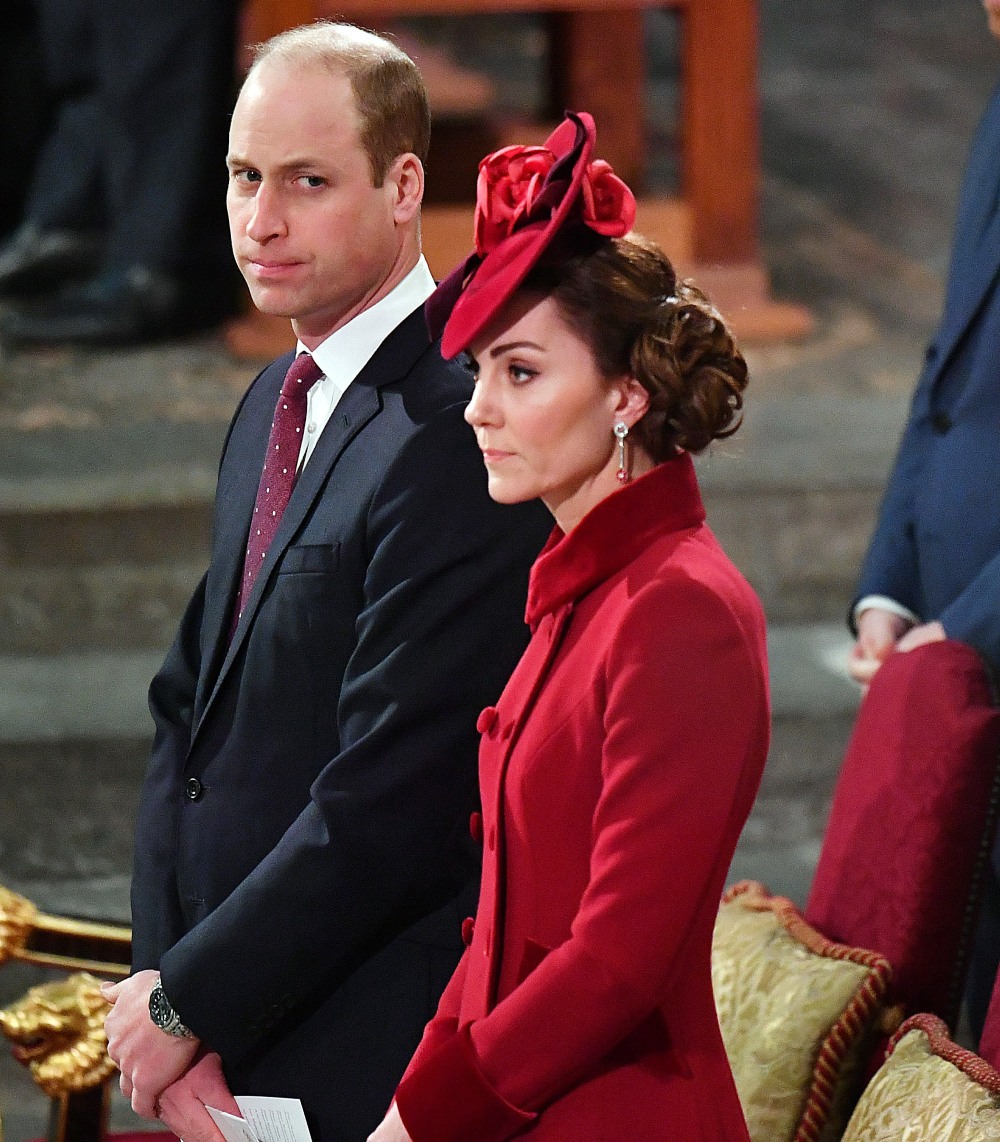