Would you like to see Brittany Snow’s rainy-Malibu wedding photos?

So happy for you both @tylerstanaland 😊❤️. You are amazing together 👰🎩. Welcome to the family @brittanysnow

Brittany Snow is, I suspect, most famous for her role in the Pitch Perfect franchise. Snow has been around for years, appearing on many TV shows (she’s currently in Almost Family) and films over the years. I’ve always liked her, but I really don’t pay much attention to her as a celebrity. But everybody loves wedding photos, right? This past weekend, Brittany married Tyler Stanaland in Malibu. My guess is that they’d planned the wedding for months and since it was a relatively small ceremony anyway, they didn’t feel like cancelling just for the coronavirus pandemic. Even though… they probably should have? I don’t know. Apparently, 100 people were there. Bad news, in retrospect.

I think Brittany’s new father-in-law was the one who posted this Instagram collection of their wedding ceremony. Brittany wore a simple Jonathan Simkhai gown with long lace sleeves. Her hair was held back loosely, and she skipped the veil, opting instead for some flowers in her hair. Apparently, they intended to marry in the sunshine on the lawn of Cielo Farms, but the ceremony was moved to a covered terrace because it was raining on Saturday in Malibu. 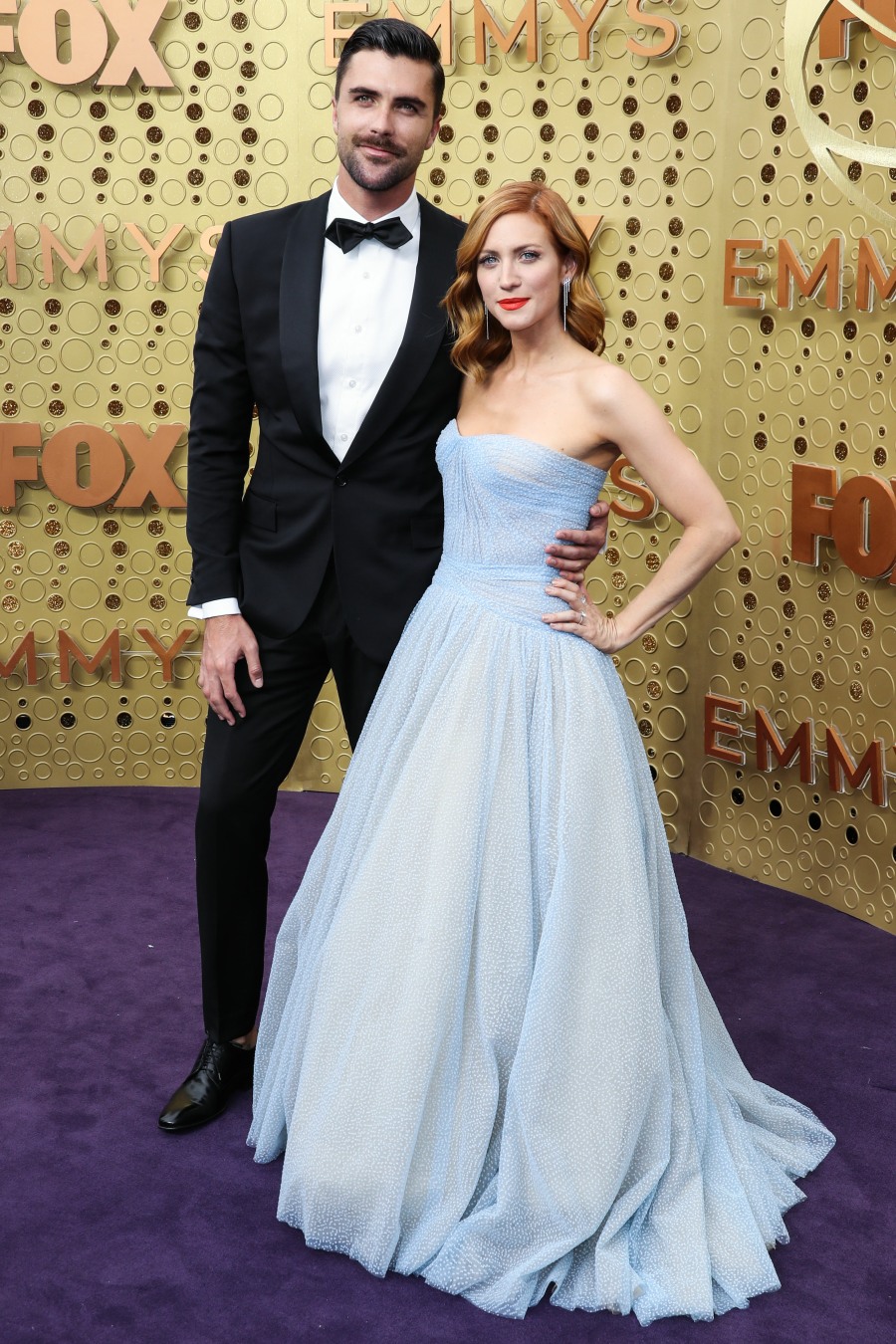 12 Responses to “Would you like to see Brittany Snow’s rainy-Malibu wedding photos?”