Emilia Clarke is still talking about GoT: Jon Snow ‘got away with murder – literally’ 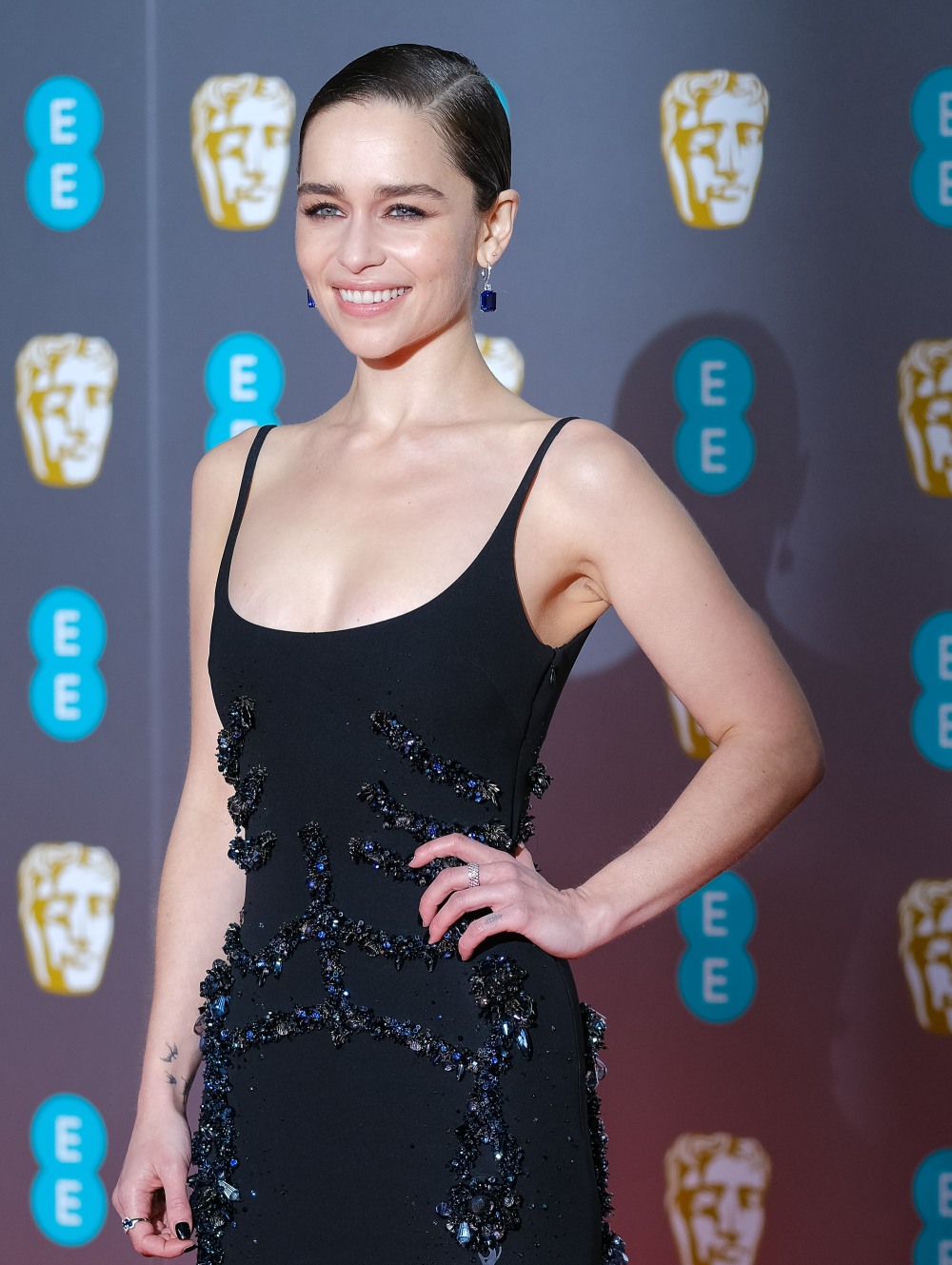 We’re about one year past the final season of Game of Thrones. We were so excited, do you remember? We all had such expectations for it, for how they would end this cultural phenomenon. I legitimately believe the expectations were impossibly high and that there was no way the show could meet those expectations. But they didn’t even really try. The scripts of the final season were half-assed, misogynistic and poorly done. The ending hinged on a handful of dudes talking amongst themselves and basically saying “this bitch is crazy, right? Right.” And because those bros convinced themselves that the bitch was crazy, they got a man who loved Daenerys to kill her. I get why so many of the GoT actors have issues with just saying it outright, that the last season was terrible and the exact opposite of fan-service, but damn, it would help me if just *one* of the major actors was like “it was so bad.” Instead, Emilia Clarke is basically just saying words:

Nearly ten months after the series finale of Game of Thrones aired, star Emilia Clarke still isn’t too happy about the ending. Her beloved character, Daenerys Targaryen, was murdered by her aunt (and once lover) Jon Snow (Kit Harington), which ‘annoyed’ her, as she told The Times in a wide-ranging interview as she gets ready for her West End play The Seagull.

‘Yeah, I felt for her. I really felt for her. And yeah, was I annoyed that Jon Snow didn’t have to deal with something? He got away with murder — literally,’ Clarke said.

Clarke had known the ending for years, revealing that when the show finally did come to a close, ‘it felt like coming out of a bunker. Everything felt really strange.’

‘I knew how I felt when I first read it, and I tried, at every turn, not to consider too much what other people might say, but I did always consider what the fans might think — because we did it for them, and they were the ones who made us successful, so … it’s just polite, isn’t it?’ Clarke added.

The actress added that the ‘global temperature,’ referring to the glut of ‘horrific news’ we’re bombarded with daily helps, ‘explain the enormity of the fans’ outrage.’

‘Because people are going, finally, here’s something I can actually see and understand and get some control back over … and then when that turns, and you don’t like what they’ve done,’ she added.

When asked if she was mad that Daenerys didn’t get a ‘happy ending,’ she admitted that she was, but added that the show was a ‘gift’ for her as an actor.

Aside from the ending, many fans criticized the final season since it was just six episodes, while the first five seasons came in at 10 episodes apiece. ‘We could have spun it out for a little longer,’ Clarke admitted, while adding the show could have used more dialogue. It was all about the set pieces. I think the sensational nature of the show was, possibly, given a huge amount of airtime because that’s what makes sense,’ she said.

Again, I don’t blame the actors. By the final season, the last actors standing were doing a great job… except for maybe Peter Dinklage, whose face belied the fact that he had mentally checked out months beforehand. Emilia did a good job with what she was given. The problem was always with what she was given. And yes, Jon Snow got away with murder! The dudes of the show got away with all kinds of horrific sh-t and they survived but somehow Jon Snow’s punishment is a vague exile and Dany gets murdered for doing what all of the dude rulers had done before her. SMH, this totally was about dude bros punishing a lady with power. 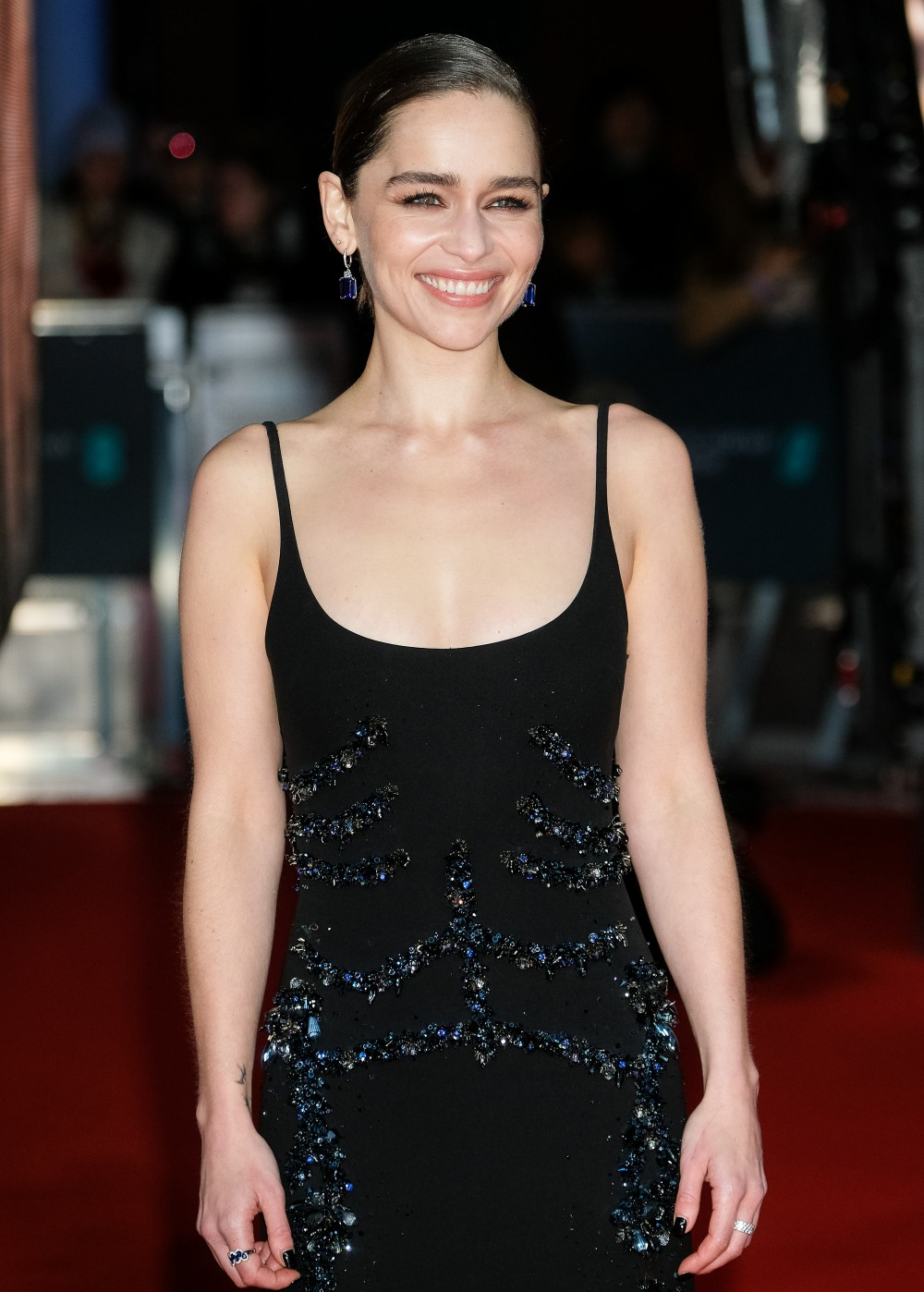 43 Responses to “Emilia Clarke is still talking about GoT: Jon Snow ‘got away with murder – literally’”