Geena Davis: Gender parity in lead roles has finally happened, but there’s more to do 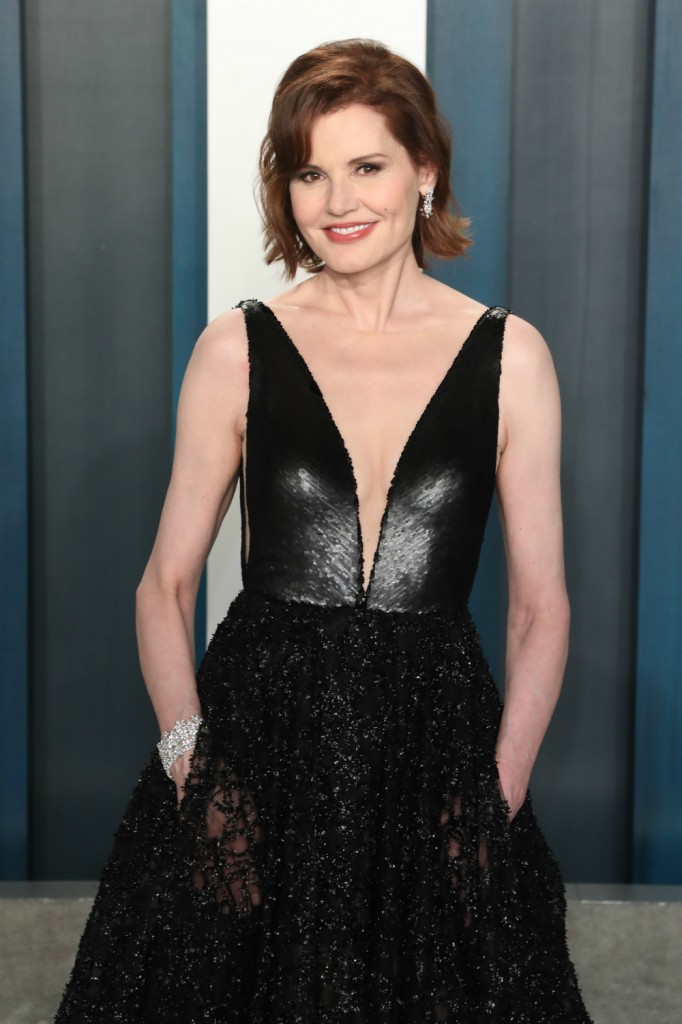 Geena Davis has been banging the gender parity drum her entire career (and bless her for it). When she got tired of the ‘promise’ of more women in substantial roles not materializing, she founded the Geena Davis Institute in Gender in Media to quantify just how far behind female representation was. Through (and mostly likely, in part, because of) her studies, the tides are finally starting to turn. But, like most things Hollywood, there’s still a long road to sow.

Geena Davis has headlined some of the most progressively female-centric films of all-time, including Thelma & Louise and A League of Their Own — but the Oscar winner says Hollywood did not change much for women until only very recently.

“When I first started out, was a time when every year at the Oscars Meryl Streep, Jessica Lange, Glenn Close and Sally Field were nominated for these incredible movies starring them and getting awards,” Davis tells PEOPLE in this week’s issue. “I’d heard the concept that women over 40 don’t work, but I thought ‘They’re changing everything. This is how it’s going to be, and I won’t have to worry about anything.’ And that didn’t turn out to be true. It didn’t really change anything.”

As Davis’ star began to ascend with memorable projects including Beetlejuice, she felt that confidence in change waning, even and after winning an Academy Award in 1989 for The Accidental Tourist.

“Winning the Oscar… makes you feel incredible and appreciated,” she says. “But I don’t know that it changes your career. I really don’t know if anybody hired me because of the Oscar after that.”

“But I was getting some really good parts, interesting parts,” she adds — particularly when she was paired with Susan Sarandon in 1991’s Thelma & Louise, a feminist empowerment tale that struck a powerful chord among audiences. “When Thelma & Louise came out and we saw the reaction to that movie, it was mind-blowing what a nerve it struck. And all the press said, ‘This changes everything! Now we’re going to see so many movies with women.’ And I was like ‘Hot dog — I’m going to be in a movie that changes everything.’

“My very next movie was A League of Their Own, where they said the same thing: ‘A giant hit with women playing sports — we’re going to see so many more female sports movies,’ and none of that happened,” Davis recalls. “And I kept waiting for it to happen.”

“Some other movie would come along and do really well: First Wives Club did really well, and I thought, ‘Okay, well, now… ‘” she remembers. “And the numbers have never moved. And in fact, the ratio of male to female characters on screen in films has been exactly the same since 1946.”

But today, thanks in no small part to the statistical research conducted and shared with film studios and TV networks by the Geena Davis Institute on Gender In Media, which she founded in 2004, she’s finally seeing a rising trend of better roles for women in Hollywood, in front of and behind the camera.

“It finally has happened,” she says. “We have just found, both that in kids’ TV and kids’ movies, we’ve reached gender parity with the lead characters — which is historic, it’s never happened. It’s been decades and decades where it was two-to-one, and now it’s equal. But there’s still a lot of work to do in the supporting characters, in the group scenes and crowd scenes, still very limited number of female characters.”

Geena’s work towards gender party is remarkable. We, the viewing public, have been fed the same entertainment for so long, it just seemed normal to only see a small number of women on screen. But looking at the numbers is quite sobering. Ever since reading the reports coming for Geena’ studies, I see films and shows in different light. And look how long it took to make some movement in the right direction. That’s why it’s so important to keep bringing these things up, because Hollywood will give us A League of Their Own and expects us to be sated for the next few decades when they decide to take a chance on another female led film.

Geena won the 2019 Jean Hersholt Humanitarian Award for her work with the Institute. I hope she and her organization continue to get the recognition they deserve, mainly because then we might get institutions for every underrepresented group on film. It will be nice when tokenism goes away and the face of film becomes as colorful as the world around us. 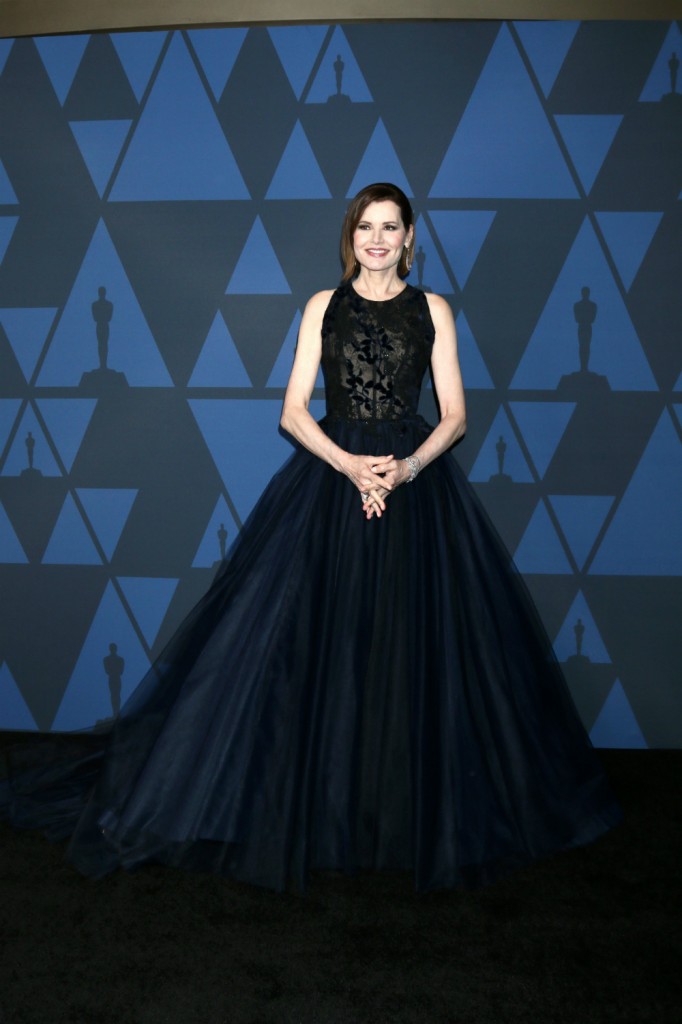 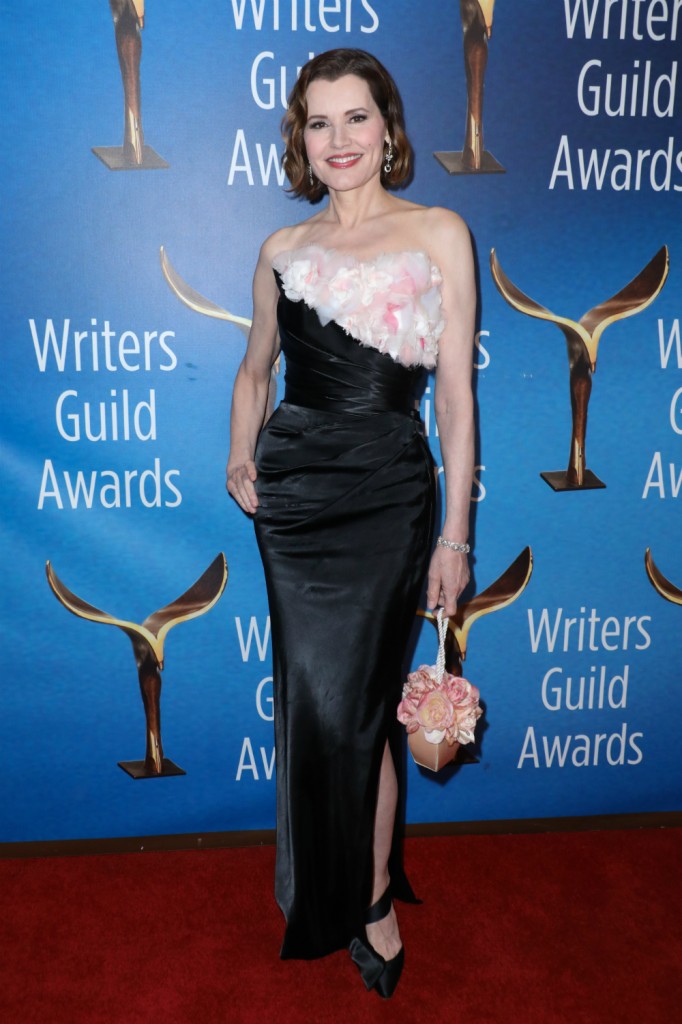 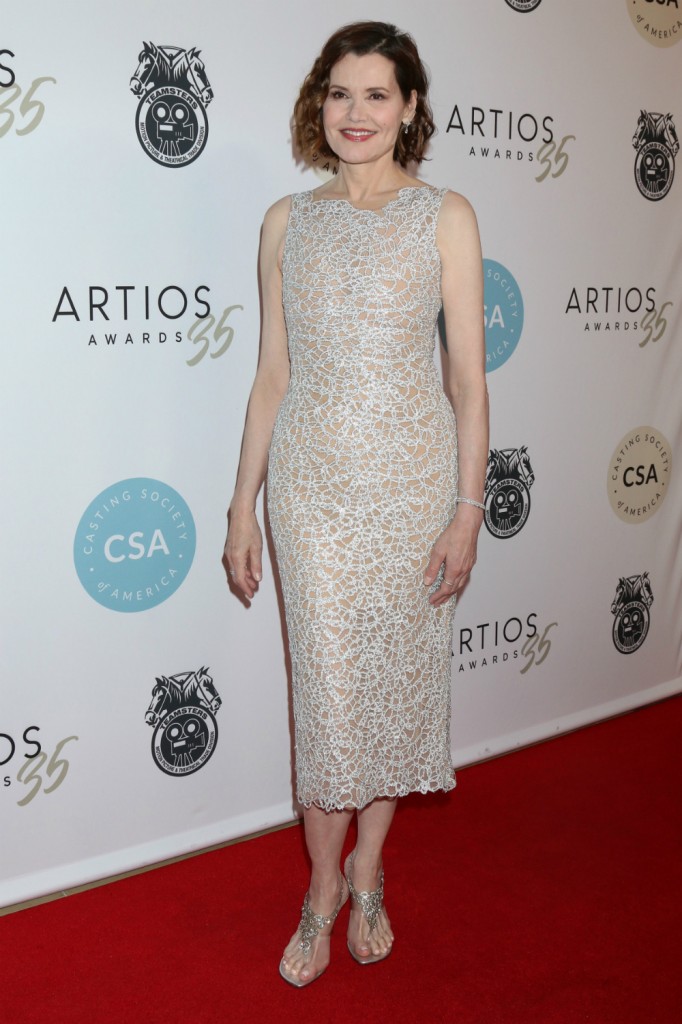 3 Responses to “Geena Davis: Gender parity in lead roles has finally happened, but there’s more to do”