Princess Beatrice’s wedding ceremony could be a five-person ‘elopement’ 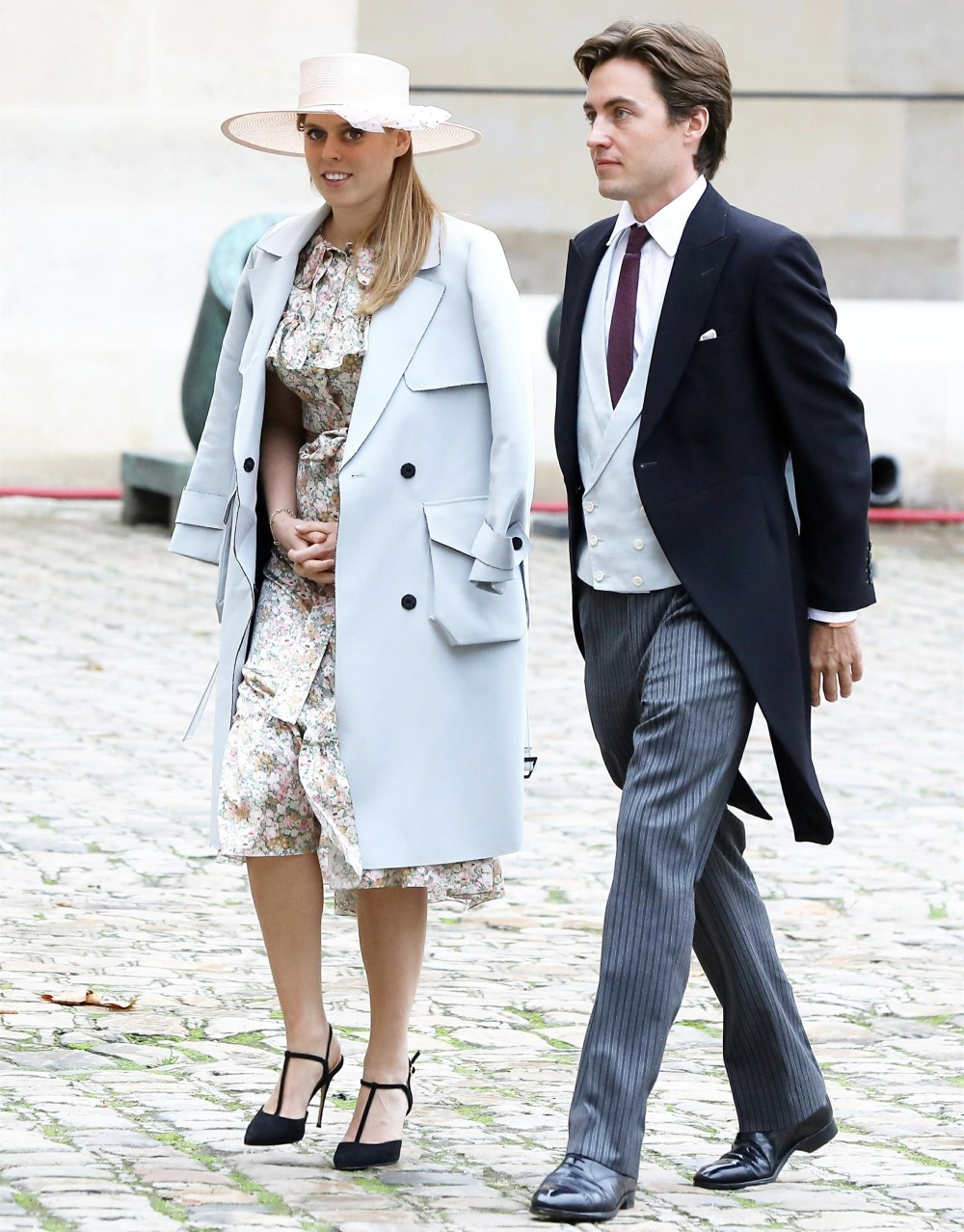 Princess Beatrice’s wedding is cursed. That’s the working theory by the British tabloids, as it’s looking more and more like Beatrice’s May 29th wedding will probably be postponed or cancelled or something. Last week, the palace finally announced that the wedding reception was off – it was due to take place at Buckingham Palace, in a posh tent in the garden. Now it looks like the wedding ceremony will be severely limited if it does take place. The Church of England has “advised that during the coronavirus outbreak, the number of people attending church weddings should be limited to the legal minimum of five – which consists of the happy couple, the priest, and two witnesses.” Over the weekend, the Daily Mail suggested that Beatrice and Edo are thinking about eloping instead. This DM piece includes some tea about the start of Edo and Bea’s relationship and some vague “let’s just blame Meghan” sh-t.

This week they indefinitely delayed their wedding reception — a lavish affair due to be held on May 29 — which was to have seen a throng of A-listers raise a toast to the happy couple on the lawns of Buckingham Palace. Friends say restrictions on large gatherings, and the fear of the impact of coronavirus on the older generation, made the decision inevitable. Now the couple are deciding what they will do.

Extraordinarily, they are weighing up the possibility of a behind-closed-doors ‘elopement’-style wedding that will feature just five people: the bride, groom, the priest and two witnesses. They would then throw the party to end all parties some months hence, when all is back to normal. It would be an extraordinary conclusion to what must surely be the most cursed engagement in royal history; so far it has been knocked off course by a General Election, Prince Andrew’s Newsnight blunder, Megxit and now Covid-19.

Beatrice, the ninth in line to the throne, started dating long-time family friend Edoardo Mapelli Mozzi in October 2018. She renewed her friendship with the property developer and father-of-one at her sister Princess Eugenie’s Windsor wedding. The news upset the family of his ex-girlfriend, Dara Huang, who had believed the two of them were still an item. Edo, as friends call him, and Dara were still living together in London, although sources insisted they had split six months previously and were only sharing a home to co-parent son Wolfie, three. Her mother Lily said: ‘I think Dara was hiding it from me. She didn’t want me to be sad. I am shocked.’ In September last year, handsome Edo proposed at sunset during a romantic stay at Le Sirenuse Hotel in Positano, on Italy’s Amalfi coast.

The York family were overjoyed at Beatrice’s happiness, which followed a ten-year dead-end romance with businessman Dave Clark. Dara, a stunning American architect and Harvard graduate, remains a part of Edo’s life. In January this year it was reported that Beatrice, 31, ‘would rather there was a little more distance’ between her fiance and his ex. Dara is said to still help Edo, 37, pick out clothes and cut his hair. She was also a part of the wedding plans and was to attend in order to look after Wolfie, who will be his father’s ‘best man’.

Beatrice and Edo could wait for a year, or more, and have the wedding and reception as planned. But it seems more likely that they will marry in May and have a party later in 2020 or in 2021. Friends say they are ‘madly in love’ and really want to marry sooner rather than later. One suggests they are so keen for it to go ahead they are willing to do this even if the wedding is just the two of them, an officiant and two witnesses — the legal minimum number of people who must be in attendance.

The Church is currently recommending that couples stick to this minimum. The venue will likely be their existing choice of the Chapel Royal in St James’s Palace — where Beatrice and Edo share an apartment.

Maybe I completely missed it, but after claiming that “Megxit” somehow affected Beatrice’s wedding plan, the DM couldn’t even come up with a reason why? That’s because the Duke and Duchess of Sussex’s exit had no impact on Beatrice. Bea’s father Prince Andrew and his sh-tty BBC interview was the biggest reason why Beatrice and Edo couldn’t set the date. As for the tea about Edo and Dara… I mean… it’s interesting that they’re throwing in those details now, as a wedding postponement is likely. I get the feeling that Beatrice is pushing to marry sooner rather than later. I wonder how Edo feels about that, really. 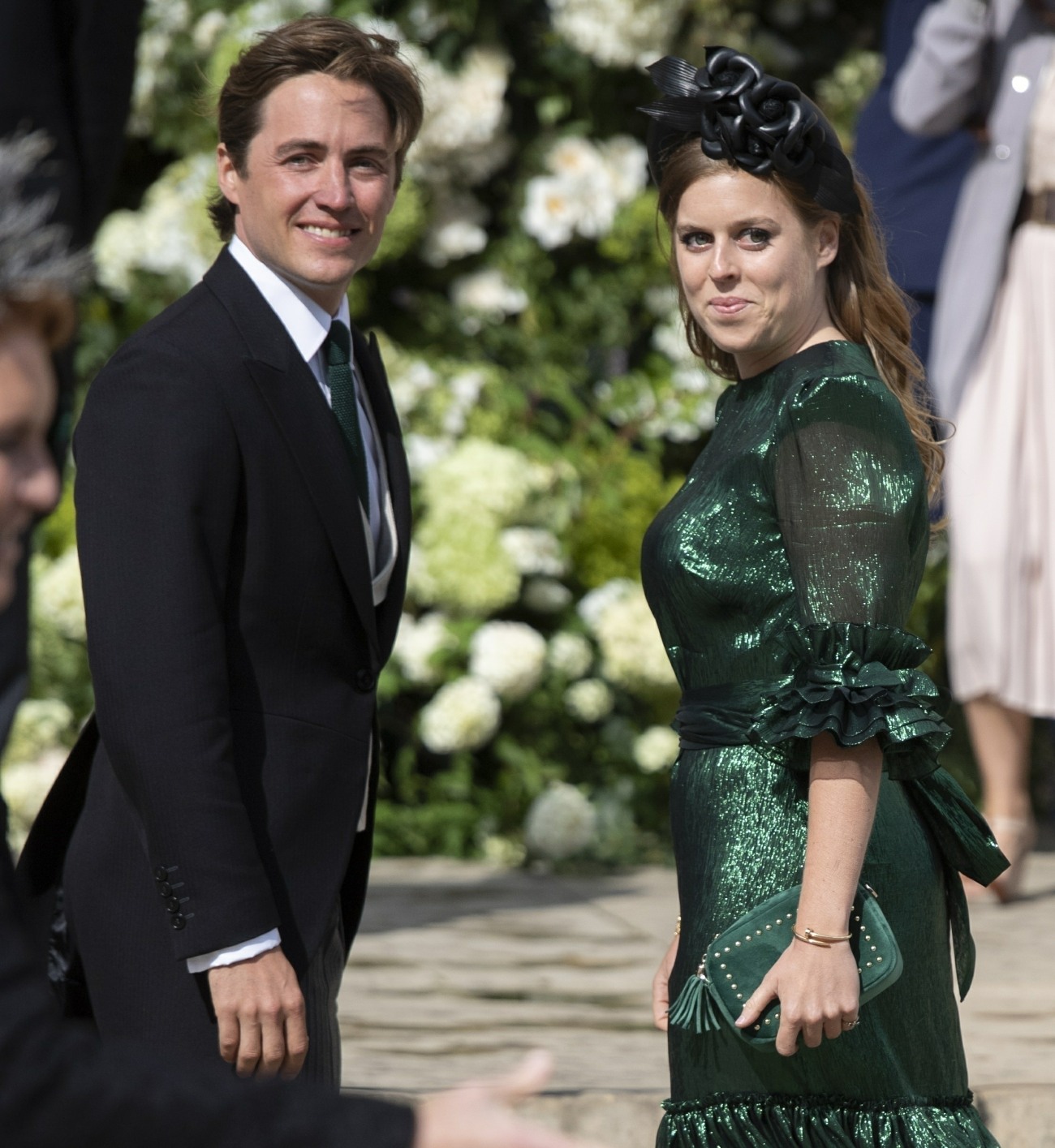