Rihanna: ‘Racism is alive everywhere. Everywhere. It’s the same [in the UK]‘ 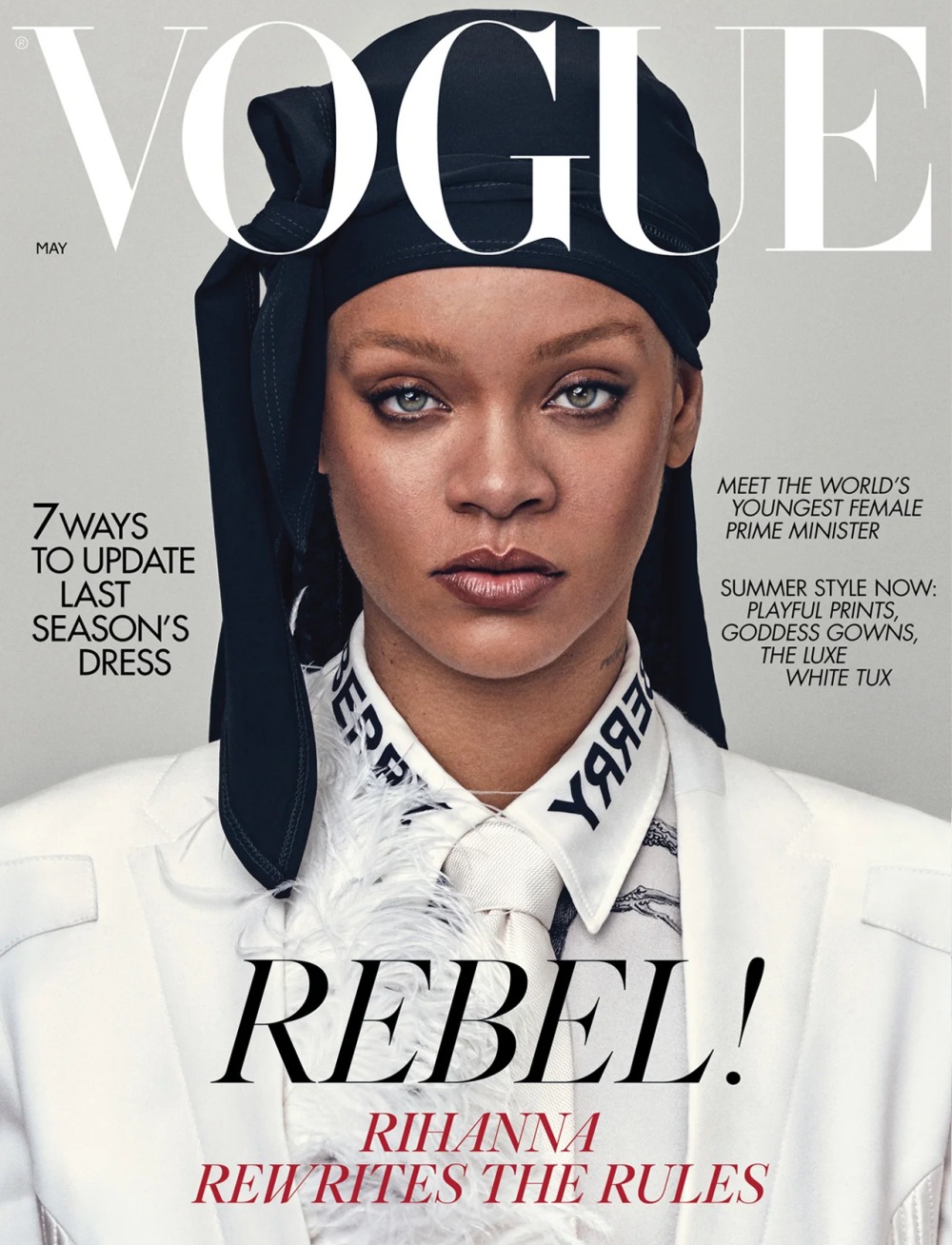 Rihanna covers the May issue of British Vogue. She arrived hours late to the interview, and then she sat there and talked to the Vogue lady for hours, as the sun came up. I don’t think people really appreciate the fact that Rihanna is literally a vampire – she stays up all night, she only sleeps in “pockets” for a few hours here and there, and she never goes out of her way to eat “healthy” food (much like a vampire). Rihanna presumably intended this cover interview to be timed for promoting her new album. But Rihanna won’t say when the album is happening, so here we are. Thankfully, she’s got like five other multi-billion-dollar industries around her too – Fenty Beauty, Savage X Fenty lingerie, her Fenty clothing line and everything else. You can read the full interview here. Some highlights:

She loves Mexico: “I just love Mexico. I really need to do my DNA test.” Her mother, Monica, was an immigrant to the Caribbean island from Guyana, the former British colony in South America. Rihanna tells me that Guyanese immigrants were unpopular in Barbados when she was growing up. “The Guyanese are like the Mexicans of Barbados. So I identify – and that’s why I really relate and empathise with Mexican people or Latino people, who are discriminated against in America. I know what it feels like to have the immigration come into your home in the middle of the night and drag people out.”

Her new album: “I can’t say when I’m going to drop. But I am very aggressively working on music. I don’t want my albums to feel like themes. There are no rules. There’s no format. There’s just good music, and if I feel it, I’m putting it out… I feel like I have no boundaries. I’ve done everything – I’ve done all the hits, I’ve tried every genre – now I’m just, I’m wide open. I can make anything that I want.”

She wants people to buy black: “Being the first black woman to lead a luxury house, especially under LVMH, it was a huge deal to see him just encourage people to buy black. I felt connected to it, and knowing why really made me feel like there’s no way I can ignore this.”

Living in London. It’s given her a different perspective on the global struggle against racism and injustice. “I think police brutality is probably extremely severe in America, but racism is alive everywhere. Everywhere. It’s the same [in the UK]. It’s either blatant, which is becoming more and more of a norm, or it’s underlying, where people don’t even know they’re being obvious about it. You know, it’s just a subconscious layer that’s embedded from their entire core.”

She only hangs out with the fanciest crowds in London: “I like it because they’re too bougie to give a sh-t about me. When I walk into those places, I am invisible. And nothing makes me feel better than being invisible.”

She’s single, 32 years old and feeling herself: “Since I turned 32, I’m realising life is really short. You don’t have a lot of time to tolerate sh-t, you know? You put so much on your plate. When you’re overwhelmed, you need to start cutting things out. And I’m overwhelmed too much.What’s happening now is that I’m going back to black and white. My grey area is shutting down….I’m working like this now so that I don’t have to in the future. I know I will want to live differently.” The main difference she has in mind is children. When I ask her where she sees herself in 10 years, she says, in a distinctively Bajan tone of disbelief, “Ten years? I’ll be 42! I’ll be ancient. I’ll have kids – three or four of ’em.”

I could easily see her as mom of several kids. I think the only thing keeping her from motherhood is herself – she could walk away from everything right now and start having babies and I wouldn’t be surprised, but I think she’s several years away from that. And come on, every man in the world wants to be Rihanna’s baby-daddy. I also found her talk about British racism very interesting – she’s been living in London pretty much full-time for something like three or four years. She saw all of the Duchess of Sussex stuff. She’s seen all of it. 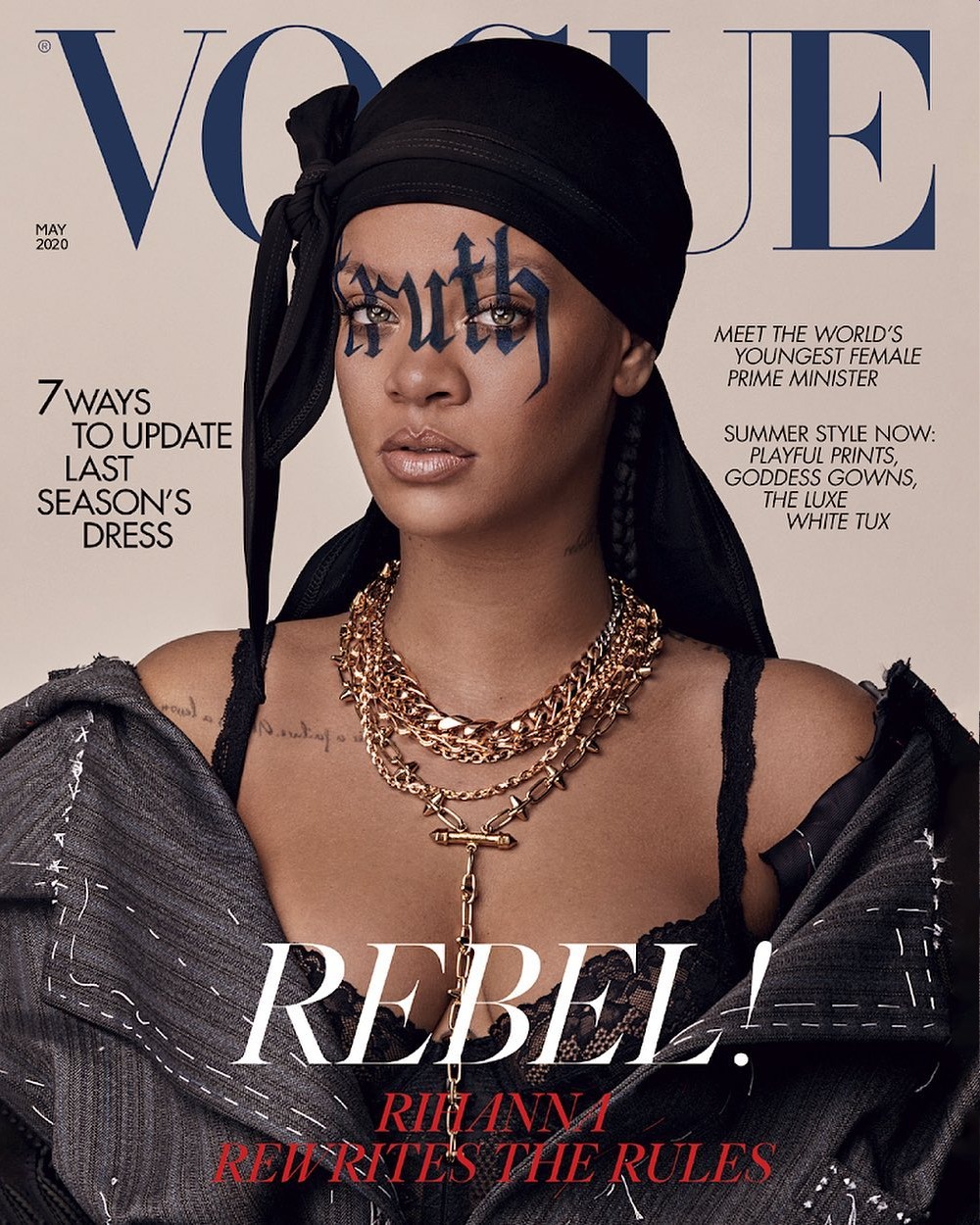 18 Responses to “Rihanna: ‘Racism is alive everywhere. Everywhere. It’s the same [in the UK]‘”