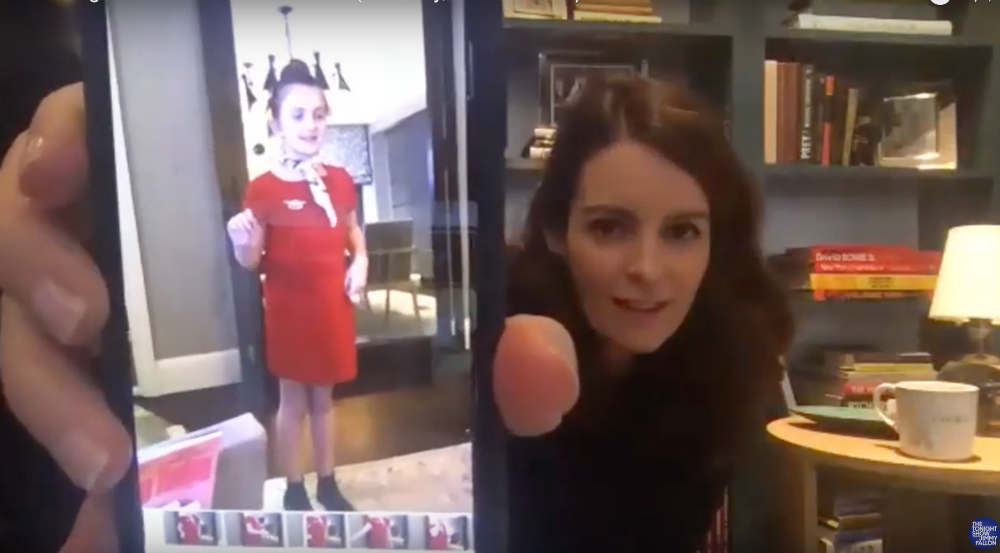 Tina Fey appeared via Zoom on The Tonight Show with Jimmy Fallon. Jimmy and Tina are old friends from their SNL Weekend Update days, so they always play well off each other. If you haven’t watched Jimmy’s fifth anniversary show done in the style of The Larry Sanders Show, do yourself a favor and watch it. Tina was one of his guests and their bit is really good. Anyway, Tina called in from her Manhattan home and Jimmy asked how she was holding up during quarantine. Much to my delight, Tina and her family have been doing some really creative things during her Stay At Home days, things I might add to our routine. The first thing Tina talked about were their themed dinners, including one in which they pretended to be in an airplane. Tina also mentioned that she, Maya Rudolph, Amy Poehler, Emily Spivey and Ana Gasteyer all got their kids to perform a talent show via zoom and they looped the grandparents in to watch.

The talent show is a stroke of genius. Tina said that Amy’s son Archie was the host, so I guess they submitted their acts prior for him to announce? They are far more organized than I am, but I guess that’s their job in some sense. It doesn’t surprise me that those women have kids who could pull this off. What a great event for the grandparents too. We had our first family Zoom call over the weekend and as chaotic as it was, it really bolstered all of us, especially given we were in three different time zones and have two family members who work in hospitals that were able to attend.

I am really intrigued by these theme dinners Tina’s been doing. She said a few times she got the idea off the internet. I found this story on Buzzfeed, I think this is probably where she got the idea. Tina said that once they were eating dinner in their “airplane seats,” they all got to watch the movie of their choice on their phones. The whole thing sounds so clever. I don’t need normal weekday dinner inspiration, but both my kids birthdays will fall during quarantine. My son’s was last week. I sent him a video saying important military documents had been stolen and he had to track them down, which kicked off a clue hunt in which he received one of his gifts at each location. But I’m still working on an idea for my daughter’s birthday. She mentioned wanting to go to the movie pre-lockdown and I saw a tweet (I think) about a dad turning his living room into a movie theater for family movie night. He made tickets and had a concession stand. Maybe I’ll construct some form of tent and say we’re Glamping. Another idea for those of you with little artists, have a gallery show for their artwork. Work with your artist to ‘curate’ their work and decide how they want it on shown and what they want to name each piece.

If you have the time, watch the whole show in the clip above. Chef José Andrés comes on after Tina and he’s such a delightful person, his exuberance is infectious. 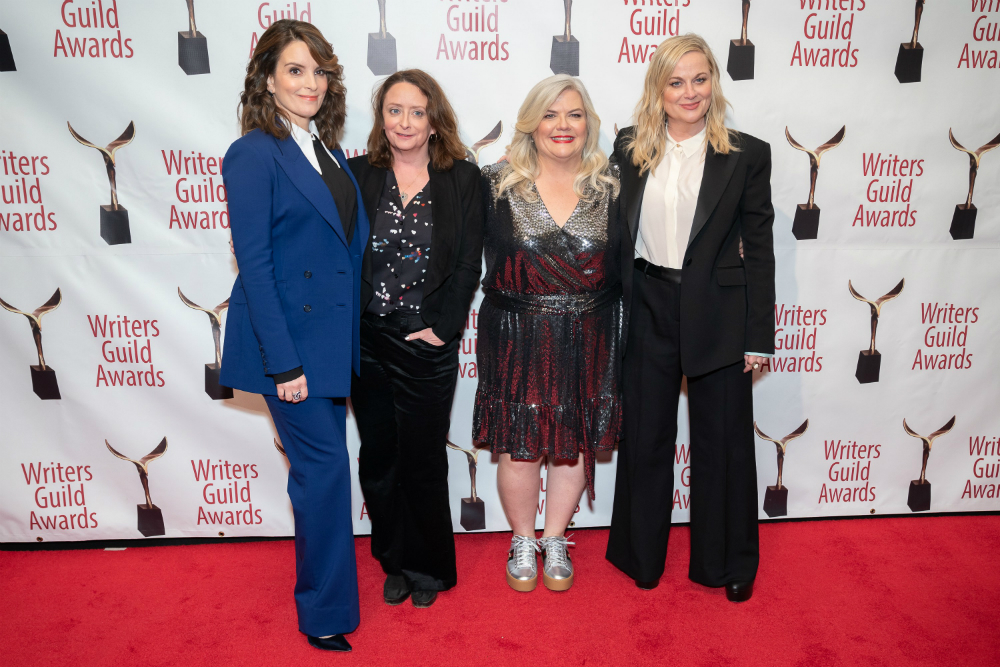 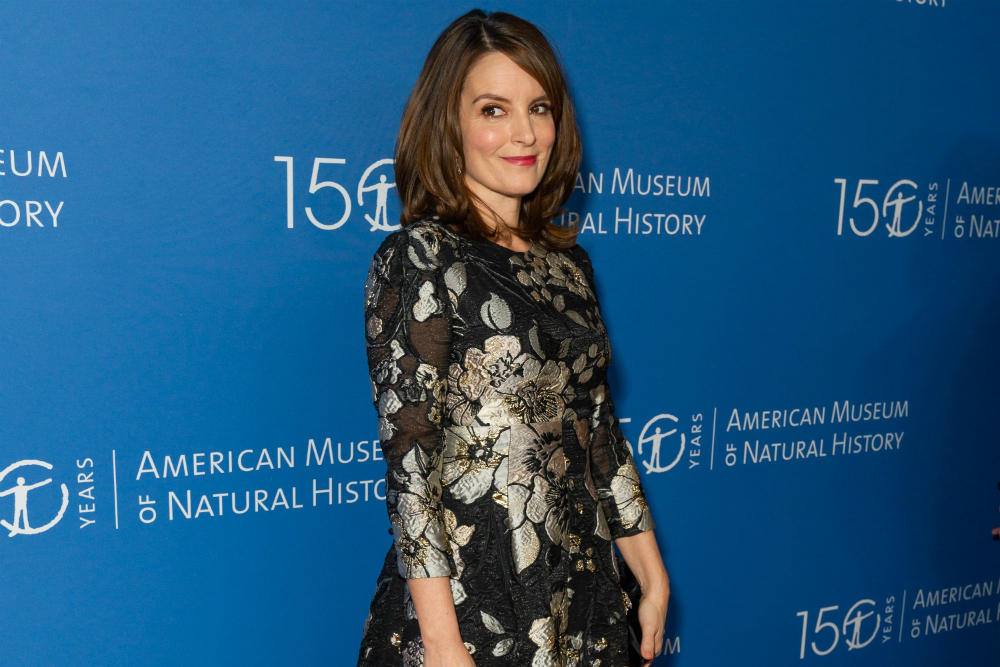 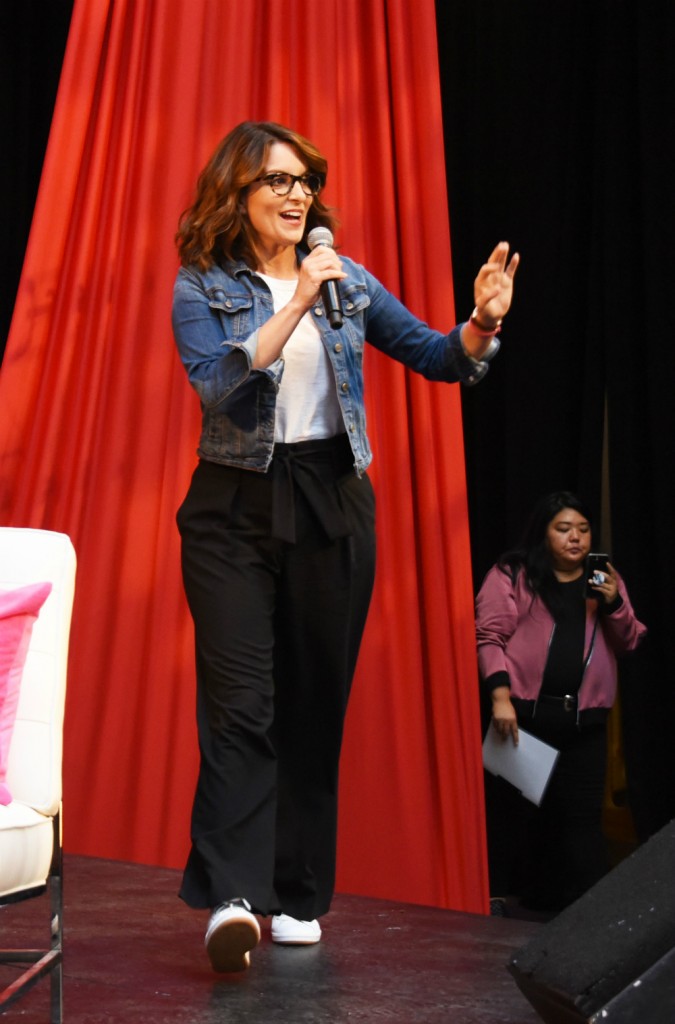