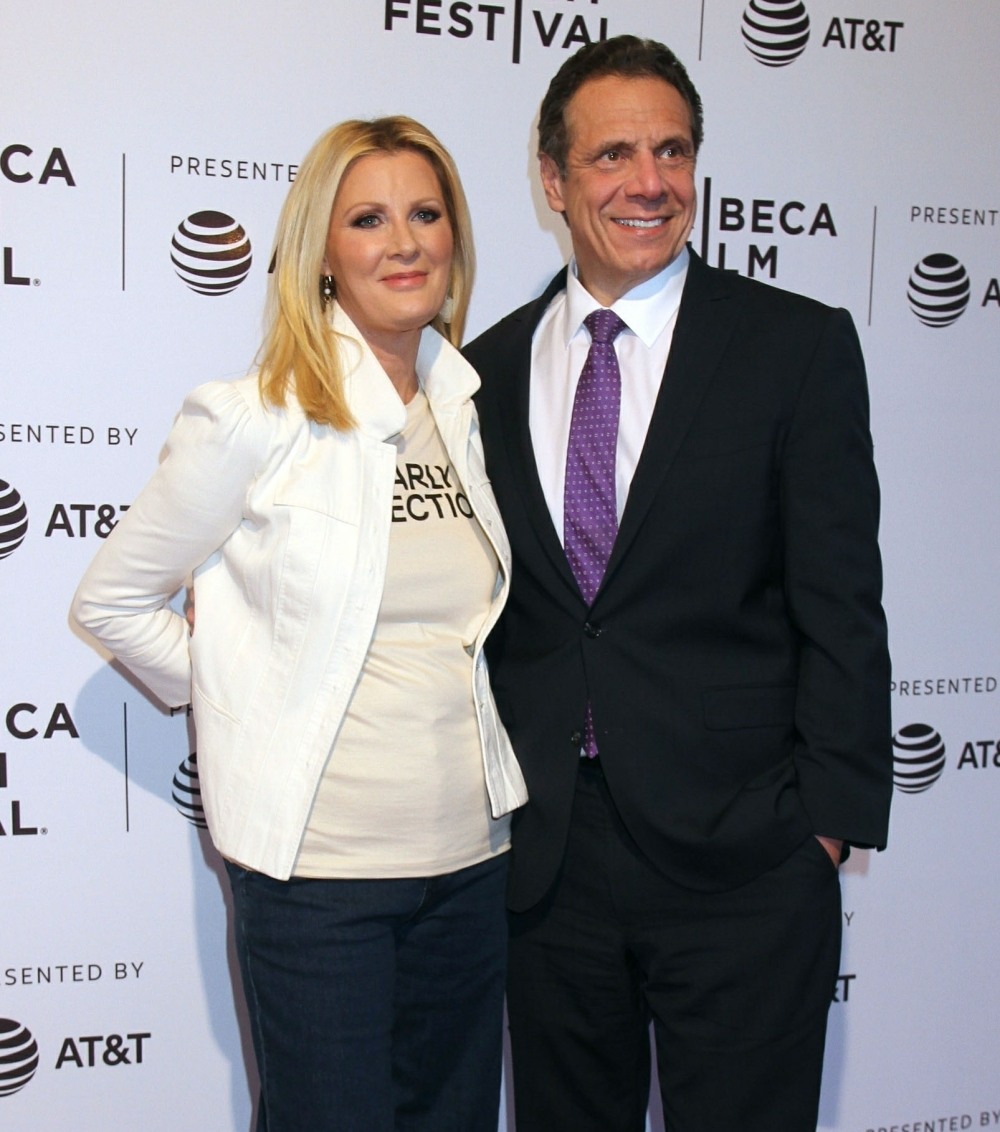 New York’s Governor Andrew Cuomo has never been more popular. He’s been calm and steady in the face of a global pandemic, even with NYC being the “epicenter” of the coronavirus pandemic in America. With his now national and international exposure, of course people are trying to make Cuomo gossip into a thing. Cuomo is probably single – he and Sandra Lee broke up last year after they were together for 14 years. But now people are curious about one thing: is Gov. Cuomo the kind of guy who has a body piercing? This is one of the photos which set off speculation a few days ago:

You really have to look, I guess, at his left nip, which definitely seems… like it might be pierced? Anyway, it was a thing on Twitter for about 24 hours, as punch-drunk quarantined peeps were examining photos of Cuomo in any kind of shirt where you could see his chest. People moved on to the next thing. But… not Cuomo’s ex, Sandra Lee. Sandra gave a somewhat bonkers interview about people were “body-shaming” Cuomo.

Governor Andrew Cuomo’s former girlfriend Sandra Lee has a message for “body shamers” speculating about his nipples, “Knock it off!” The governor set the internet on fire Tuesday with wild speculation that he had nipple rings, but his spokesman denied the public servant was into piercing. Chef and author Lee was with Cuomo for more than a decade before they announced their split last year; however, they have remained good friends.

Calling the speculation about what is under the gov’s shirt “nonsense”, a makeup-free Lee said. “I just want to say body-shaming is not okay — it is never going to be okay when people are out on the front lines working hard for all of our benefits, to then turn around and body shame. Shame on you, knock it off, do something to uplift people and make the world a better place not take cheap shots that are unnecessary. Have a great day and think about that for a little while.”

Lee is believed to be isolating herself at her home in California but has been in touch with the governor by phone amid the coronavirus crisis.

Real question: is it genuinely considered body shaming to wonder aloud if someone has a body piercing, especially when you can sort of see the outline of the piercing through their clothes? If it’s any kind of shaming – and I don’t think it is? – it would be mild kink-shaming more than body-shaming? If Cuomo has a nipple piercing, then people are going to be like “why? Nevermind I don’t want to know, gross!” That’s kink-shaming. But I guess it would be body-shaming if Sandra’s argument is that Cuomo is NOT pierced, he just has a weird bumpy chest?